You probably know them as Panama hats, but the craft is really a product of Ecuador. The media labeled them “Panama” hats after President Theodore Roosevelt wore one when he toured the Panama Canal. But even his hat was made in Ecuador where the small town of Montecristi is home to some of the best traditional hat makers in the country. 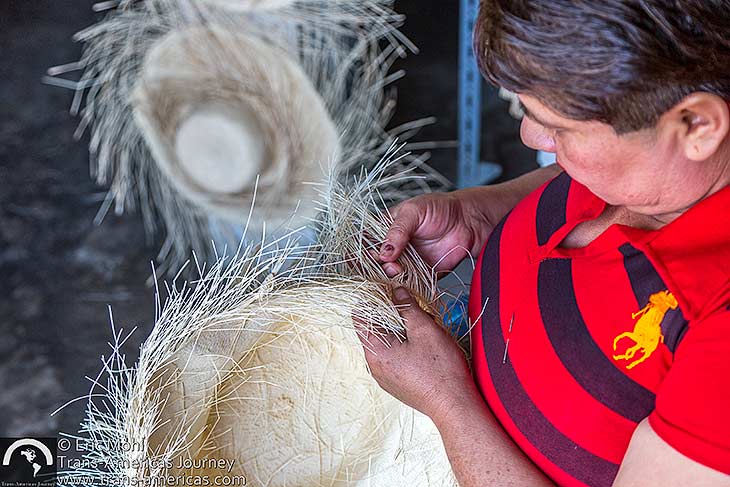 Bert Magdalena Pachay Mero at work on her hats in Montecristi, Ecuador.

When we arrived in Montecristi, near Manabi, we had a hard time finding any of those famous craftspeople who turn out hats worn by models, world leaders, celebrities (Harrison Ford, Michael Jordan, and Michelle Pfeiffer to name a few), and royalty (the Queen of Spain has one).

Differences in the quality of the natural reed called toquilla that’s used to make them and the tightness of the weave are just two factors which contribute to the price of a hat.

First, we headed out in search of one of the most famous hat makers, a man named Marcelo. We found his house/workshop, but there was no one inside, though we did see a few hats displayed in a glass case. 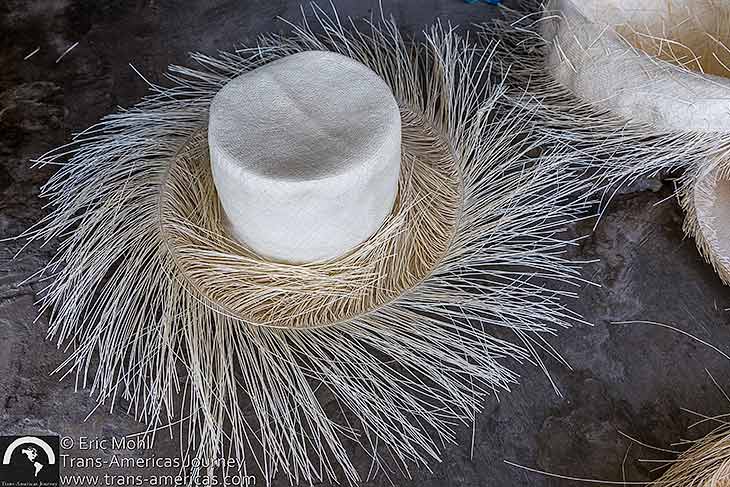 It can take four months to make one high-quality hat.

Across the street, we found Bertha Magdalena Pachay Mero at work on a hat in the doorway of her house. She graciously showed us her hats and explained the differences in materials and workmanship that account for the wide range of hat prices (from US$50 to many, many hundreds of dollars). 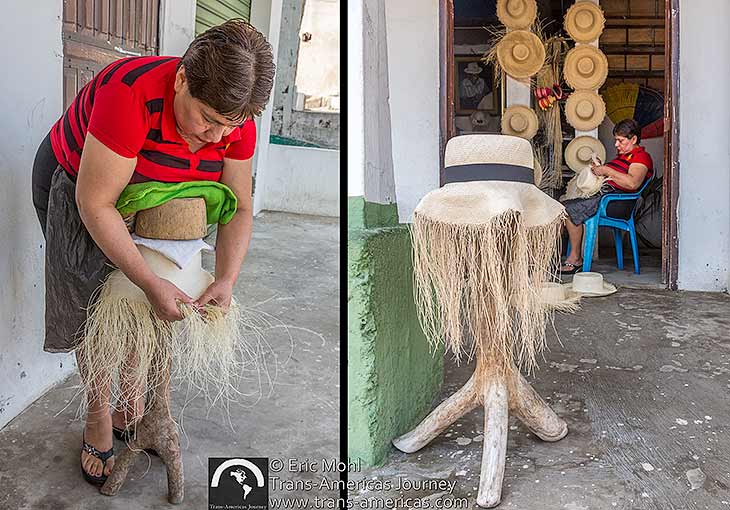 Bertha Magdalena Pachay Mero told us she only works on hats, using the traditional stand and hat block, in the morning and the afternoon because in the afternoon the climate is dry and it makes the toquilla reeds stiff.

Bertha also told us there may be as few as 10 hat makers left in Montecristo, which explains why we had such a hard time finding them. 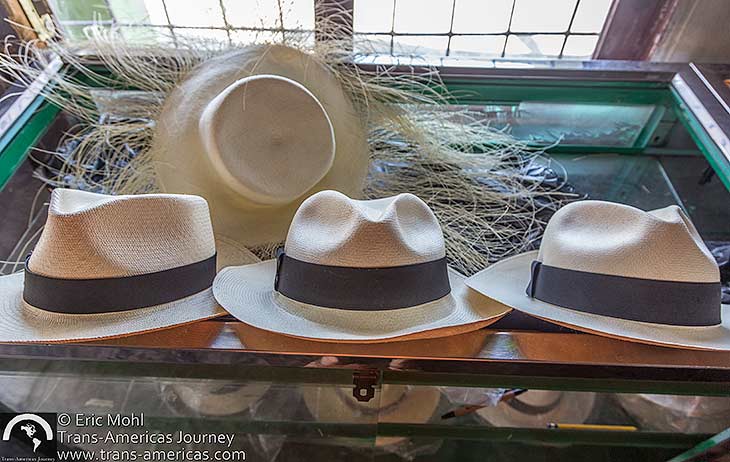 Note the difference in the fineness of the weave in the hats above (the best quality hat is on the right). 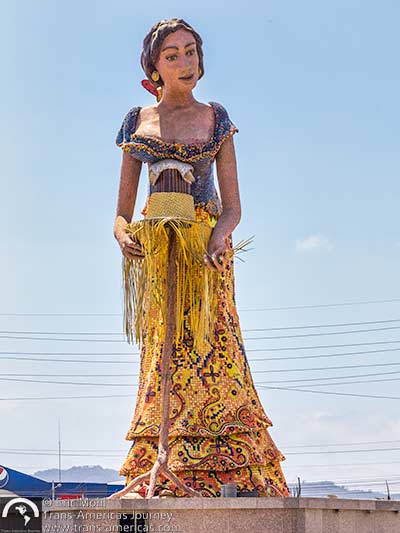 This statue of a hat maker at the entrance to Montecristi, Ecuador is a testament to the importance of traditional hat making to the culture and identity of the town.