You don’t really need more reasons to visit Isla Holbox in Mexico, do you? Just in case, here’s our island travel guide. 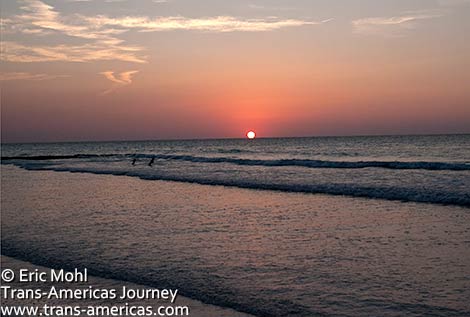 Getting to Isla Holbox

Your Isla Holbox adventure starts before you even get there with a 30-minute passenger ferry ride. Once on Holbox (pronounced hole-bosh), we loaded our bags onto a golf cart (cars are not allowed on the island) and headed for the Holbox Fly-Fishing Lodge which is run by Great Alaska International Adventure Vacations.

The place may have “fly-fishing” right in the name (and the area is famous for gargantuan tarpon) but the Holbox Fly-Fishing Lodge has plenty to offer non-fishermen including a fridge stocked with beer, the best coffee on the island, very comfortable air-conditioned rooms, a spacious deck with hammocks, awesome sunset views, a 5-6 pm happy hour, and a beachfront location that’s far enough from the center of town to be perfectly peaceful but close enough to be handy and totally walkable (shoes optional). 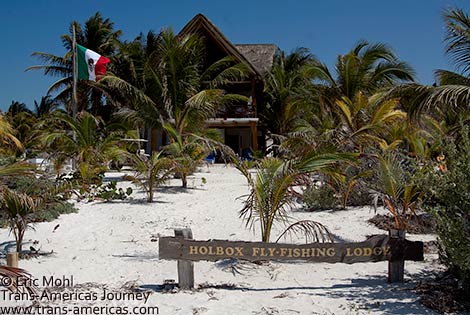 The Holbox Fly-Fishing Lodge is not just for fishermen.

Luciano, the gregarious Italian manager, knows everything and everyone on the island and it’s easy to linger over his excellent coffee and talk about island life all morning. 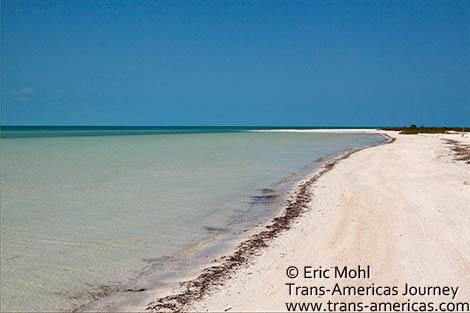 Morning is also the best time for long walks on the beach. While not exactly deserted, the homes and guest houses thin out considerably at the west end of the island and you’re likely to have the place to yourself, save for the sea birds, the seashells, and the occasional starfish. 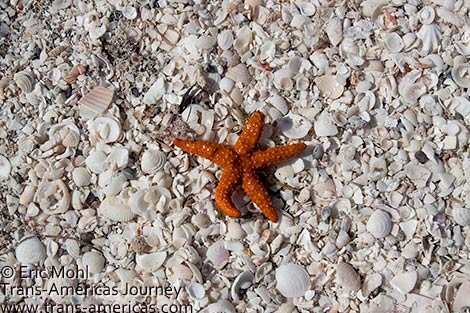 From a visitor’s point of view, Isla Holbox still seems largely unspoiled, though the locals who’ve lived here for years would disagree. Cars are not allowed on the island, however, that’s lead to a dangerous proliferation of golf carts.

There’s a wide (and ever-increasing) range of dining options including a lot in the fish-shack-budget range and some notable splurges like Restaurante Los Pelicanos which served up some of the best Italian food we’ve had in Mexico including homemade pasta and made-to-order risotto (110-150 pesos or about US$6 to US$8), a lovely wine list, and great homemade bread. 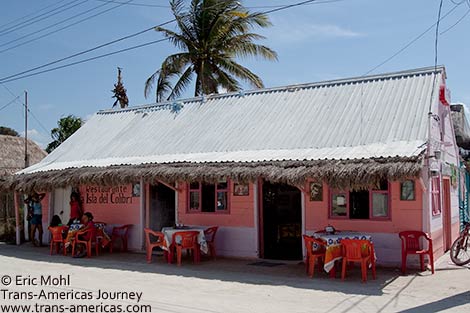 Isla Holbox is developed enough to offer a range of eating options including economical places like the charming Restaurant Isla del Colibri.

For now, Isla Holbox lives in that sweet spot that offers ample services to suit all kinds of visitors without feeling too touristed. History tells us this cannot last and our advice is to visit Isla Holbox sooner rather than later. 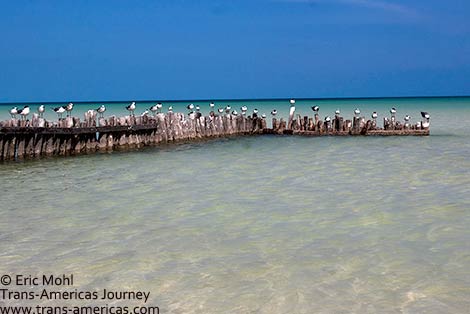 August is a great time to go if you’re into getting in the water with whale sharks, the biggest fish in the ocean. These toothless giants (up to 60 feet / 20 meters long) show up off the coast of Isla Holbox every August, prompting locals to designate August 30 as Whale Shark Day. 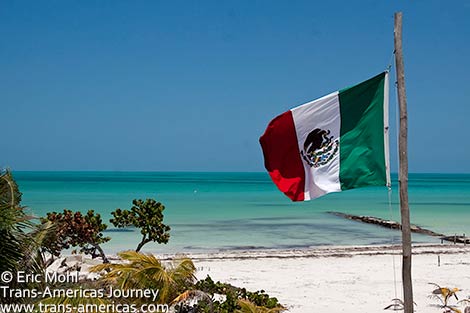