In the last hours of the year, we boarded the Isla Morada, a ship built in the United States in 1912 as a luxury yacht, for a New Year’s Eve celebration in the Panama Bay off Panama City. We were in good company. 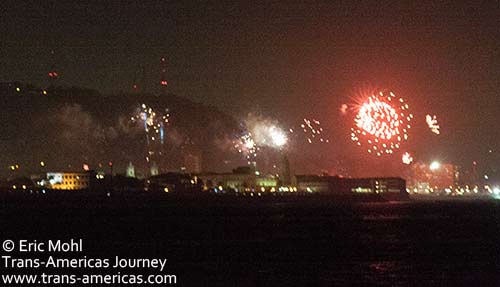 At one point or another Steve McQueen, John Wayne, Errol Flynn, and James Garner have all been aboard the storied Isla Morada. Originally christened the Santana, the ship has been owned by millionaires, the US Navy, and some dude in Florida (who re-named it the Isla Morada).

Most (in) famously, the gangster Al Capone used the Isla Morada to smuggle rum and whiskey from Cuba and the Dominican Republic to the Florida Keys during prohibition. After Capone went to jail the Isla Morada was confiscated and used by the US Navy, which is how it ended up in Panama where it was used as a floating hotel, a fishing vessel, and now a tourist boat. The Isla Morada, which turned 100 in 2012, is said to have made more crossings of the Panama Canal than any other vessel still in use. 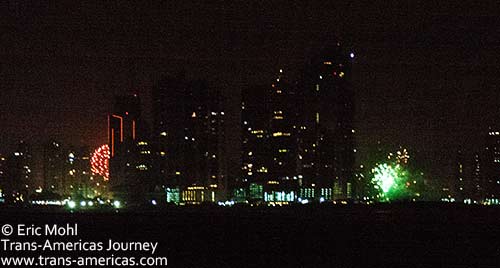 Rum and whiskey (and vodka and beer and wine) were back on board the Isla Morada during her annual New Year’s Eve sailing last night. The party cruise is put on by Kevin O’Brien, a Massachusetts native and experienced tour guide who now lives in Panama where he started and runs a full-service and notably sustainable tour company called Barefoot Panama.

We had a great time enjoying the breeze, views of the skyscraper-filled Panama City skyline and more than an hour and a half of fireworks going off all over the city. It was all a bit haphazard (not at all like the tightly choreographed fireworks displays in the US) and nearly impossible to photograph from the gently rocking boat, but the rum flowed and the times were good. 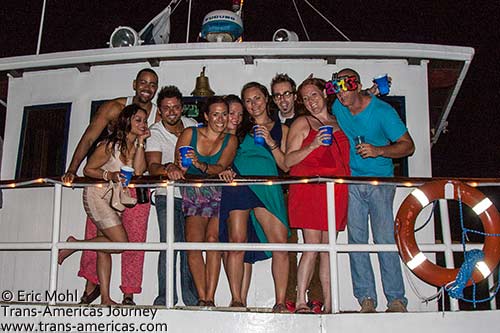 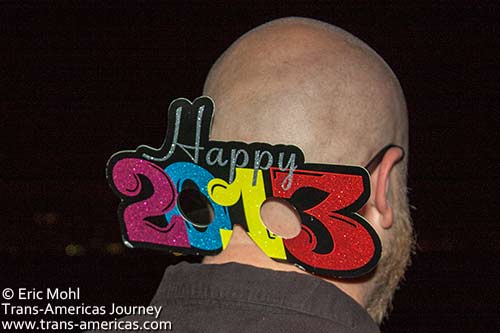