Where We’ve Been: October 2017 Road Trip Driving Route in Bolivia, Chile, and Peru

In October 2017 we were ready to leave Bolivia and re-enter Peru. Then we checked our math and discovered a calculation error which meant we would need to briefly enter Chile before entering Peru. Whoops. This means that we visited three countries and crossed two borders in October. In total, we drove 1,462 miles (2,353 km) in Bolivia, Chile, and Peru, including a massive chunk in just seven long days. Here’s out October 2017 road trip driving route. 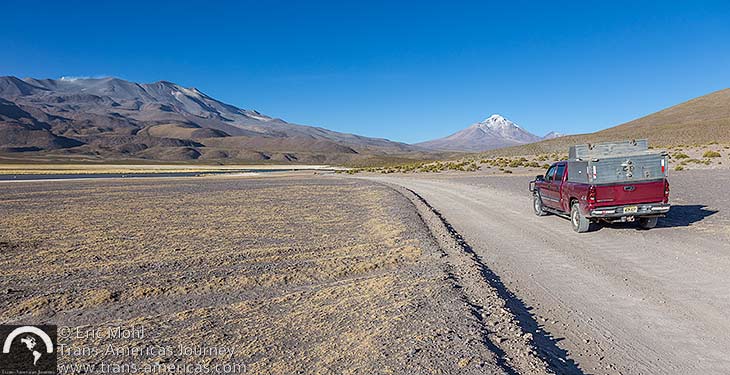 Our truck in Islua Volcano National Park in Chile.

We began the month in La Paz, Bolivia where our allotted 90 days were coming to an end on October 7. We had planned to leave Bolivia and re-enter Peru near Lake Titicaca so that we could drive to Lima via the most direct route. However, just 48 hours before our scheduled departure from Bolivia, we realized we didn’t do our math properly and we would not be able to re-enter Peru for another week. So: we had to leave Bolivia but we weren’t yet allowed to enter Peru. What to do? Head to Chile, of course. 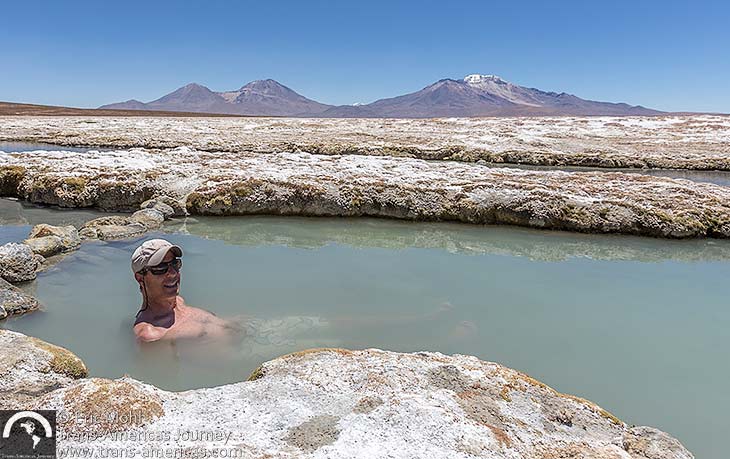 Eric in the Polloquere Hot Springs in Chile.

So we changed plans entirely and drove to the border at Pisiga, Bolivia to enter Colchane, Chile. This silver lining? This sudden detour allowed us to explore a remote corner of Chile that we missed when we were there at the beginning of the year. So, from Colchane we were off on an epic off-road drive through Isluga National Park (named for its active volcano), Las Vicuñas National Reserve (with its giant salt flat, elegant vicuñas, flamboyant flamingos, and natural hot springs), and Lauca National Park before reaching pavement again in Putre, Chile. 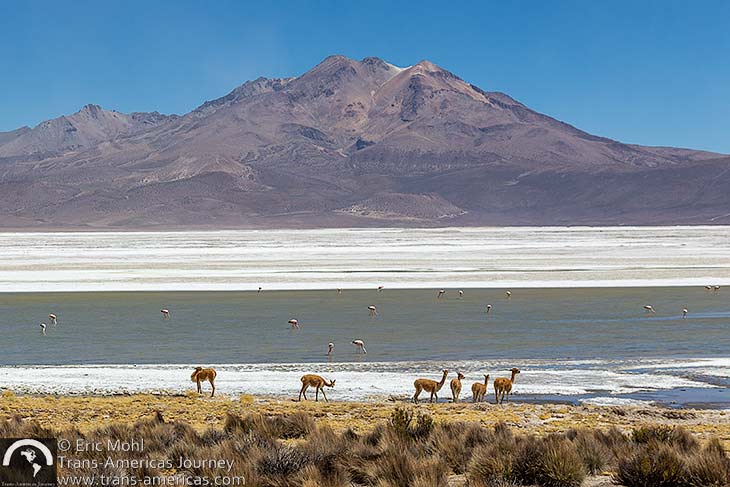 Vicuñas and flamingos in Las Vicuñas National Reserve in Chile.

From Putre we drove to the city of Arica on the coast, returning to sea level for the first time since June. After passing a bit more than a week in Arica we were able to re-enter Peru and resume our original plan, albeit with a much longer drive to Lima from the Chile border.

After two and a half long days of driving up the coast, we arrived in Lima where we settled in for two months to catch up on work. We won’t be moving again until the beginning of the year so there won’t be a November or December “Where We’ve Been” post… unless of course, our plans change again.

Our complete road trip driving route map for September 2017 is below:

And don’t miss the chance to see what we saw out there on the road in Bolivia, Chile, and Peru in October of 2017 in our drive-lapse video, below. It was, as always, shot by our Brinno camera which is attached to our dashboard.