Welcome to Belize where even the highways are nature-centric. Take, for instance, the Hummingbird Highway, one of four main paved roads in the country and the route you take to get to St. Herman’s Blue Hole National Park. 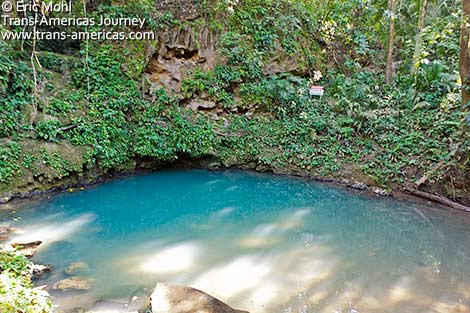 The cenote which is part of St. Herman’s Blue Hole National Park in Belize.

Not that Blue Hole…

St. Herman’s Blue Hole National Park (not to be confused with Belize’s Great Blue Hole Marine Park, a UNESCO site way out at sea) is accessed right off the Hummingbird Highway not far from the capital, Belmopan. This is actually a two-parter park which includes a cave and a cenote, each accessed via its own distinct entrance just a short distance from each other along the Hummingbird Highway. 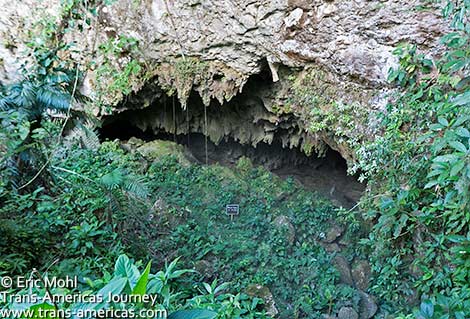 A single entrance fee (US$4) gets you in to see St. Herman’s Cave which is reached via a short trail through the jungle, and the Blue Hole, which is a small very blue cenote (roofless cave filled with water). The cenote is set in a park-like area with picnic tables and changing rooms. The Blue Hole cenote is not as spectacular as the cenotes in the Yucatan in Southern Mexico, but it’s still a nice place to cool off.