To say that California’s Death Valley National Park is a land of extremes is to enter yourself in the Understatement of the Century contest. 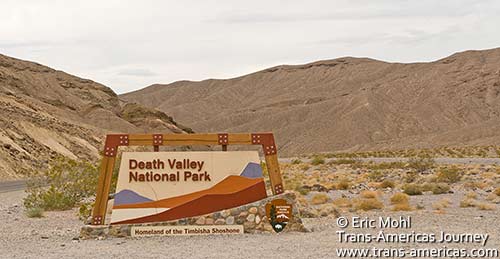 Death Valley National Park is the hottest park in the nation. On July 10, 1913 a temperature of 134 °F (56.7 °C) was measured at Furnace Creek Inn, the highest temperature ever recorded in North America. Daily summer temperatures of 120 °F (49 °C) or greater are common. On the other hand, the mercury can dip well below freezing at night in the winter.

Death Valley National Park is also the driest park in the US. In some years the bottom of the valley, at Badwater Basin, is teased with 1.5 inches (38 mm) of rain. Some years it registers no rain at all. Badwater Basin, at 282 feet (86 meters) below sea level, is also the second lowest point in the Western Hemisphere and the lowest point in North America. Nearby Telescope Peak, by contrast, is the highest point in the park at 11,049 feet (3,368 meters) above sea level.

There’s even an area of the park where the rocks move on their own.

This sunrise panorama of Death Valley National Park was taken from Dantes View. The Badlands Basin salt flats, the lowest point in North America, is seen 5,757 feet (1,755 meters) below. Telescope Peak, the highest point in the park at 11,049 feet (3,368 m), lies directly across the valley. 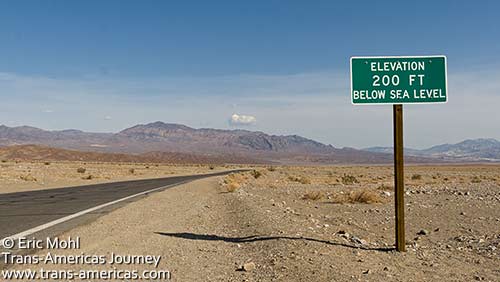 Much of the valley bottom in Death Valley National Park lies below sea level. 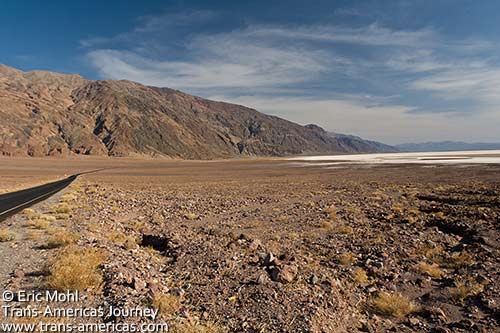 The road snakes its way to Badwater Basin salt flats, seen in the distance, which is the lowest point in North America. 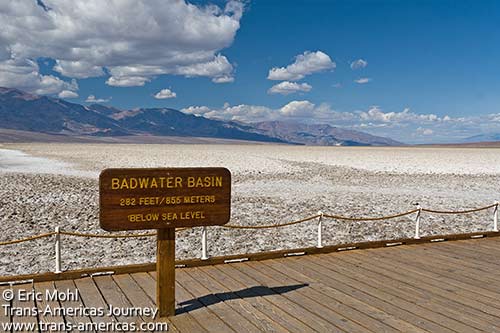 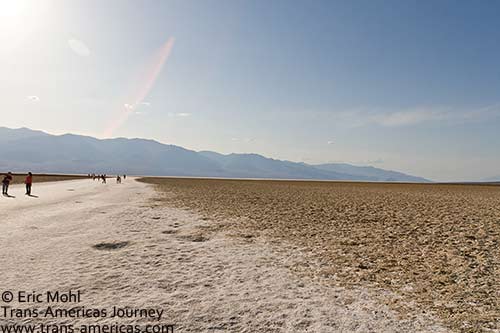 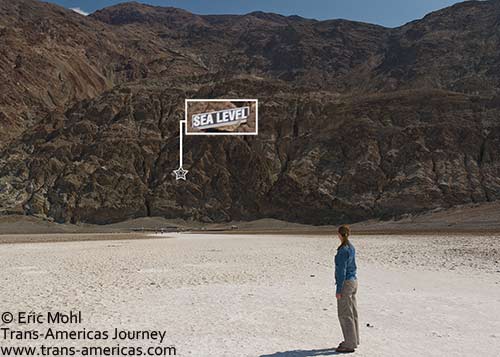 Karen at Badwater Basin in Death Valley National Park, the lowest point in North America. The point we’ve highlighted on the rock wall is 282 feet up and marks sea level. 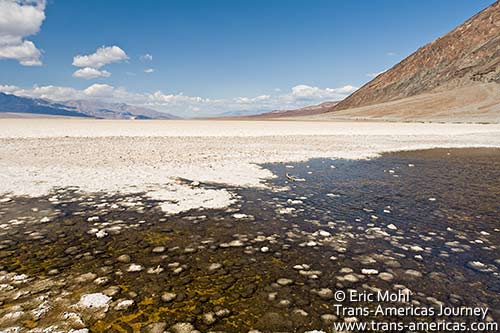 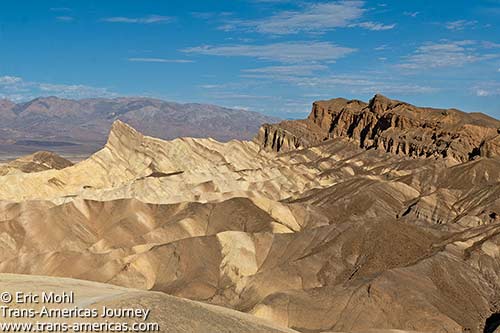 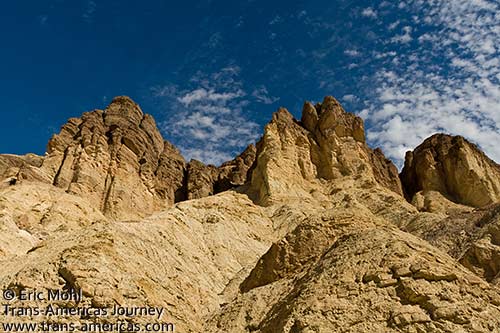 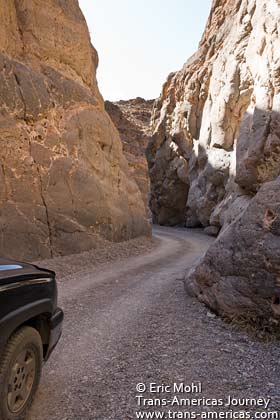 Titus Canyon Road is a one-way 4×4 road that drops more than 5,000 feet from outside the park near the art-filled ghost town of Rhyolite into Death Valley through this slot canyon. We got a flat tire at the beginning of this road. 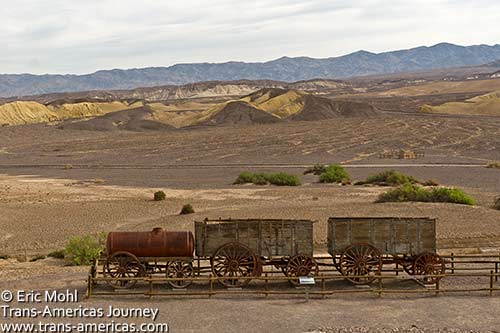 Borax was mined in Death Valley in the 19th century at the Harmony Borax Works near Furnace Creek. It was very difficult to get the valuable commodity out to market so Frank M. “Borax” Smith created a 20 Mule Team to transport the product. This is what remains of his wagons. 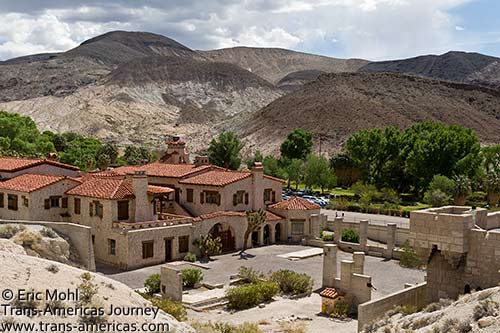 Death Valley Ranch, aka Scotty’s Castle, was once a private home. Now it’s an unexpected sign of human habitation in this harsh environment. 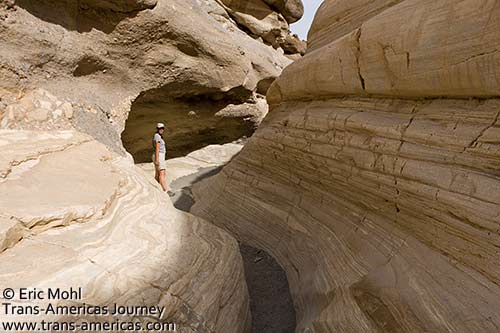 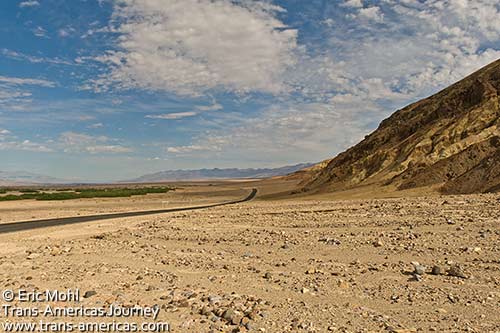 A ribbon of road through Death Valley National Park in California. 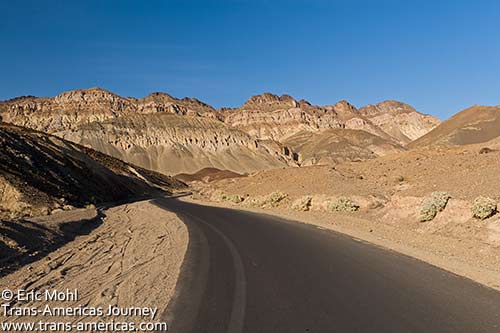