On the Handicraft Trail – Cuenca, Ecuador

Spend a day traveling around the handicraft trail near Cuenca, Ecuador and you’ll see the area’s rich weaving, hat making, and jewelry making traditions which are being kept alive by artisans doing their traditional work in lovely small towns east of the city. Just don’t do it on a Sunday. 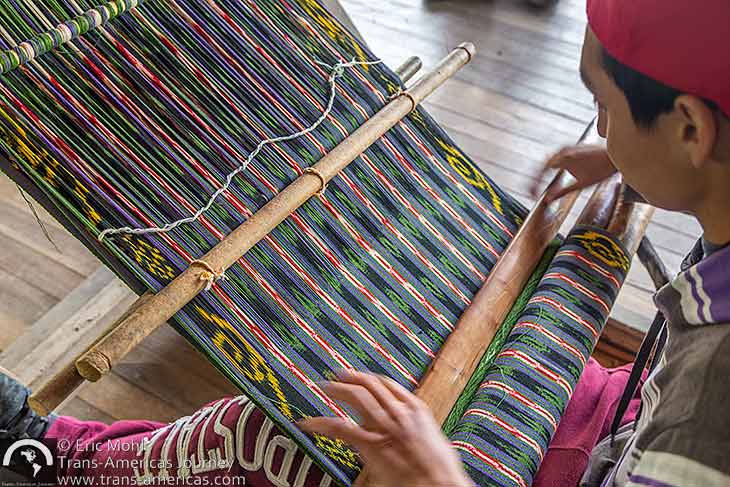 Traditional weaving being done at Casa de Makana near Cuenca.

On the handicraft trail

On the side of the road which runs through the town of Bullcay you’ll see a big sign for Casa de la Makana. Here, Jose Jimenez and his wife Ana Ulloa, who was once pictured weaving on an Ecuador tourism poster, make textiles using a technique which is shockingly similar to Bali’s ikat weavings. Jose says his grandmother taught it to him and the ikat tradition does has a history in Latin America. Up to 4,000 knots are made by hand per day to create intricate designs before the dying process begins using all natural colorants including lichen, indigo, Cochineal beetles, and more. 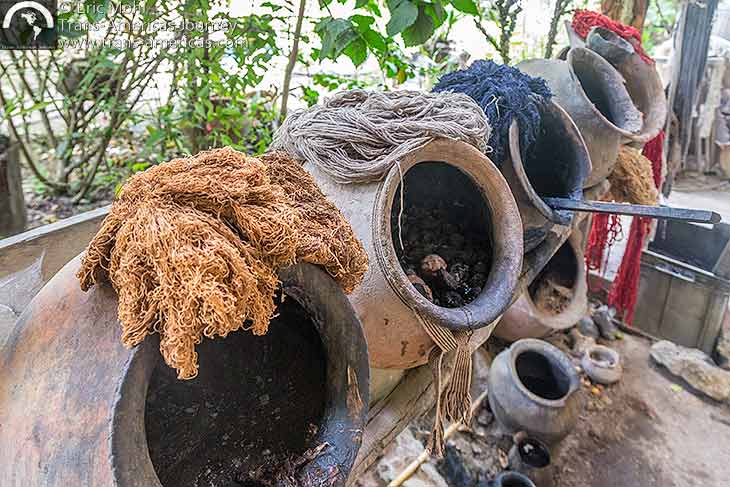 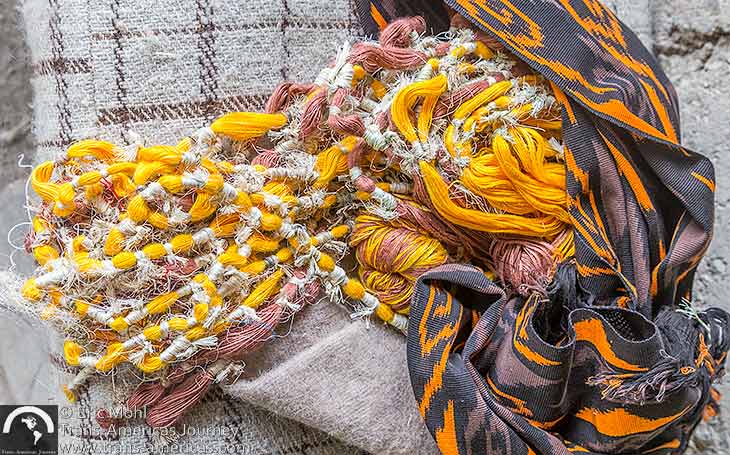 Though you may associate it with Indonesia, ikat style weaving has a history in Latin America too.

Former President of Ecuador Rafael Correa has worn their creations as has the Queen of Spain and actor Salma Hayek wore one of their makanas (that’s a Quechua word for shawl) portraying Mexican artist Frida Kahlo in the movie Frida. 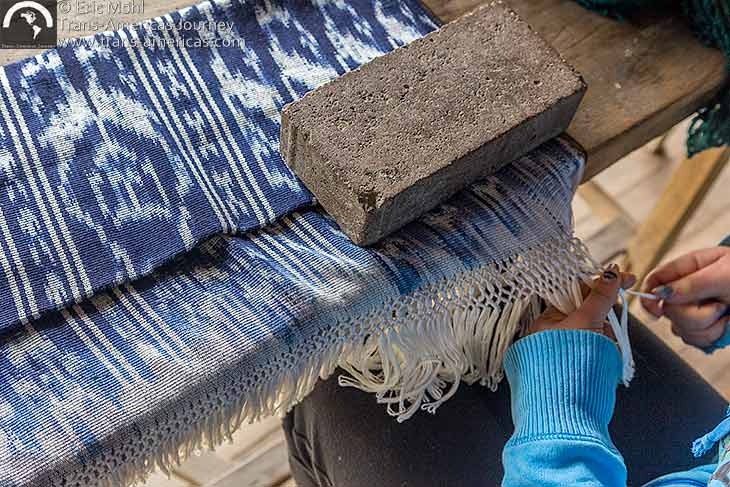 Putting the finishing touches on a textile at Casa de Makana.

As we took the excellent free tour (Spanish only) through the makana making process, Jose told us that many families in the area used to weave like this. Now he and his family are among the last. Before leaving we bought a makana (sometimes spelled macana) for Karen’s mom in the small upstairs gift shop. 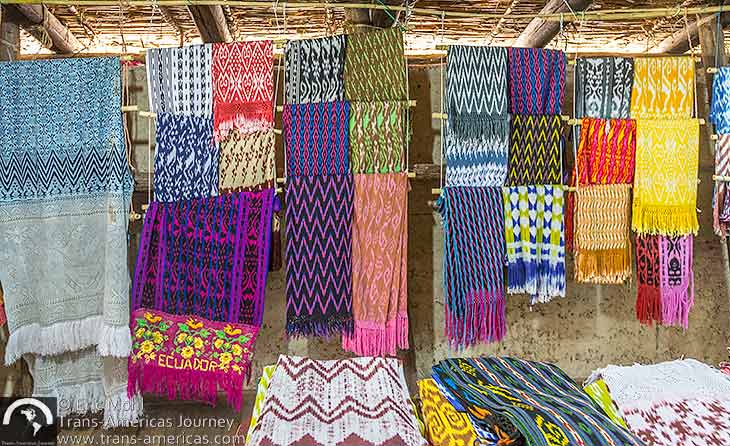 Finished items for sale in the small shop at Casa de Makana.

In the town of Sig Sig (yes, that’s a real name) it’s all about hand-woven hats called toquillas, aka Panama hats (which were never made in Panama). In 2012 Ecuador’s traditional toquillas were named a UNESCO Intangible Cultural Heritage of Humanity and we were excited to see the weavers in the large hat making co-op in Sig Sig. Unfortunately, we were in town on Sunday when the co-op is closed. Learn from our mistake. 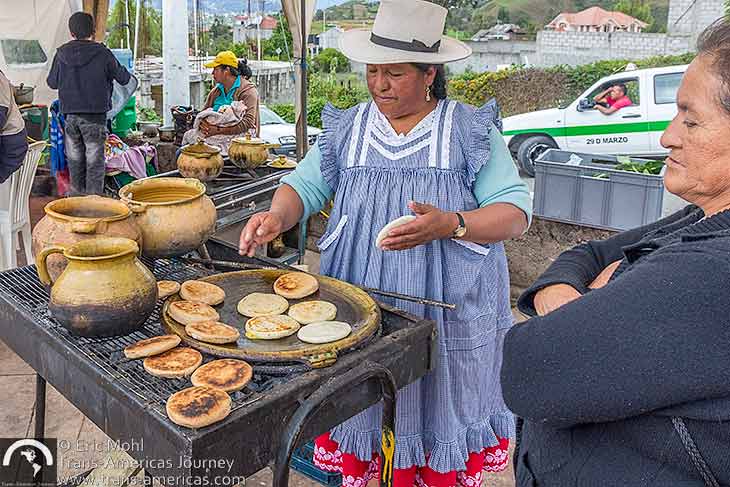 Gualaceo, about 20 miles (30 km) from Cuenca, is a charming river side town known for jewelry and pottery, but we found the new market building to be sterile and uninteresting so we headed to Chordeleg where we found dozens of shops selling the area’s famous sterling silver filigree jewelry. It’s not our thing, but you have to admire the intricate work. 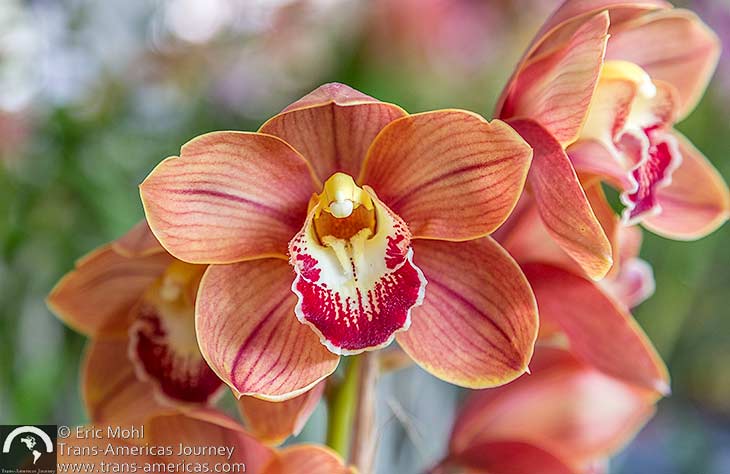 Orchids aren’t exactly a handicraft, but they’re gorgeous nonetheless. Stop into the road side orchidarium on the way to Gualaceo to see hundreds of different shapes, sizes, and varieties of orchids produced by Ecuagenera in the Amazon, Guayaquil, and in Gualaceo. Most are exported around the world but you can buy from this shop as well. 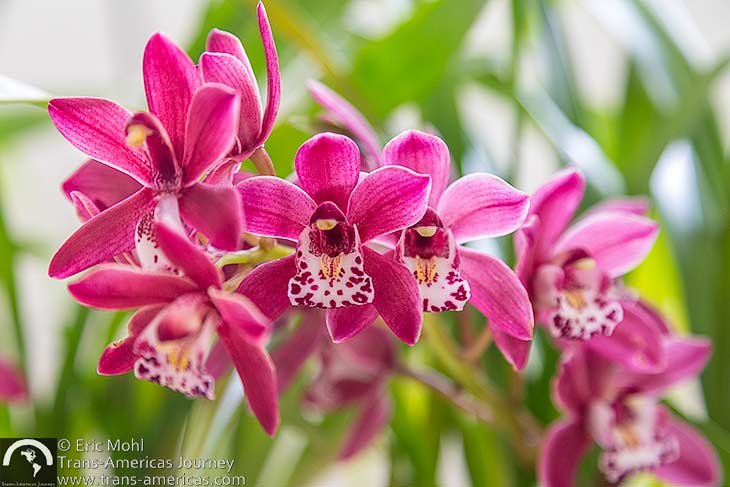