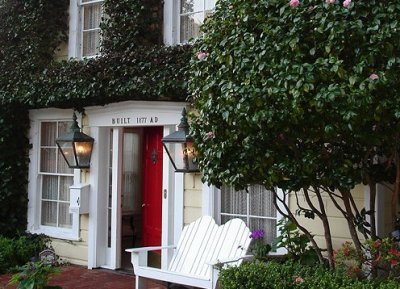 Though work is not yet complete, it’s already clear that what’s going on at The Heritage House is no mere renovation. Built as a farmhouse in 1877 and first converted into a hotel in 1949, The Heritage House has always had a billion dollar location on 37 gently rolling acres that tumble down to the thrashing Pacific. For many years that location sustained the property as it grew into a haphazard collection of eclectic cottages and bungalows—one of which was used as the primary filming location for the movie Same Time Next Year.

But The Heritage House never had the décor, amenities or service to go with its views until rolling renovations started in March 2007. The property has spent more than $20 million so far to complete work on less than half of the hotel’s 47 rooms, and it shows–carpet has been replaced with tatami mats, overstuffed chintz has been ditched in favor of angular earth tones. The new look amounts to a seamless marriage of the serenity of Asian-inspired hotel style and the effortless, naturally laid back Northern California attitude. 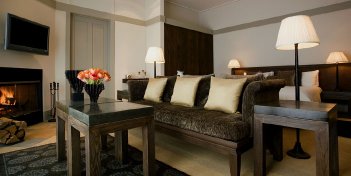 Jaya Pratomo Ibrahim, who also designed the interiors at The Setai in Miami, commissioned furniture in Singapore, designed much of the metal work himself, replaced carpeting with tatami mats, ditched overstuffed chintz in favor of angular earth tones and generally accomplished a seamless marriage of the serenity of Asian-inspired hotel style and the effortless, naturally laid back  Northern California attitude.

All that on top of luxe in-room amenities that go well beyond standard fare. The enormous soaking tub is extra deep and so long that my feet never touched the other end. The flat panel TV comes with a digital video recorder. The mattress is a Duxiana. The coffee maker is a Lavazza.

Gourmet snacks and cocktail fixings are included (though wine is not) in room rates and a full compliment of Riedel wine glasses accompanies the stocked GE Profile wine refrigerator —but, strangely, there are no tumblers to go with the elegant decanters of scotch and vodka.

Organic touches include live plants, handmade soap from the Napa Soap Company and sweeping views of the Pacific featuring the occasional whale spout to remind you of that billion dollar location. 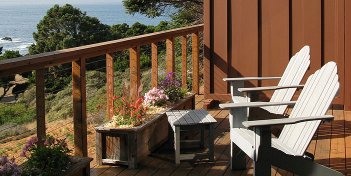 The Heritage House is also re-inventing its spa, which will be managed by Espa  and will occupy four former guest rooms. To ensure you end up in a renovated room, book accommodation in the Haven II or Seascape II categories. The recreation of all other rooms and the spa is expected to be completed within the next 12 months.

Rates: $450-$1,000 including breakfast and complimentary gourmet snacks and wet bar