Lake Chapala, about 25 miles (40 km) south of Guadalajara, is the largest freshwater lake in Mexico and it attracts expats and wildlife. Of course we had to explore it. 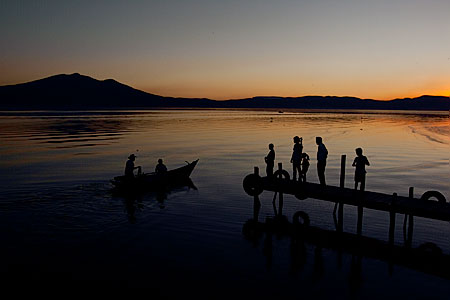 Sunset on Lake Chapala from the Ajijic waterfront.

Lake Chapala is ringed by a number of towns including Ajijic, Chapala and Jocotepec. The Ajijic/Chapala area is home to one of the largest North American expat communities found anywhere in Mexico. Unlike other expat magnets in Mexico, like San Miguel de Allende, the Ajijic/Chapala area has also retained a booming Mexican population so the place doesn’t feel like “Canada South.” 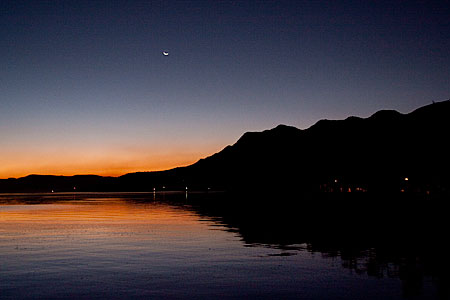 Sunset on Lake Chapala from the Ajijic Malecon.

Every year, thousands of American white pelicans fly south from central Canada to enjoy western Mexico’s warm winter. Much of the population winters on lake Chapala. 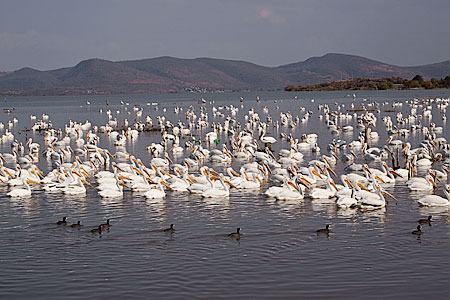 Flocks of American white pelicans winter on Lake Chapala, particularly around the village of Petatan. 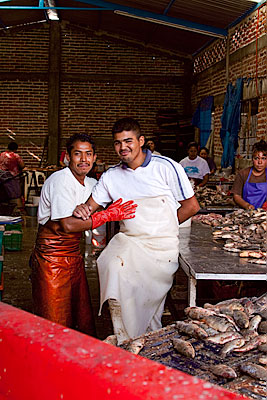 Pelicans congregate around Petatan because the fish processing plant there throws away the fish guts every afternoon. 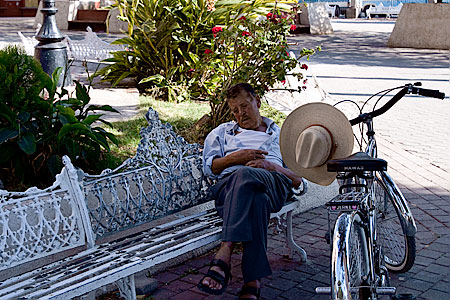 The quiet plaza in Tizapan El Alto makes the perfect spot for a siesta.