Photo Essay: Punta Winchus and the Cordillera Blanca in Peru

High in the Peruvian Andes is a viewpoint called Punta Winchus. At 14,370 feet (4,380 meters), travelers are treated to mountain landscapes, thousands of enormous puya raimondii plants, and a stunning panoramic view of the Cordillera Blanca spanning 90 miles (145 km) of this astonishing mountain range. 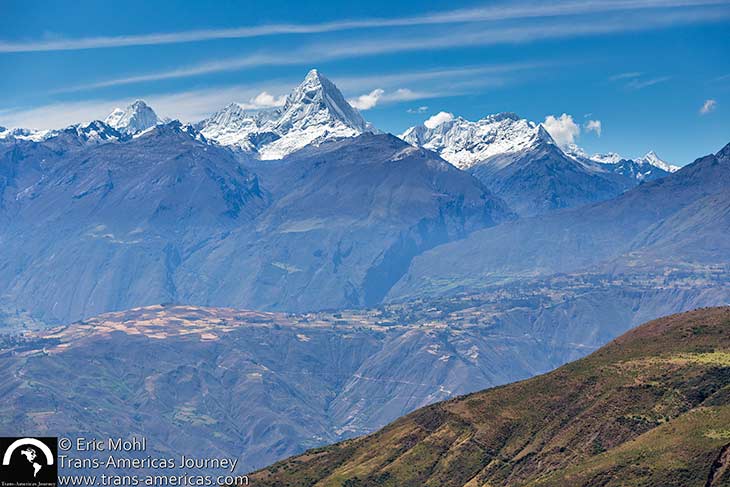 Even though the distance was short, the drive took about three hours each way via a dirt road that was mostly in fair condition with some rocky sections with a few ditches through the road and lots and lots of hairpin turns. Along the way, we passed through a few tiny villages where local farmers were busy herding livestock. The view of the Cordillera Blanca from Punta Winches is spectacular, but we also got fantastic mountain vistas during the drive from Caraz via Huanta.

This shot of the high peaks in the Cordillera Blanca in Peru includes Santa Cruz mountain (far left) to the massive Huascaran peak (far right). 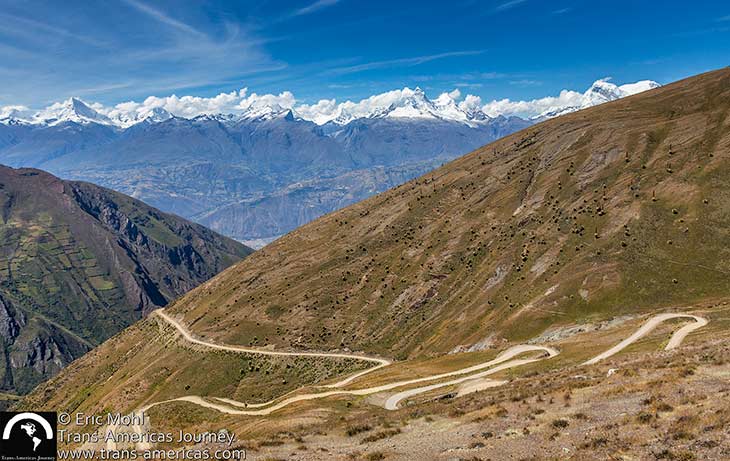 This shot was taken on a high point on our drive to Punta Winchus via the town of Huata with a view of the alternate road (via Pueblo Libre) that we did not take. 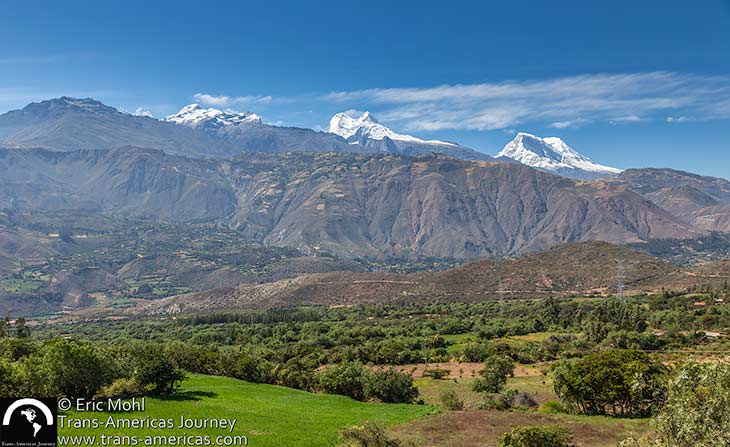 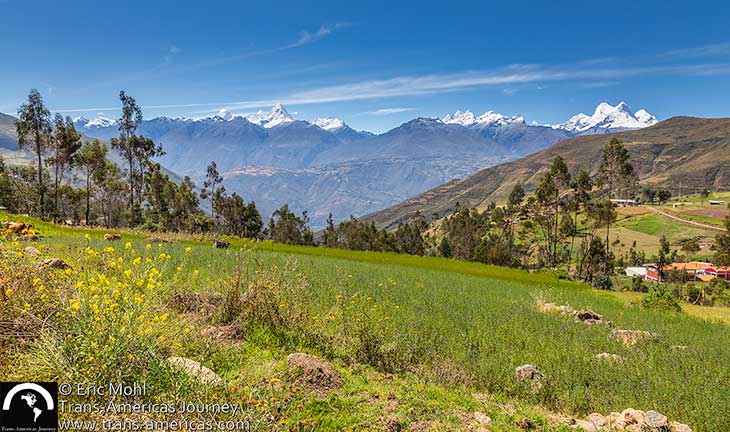 The Cordillera Blanca as seen near the village of Huata on our way to Punta Winchus. 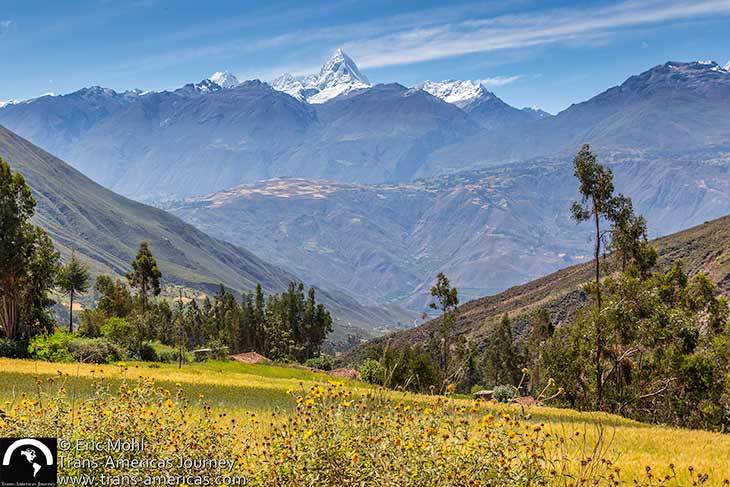 Santa Cruz mountain near the village of Huata. 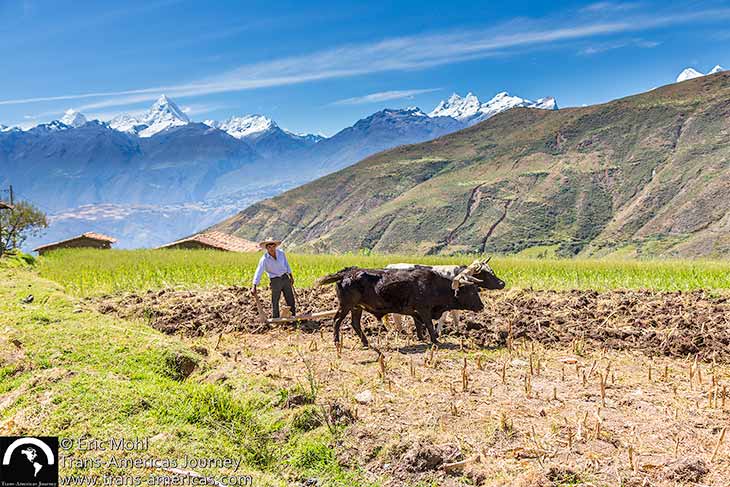 A farmer at work in his field with a view. 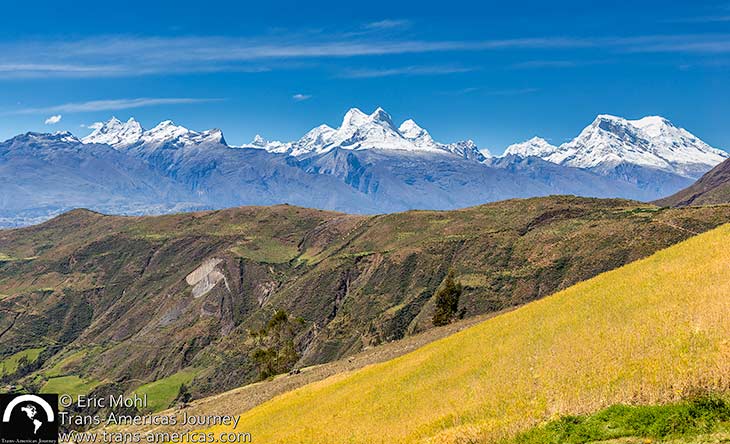 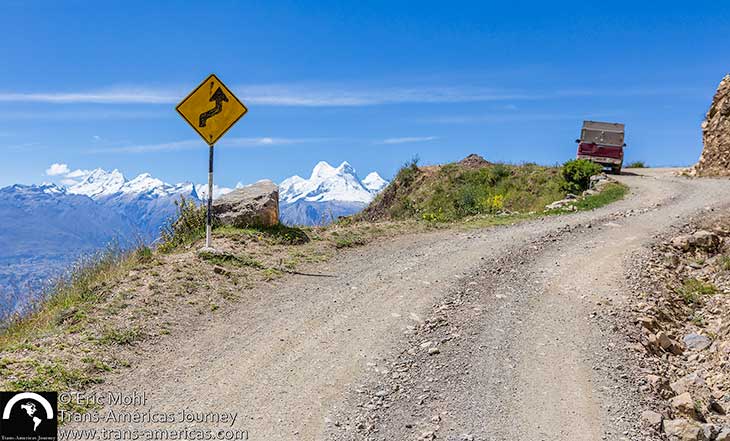 On our way to Punta Winchus. 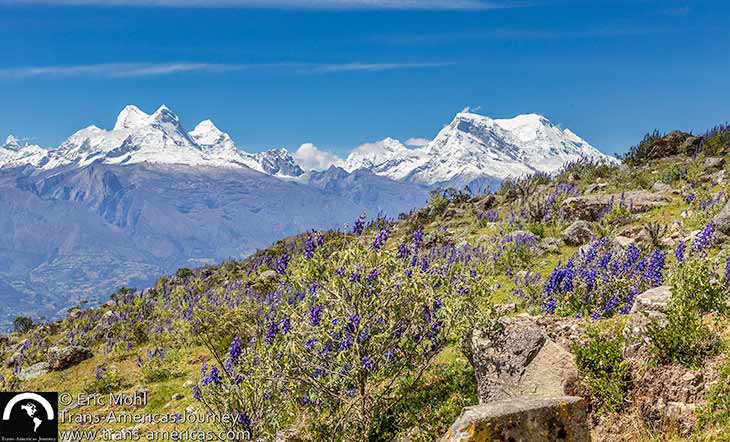 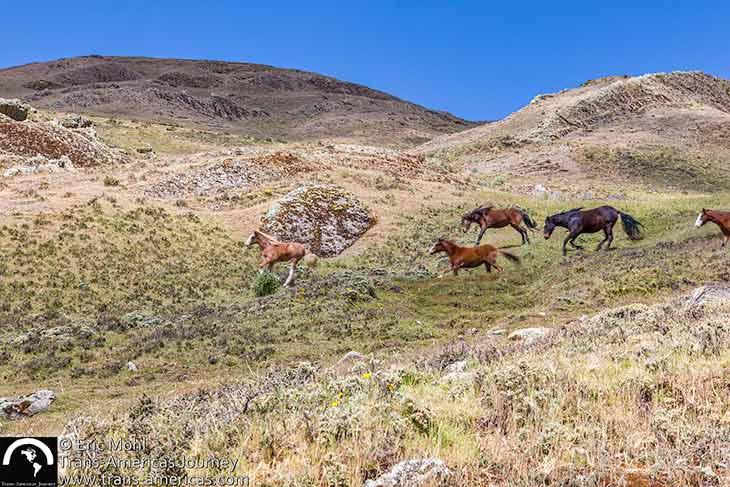 Horses seen during our drive to Punta Winchus in Peru.

A high point on the road between Caraz and Punta Winchus via Huata. 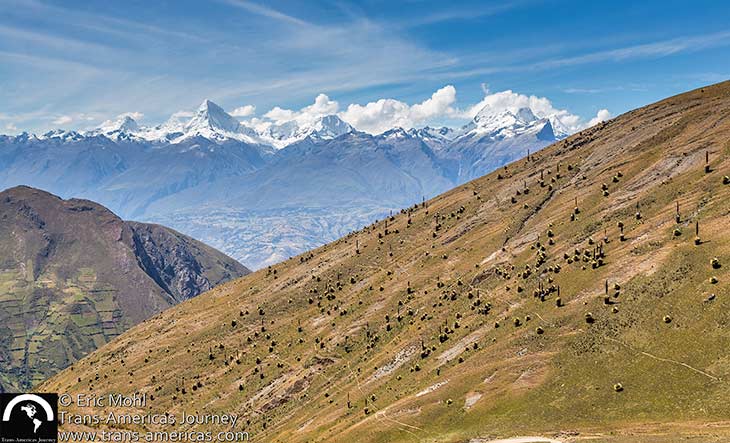 Just above Punta Winchus we came across this hillside dotted with massive puya raymondii plants. 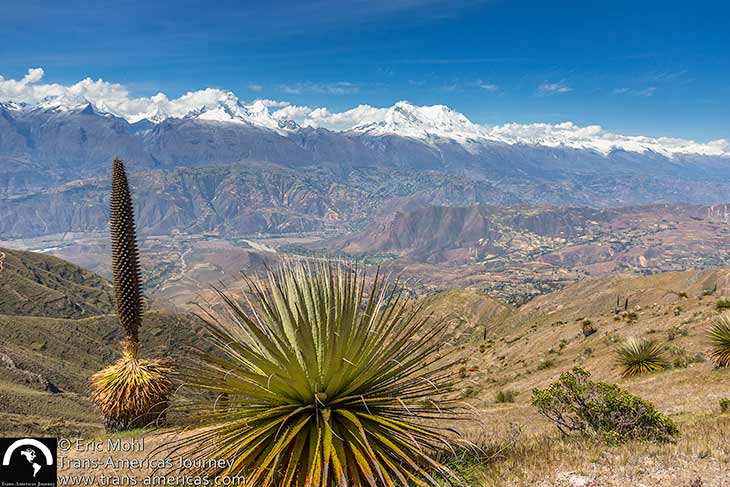 Puya raimondii plants with a huge section of the Cordillera Blanca in the background. 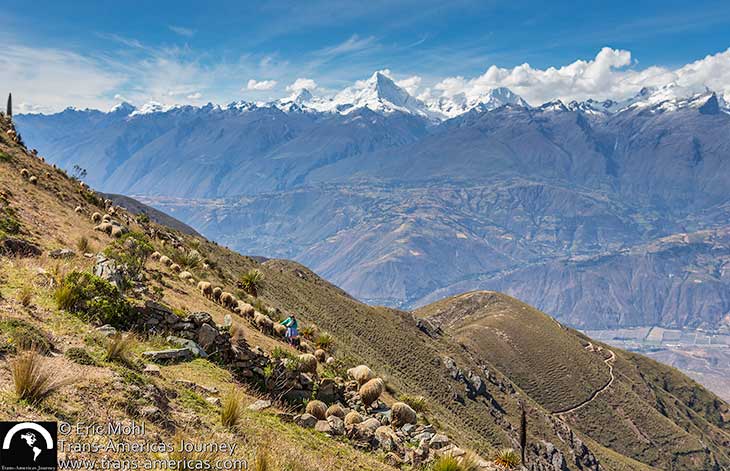 Sheep on the move at Punta Winchus.