Suddenly, summer was over. Clouds were gathering as we drove out of Haines, Alaska and a steady stream of RVs were headed south down the Alaska Highway. But we were going north and the further we got—across the 60th parallel (again), through British Columbia, and into the Yukon—the more we were surrounded by fall colors. 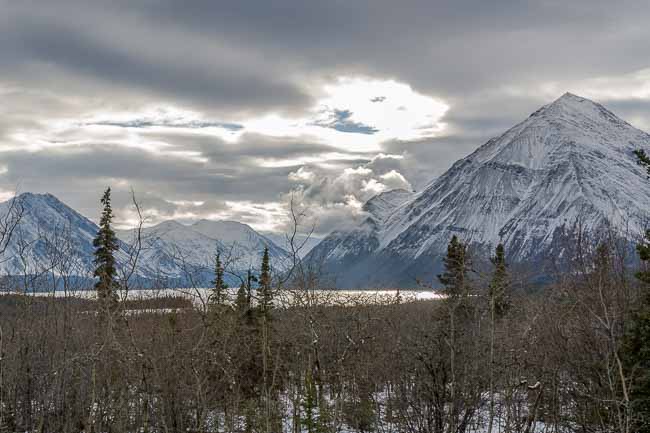 As a kind of testament to the power of the approaching fall season, the road started to show signs of frost heave which turned the pavement into an undulating roller coaster ride as the ground underneath froze solid and expanded, contorting the road. 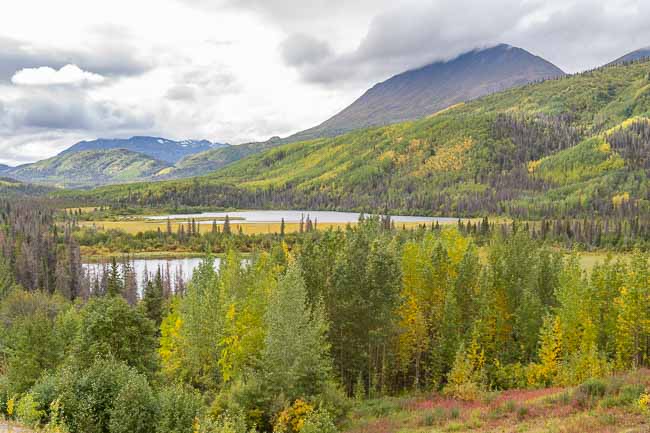 Much of the Haines Highway runs alongside provincial and national park land, like Kathleen Lake in Kluane National Park and Reserve.

At a gas station, we talked to a couple in an RV who were, oddly, also headed north and they told us that on some of the more sever sections of frost heave they can actually hear their dishes jumping up then lading with a crash in the cupboards behind them. 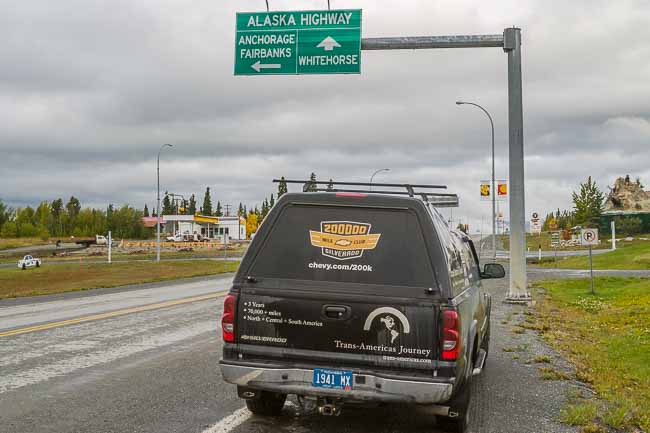 In Haines Junction, in the Yukon Territory of Canada, we re-joined the Alaska Highway on our final leg toward Fairbanks. 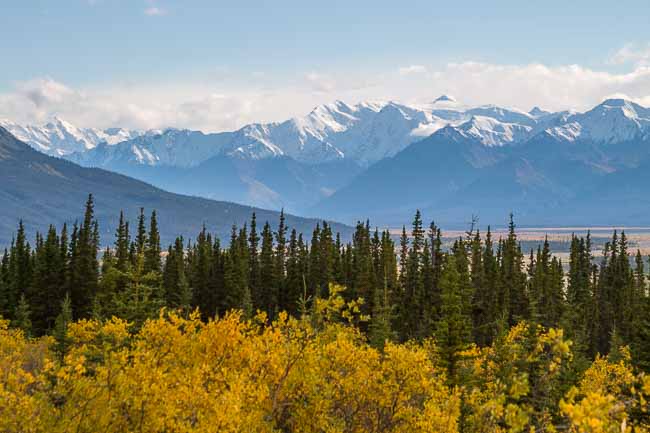 Views of the St. Elias Mountain range in Kluane National Park and Reserve along the Alaska Highway in Canada. Hidden back there is the second highest peak in North America, Mount Logan. 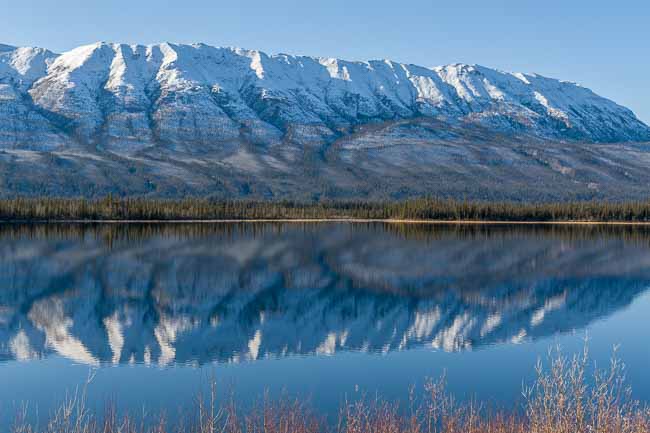 Kluane National Park and Reserve along the Alaska Highway in Canada. 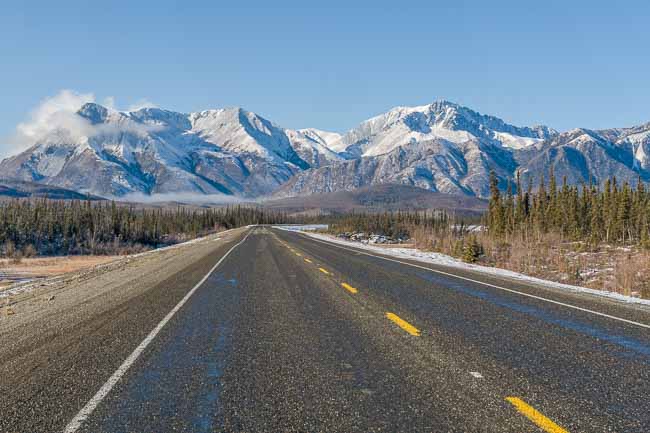 Kluane National Park and Reserve along the Alaska Highway in Canada.

The minute we crossed back into Alaska and got onto a road that was maintained by the US Department of Transportation the frost heave miraculously disappeared. We may not be doing much else right lately, but we do seem to have the frost heave thing down pretty well, so we’ve got that going for us. 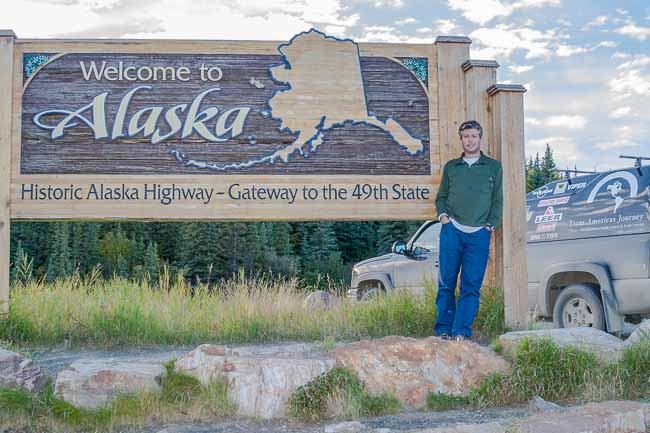 Once again, we leave Canada and enter Alaska. 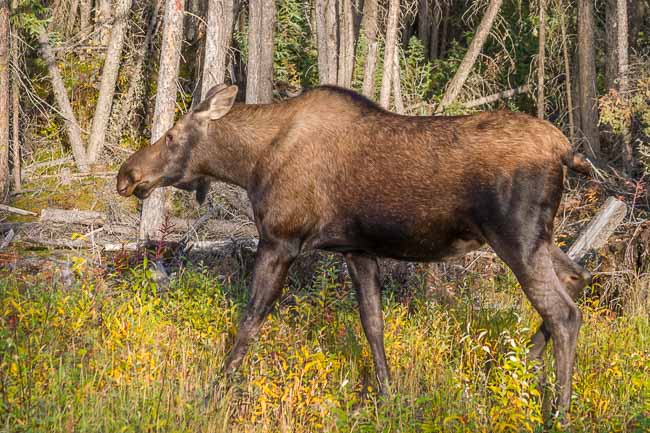 A young moose having an afternoon snack right alongside the Alaska Highway.

Under clear blue skies, we got our first views of imposing, big-shouldered Mt. Wrangell as we approach Delta Junction. As we headed out of Delta Junction we realized that we were driving along part of a route we’d cycled back in 2000 when we took part in a 500-mile (800 km) fund-raising ride to benefit researchers looking for a viable AIDS vaccine. 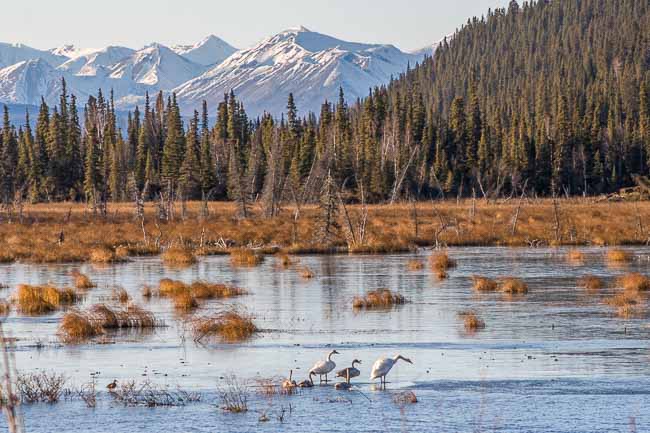 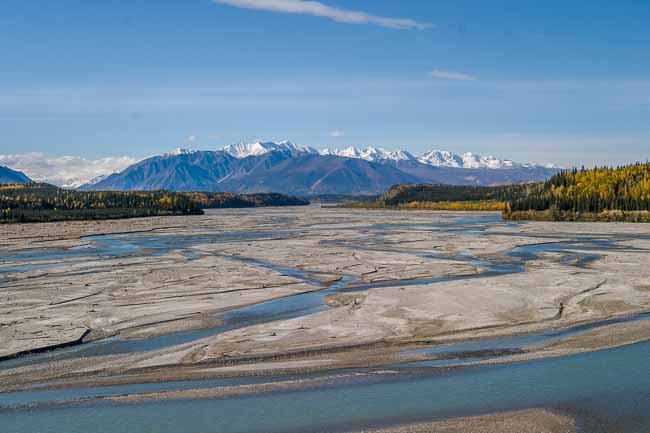 The braided Tanana river and some of the Wrangell mountain range. 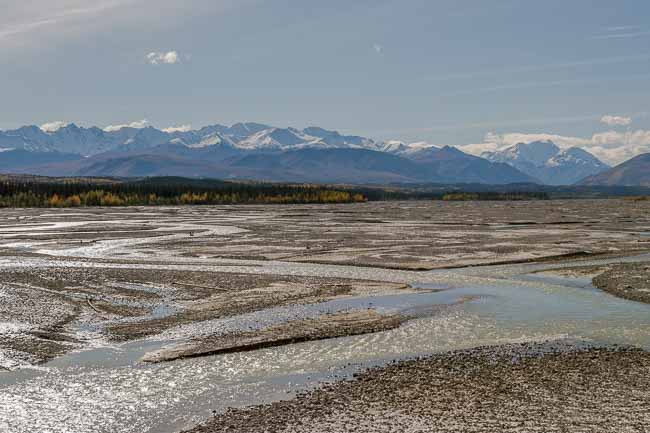 Our first views of the Alaska Range. 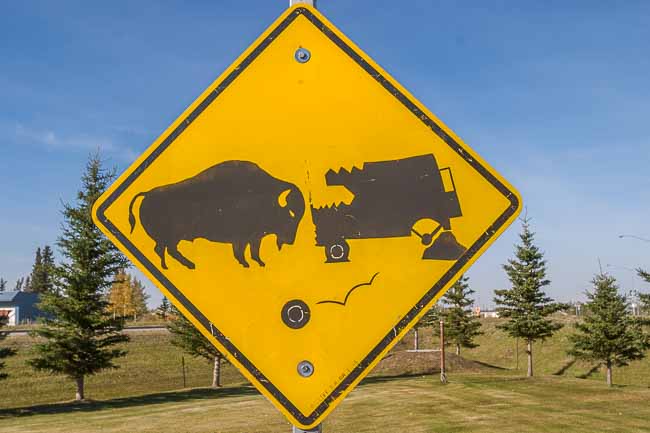 We did that bike ride in the month of August and even then there were mornings when we had to chip the ice off our bike seats before heading out for the day, so we were doubly grateful for the sunshine as we made our way along the spectacular drive up to Denali National Park & Preserve where we set up camp in the Riley Creek Campground at the entrance to the park.