There’s nothing bad about the land in Badlands National Park in South Dakota, at least not for us since we didn’t have to walk across the arid, sun-baked, rattlesnake addled expanse as the original Native American inhabitants who named it did. 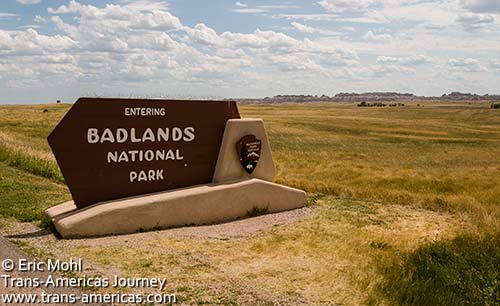 Badlands National Park is a 240,000 acre (97,125 hectare) expnase full of buttes, eroded stone spires, and mixed grass prairies. It was founded on November 10, 1978 and is like a cross between Bryce Canyon National Park and Cappadocia, Turkey. It’s also the only US National Park we know of where you just might have to share the campground with a herd of buffalo.

This elegantly eroded area in Badlands National Park in South Dakota is called The Castle for a reason. 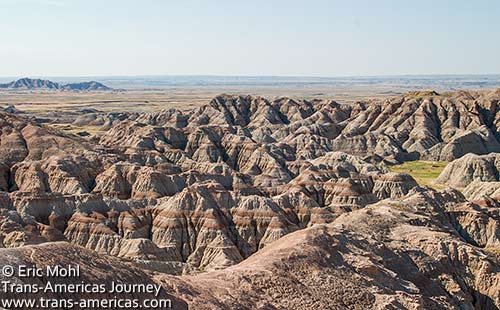 Walking through this topography would be, um, bad. But appreciating it during a visit to Badlands National Park in South Dakota is good. 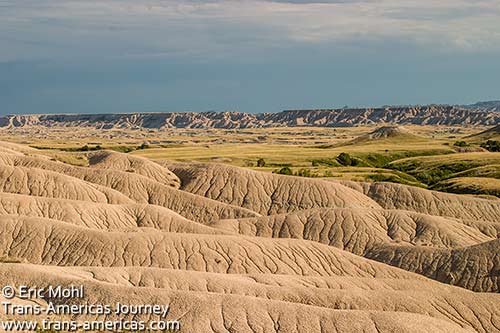 Topography like this helped earn Badlands National Park its name but it’s now part of the geographical wow factor for visitors.

Back roads in Badlands

Developed areas of Badlands National Park cover a compact area with one main paved road that will take you all the way through the park and past a bunch of short, boardwalk trails in one long day. But the real action takes place on Creek Rim Road, a dirt loop that gets you back to where the animals really hang out. 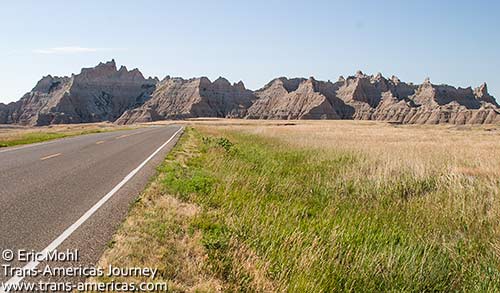 On the road through Badlands National Park in South Dakota.

We saw North American pronghorn sheep, big horn sheep (with babies), white-tail deer (with babies), and more squeaking, scampering prairie dogs then we will bore you with at this time. 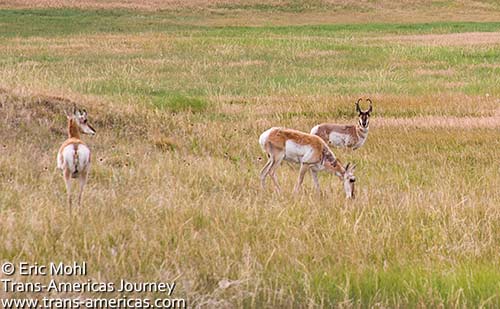 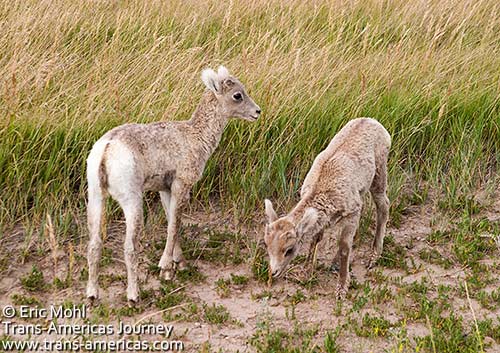 After glimpsing some buffalo in a dip off to the left, we turned down a side road in search of a better vantage point. What we discovered was a camping area completely occupied by a huge herd of slowly grazing buffalo. The animals, munched, snorted, and kicked up dust as they traveled slowly past the porta-potty and a few people’s tents. In that instant we decided we had to join the herd and camp at the Sage Creek Campground for the night. 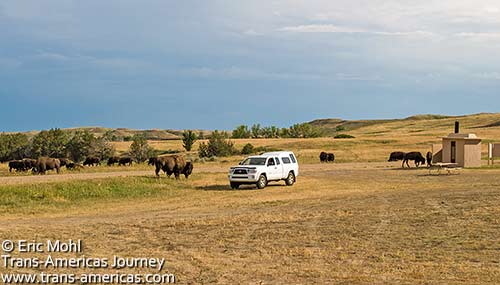 Camping with buffalo in Badlands National Park in South Dakota.

However, Sage Creek is a back country campground which meant no water and we didn’t have enough with us in the truck. With fingers crossed we drove back to the ranger station and asked if we could fill up some containers at a tap there. Easy. 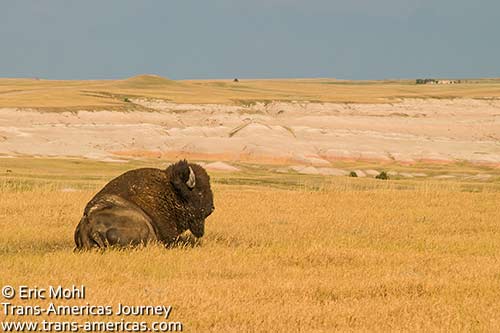 A huge buffalo takes a break as we set up camp nearby in Badlands National Park.

Back at the campground, the buffalo continued to mill around as we set up camp. As the sun set, the herd wandered away from our cozy new home and we were left alone in a not so bad land. 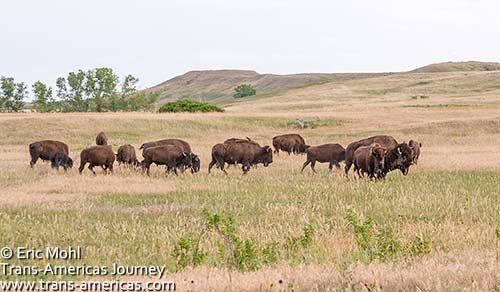 A herd of buffalo shares space with us in the Sage Creek Campground in Badlands National Park. 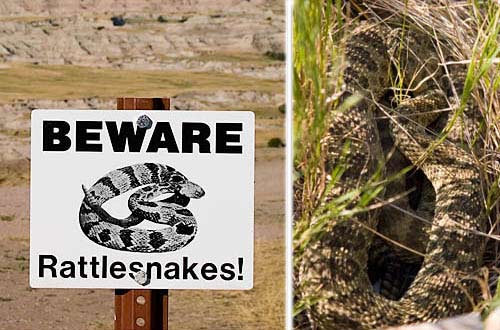 Rattlesnakes are just one reason Native Americans considered the badlands to be so bad. We saw one ourselves, just off a trail to an overlook in the park.

All roads lead to Wall Drug

Even though we dipped off the interstate and traveled on back roads toward Badlands National Park, we still encountered 53 billboards for Wall Drug, perhaps the most aggressively advertised roadside attraction on earth. Somehow we manage to resist the allure of “free water” and more cheap souvenirs than you can throw a jackalope at.