Though we’d already spent quite a bit of time tasting and learning about tequila in the town of Tequila, the Ruta del Tequila in Jalisco, Mexico extends well beyond that. So we happily hit the road and traveled to the town of El Arenal for a look at the El Cascahuin Tequila distillery. 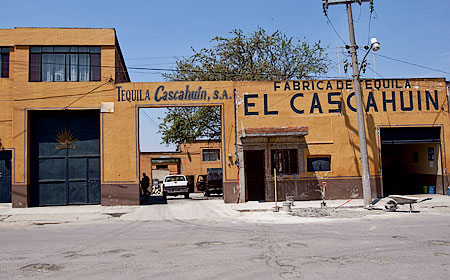 The El Cascahuin Tequila distillery in El Aranal, Mexico part of the Ruta del Tequila about 15 miles (7 km) from the town of Tequila.

Inside the El Cascahuin tequila distillery

We’ve been to tequila factories before (including Jose Cuervo and Casa Herradura) but what we immediately liked about the El Cascahuin distillery was its size: not so small that there’s nothing going on, but not so big that you feel like you’re in the clutches of corporate tequila. 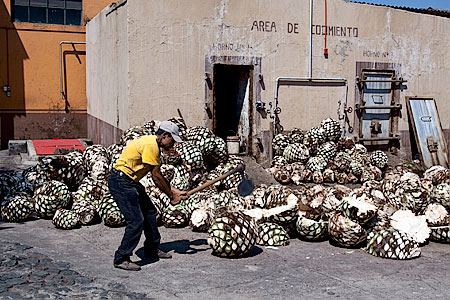 Splitting the agave hearts before packing them into the steam ovens where they’re cooked to sweet perfection.

During our visit we got to see all of the stages of tequila production from a demonstration of how the blue agave is pruned and harvested to the halving of the harvested agave hearts before they’re stuffed into massive steam oven to cook. 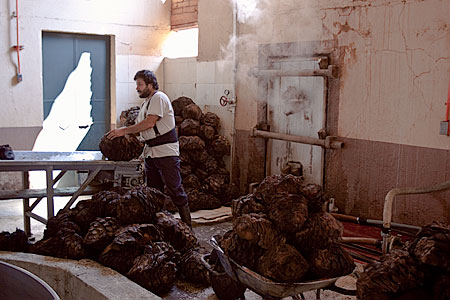 Blue agave, fresh out of the oven, being sent to the extractor which crushes it to get all the liquids and sugars out.

Watch roasted agave as its removed from the ovens and placed on a conveyor belt where it passes through a shredder in our video, below.

The liquid that’s extracted from the cooked agave hearts is called mosto. After extraction the mosto is put in a vat to ferment as the natural sugars are converted into alcohol. 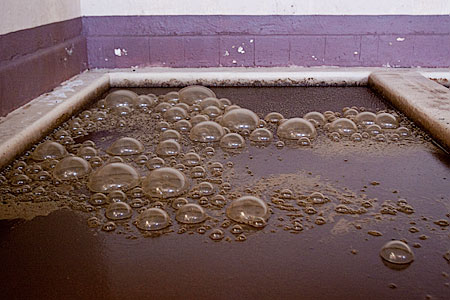 Previously cooked agave hearts were being crushed and juiced and the juice from a previous crushing was already happily fermenting away in massive vats of bubbling, sweet-smelling liquid. Watching these various steps it was hard to believe the end product is so clean and delicious. 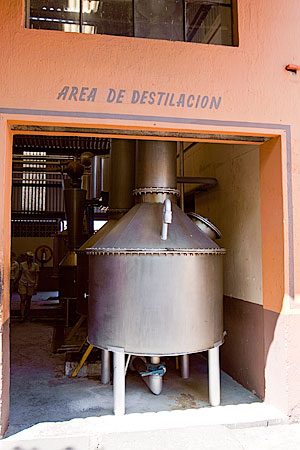 After double distilling, totally clear blanco tequila is produced and is ready to drink. Or you can put it into wood barrels for varying lengths of time to create reposado (rested) or anejo (aged) tequila. This stage is like aging wine and it lets the tequila take on the flavors and colors of the oak barrels (usually cast offs from major US whisky and bourbon distilleries). 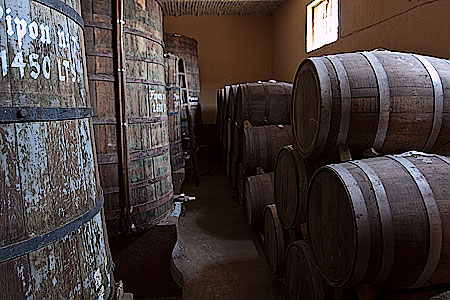 One of the barrel rooms where blanco tequila is aged for varying periods of time to make either reposado (rested) or anejo (aged) tequila.

The El Cascahuin Tequila distillery has a grassy and shaded back garden which is a wonderful spot to sip some straight tequila or make yourself a paloma (Squirt, lime, sea salt and tequila) or a charro negro (Coke, lime and tequila). 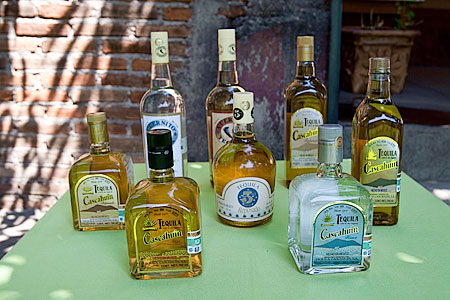 Some of EL Cascahuin’s products including blanco, joven, reposado and anejo tequilas.