Chachapoyas is located in the Andes as they make their final descent into the Amazon region of northern Peru. The town makes a great base camp for exploring the remains of structures and settlements created by the Chachapoyas people at archaeological and cultural sites including Yalape, Macro, Jalca Grande, Kuélap, Revash, and Karajia. Here’s our take on the city of Chachapoyas and the Yalape, Macro, and Jalca Grande sites. 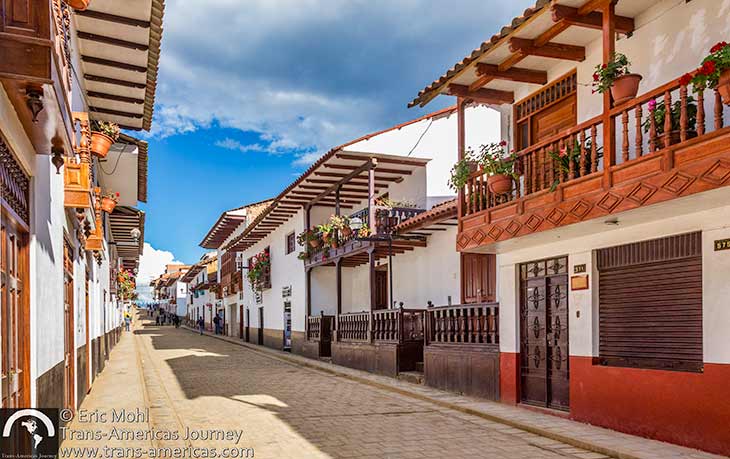 The charming architecture of Chachapoyas, Peru.

The road to Chachapoyas travels through the Utcubamba River valley. In places, the valley narrowed down to a tight canyon and the road wound and curved in tandem with the course of the river. After passing the turn off for the massive Gocta Waterfall, the landscape shifted from lush cloud forest to arid cactus land. 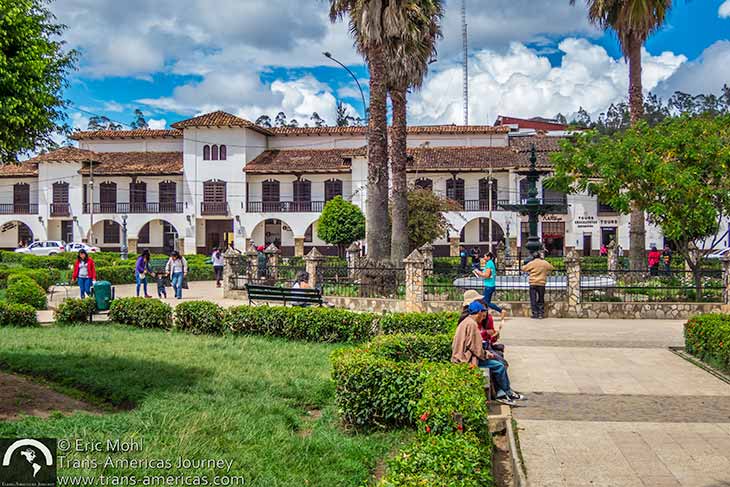 The main plaza in Chachapoyas, Peru.

That scenic drive got us to a scenic town. Named for the Chachapoyas people, who thrived in the area for hundreds of years before the Inca arrived followed closely by Spanish conquistadors, the city has a peaceful center peppered with attractive whitewashed buildings with balconies and exposed wooden beams. 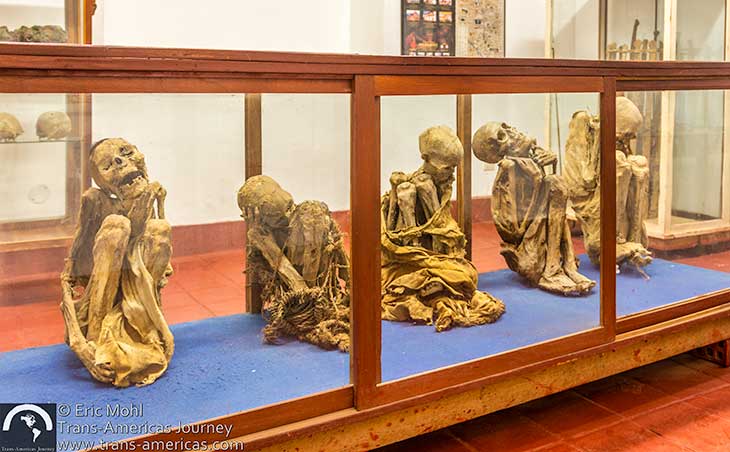 Mummies in the Chachapoyas Museum.

Begin your archaeological exploration at the Chachapoyas Museum on the Plaza de Armas (free admission, closed 12 pm to 3 pm) where you’ll find well-preserved mummies, pottery, tools, jewelry, and other items found during archaeological digs in the area.

From Chachapoyas, it took about an hour to drive to the mostly unexcavated Yalape archaeological site (free admission). After scrambling uphill through a cattle pasture we were still unable to find a clear way into the 10 acre (4 hectare) site which was inhabited by the Chachapoyas people between 1,100 and 1,300 AD and was once the second-largest Chachapoyas settlement (after Kuélap). 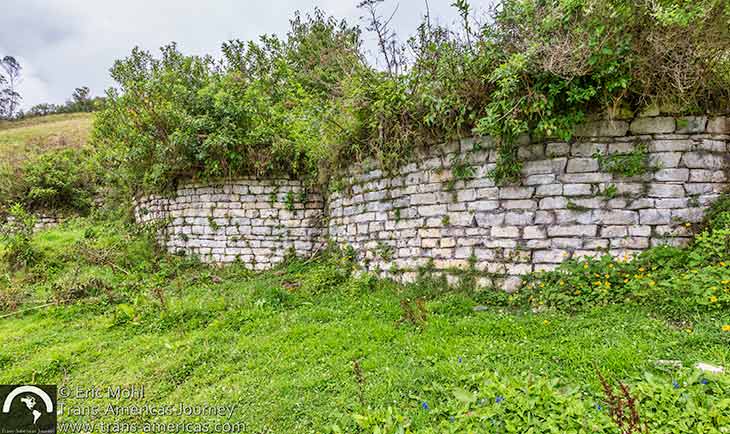 The overgrown wall that surrounds the Yalape archaeological site.

Experts say there are about 250 structures at Yalape, most of them jungle-covered circular stone structures decorated with rhomboid and zig-zag patterns like the more visible structures within the Kuélap archaeological site.

The Macro archaeological site (free admission) covers just 7 acres (3 hectares) and includes five platforms with the remains of the Chachapoyas culture’s trademark circular structures which were home to about 100 inhabitants. The circular stone enclosures there are joined by straight walls decorated with diamond motifs. 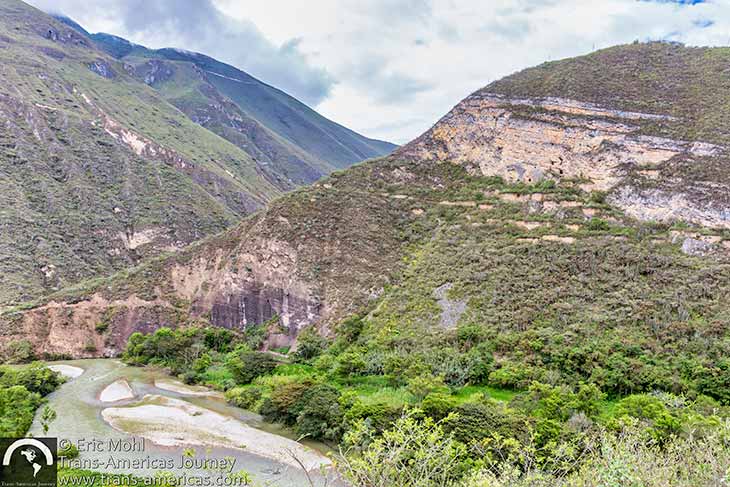 The structures on the far hillside are part of the Macro archaeological site.

The final approach to the village of Jalca Grande (aka La Jalca or La Jalca Grande) is just 10 miles (17 km) long, but the rocky, bumpy road was in such bad condition that it took us an hour to drive it. This village was the first Spanish settlement in the area and the city of Chachapoyas was originally located here before the whole thing moved to its current location. 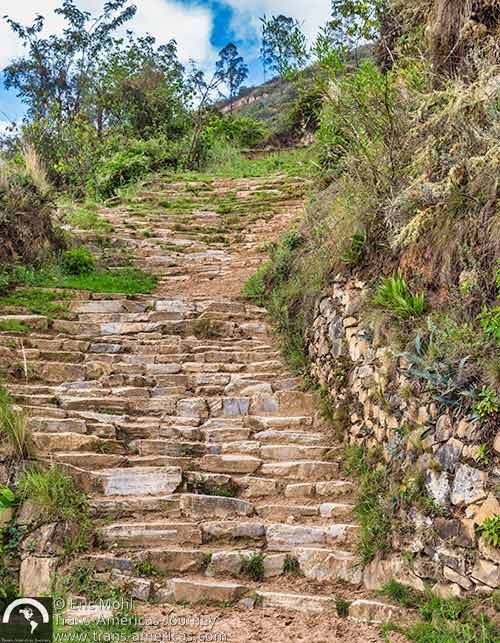 Part of the famous Inca Trail network of footpaths.

As we drove up the serpentine road to Jalca Grande, we could see well-preserved sections of a pre-Colombian stairway that the Inca incorporated into their famous Inca Trail footpath network after they defeated the Chachapoyas people. We stopped to admire one section of the path and watched as a man on horseback rode down it, crossed the dirt road near our truck, then continued on the trail down the hillside.

The village of Jalca Grande seemed frozen in time thanks, in part, to the traditional adobe buildings with conical thatch roofs that seem more suited to an archaeological site than a living town. The Jalca Grande museum was closed and no one we spoke to knew where to find the town’s famous circular house which was inhabited until 1964 and allegedly used as a model for the circular houses within the Kuélap archaeological site. 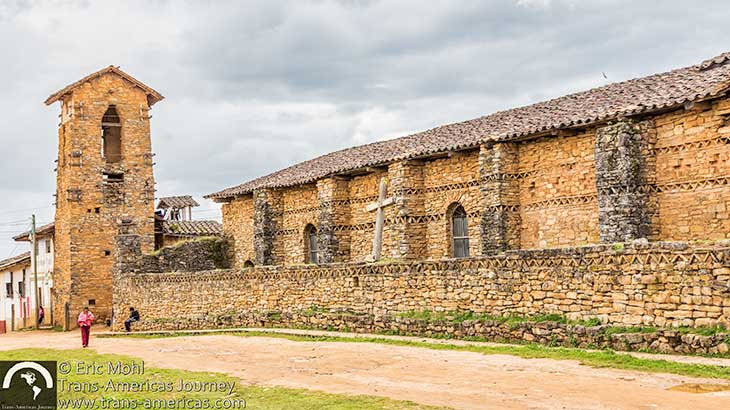 The stone church in Jalca Grande.

We eventually found the circular house (it’s behind the church) which, sadly, was in a state of slow decay. The stone church, which dates back to the 1500s, was locked so we couldn’t see the Baroque altar and the wood and reed ceiling. Instead, we spent a few moments wondering about the church’s striking, blocky tower and looking for the zig-zag shapes inlaid into the structure’s exterior before heading back out on that terrible road.

Where to sleep in Chachapoyas 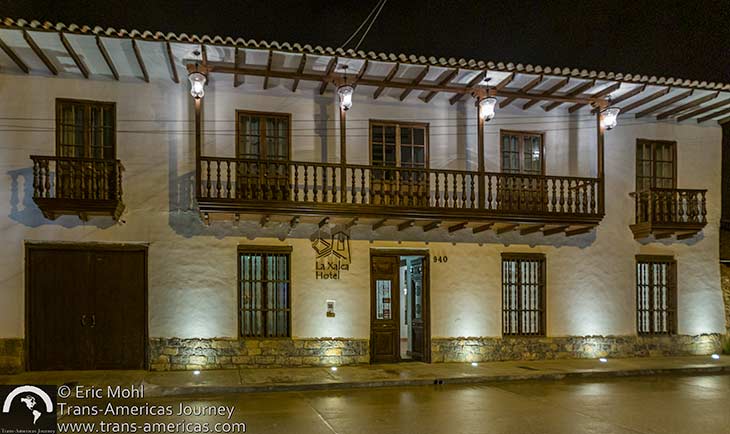 In Chachapoyas, we stayed at La Xalca Hotel (pronounced Halca) which opened in 2014 with 21 rooms off a large chandelier-studded lobby. Located just three blocks from the main plaza, the two-level hotel has the same white-washed and exposed-beam design as many of the buildings in Chachapoyas. There’s a large parking lot, breakfast is included, there’s plenty of hot water and heating (important at nearly 8,000 feet/2,300 meters), and staff members were very helpful.