The Copper Canyon train by the numbers

It’s amazing that the Copper Canyon train exists at all. It consists of 408 miles (656 km) of track with 86 tunnels and 37 bridges (one spans a chasm at more than 1,000 feet/300 meters above the canyon floor). During one unbelievable 8 mile (12 km) stretch the train make a series of three 180 degree turns (one of them over a bridge and two of them in tunnels) in order to change altitude by more than 1,000 feet (300 meters)–a mind-blowing rate for a train. 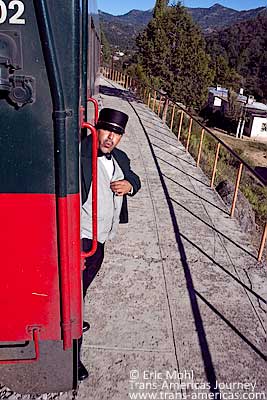 Onboard the Copper Canyon train

Two classes of travel are offered on the Copper Canyon train: yellow Primero Express cars and the red Clase Economico cars. Honestly, the seats, windows, bathrooms, heating, cooling, and luggage storage areas are pretty much the same in both classes. Primero, however, has a dining car and a bar car (economico travelers get just a limited snack bar) and staff members on Primero class trains tend to be more professional and accommodating–alerting passengers to particularly great vistas, for example. 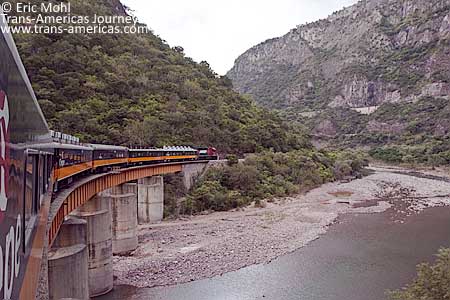 The ever-changing Copper Canyon as seen from the El Chepe train.

Whichever class of train you’re on, the scenery steals the show as you travel up, down, and around some of the most beautiful landscapes in the world. Rocky peaks and cliffs, rivers, waterfalls, tropical vegetation (at one point we expected to see monkeys frolicking in the jungly trees among the banana and papaya groves), and high desert all pass by your window as the train travels from 8,000 feet (2,438 meters) to sea level.

We also traveled past tiny villages inhabited by indigenous Tarahumara people, some perched on impossible steep and isolated slopes. 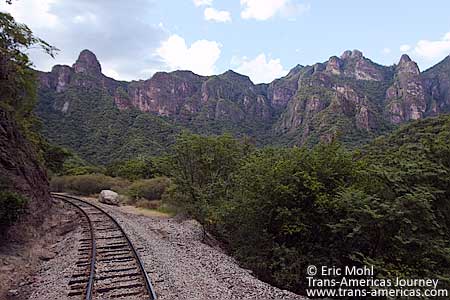 It’s a beautiful landscape, but there are dangers too. A couple of weeks before we took the train a rock slide closed the tracks stranding passengers for 17 hours. They (and El Chepe staff) reportedly made the best of it with free meals and a kind of dormitory sleepover atmosphere until the tracks were cleared by work crews who constantly ride and monitor the rails. 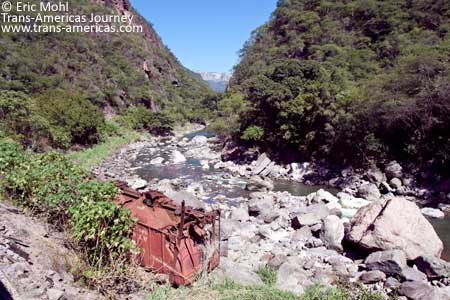 Remnants of accidents, like this derailed freight car, are reminders of just how close to the edge this train is. 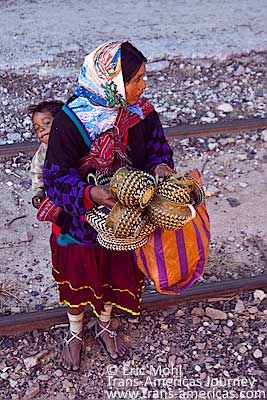 A Tarahumara woman selling baskets and other handicrafts at the San Rafael train station. 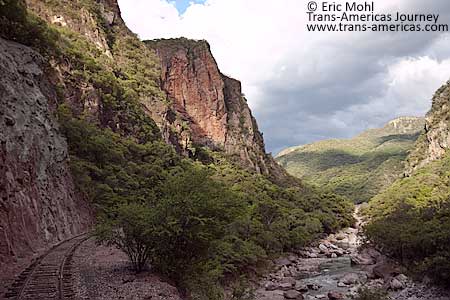 The dramatic Copper Canyon as seen from the El Chepe train.

Check out our Copper Canyon Train video, below. 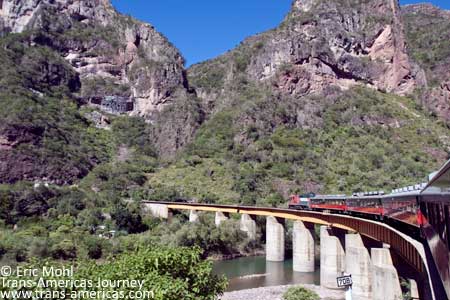 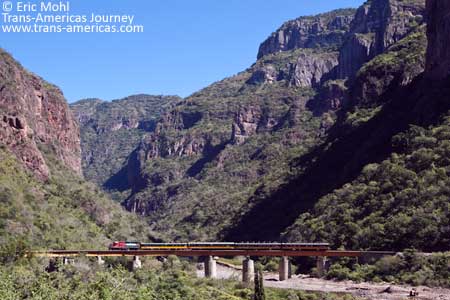 Just past the U-shaped Temoris Bridge, the train enters a nearly half-mile-long tunnel which allows it to make a 180 degree turn inside a mountain. 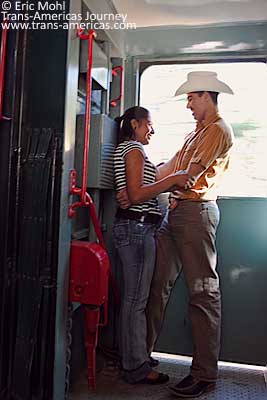 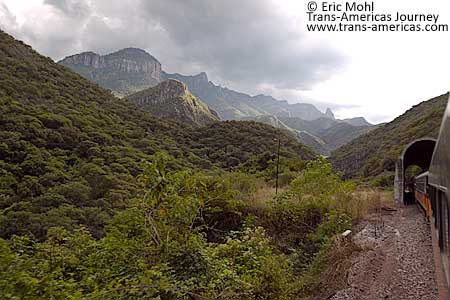 The jaw-dropping Copper Canyon as seen from the El Chepe train. 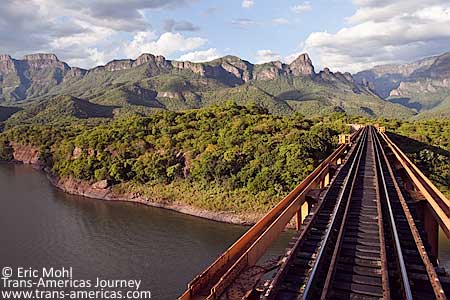 Passing over the Rio Fuerte on a 1,638 foot (500 meter) long bridge, the longest on the Copper Canyon train line. 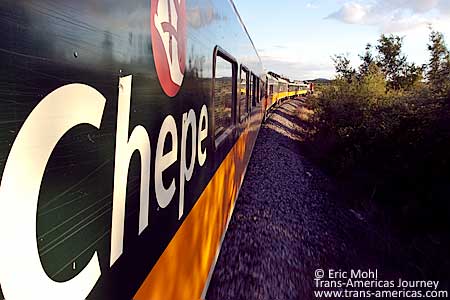 The Copper Canyon as seen from the El Chepe train. 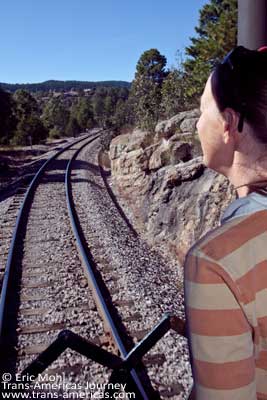 Karen enjoying the view from the back of the Copper Canyon train.

More of our video from the Copper Canyon train, below. 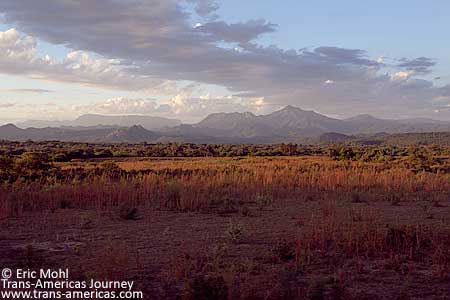 Sunset light washes over the Sierra Madre mountains as the Copper Canyon train heads to the town of El Fuerte. 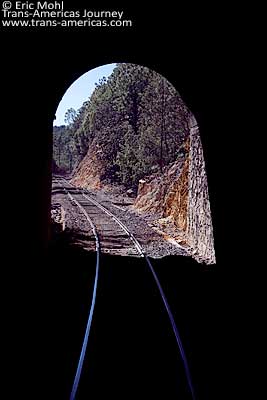 One of the 86 tunnels that had to be blasted through the Sierra Madre mountains when the Copper Canyon train was built.

The Copper Canyon as seen from the CHEPE train. 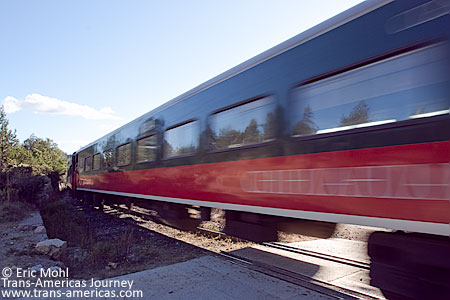 The El Chepe train passing through one of many level crossings, this one in the town of Areponápuchi.