Day 67 of our Journey

The world famous Mitchell Corn Palace in Mitchell, South Dakota is the place to see what a little creativity and millions of ears of corn can add up to. 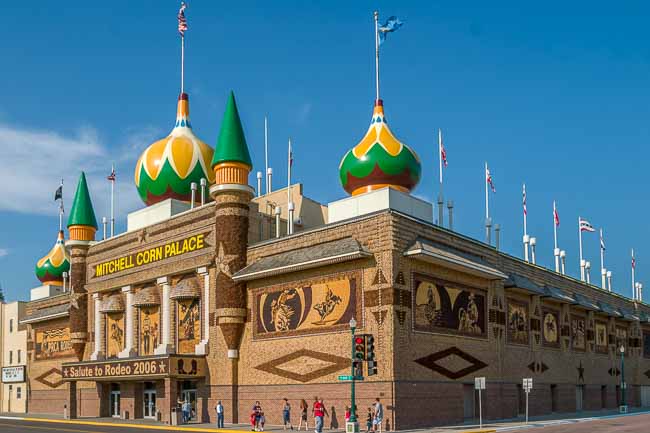 The facade of the Mitchell Corn Palace is a work of art made out of corn husks, corn cobs, and sorghum.

The Mitchell Corn Palace is redone every year based around a different theme. When we were there the theme was Rodeo. No matter the theme, it’s amazing to see so many dried ears of corn put to such artistic use. 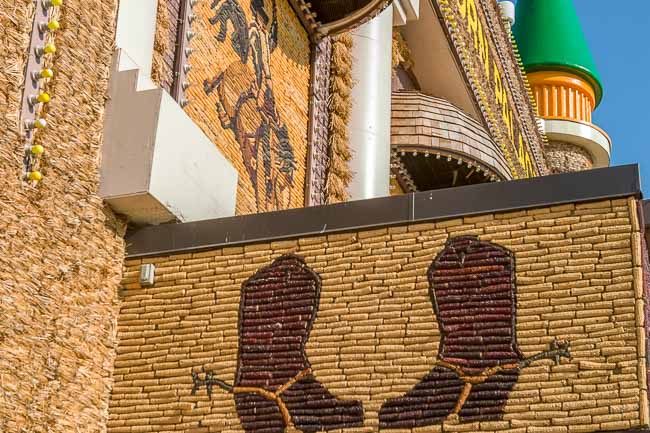 On the road again, we headed for the Akta Lakota Museum & Cultural Center in Chamberlain, South Dakota which is well worth everyone’s time. They’ve got some very compelling displays about traditional Sioux life and a lot of eye-opening information. For example, we learned that the word Sioux is a bastardization of the French word for “enemy” and was/is used to encompass a bunch of different tribes including the Lakota, and the Dakota. Originally, these were all part of one tribe, but as white men encroached they dispersed further west and splintered into separate groups with individual dialects.