The words “crater” and “lake” are right in the name of this national park in Oregon. That’s already pretty dramatic, but nothing compares to the impact of the color of the namesake lake. 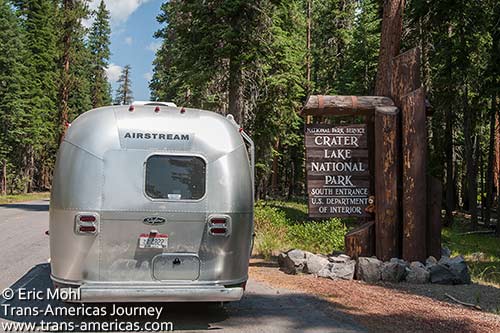 Arriving at Crater Lake National Park in style in our (borrowed) Airstream.

Founded on May 22, 1902, Crater Lake National Park was the sixth national park established in the United States. Everyone knows that it’s home to one of the bluest and deepest lakes on earth, but it wasn’t until we arrived at the park’s Rim Village and looked down into the caldera that the full drama of the place finally hit us: it’s the blue. 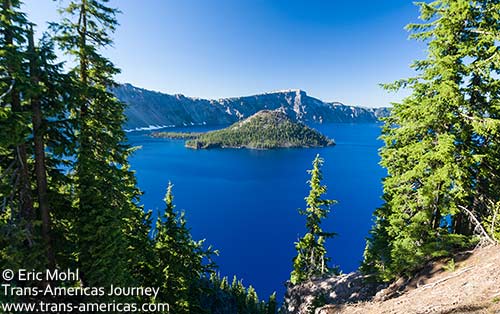 Crater Lake, the deepest and bluest lake in the United States.

In 1853 the first European to see the lake, John Wesley Hillman, dubbed it “Deep Blue Lake.” Profoundly unimaginative, but totally accurate. Crater Lake, which was formed almost 8,000 years ago after a massive volcanic eruption obliterated Mount Mazama, is both stunningly blue and incredibly deep. At nearly 2,000 feet (600 meters) deep in high rainfall years, Crater Lake is the deepest lake in the United States and the ninth deepest lake on Earth. 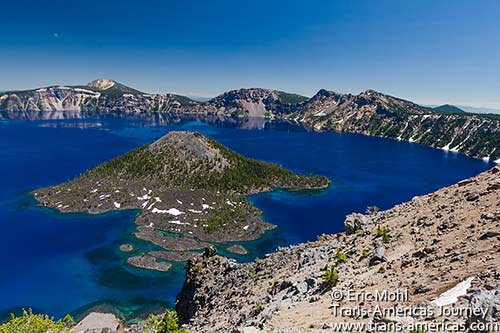 Wizard Island is a cinder cone in Crater Lake, the spectacular centerpiece of Crater Lake National Park in Oregon. 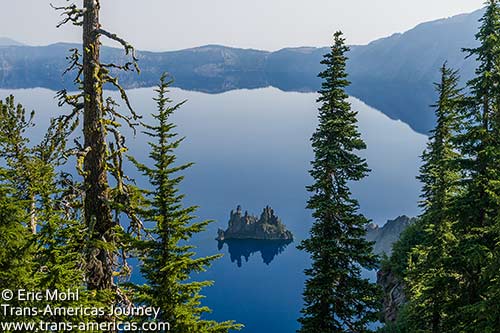 There are a number of vantage points to enjoy Crater Lake from. We hiked up 9,000 foot (2,743 meter) Mount Scott twice because the views down to the lake were so stunning and so we could call our friend Scott from the top on his birthday. 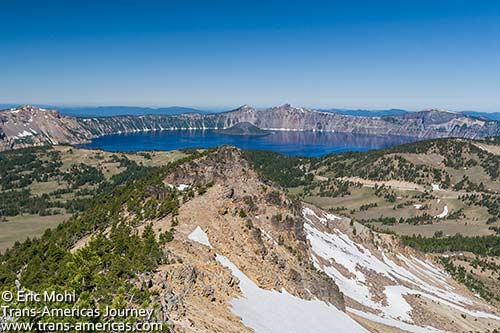 View of Crater Lake from the 9,000 foot (2, 743 meter) peak of Mount Scott in Crater Lake National Park in Oregon.

A nice walk in the opposite direction is the 3/4 mile (1.2 km) Cleetwood Cove Trail which drops 1,000 feet (300 meters) to the edge of the lake itself. It’s steep but worth it for the chance to look right into the incredibly clear water. 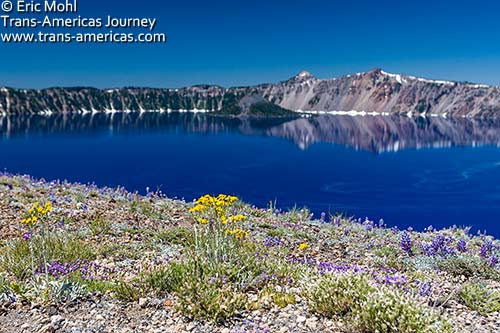 Wildflowers on the shore of Crater Lake take advantage of the park’s snow-free months.

Standing on the lake shore it seemed like we could see all the way to the bottom of the lake hundreds of feet below, and we were nearly right. Record clarity in Crater Lake has been recorded at 134 feet (41 meters). Average clarity is 100 feet (30 meters).

We were very tempted to go SCUBA diving in Crater Lake, which is possible for experienced divers with a special permit. However the prospect of carrying SCUBA gear and lugging a tank up and down that trail was pretty daunting. 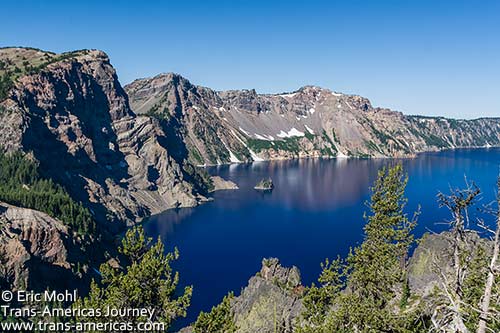 Crater Lake is the bluest and deepest lake in the United States. 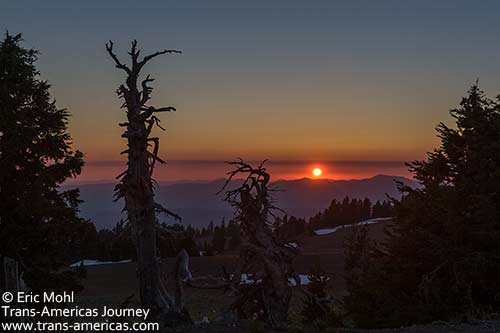 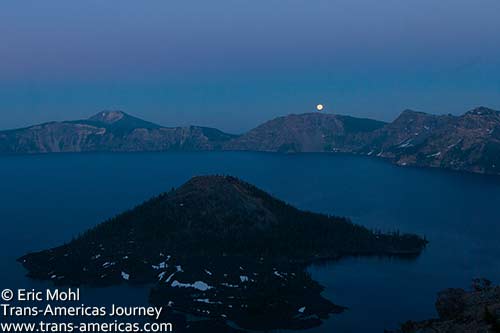 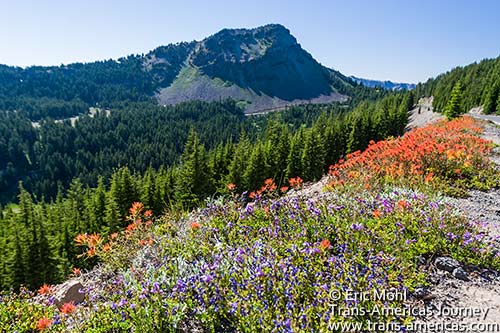 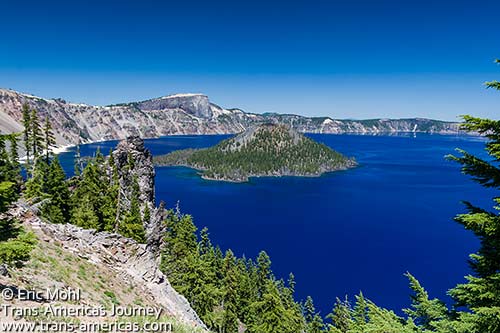 Wizard Island is a cinder cone in Crater Lake, the spectacular centerpiece of Crater Lake National Park in Oregon.

The 7 mile (11 km) road up to Rim Village stays open year-round (weather permitting) but check on the park’s website for updates about the opening date for full facilities and when the park road will open to vehicles. This usually happens in June. 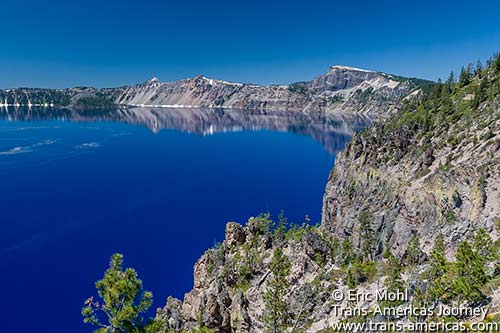 None of our shots of Oregon’s Crater Lake have not been enhanced in any way. The water really is that blue.

Fun fact: The Oregon state commemorative quarter, released in 2005, has an image of Crater Lake on it. 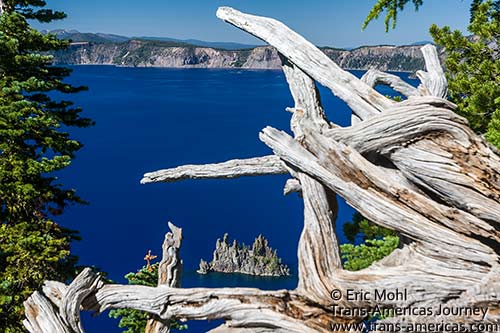