Getting to the Colca Canyon Adventure Travel Guide – Peru

It’s a big fat travel cliche, but in this case it’s true: just getting to the Colca Canyon in Peru is an adventure in and of itself with active volcanoes, a high altitude highway, cave art, wildlife, and much more along the way. 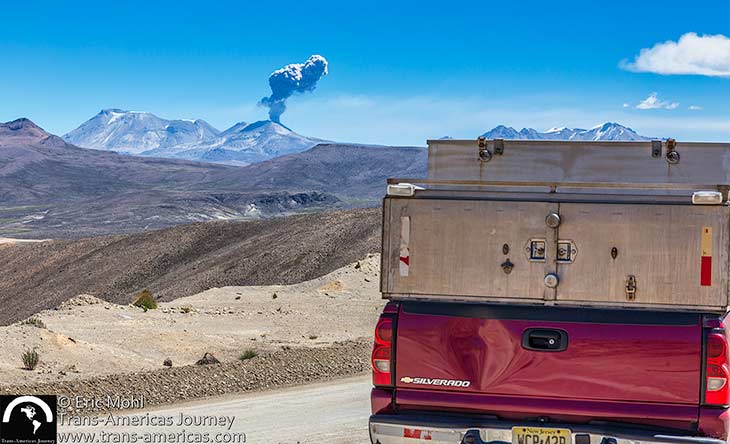 Our truck with the very active Sabancaya Volcano doing its thing in the distance on our way to the Colca Canyon in Peru.

Getting to the Colca Canyon in Peru

It should take only a few hours to drive the 100 miles (160 km) northwest from the city of Arequipa to the town of Chivay in the Colca Canyon (Cañón del Colca in Spanish). However, traffic in Arequipa, scenic stops and side trips along the way, and road construction to maintain the very high highway can add hours (it took us nearly seven hours to do this trip). Plan accordingly. 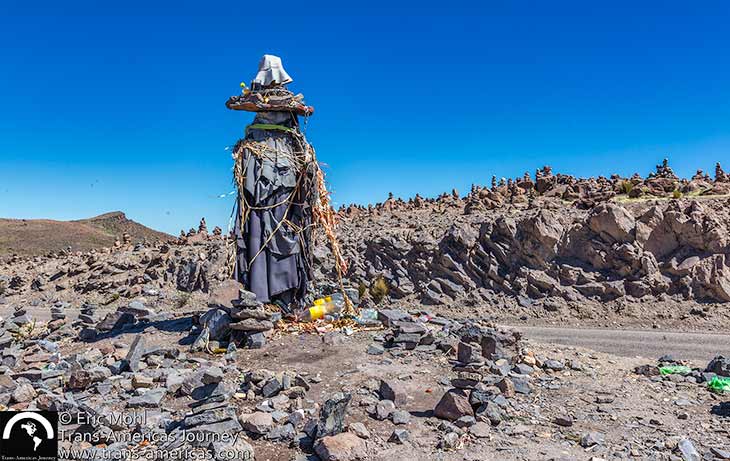 You will be traveling on the highest paved road in the Americas and at a max height of 16,109 feet (4,910 meters), this is the highest road we’ve driven on to date on our Trans-Americas Journey. Along the way, we passed small groups of vicuña, erupting volcanoes, and took a side trip to see petroglyphs. 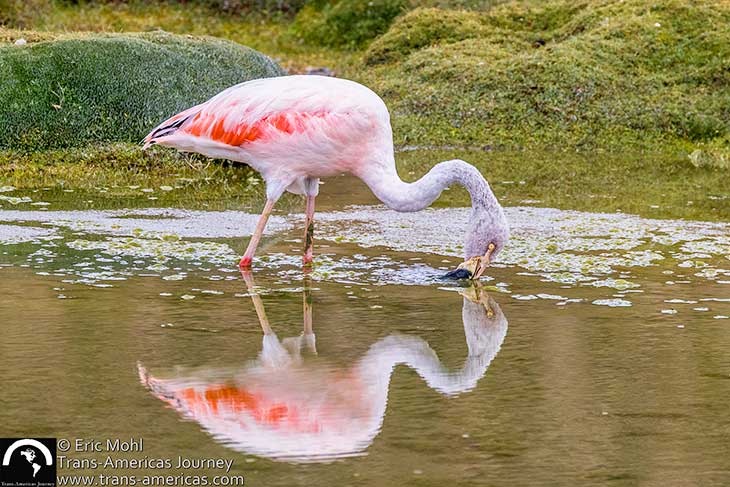 Much of this drive passes through the Salinas and Aguada Blanca National Reserve. At more than 13,000 feet (4,000 meters), this high altitude 906,718 acre (​​366,936 hectare) protected area is home to thousands of wild camelids including vicuña, alpacas, llamas, and guanacos. 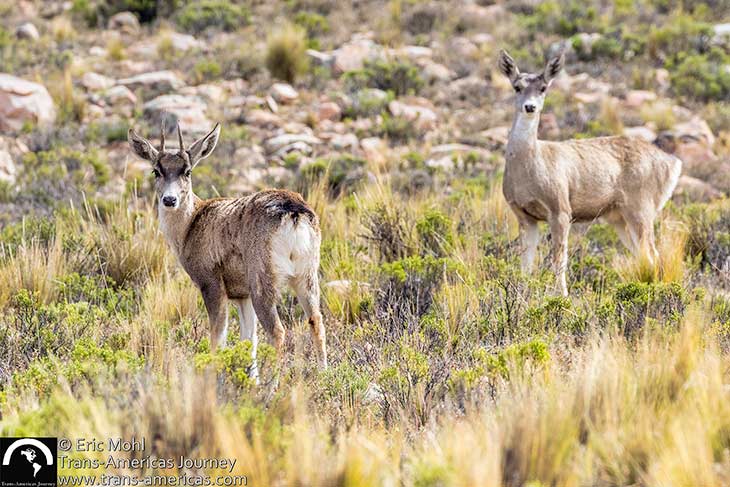 The reserve is also home to other species including endangered Taruca deer and flamingos. 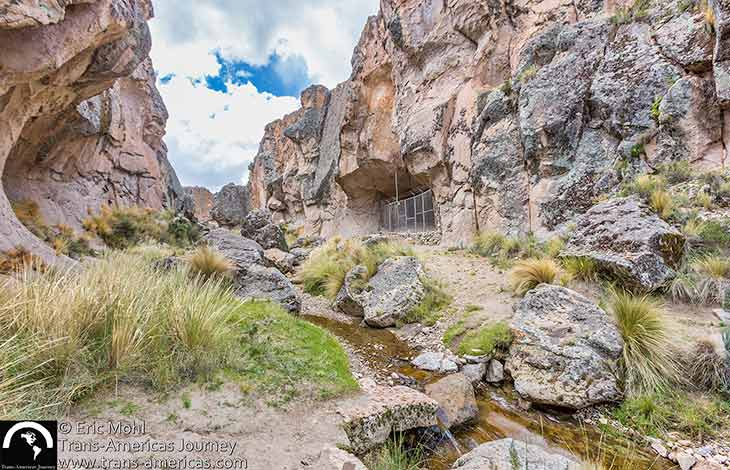 The less than glamorous chainlink fence that protects cave petroglyphs near the town of Sumbay.

About of the way between Arequipa and Chivay and also within the Salinas and Aguada Blanca National Reserve you’ll find the Sumbay Caves. Rediscovered in 1968, the caves are decorated with hundreds of designs dating back 8,000 years. 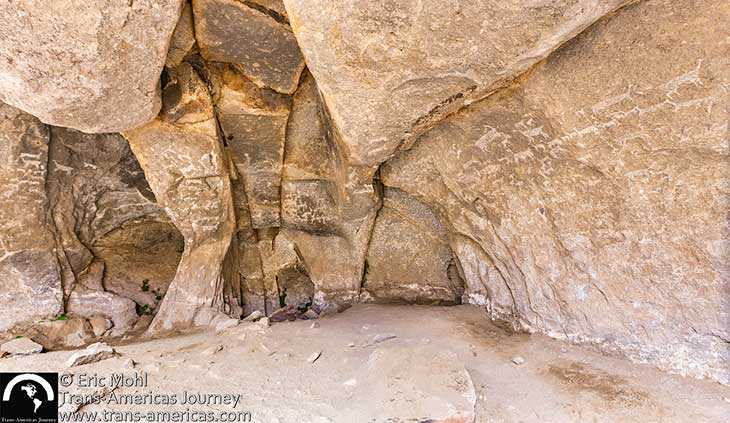 The petroglyphs are located about 4 miles (7 km) off the main highway on a dirt road. At the nearly abandoned town of Sumbay we got a gate key from the lone family living there, then it was a 10-minute walk down a clear trail to the cave itself. 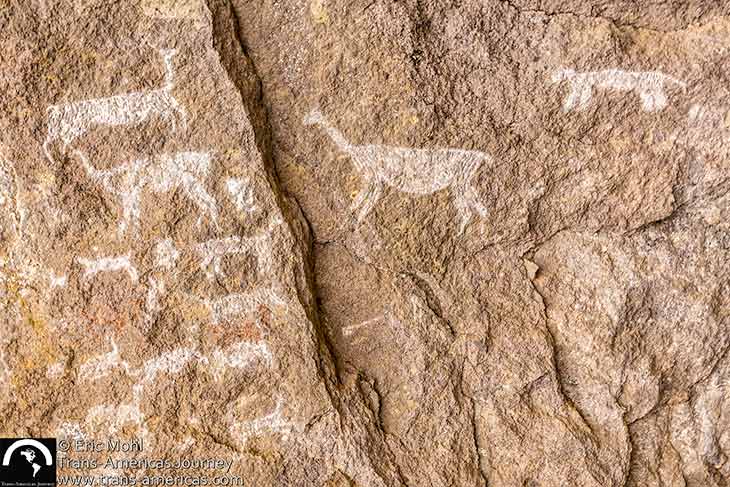 Camelids carved into the cave walls along with a puma in the upper-righthand corner.

The cave has a large mouth (covered in an unsightly chainlink fence to keep vandals out), so there’s plenty of light (no need for a flashlight). We were able to clearly see many camelids (there are more than 500 depictions of them) and we also saw a human figure and a puma. 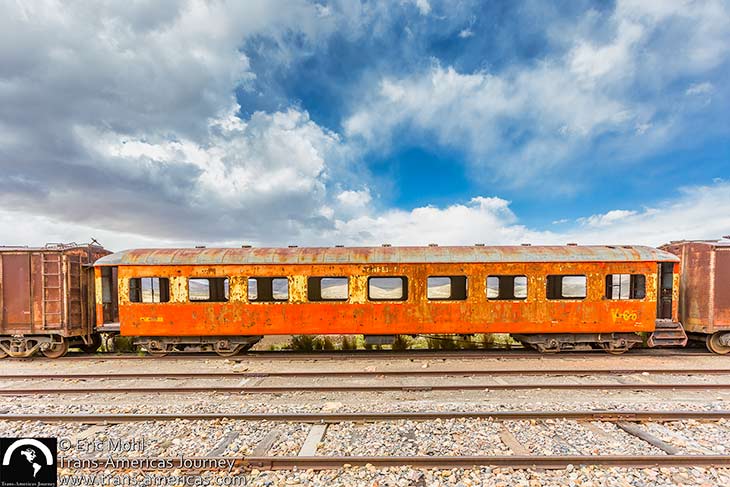 Abandoned rail cars near the town of Sumbay.

Back in the town of Sumbay, we stopped to check out the train station and some abandoned rail cars. Despite appearances, the rail line is still functional and is used by coal trains and the Belmond Andean Explorer luxury passenger train that travels between Arequipa and Puno on the shore of Lake Titikaka (and vice versa).

The roadside Mirador de los Andes viewpoint provides views of smoking Nevado Sabancaya on the right and snow-covered Nevado Chachani on the left.

Another dominating feature of the landscape during the drive to the Colca Canyon is the presence of so many volcanoes that dot the high altitude plateau including. These include Nevado Chachani and the very active Nevado Sabancaya which has been spewing out stuff on the regular since 1986. The Mirador de los Andes viewpoint along the road is a great place to stretch your legs and check out the volcanoes all around you. 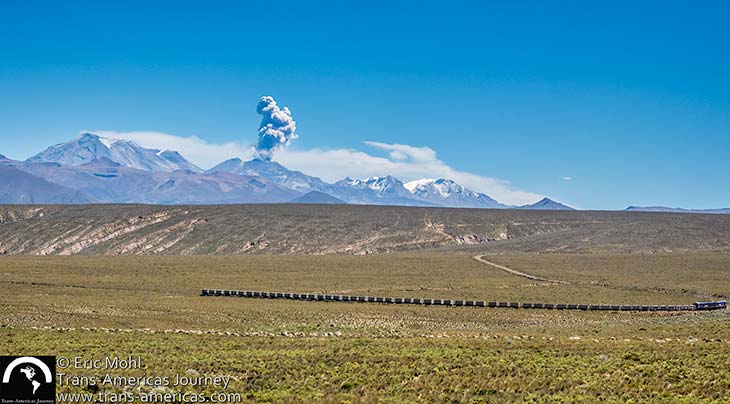 A coal train travels along the plateau as Nevado Sabancaya erupts yet again.

Just remember to take it slow. This volcano viewpoint and the Abra de Patapampa pass just beyond is at 16,109 feet (4,910 meters). And be sure to appreciate the stacked rock apachetas (sometimes spelled apachita) here as well. 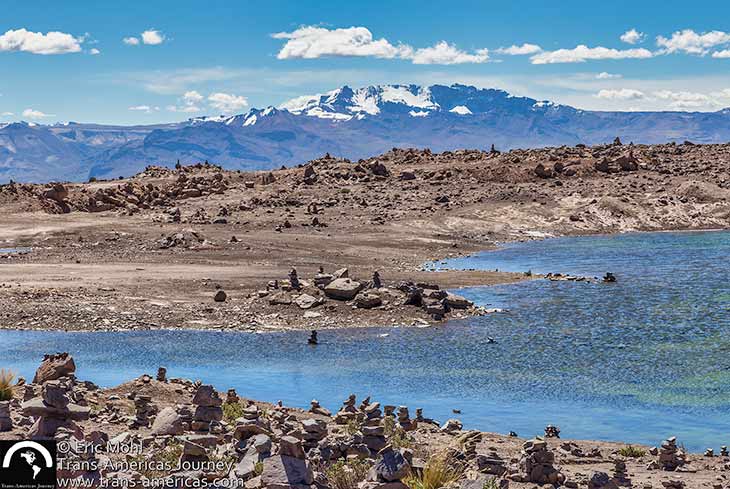 A lake below Nevado Mismi, pictured in the background, was recently identified as the furthest headwaters of the Amazon River.

Another notable volcano is Nevado Mismi, an 18,363 foot (5,597 meter) giant that looms over the Colca Canyon. Scientists have recently confirmed that a lake below the glacier of this mountain is the most distant headwaters of the Amazon River. 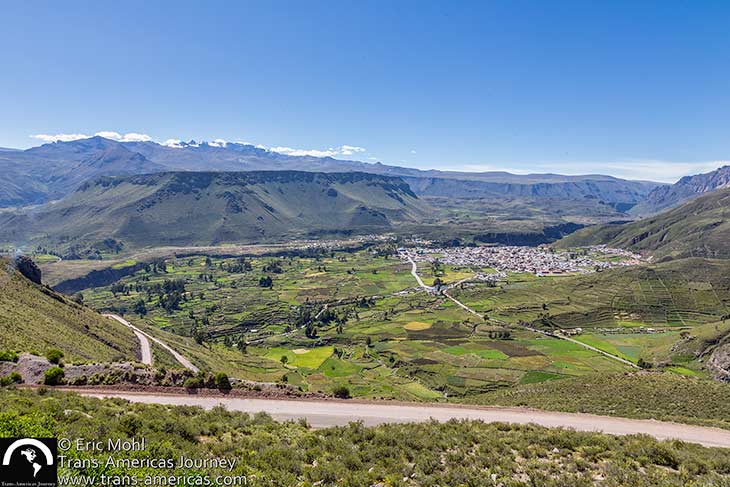 The town of Chivay, in the upper Colca Canyon, with Nevado Mismi looming above.

The time-lapse video of our drive to the Colca Canyon, below, shows you all the highlights including multiple volcanic eruptions from Nevado Sabancay starting at 2:40.