Day 32 of our Journey

We got the all access star treatment at the Indianapolis Motor Speedway in Indiana leading up to the Indy 500 including a museum tour with a racing legend, laps with Lance Armstrong, and a place in the Indy 500 parade. 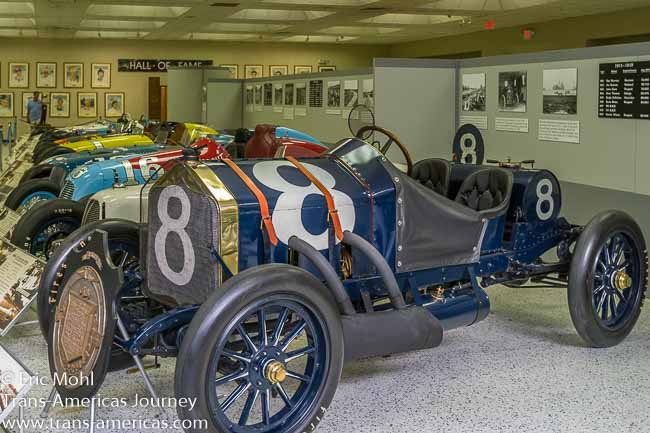 Touring the Indianapolis Motor Speedway Museum with a legend

It was only 9 am and already we were getting the all access treatment with a tour of the Indianapolis Motor Speedway Museum led by none other than Donald Davidson, the track historian. One guy actually walked up to us and whispered “Is that Donald Davidson?” before waking away in awe after we confirmed that it is. 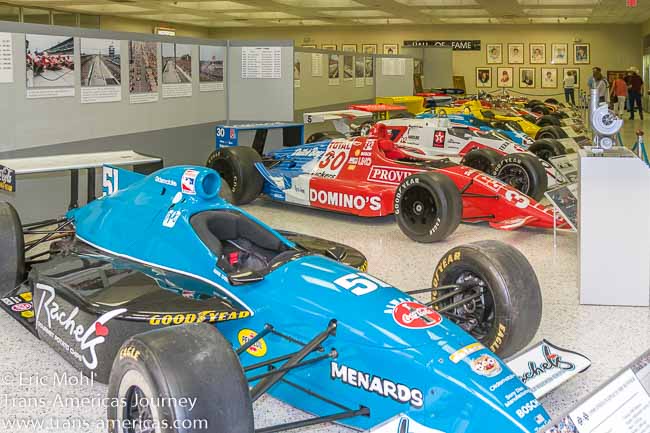 Here’s just a sampling of what Mr. Donaldson taught us: The Indianapolis Motor Speedway was built in 1901 as a 1 mile (1.5 km) dirt test track because the roads in Indianapolis were too bad to drive on. It was soon repaved with 200,000 bricks, giving it its lingering nickname, the Brickyard.

In the late 1930s, the bricks were slowly paved over after a team, which Davidson will not name, complained about the bricks. Now just one thin stretch of bricks shows through the paving and those have been diamond ground to reduce friction with the race car tires.

Then he showed us a bunch of secret stuff in a secret room that we’re not allowed to tell you about but it was mind-boggling. We’re serious. We’re probably already in trouble. 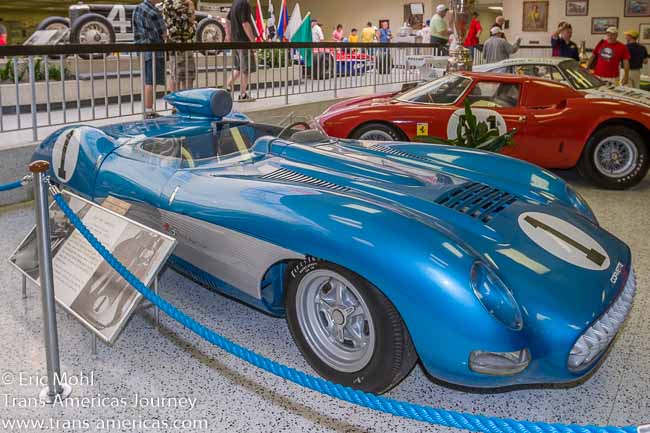 The museum itself is pretty mind-boggling too and we got a kick out of their exhibit which recreates a common pit area from the ‘50s, complete with girly calendar and a helpful sign that warns drivers not to try to turn right or turn around on the track. 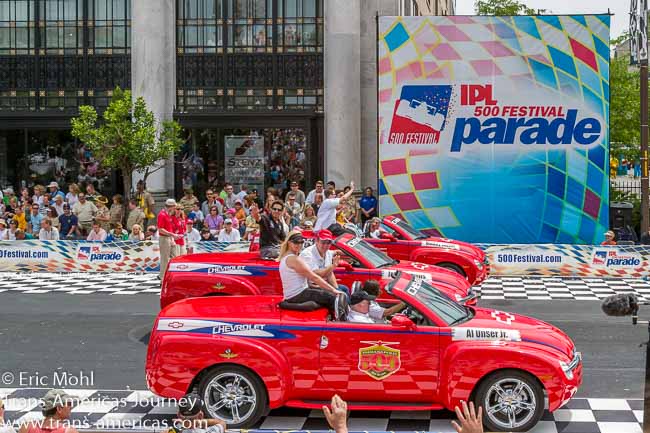 Al Unser Jr. came out of retirement to race and he appeared in the official pre-race parade.

Taking our place in the pre Indy 500 parade

Then it was off to watch the annual parade that is a pre-race Indy 500 tradition through the streets of surprisingly charming downtown Indianapolis. Originally, Chevrolet had arranged for us to drive one of this year’s racers in the parade but that fell through at the last minute so we pretended not to be disappointed as we settled into our seats. 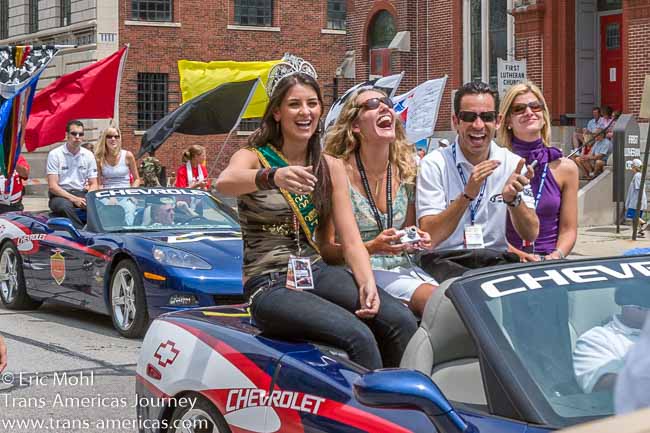 Brazilian Indy driver Helio Castroneves with Miss Brazil and his girlfriend and sister.

Then, somewhere between the apperance of a marching band with the world’s biggest drum (we’re skeptical) and Gene Simmons from Kiss (who wrote the race’s pretty icky theme song, “I Am Indy,” and seems happy to stick his tongue out for anyone which is also icky), we got luckier than lucky and ended up being driven around the parade in the back of a red 1928 Studebaker.

Do not ask us how. We do not exactly know how (thanks Travis). We just started waving and hoping no one would kick us out as we pulled in front of the three Indy racers who would be starting in row one tomorrow. It’s like being in a procession through London right in front of the queen. 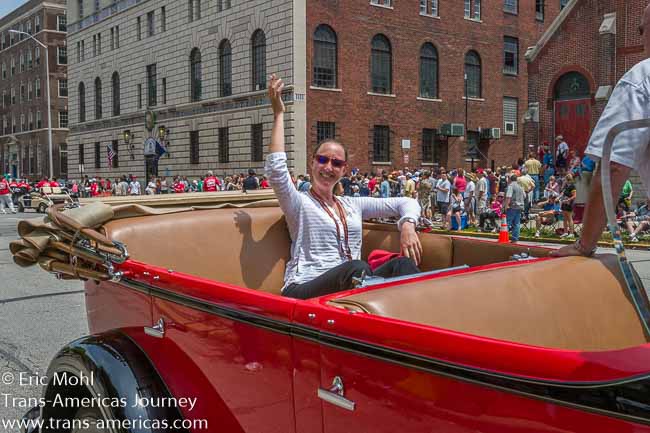 Karen practicing her ‘royal wave’ in the back of a 1928 Studebaker after we got a last minute invitation to ride in the pre-Indy 500 parade.

Soon, automotive journalist (he’s gonna love that) Mike Austin joined us. Then we picked up jalopnik.com associate editor Ray Wert who climbed into the back of the Studebaker while the car was moving and started whipping the crowd into a pre-race frenzy in an unabashed demonstration of the best thing about parades: the power. If you’re in one, you can get the crowd of spectators huddled along the side of the parade route to do your bidding. If you’re over 21, here’s some video of what we mean as demonstrated by Mr. Wert. 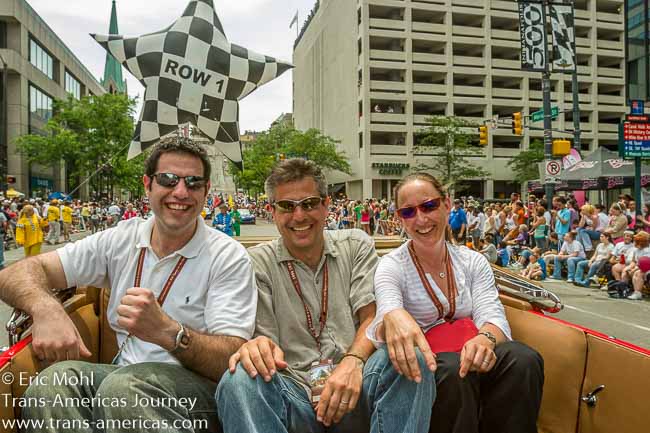 Motley crew: Ray Wert III (left) and us enjoying the view from inside the parade. Note our prime spot right in front of the row one drivers. 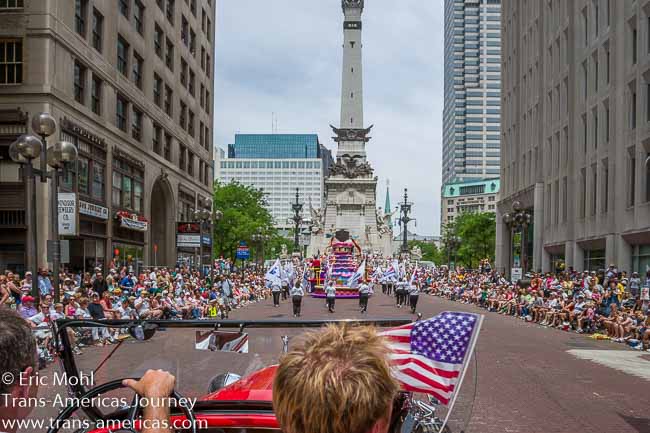 View of the pre Indy 500 parade from the backseat of our 1928 Studebaker.

The only problem with becoming part of a parade at the very last second is that there is no time to tell the parade announcers who the heck you are. This means we completed the entire parade route without ever being identified, which inspired many in the boiling hot crowd to begin shouting “Who are you?” as we slowly passed by.  It’s a good question when you think about it. Perhaps because they, too, had no idea who we were ESPN cuts us out of their televised parade coverage after we’d called everyone we’ve ever known to tell them to look for us. 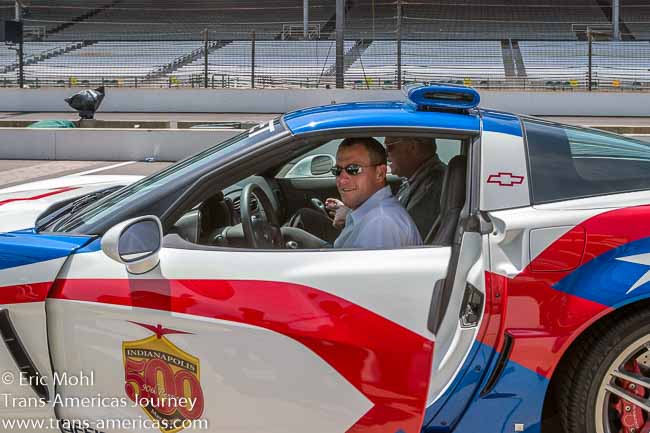 Lance Armstrong gets in for a few practice runs in the Corvette Pace Car.

We barely made it back to the track in time to get blown off by Lance Armstrong, the guy who gets to drive the Corvette VO6 that is the official Indy 500 pace car this year. To be fair, Lance was a little busy getting some pace car driving pointers from three-time Indy winner Johnny Rutherford who now coaches all Indy 500 pace car drivers. But it didn’t actually look like Lance needed any help as he pulled out onto the track for a practice lap or 12. 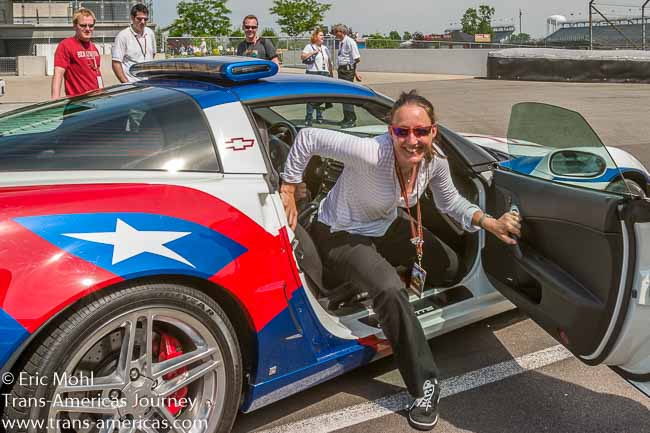 A very excited Karen emerges from the Corvette Pace Car after being driven around the track for a few laps. 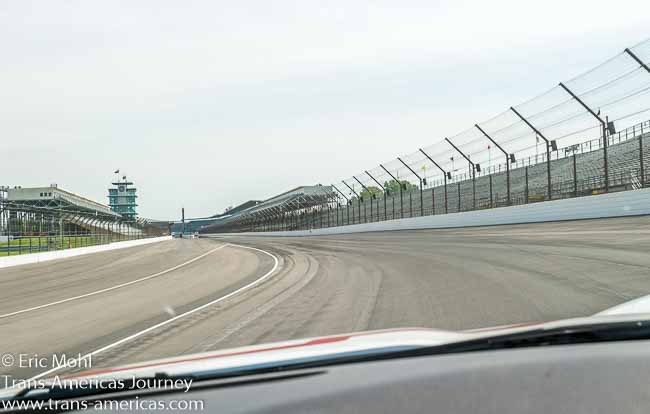 An exhilarating view as the Corvette Pace Car comes out of turn four and heads into the homestretch on the Indianapolis Motor Speedway. 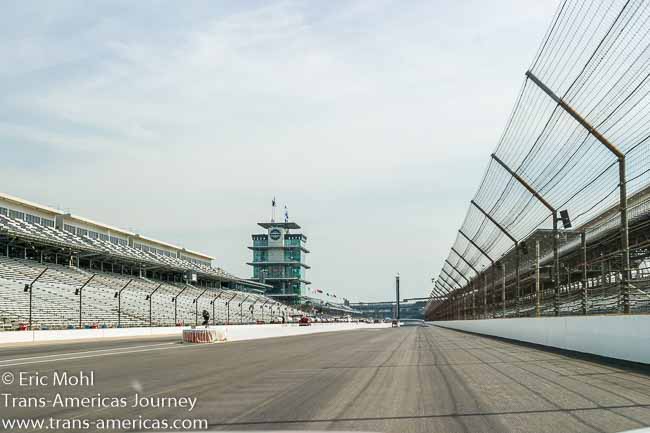 The Corvette Pace Car heads down a straightaway on the Indianapolis Motor Speedway.

After following Lance around like a puppy for another hour or so, we get blown off again but the sting was lessened by the fact that we also got to be driven around the Indianapolis Motor Speedway in the Corvette pace car. Unfortunately, there were still workers on the track so we had to keep the Corvette under 100 mph. 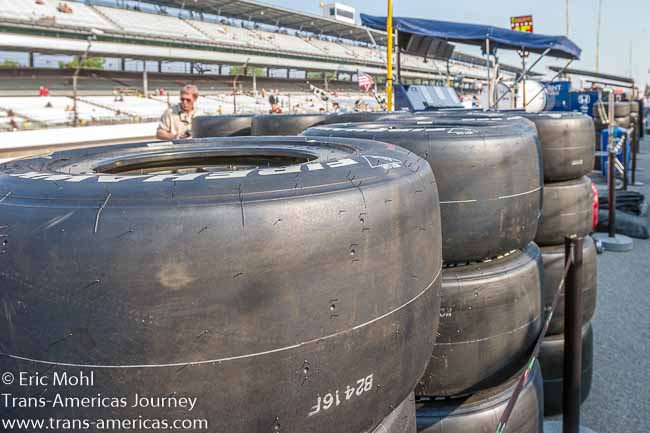 In the pits with a load of fresh tires, which can mean the difference between a win and a loss. 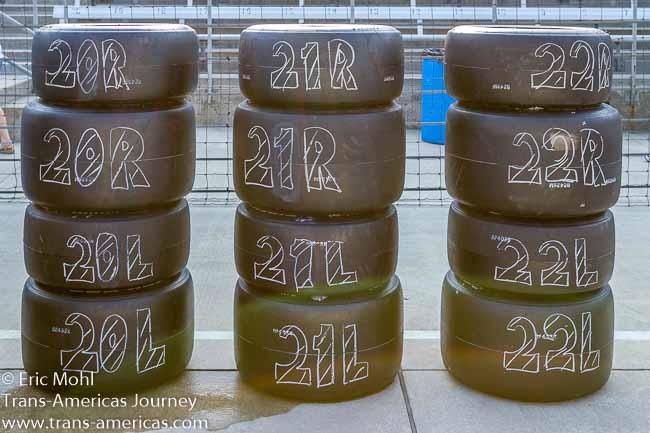 Shouldn’t the crews know where the tires go by now? Helpful labels on fresh tires in the pits. 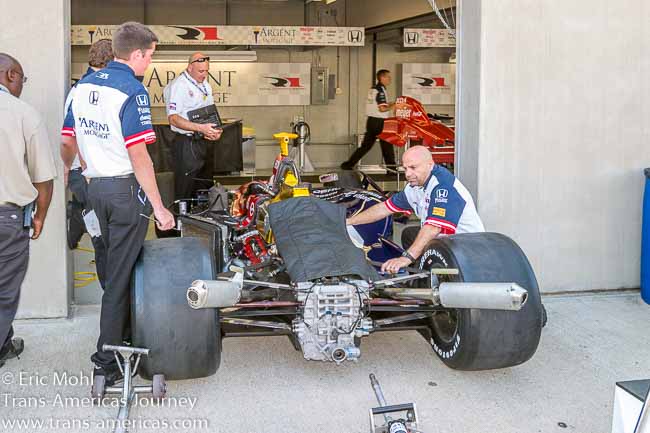 Danica Patrick’s garage where her crew checked out one of her cars pre-race.