It all started with a Ferrari. When San Diego real estate magnate Edward Kaen recently found himself craving one of the Italian sports cars it dawned on him that the same aesthetics that make the Ferrari so irresistible could (and should) be applied to a hotel. Kaen promptly bought a land-marked, five-story brick building in the city’s trendy Gaslamp District (it is to San Diego what Soho is to New York City). 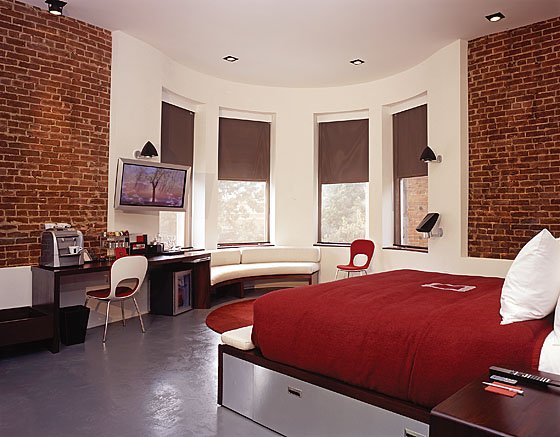 The Keating Hotel in San Diego.

He hired Pininfarina Extra, a spin-off of the design team responsible for the Ferrari and the Maserati, to conjure up everything from the colors (red and black), to the materials (steel, dark woods, polished concrete) to the furnishings (voluptuous chairs, closets that pull out vertically and see-through tinted plastic showers—its cooler than it sounds). The unique result is The Keating Hotel. 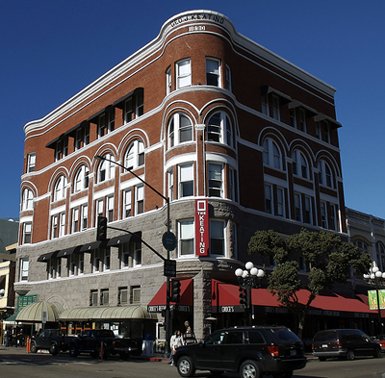 The Keating Hotel in San Diego.

In addition to all that hip design, the hotel’s 35 stanzas (that’s Italian for guest rooms) are also kitted out with a smorgasbord of high tech winners from Pininfarina including the design firm’s Lavazza Blue coffee maker and their stunningly Barbarella-esque Morphosis Jacuzzi (in Stanza Imperiale rooms only). All rooms also have at least one 37” Bang & Olufsen plasma HD TV plus a Bang & Olufsen sound system, telephone, and speakers.

Creature comforts are more than accommodated with goose down duvets and pillows, Frette linens, Riedel glasses, custom-made toiletries, and ceramic ionic hairdryers not to mention fresh biscotti at turndown.

Located in a neighborhood increasingly known for its nightlife, the hotel also features a semi-private club below the lobby which is only open to hotel guests and local members and features full bottle service. For a less subterranean outing, head for the nearby San Diego Wine & Culinary Center. 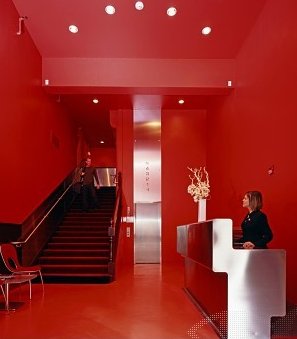 The lobby of the Keating Hotel.

Despite its slightly scholastic-sounding name, the only thing you’ll have to know is that this is a place where you can pay retail price (as in ZERO MARKUP) for great wine in a relaxed, jazz-filled environment. The charming wine-loving owner runs an extremely successful catering company and is using those profits to subsidize the Center which allows him to offer lucky patrons an amazing selection of wine at equally amazing prices by the bottle or the glass.

Yes, it’s a bit silly that the obviously SoCal staff of The Keating Hotel have been trained to say hello and goodbye in Italian (even sillier that their uniforms obviously aren’t Italian) and the red and black bathrobes can make you feel like you’re wearing one of Hugh Hefner’s smoking jackets, but the overall effect of The Keating Hotel is undeniably sexy.