Day 57 of our Journey

After waking up with a hangover in a town that we were “just passing through” we went in search of breakfast and found ourselves on gorgeous local byways through the Keweenaw Peninsula, one of which delivered us to The Jampot. 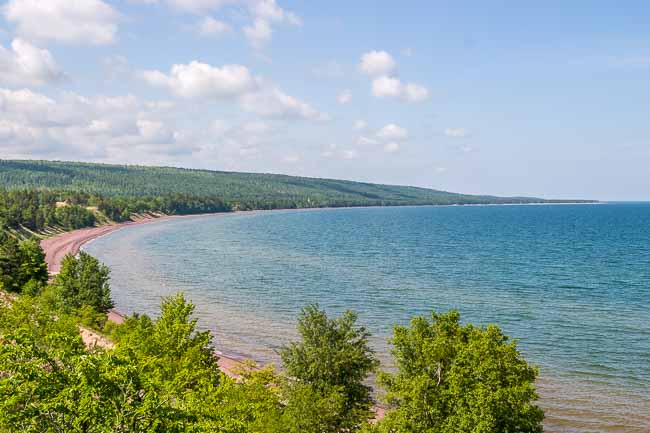 Run by monks from the nearby Society of St. John, The Jampot sells more than a dozen different varieties of monk-made jams, jellies, and spreads ranging from the traditional (raspberry, orange marmalade) to exotic recipes based around a seasonal wild fruit, the huckleberry, that has a cult-like following. In fact, there are so many jams that the monk in charge of stirring the jampot at The Jampot has developed carpal tunnel syndrome. 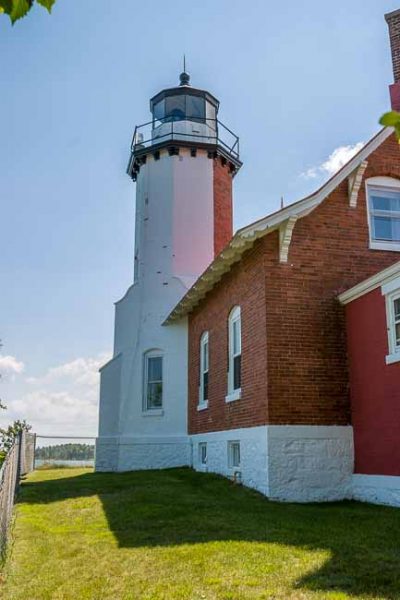 Eagle Harbor Lighthouse guides vessels on Lake Superior around the northern edge of the Keweenaw Peninsula. 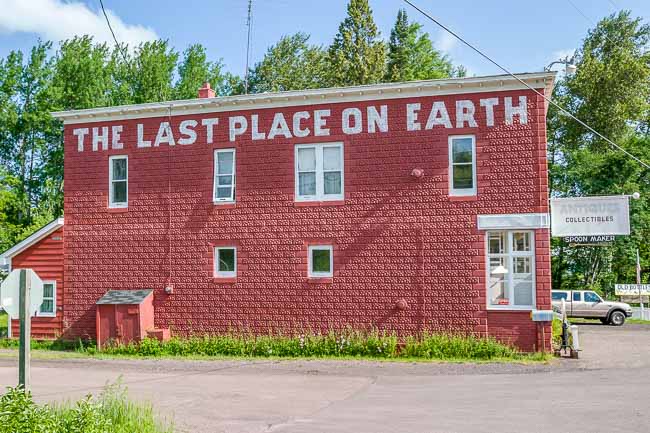 Not quite the last place on earth, but Michigan’s Upper Peninsula is remote enough to be exciting and relaxing at the same time.

The tiny wooden shop also sells an awful lot of booze-soaked cakes but it’s not even 11 am yet, so we opted for a non-alcoholic muffin (which is twice as big as a fist). As we paid the fully-robed monk behind the cash register (weird), we noticed a sign in the kitchen behind him which showed a prototypical image of a bright red Satan (complete with a pitchfork) encased in a circle and a slash (brilliant). 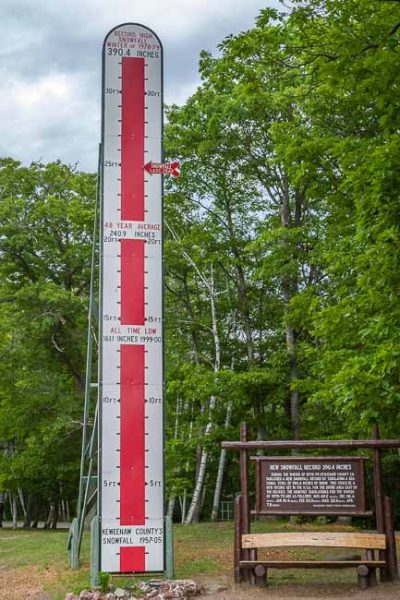 It snows THIS much in the Upper Peninsula. 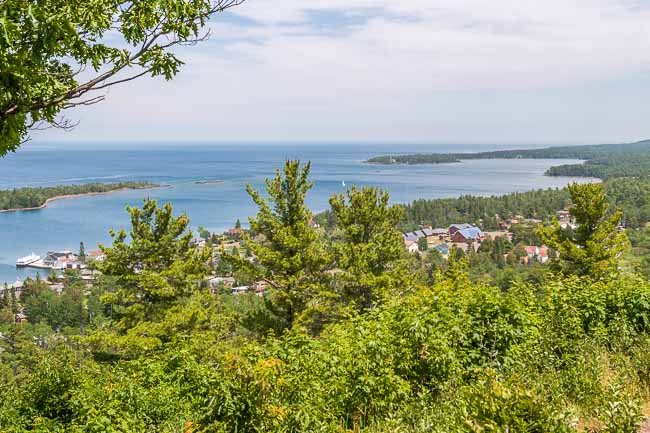 Copper Harbor at the end of the Keweenaw Peninsula.

After this blessed breakfast, we continued along the shore of Lake Superior, exploring the remote Keweenaw Peninsula, the northernmost part of Michigan’s Upper Peninsula. 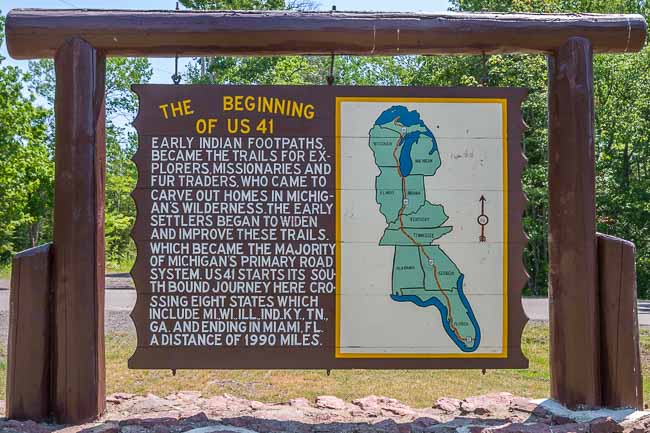 Copper Harbor, Michigan near the tip of the Keweenaw Peninsula is the beginning of US Highway 41 which ends in Miami 1,900 miles (3,057 km) away.