Day 56 of our Journey

We had every intention of camping for the night, but then we pulled into the McLain State Park campground and discovered that camping fees have skyrocketed to more than $30 per site per night. An obviously embarrassed park ranger explained that every Michigan state park campground that had 80% or higher occupancy last season was told to double their camping fees this season. We thanked her and headed for Calumet where we figure we’d check out Shute’s Bar (per previous advice from Mike in the tourist info office), then find a motel for about the same price as the campground. An irresistible combination of bourbon, dinosaur bones, a beagle, and 14 waffle makers prevented us from getting any further than Calumet. 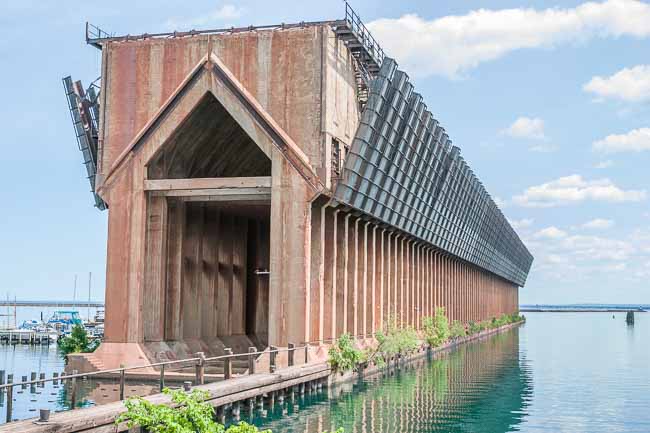 It all started, as we now know many things do, at Shute’s Bar. We walked in around 8 pm on a Thursday, just in time for the weekly karaoke night. Regulars, obviously anxious to use up a bit more of their 15 minutes of fame, mingled around nursing $3.75 cocktails or $2.50 beers. 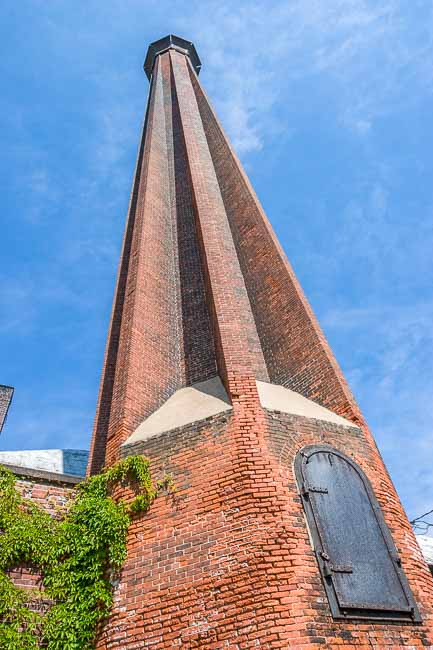 The town of Calumet is full of relics from the late 19th century when more than half of the copper produced in the US came from the Calumet & Hecla Mine.

We ordered two Maker’s and gingers from Sherry behind the bar–who just had her hair streaked for $9 but was unhappy with the results–and sat down, unwittingly taking the seat of a gentleman who has “stepped out,” leaving his cocktail behind. We had officially arrived in Michigan’s oldest known original tavern.

Built in 1895 during the town’s copper mining boom years, Shute’s Bar has been lovingly restored and features a fantastic wooden bar with the original stained glass canopy hanging over it (some folks tried to tell us the canopy is Tiffany glass, but we remain skeptical). Over the years, artifacts from the area have found a home in the bar as well and today every surface is covered: old miner’s boots, slave shackles, the bar’s original 1894 liquor license, even tokens used in a long defunct brothel called The Hog House.

How do we know this? The man whose seat we’d taken returned (wearing a German motorcycle helmet which he refused to take off even once safely inside) and introduced himself as an archeologist and finder of most of the bar’s treasures (he did mumble his name but we never quite got it). After a few sips of his now tepid cocktail, he proceeded to present the bar’s top prizes including the aforementioned brothel tokens and a dinosaur thigh bone which he drunkenly held in the predictable position. We hardly noticed that the karaoke had started, but we did notice that we are starving. 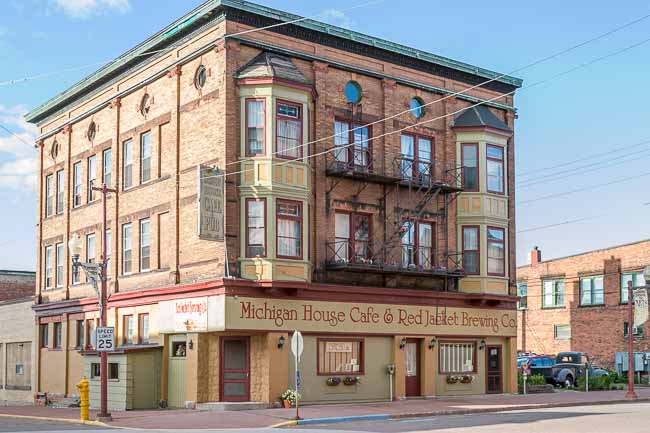 We ate, drank, and were very merry at The Michigan House Cafe and Red Jacket Brewing Company in Calumet, Michigan. We suggest you do the same.

Since Shute’s idea of food is hot dog night, we ambled down the block to The Michigan House Café and Red Jacket Brewing. This was our second brilliant move of the night. Owned and run by Tim and Sue (and their beagle, Skeezix), Michigan House not only dishes up a great salad, burgers, and more but they make their own beer (lovingly described in Technicolor detail in their beer menu) and they have rooms to rent upstairs. 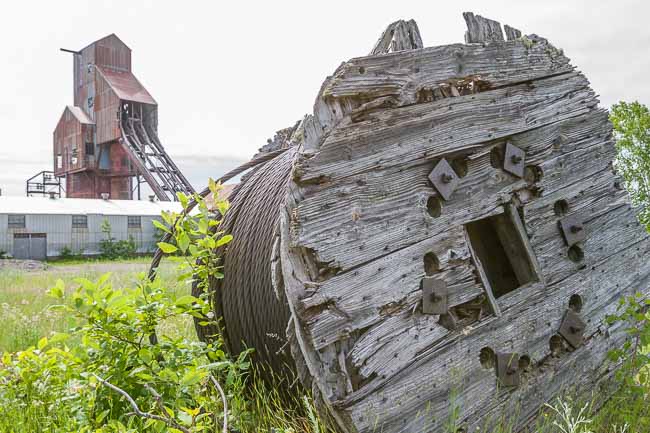 Spools of cable like this were used to raise and lower miners and equipment into the copper mine shafts that helped make the Calumet, Michigan area one of the richest in the world before the mining boom ended.

Part of their ongoing restoration of the 101-year-old, three-story building includes turning the second floor into a guest house and that’s how we end up sleeping in the Corner Walkup, a 500 square foot room with wrap around windows, a fireplace, a working kitchen (adorned with 14 antique waffle makers), a claw-foot tub, and hardwood floors. But not before we squeezed in a few more hours of karaoke and people watching at the Shute. 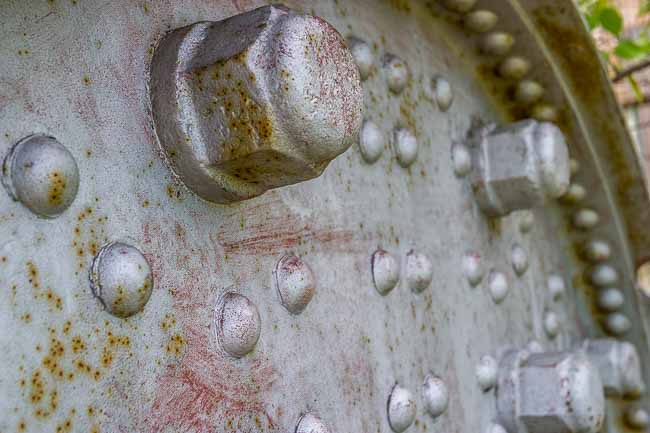 Oh, andi f you’re ever hungry in nearby Marquette, Michigan pop into The Rice Paddy. We did and chose our made-to-order Thai food right behind the local health inspectors (always a good idea to eat where the health inspectors eat.) Owner and chef Aoy Lachapelle also cooks for speed skaters Apollo Anton Ono and Shani Davis and other Olympic-level athletes who spend months in the city’s training facilities and are drawn to her food and her maternal personality.

Aoy has a charming habit of calling everyone boyfriend or girlfriend, but she has other charms too including an impressive pad Thai and, best of all, inside information on gas prices. We were using logic to deduce that gas would be cheaper in Marquette than in the more remote/less populated areas of the UP where we were headed. But Aoy assures us that exactly the opposite was true. So we sped past Marquette’s gas stations and filled up further north where Aoy’s advice saved us a lot of money.

Get more hard won lessons about how to find the best fuel prices during a road trip in the US in our Road Trip Tips story for National Geographic Adventure.