Day 65 of our Journey

Anyone who knows us will tell you that we consider being called skeptical a compliment. So when we drove past a tiny shop with a handmade sign proclaiming “World’s Best Donuts” in Grand Marias we looked at each other and make that “oh, sure they are” face. 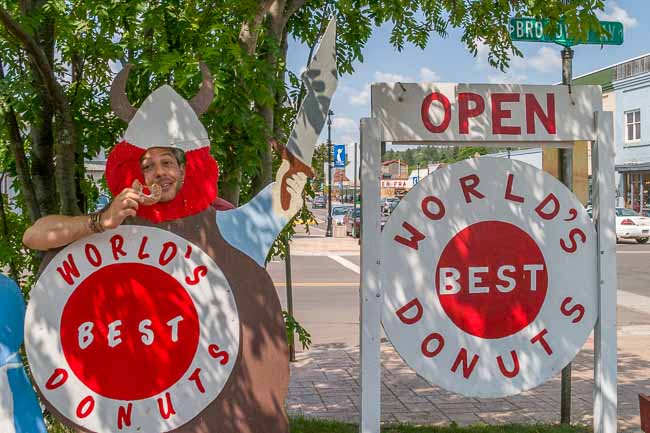 We are delighted to report that the donuts more than lived up to the lofty claim in their name.

But they smelled great, so we wandered in to see and taste for ourselves. Exactly one mouthful later we were converts. Perfectly light, moist cake, not too much icing or sugar ,and not even one hint of greasiness. It was as if they are fried in angel’s kisses. And no silly donuts. You know the ones—they’ve generally got pink icing on them. Or sprinkles. Or both. Nope. Just the world’s best donuts and just the classics (cinnamon sugar, powdered sugar, plain, etc). But be warned, once they sell the last delectable morsel they close for the day (usually around 2 pm). 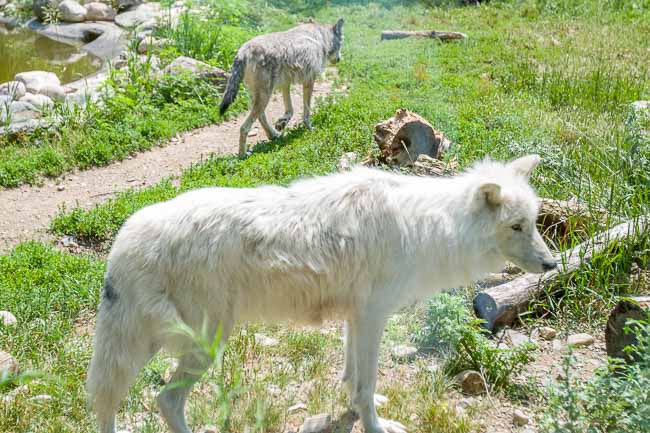 Wolves at the International Wolf Center in Ely, Minnesota.

We grabbed a half dozen to go and headed toward North Dakota for two very good reasons. #1: Who goes to the Dakotas unless they’re boss is transferring them there as a form of punishment and/or they’re running from the law? #2: We got a charming invitation from a man named Dave Kvislen. 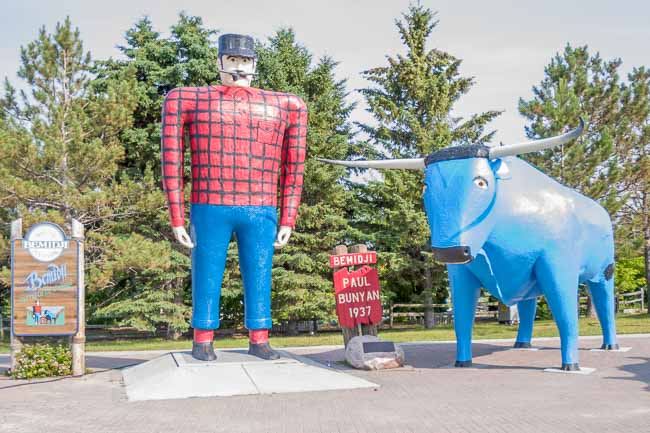 One of many giant-sized renditions of Paul Bunyan and his blue ox Babe in the state of Minnesota. This one in Bemidji claims to be the biggest.

Dave is the Service Manager of the Lake Chevrolet dealership in Devil’s Lake, ND and he was kind enough to take the time to look at this very website and send us an email with an offer we couldn’t refuse: a free oil change. With our trusty Silverado approaching 9,000 miles (14, 484 km) we felt a long cool drink of the black gold was probably in order, so we emailed Dave and told him we were on our way. 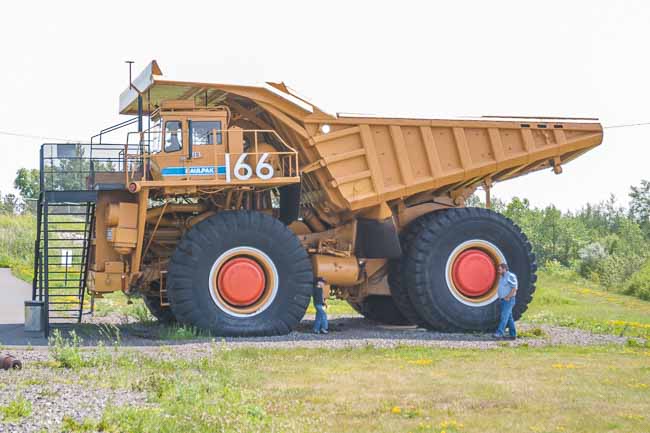 Defunct mining equipment at the Hull-Rust-Mahoning pit mine near Hibbing, Minnesota. These monsters were retired to make room for even bigger equipment here at the largest open pit mine in the world.

Long before we get anywhere near the heart of the Dakotas, we began to see and feel a change as it started to get hot and flat in every direction through the last of Minnesota. In Hibbing, Minnesota we did’t even have the energy to stop the truck long enough to visit Zimmy’s, a restaurant set up to commemorate the fact that Bob Dylan, aka Robert Allen Zimmerman, was born here. 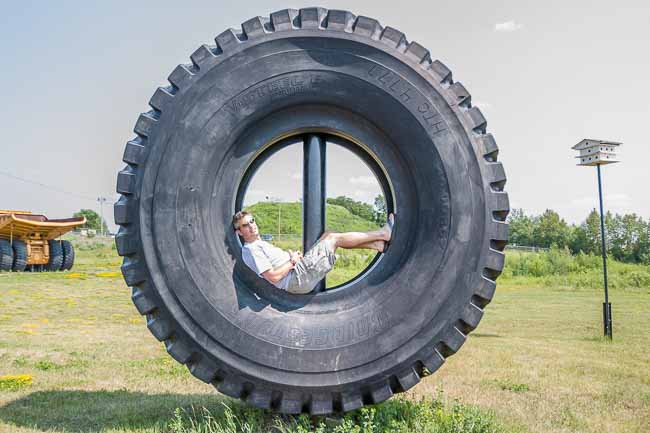 Eric feeling a little, um, tired at the Hull-Rust-Mahoning pit mine near Hibbing, Minnesota.

The Greyhound Bus Company was born here too and Hibbing has the Greyhound Bus Origin Museum housed in a replica bus station that looks nicer than any real one we’ve ever seen. But we pass that by too. Somehow the wavy-hot open road was irresistible here and we just kept moving. 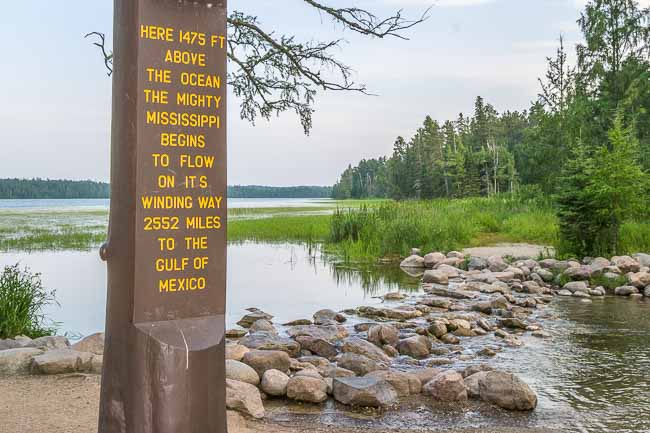 After seeing this mighty river in Louisiana it was hard to believe it was barely a creek at its source in Itasca State Park in Minnesota.

In Itasca State Park in Minnesota, we managed to stop long enough to wade through the source of the mighty Mississippi River which is barely an ankle-wetting creek at this point. Then we drove through a frighteningly intense lightning storm as we officially entered North Dakota. The staccato flashes of light all around us accentuated the flat, nothingness we were speeding through (this is a state where many roads didn’t have a speed limit at all until the ’70s). 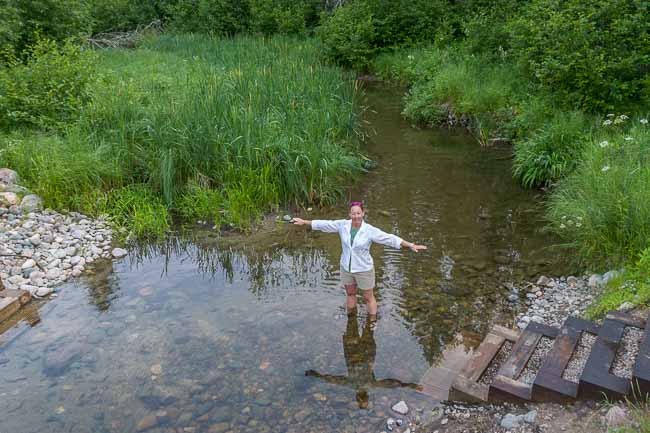 Karen wading across the source of the Mississippi River in Itasca State Park in Minnesota.

We paused again in Grand Forks to grab some dinner but, try as we might, we couldn’t find a restaurant named Grand Forks in Grand Forks. Can someone get on that right away please?