Thanks to long-term stays in Lima, Cuzco, the Sacred Valley, and La Paz, plus a trip back to the US for two months, and a return to Colombia without our truck, we’ve driven less than 5,000 miles (8,000 km) in the past 18 months. However, in March of 2019, we got back in the saddle (or at least the driver’s seat) in a serious way covering 2,835 miles (4,562 km). This makes March 2019 the highest mileage month we’ve had in years on our little road trip, and we did all that driving in a mileage packed 16 days in Bolivia and Argentina. Here’s what it looked like. 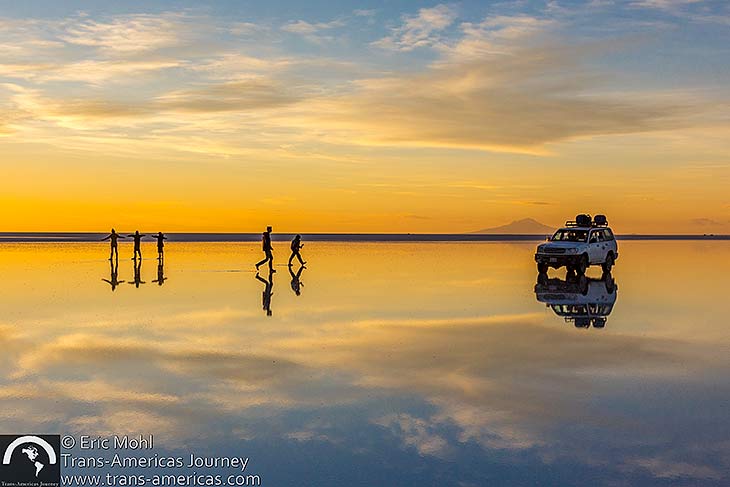 In March 2019 we returned to the Uyuni Salt Flat in Bolivia to see it during the wet season when a few inches of water turn the surface into a mirror.

On March 12, we left La Paz, Bolivia and headed back to the Uyuni Salt Flat to see that spectacular area in the wet season (check it out, above). Then we drove south to the border crossing between Villazon, Bolivia and La Quiaca, Argentina. This turned out to be our slowest border crossing on record due to the difficulty of obtaining the required liability insurance at the border. It’s always something. 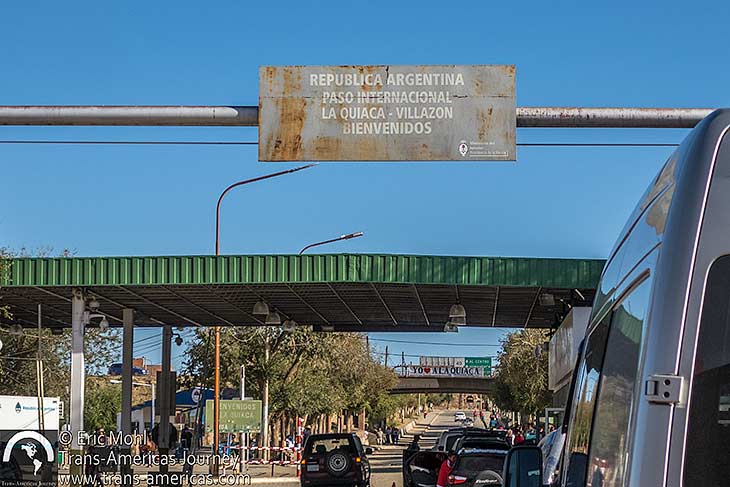 Finally in Argentina, we set about covering the little-visited northern provinces including Formosa, Chaco (home to the awesomely-named El Impenetrable National Park), Misiones, and Corrientes.

From the border, we headed south through the stunning Humahuaca Canyon which was designated a UNESCO World Heritage site in 2003 thanks to its rugged, colorful landscape. Then we drove up to National Highway 81 which is a 400+ mile (640 km) ribbon of flat, straight asphalt that crosses the length of Formosa Province just south of Paraguay. 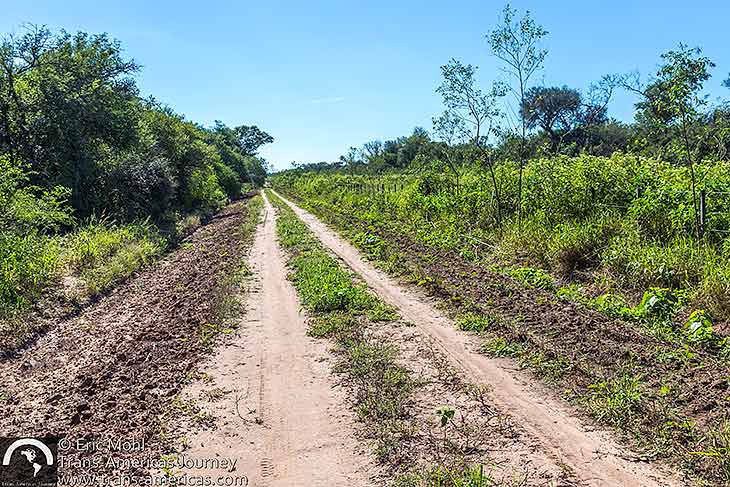 A road within the El Impenetrable area of northern Argentina.

Halfway across flat and straight Highway 81 we dipped South into Chaco Province to the town of Juan José Castelli which is the jumping off point to visit El Impenetrable National Park. We didn’t do the 250-mile (400 km) loop into the park and surrounding areas in our own truck. The roads there are terrible, even by our standards. So we traveled for a few days with Carlos from Ecotur Chaco.

This meant we did not have to beat up our truck on the rough (and sometimes non-existent) roads in the area, and we got guided to areas and experiences we would have missed if we’d traveled here on our own. They don’t call this place El Impenetrable for nothing. Picture arid conditions, scrub forest, and spines or stingers on everything. From the El Impenetrable area, we headed to the province’s surprising capital city of Resistencia with a quick stop in El Chaco National Park along the way. 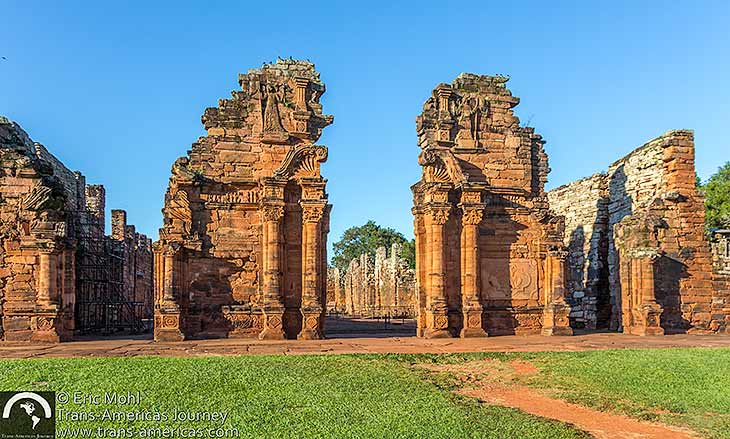 San Ignacio Mini, one of four Jesuit missions we visited in northern Argentina.

In Misiones Province, we visited the ruins of four Jesuit missions which were designated as a combined UNESCO World Heritage site in 1983. Honestly, the scant remains of the missions were a bit disappointing but the Misiones Province landscape of deeply red earth, green and manicured yerba plantations, and rolling hills was beautiful.

Then we headed for the really weird Moconá waterfall which happens seasonally along the length of a stretch of river where a shift in ground levels has created a unique parallel falls. From there we finally headed south toward Buenos Aires along the Rio Uruguay through the provinces of Corrientes and Entre Rios. After 16 days covering and more than 3,000 miles (4,800 km), we made it to Buenos Aires a day before the start of Lollapalooza music festival where we celebrated Karen’s birthday (here’s our 3-part series of posts about the Lollapalooza music festival in Argentina).

Our complete March 2019 road trip driving route map in Bolivia and Argentina is below:

And don’t miss the chance to see what we saw out there on the road in Bolivia and Argentina in March of 2019 in our drive-lapse video, below. It was, as always, shot by our Brinno camera which is attached to our dashboard.