Where We’ve Been: February 2017 Road Trip Driving Route in Argentina

February 2017 began in the northern Argentinean city of Salta and ended in the tiny village of Iruya, tucked deep in the Quebrada Humahuaca valley near the Bolivian border. In between we drove 1,822 miles (2,932 km), including a 554 mile (891 km) loop through a remote section of Argentina’s Puna de Atacama region which was one of the greatest driving routes of our South American road trip so far. Don’t miss our drive-lapse video at the end of the post which will let you see the same spectacular scenery that we saw through the windshield of our truck as we traveled (minus the bumps and dust).

Our truck near Laguna Grande in Argentina.

From Salta, Argentina we returned to Cafayate and the Calchaquí Valley, including a return to the spectacular Quebrada de las Flechas near Cafayate to fly the drone. Then we continued south down Argentina’s famed Ruta 40 to Tafi del Valle, stopping at the pre-Columbian archaeological site of Quilmes along the way.

Our February 2017 road trip driving route map is below.

Then we began what turned out to be the most beautiful and remote driving adventure we’ve had since we drove the Dalton Highway (Haul Road) in Alaska from Fairbanks up to the Arctic during the first few months of our Journey nearly 10 years ago. 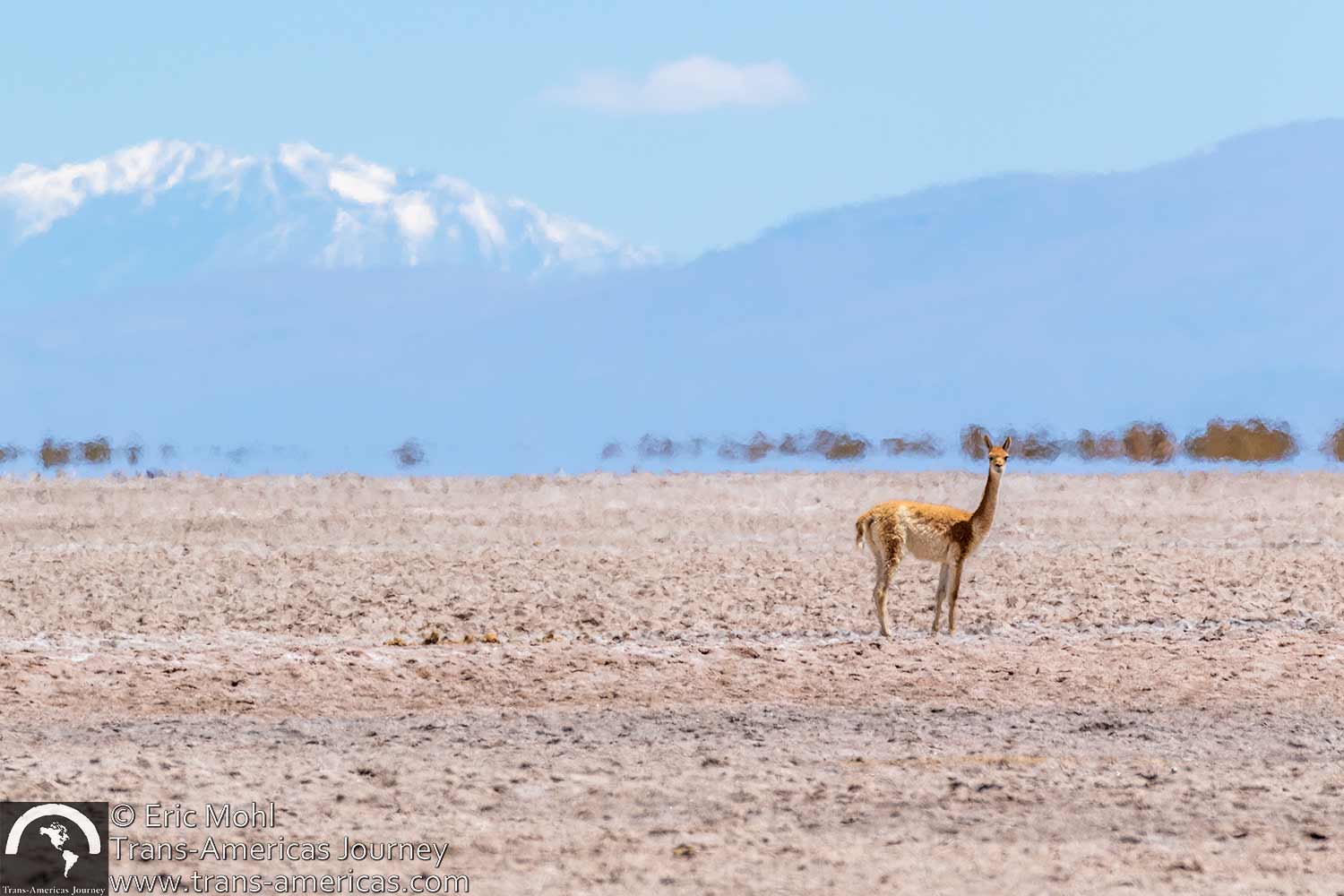 A wild vicuña in the Puna de Argentina region.

The loop we did through Argentina’s high-altitude Puna de Atacama was breathtaking both in terms of the scenery and in terms of actual breathing–the air is thin at a consistent altitude between 12,000 feet (3,657 meters) and 15,600 feet (4,754 meters). We saw very, very few humans in this remote and largely uninhabited region, but there were thousands of vicuña (one is pictured above), thousands of flamingos, and many, many volcanoes to keep us company. 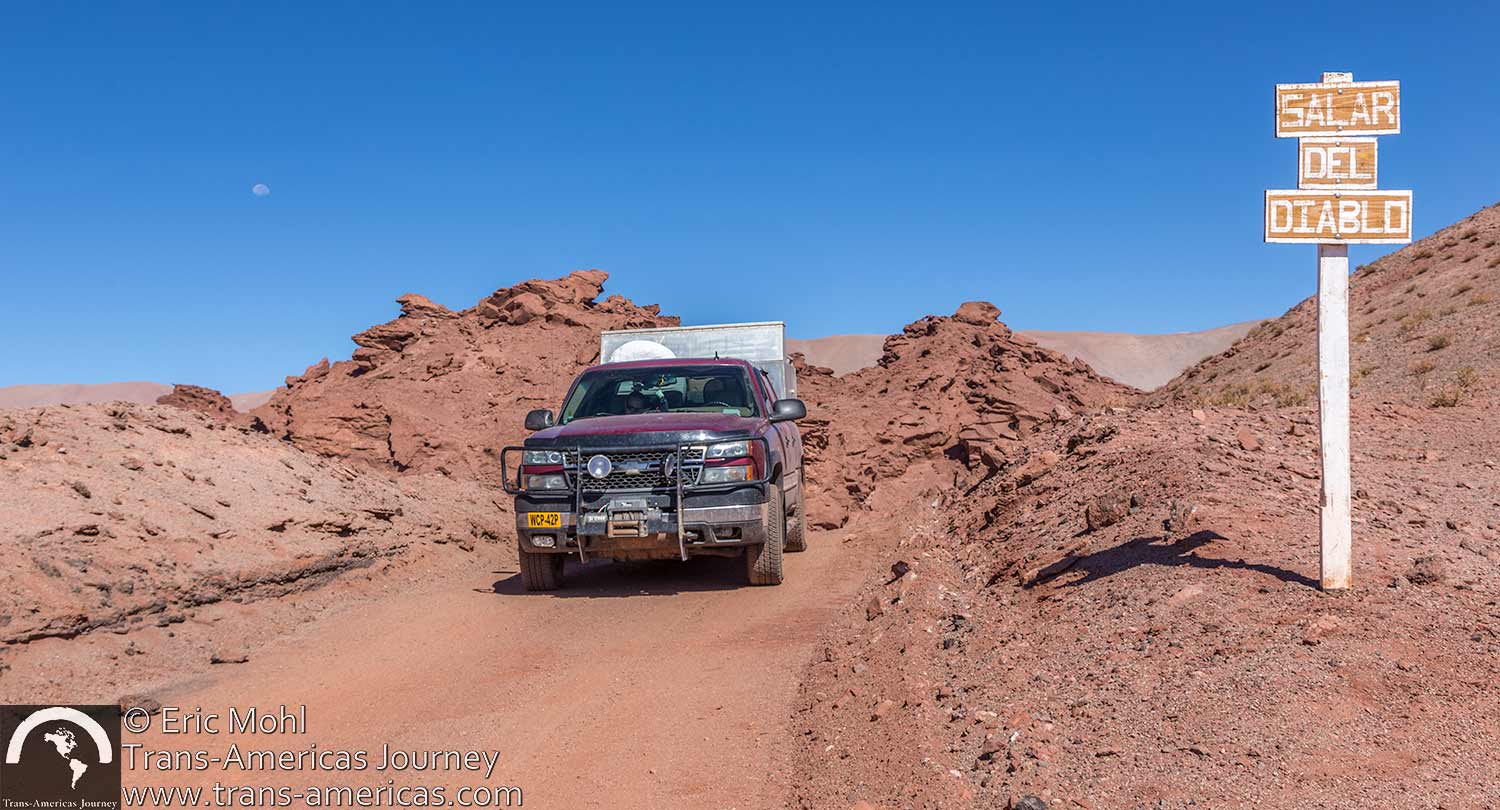 Our truck in the Salar del Diablo in Argentina.

Such beauty came at a price, however, namely hundreds of miles on rough 4×4 tracks that were, at times, a brutal combination of washboarding, ruts, and rocks. Our truck took a beating, including a large and unfixable flat courtesy of a rock we drove over while crossing one of the area’s vast salars (salt flats). 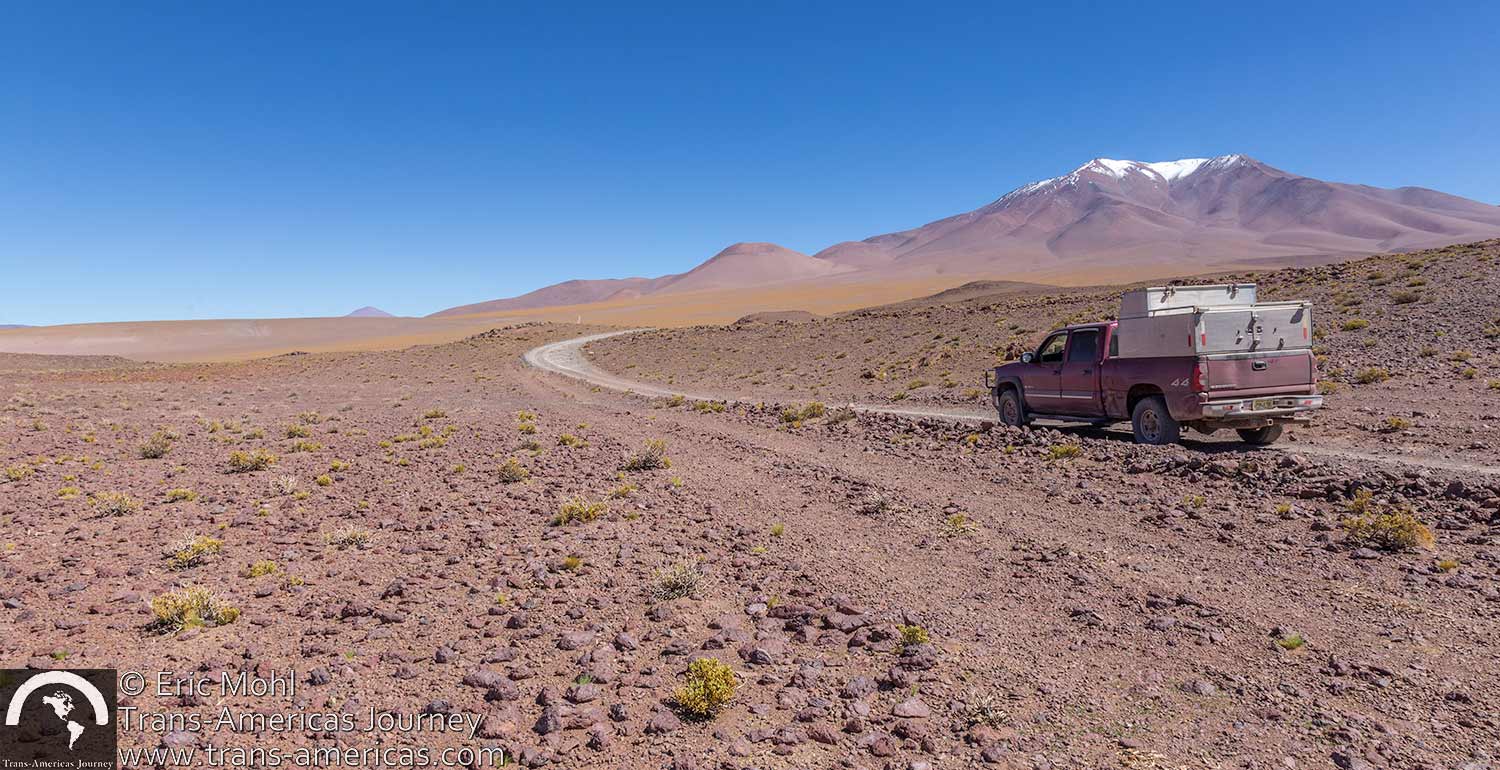 Our truck negotiating another rough track in the Puna de Argentina.

You can follow our Puna road trip driving route on the map at the top of this post–begin at the green star and head up to the red square, passing through El Peñón, Laguna Grande, the Piedra Pomez pumice fields, Antafagasto, Antafalla, Cono Arita, and Tolar Grande before ending in San Antonio de Cobres.

Our truck on the Tolar Grande in Argentina with the Cono Arita in the background.

After wrapping up our Puna adventure we returned to Salta and then headed to the very northern tip of Argentina to visit the Quebrada de Huamahuaca canyon, a UNESCO World Heritage site, where we ended the month in the tiny village of Iruya.

See what we saw out there on the road in Argentina in February 2017 through our drive-lapse video, below. It was, as always, shot by our Brinno camera which is attached to our dashboard. 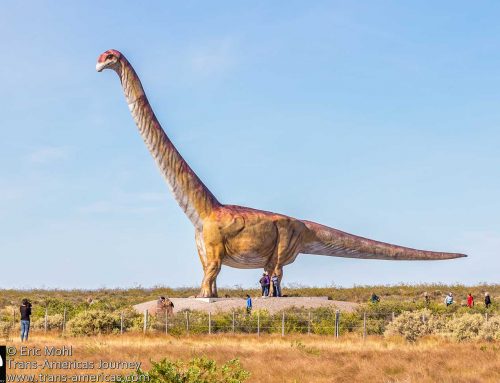 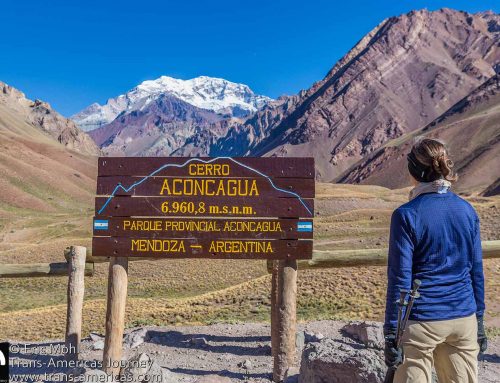