It never down-poured and the glorious Colorado sunshine always returned, but we did get enough of the wet stuff to make some quality mud pits to dance barefoot in which just added to the fun of Day 2 of the annual Blues & Brews music festival in Telluride, Colorado. Seeing Buddy Guy, Anders Osborne, Umphrey’s McGee, and much more music also helped. 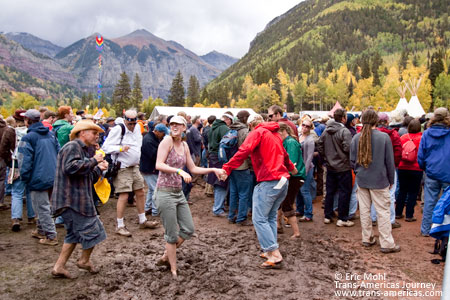 Day 2 started out sunny, but it didn’t last, much to the delight of these happy mud dancers.

Day 2 of the Blues & Brews music festival in Telluride

Day 2 was extra wet for another reason: it was the day the festival held the Grand Tasting. Sierra Nevada Brewing Co. (from Chico, CA where Karen grew up) was the festival’s anchor brewery but on Day 2 more than 50 microbrews tented up and poured their stuff for a very eager crowd. Once properly lubricated, we were treated to yet another day of kickass music. 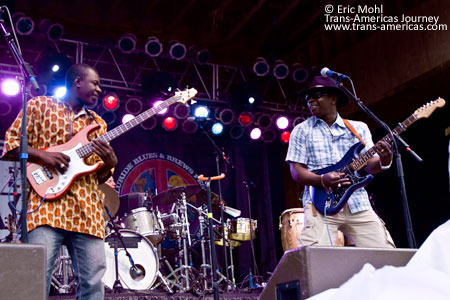 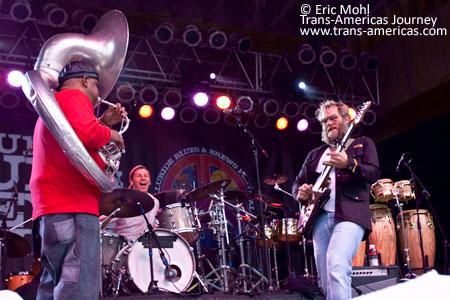 Some of our New Orleans favorites including Anders Osborne on guitar, Kirk Joseph on sousaphone and Simon Lott working the drums. 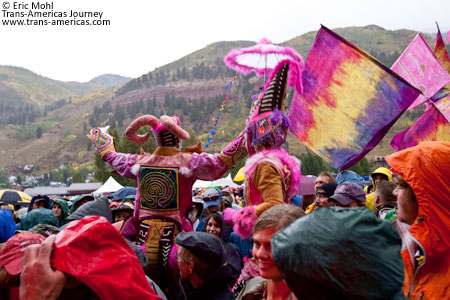 What better way to complement some New Orleans music than with a Mardi Gras style parade through the crowd during Anders’ set? 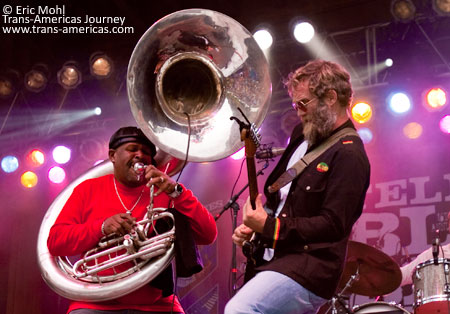 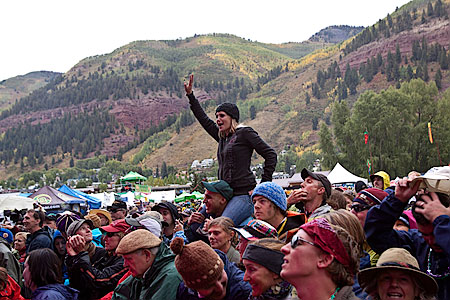 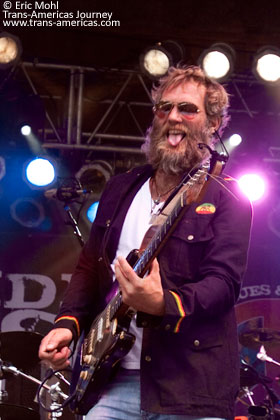 Anders having as much fun as the crowed. 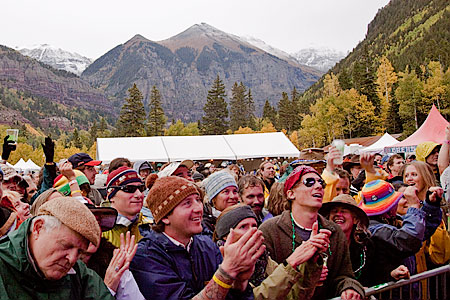 The crowd enjoying Anders Osborne, except for that guy on the left who looks like he’s asleep on the rail. 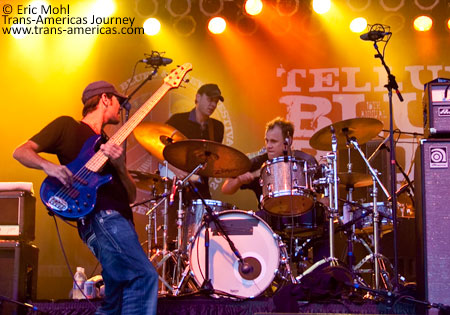 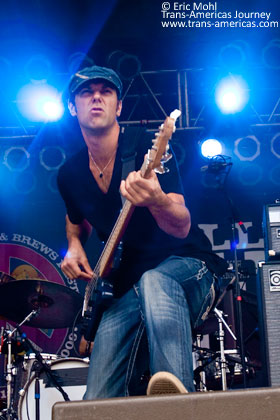 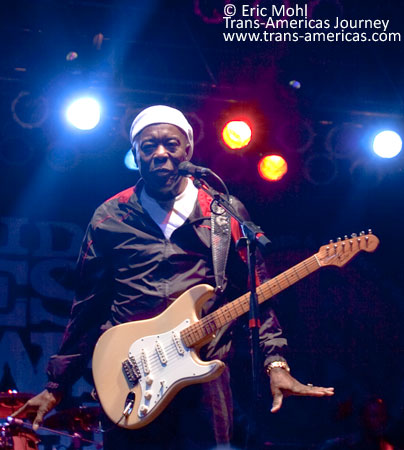 The one, the only Buddy Guy.

Do not miss our video of Buddy Guy in performance, below. 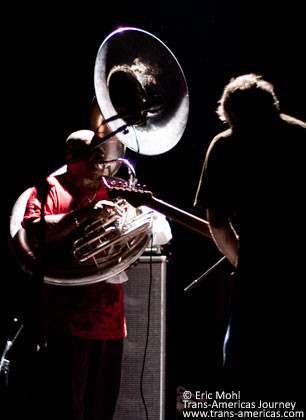 Anders Osborne and Kirk Joseph played a blistering night show (along with Simon Lott) at the historic Sheridan Opera House. 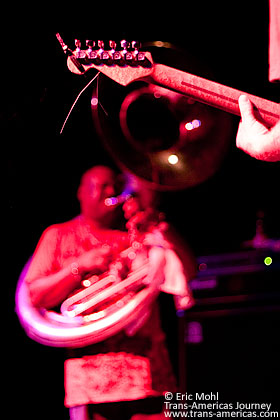