Day 3 of the Blues & Brews music festival in Telluride, Colorado got started off to a good start with a hearty breakfast at the Telluride Elk’s Lodge which has a funky long bar, a stage (where a singer/songwriter serenaded diners), and enormous stuffed elk heads all over the place. Then it was onward for more music including Bonnie Raitt, The Lee Boys, Super Chikan, and much more. 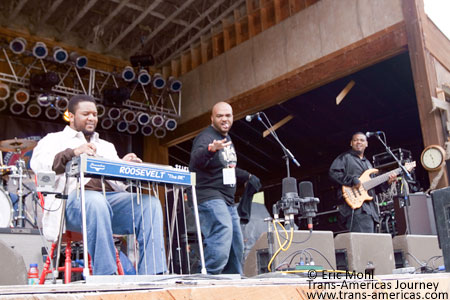 The Lee Boys kicked off Day 3 of the Blues & Brews music festival in Telluride with some slammin’ sacred steel. 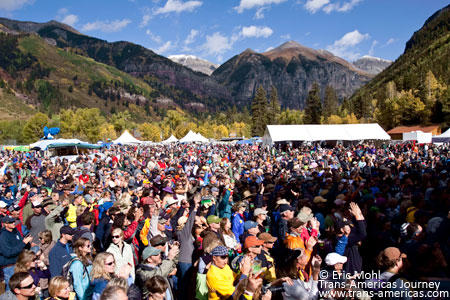 Most of Day 3 was sunny.

Day 3 of the Blues & Brews music festival in Telluride

Almost every musician at the festival made it a point to mention that Telluride is, by far, the most beautiful stage setting they’ve ever played at. Many whipped out cameras to capture the scene from the stage for themselves. Ryan from Umphrey’s McGee went one better and pulled out his Flip video camera during a break between songs.

One not so popular side effect of playing Telluride is the altitude (over 8,700 feet or 2,650 meters) which makes the air thin and the performing hard. Oxygen tanks were supplied backstage and plenty of musicians used them to get through their sets. 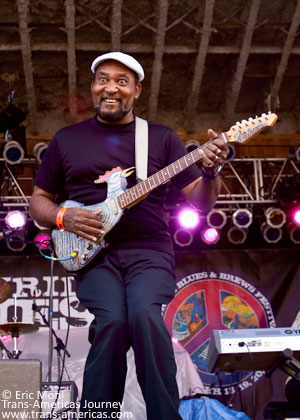 Check out our video of Super Chickan and the Fighting Cocks, below. 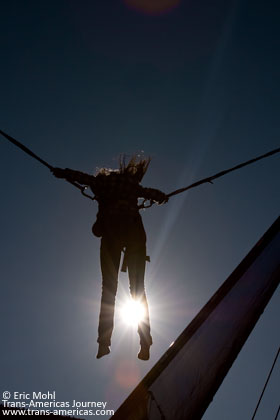 The festival had a fun kids’ area with various games and rides like the bungee jump. 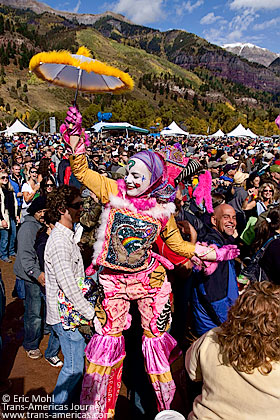 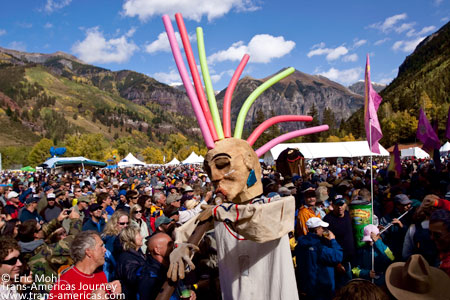 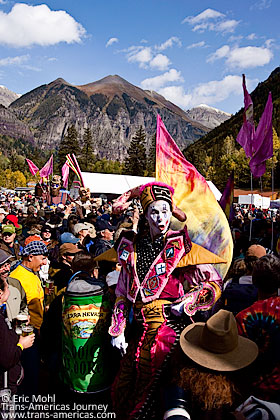 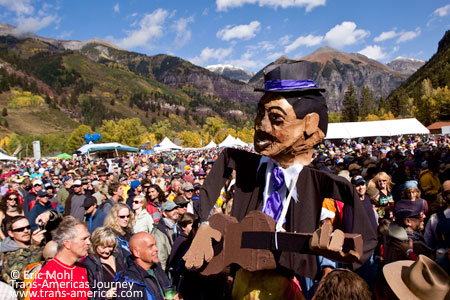 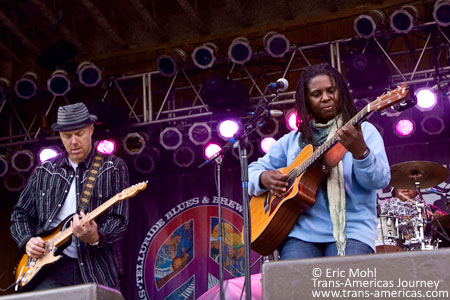 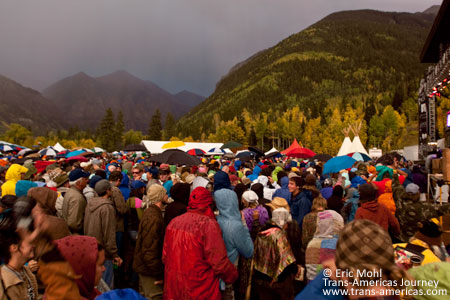 After sun for most of the day a nasty 10 minute wind and hail storm blew in just as Bonnie Raitt’s set began. 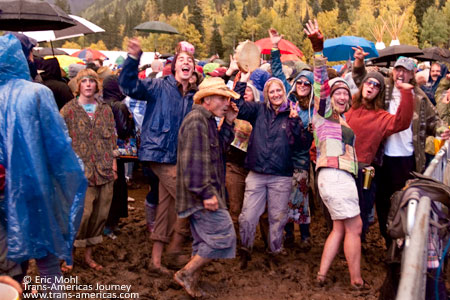 After three days of sun, rain, and hail this crew was not going to stop dancing to Bonnie Raitt and Taj Mahal (dubbed Bontaj Roulet) no matter what the weather threw at them. 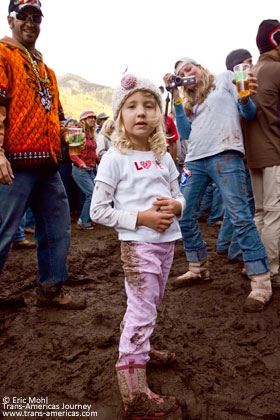 A festival pro in the making.