It was only October 1, but in Eldora, Colorado, at nearly 9,000 feet (3,000 meters) in the Rocky Mountains directly below the Continental Divide, winter can and will come early. But that doesn’t have to get in the way of the fun. 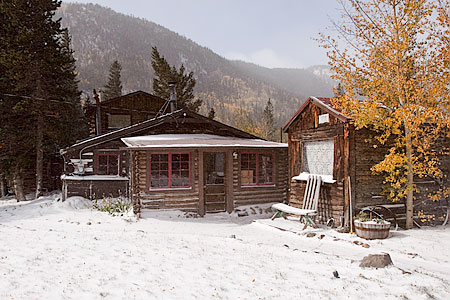 October 1st arrived with a snowy and windy morning in Eldora,  At least we have our friend Marca’s wonderful Valhalla cabin to stay warm in.

Winter comes early in Eldora (but that doesn’t stop us)

During a week of Rocky Mountain Bliss at our friend Marca’s Valhalla cabin in Eldora, Colorado we enjoyed extreme golf cart off-roading (those things are tougher than they look), speed hiking through three different seasons in a single afternoon, hot tub soaking, 50 mph wind (okay, we didn’t enjoy that so much), an old musical favorite (Galactic played live at the Fox theater in Boulder where we were charged a TicketBastard style surcharge even though we bought our tickets at the venue’s box office), and a brand new musical discovery.

Marca’s friend Stephanie tipped us off to a now-defunct business called the Caribou Ranch recording studio in the nearby  ghost town of Caribou. Before a fire ruined the studio in 1985, Caribou Ranch enjoyed more than a decade of star studded years. A short list of the dozens of diverse mega artists who recorded mega albums there includes Joe Walsh, Sheena Easton, Chicago, Jerry Lee Lewis, Frank Zappa, Rod Stewart and Supetramp. Oh, and John Lennon, Michael Jackson, Elton John and Stevie Wonder who drove a car around the ranch between recording sessions.

It’s estimated that music produced and recorded at the ranch sold more than 100 million copies combined. Whether these are your favorite artists or not, you’ve heard the work they did in dinky, tiny, inspiring Caribou. 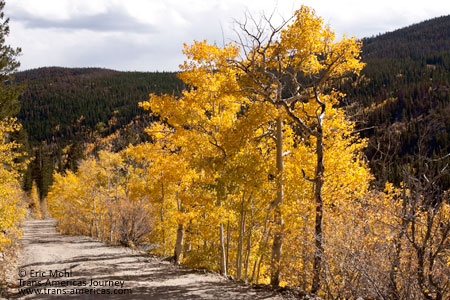 Aspens in peak color before winter descends in Colorado.

A hike before hunkering down

On a warm and sunny day we took advantage of the weather, and the knowledge that a big winter storm was coming, to hike up to Diamond Lake, a glorious alpine lake beneath the Continental Divide in the Indian Peaks Wilderness Area at an elevation of 11,000 feet (3,300 meters). 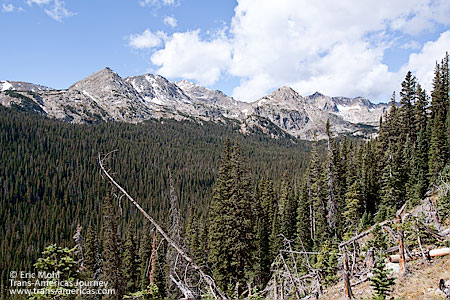 A view of the Continental Divide and Arapahoe Pass during our hike up to Diamond Lake. 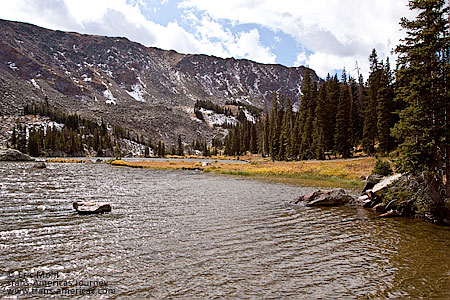 Diamond Lake is a beautiful alpine lake at nearly 11,000 feet / 3,300 meters just beneath the Continental Divide.