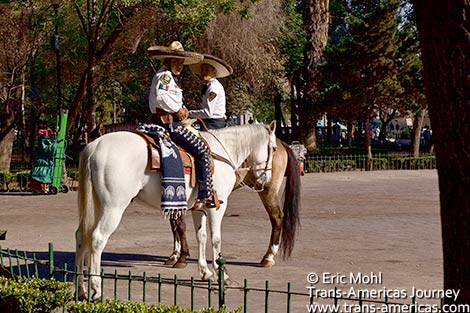 Mariachi cops patrol the Plaza Alameda near the centro historico in Mexico City.

Reasons to love the Centro Historico in Mexico City 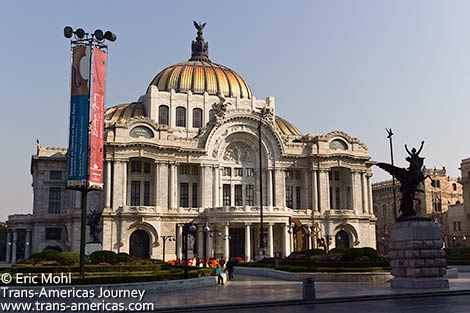 The gloriously Art Nouveau and Art Deco Palacio de Bellas Artes is home to wonderful live performances and some of the most iconic murals in Mexico. 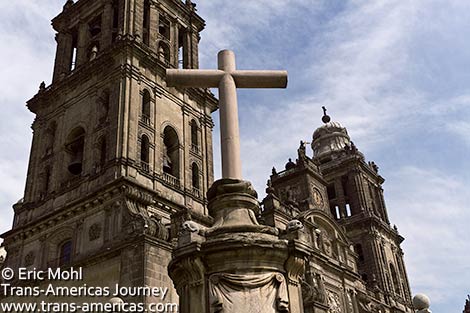 Mexico City’s Catedral Metropolitana is the largest and oldest cathedral in The Americas. 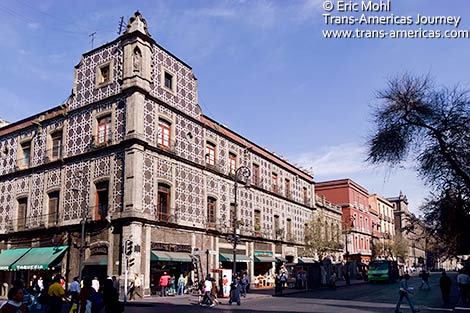 Grand tiled buildings dot the streets of central Mexico City’s Centro Historico. This one happens to house a terrific BBQ chicken joint on the ground level and is on the same block as our beloved breakfast spot, Cafe Popular. 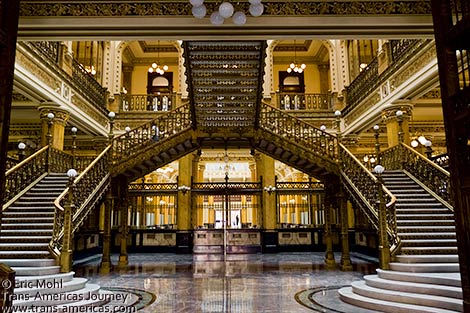 Welcome to Mexico City’s central post office. The opulent architecture of what’s fittingly called Palacio Postal almost makes paying nearly US$1 for a postcard stamp from Mexico to the US worth it… 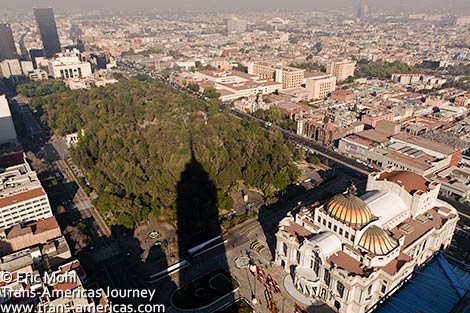 The Palacio de Bellas Artes and Plaza Alameda as seen from the observation deck of the Torre Latinoamericana. 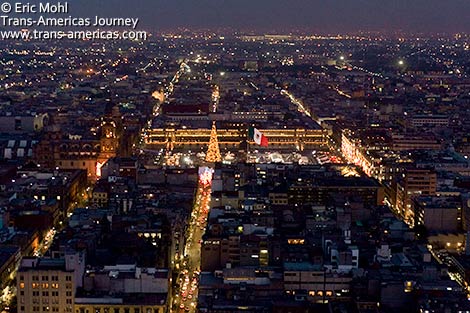 The bright lights of Mexico City as seen from the observation deck of the Torre Latinoamericana. 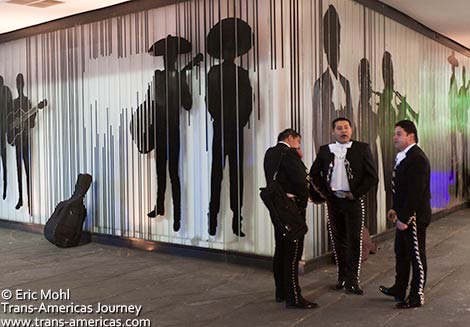 Mariachi’s outside the Tequila Museum in Plaza Garibaldi in Mexico City. 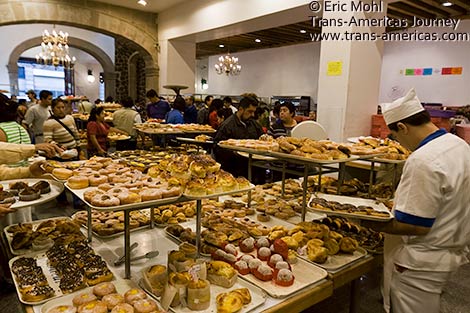 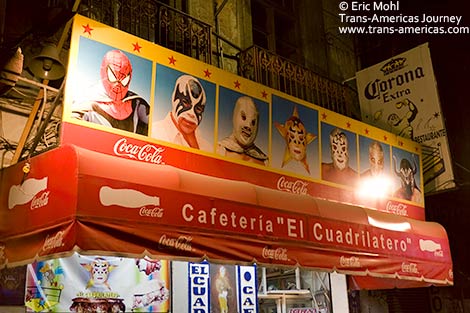 Cafeteria El Cuadrilatero is owned by famous lucha libre star Super Astro. The wall of costumes from other famous wrestlers is interesting and we appreciated the challenge of The Gladiator: eat this massive sandwich in 15 minutes or less and it’s free. 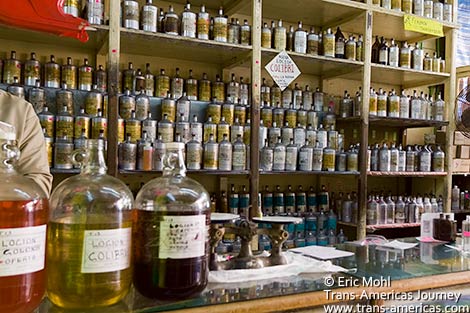 We have no idea why, but Mexico City’s centro historico is peppered with perfumeries ready, willing, and able to craft a custom perfume or copy your favorite at a fraction of the price. 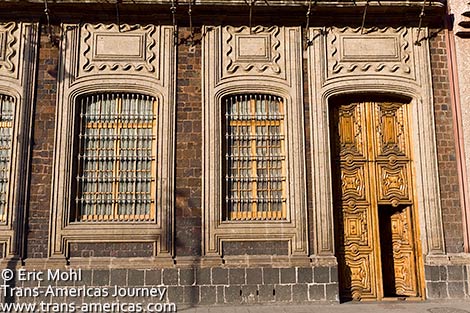 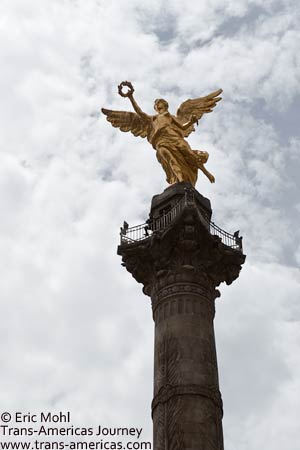 The Angel of Independence is the official symbol of Mexico City.

The Angel of Independence is not technically in the centro historico (it’s on Avenida La Reforma), but it is the official symbol of Mexico City. Get here early enough on a weekend morning and you can score a pass that lets you (and a strictly limited number of others) climb into the statue’s pedestal up to a small observation deck.