Day 70 of our Journey

At the Pine Ridge Indian Reservation and the site of the Wounded Knee massacre we got an unforgetable dose of reservation realit–both demoralizing and hopeful. 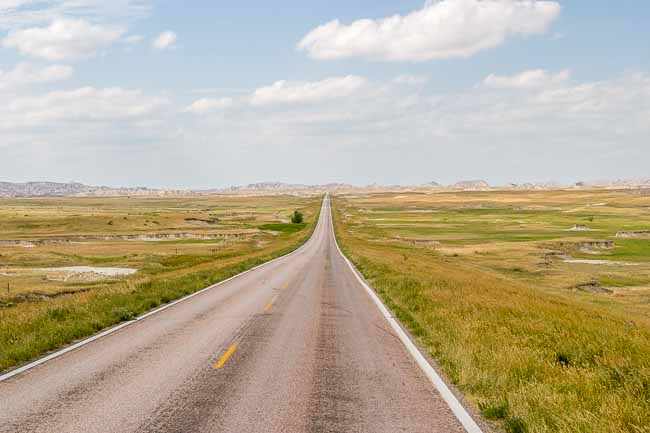 Because alcohol has proven to be such a problem among many Native American communities and more and more reservations are choosing to be dry, meaning no alcohol can be sold on the reservation. But they can’t control what happens outside their reservation or town borders, which has led to the proliferation of places like White Clay, Nebraska, where Native Americans living on nearby dry reservations can get alcohol. 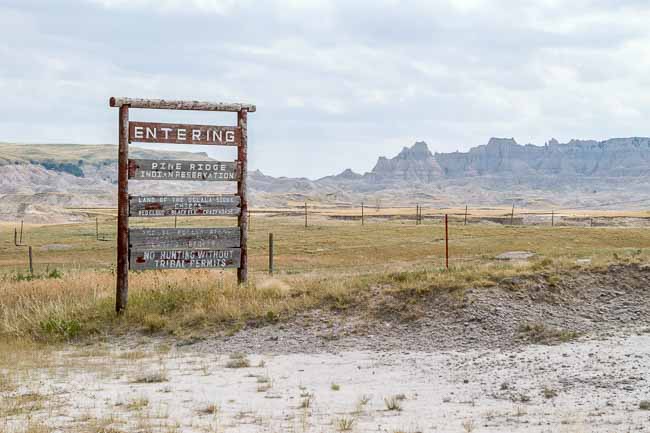 Native Americans living on the Pine Ridge Reservation face some of the toughest challenges.

We drove through White Clay, which rubs shoulders with the Pine Ridge Indian Reservation in South Dakota whose Lakota Indian residents have chosen to make their reservation dry and alcohol free. It was early afternoon and we found the dusty, one-street town of White Clay awash not just in alcohol but in some of its ugliest side effects as well. Native Americans of every age and both sexes were passed out on porches, lurching across the street, and draped over car hoods. 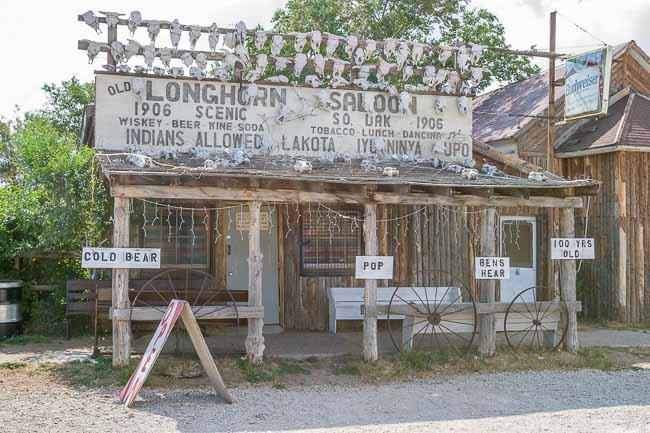 A ramshackle saloon in South Dakota.

The ones who weren’t already drunk were working on it, loading up their falling-down cars with cases of beer from a corrugated metal building that seemed to be the only thing in White Pine that was still open for business. The liquor store.

A sign on a long-shuttered building read “Tribal Offenders.” Another pleaded “Pick Up After Yourself.” Luckily White Pine is only a few blocks long and we were soon leaving, just as a police car passed us slowly cruising in the opposite direction into town to do what, we can’t imagine.

Despite the fact that Pine Ridge is ranked at or near the bottom of the list in terms of literacy, life expectancy (shorter than Bangladesh), and many other barometers we use to gauge the general success of US communities, we did see signs of hope in Pine Ridge includin a new hospital and the nicest looking Boys & Girls Club we’ve ever seen. Yes, there were still a lot of junked cars in front of nearly junked trailers, but glimmers of a future that included pride and self-respect were there as well. 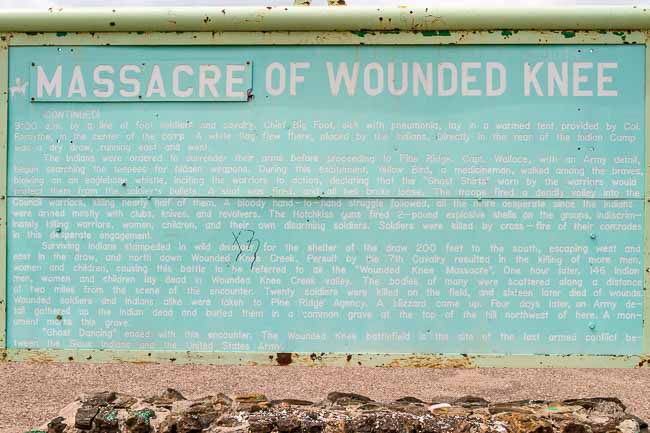 On December 29, 1890, 146 Indian men, women, and children who had surrendered to the 7th Calvary were killed at Wounded Knee.

In some ways it’s a wonder that Pine Ridge and the Lakota who live there still exist at all. It’s the site of the infamous Wounded Knee Massacre and later the site of a full-on stand-off between some local Native Americans and the FBI. You could be forgiven for thinking the place is doomed to fail.

The struggle to defy history and the statistics and ultimately reach a prideful future became evident to us in the space of an hour. After reading the Wounded Knee Massacre memorial plaque that’s been erected in a dusty turn out on the side of the road, we walked over to talk to a local woman who had set up a table selling traditional items made and sold by members of the Lakota tribe on the Pine Ridge Reservation. She was gregarious, knowledgeable, proud, patient, intelligent, and charming and we bought a bracelet woven out of dyed porcupine quills by a descendant of Chief Red Cloud. 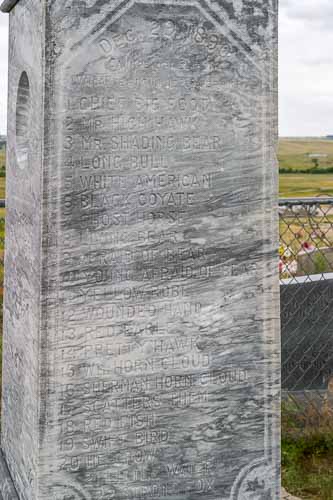 A memorial to Chief Big Foot and other victims of the Massacre of Wounded Knee.

Then we walked to the other side of the turn out to give equal time and attention to a Lakota man selling his own selection of locally made wares. He asked us what we wanted to know and we asked him to tell us how things are on the reservation and what he sees as the Lakota’s biggest challenges, but he just stared at us and repeated his original demand: What did we want him to tell us? We repeated our questions, and we talked in this circle three or four more times before another traveler walked over and we took the chance to escape.

A few minutes later a car pulled up and a young Native American man got out and the woman we’d bought the bracelet from began heatedly demanding that he leave. “I don’t need your trouble!” she shoued. Then a cop car pulled up and we pulled out, feeling marginally more hopeful for the Lakota than not. It’s a small, but crucial margin–for us and for them.