Day 71 of our Journey

Whether you think General Custer deserves to have a park named after him or whether Crazy Horse merits a memorial, both represent moments in US history and both are major stops in South Dakota. 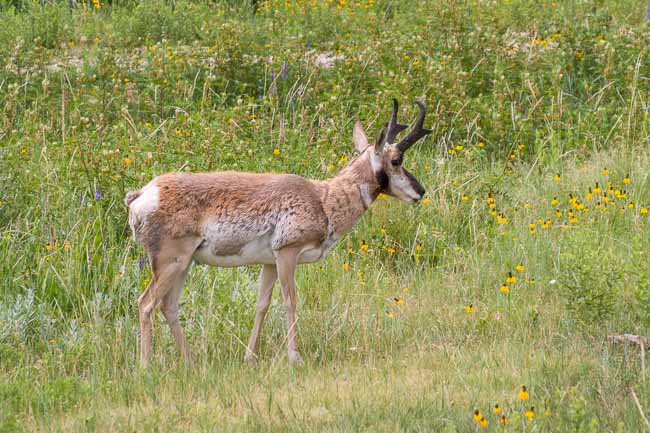 The Needles Highway and Iron Mountain Road cut through Custer State Park in South Dakota’s Black Hills and they are great drives, just be prepared to go slow for three very good reasons. 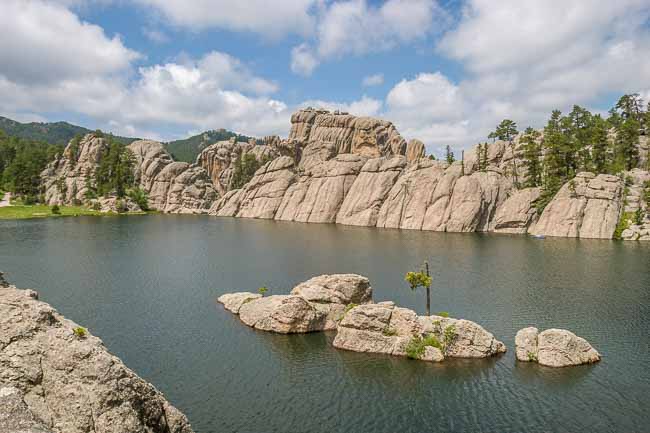 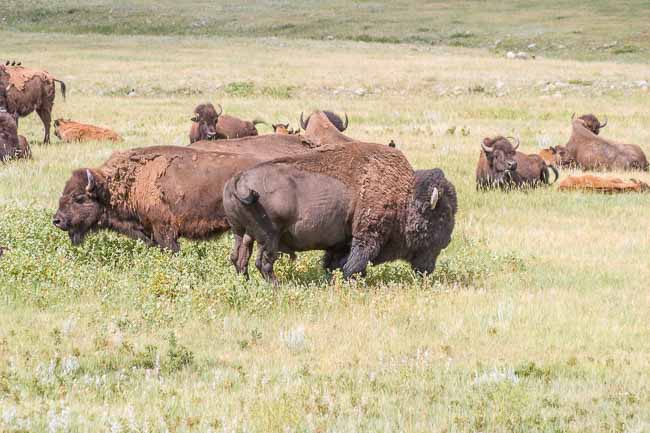 The first reason is the wildlife. We entered the park in the early morning and we were almost immediately greeted by a pair of North American pronghorn. Then we spotted a huge lone bison strolling through a wooded area. It was very strange to see a bison in the forest after seeing so many in the plains of Badlands National Park and even stranger that a park named for General Custer should now be a haven for the beasts he helped bring to the brink of extinction. The bison is even the official symbol used by the park. 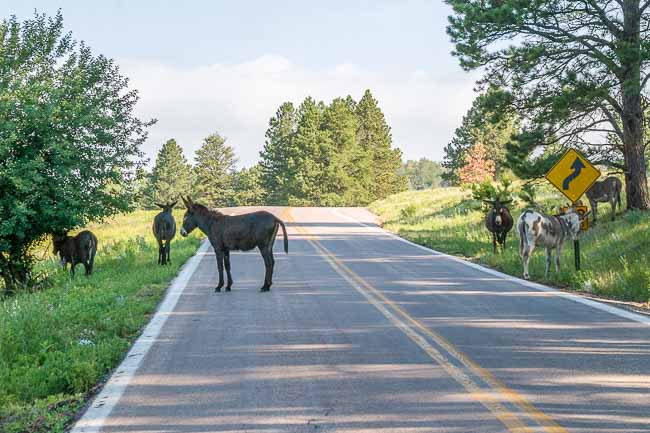 After watching the bison amble off, we drove a few more miles before we were brought to a complete halt by the park’s unofficial mascots, the begging burros. These are donkeys gone wild and they now live completely undomesticated within the park where they rely on their adorable oversized ears and our fond childhood memories of Eyeore to ensure a steady stream of handouts from motorists. To make sure said handouts get handed out, these precocious pack animals have learned to loiter on the road forcing vehicles to stop.

Their job is made easier by the fact that a convenience store located in the park actually sells bags of day old bread labeled “burro food.” Please don’t buy any. 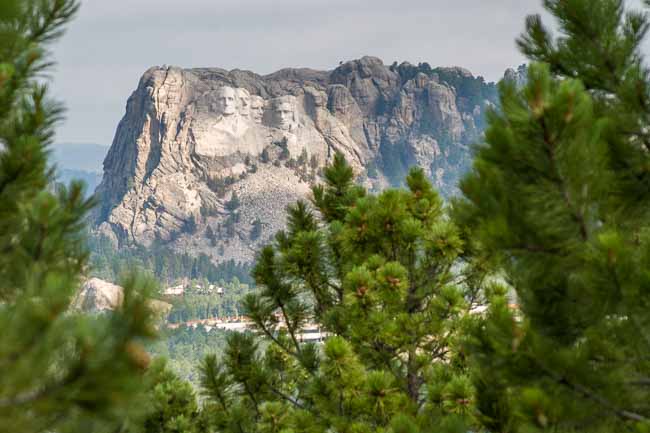 The second and third reasons you will be traveling slowly through Custer State Park are the Iron Mountain Road and Needles Highway. The Iron Mountain Road, also known as Highway 16A, is a spectacular mountain road connecting Mount Rushmore and Custer State Park. It’s also so windy that it doesn’t just have switchbacks, it also has these engineering marvels called “pigtails” that tightly deliver traffic back to more than 360 degrees from where it started. In one 17 miles (27 km) stretch there are 314 curves, 14 switchbacks, 3 pigtails, and 3 tunnels. 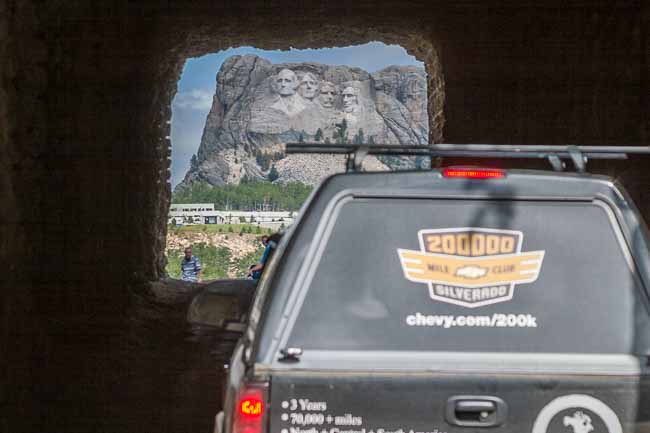 Our Silverado negotiates the entrance to one of the narrow tunnels along Iron Mountain Road with a perfectly framed view of Mount Rushmore in the distance.

One of the highlights of this drive are the views back to Mount Rushmore including several tunnels that frame a breathtaking view of the monument in the distance. 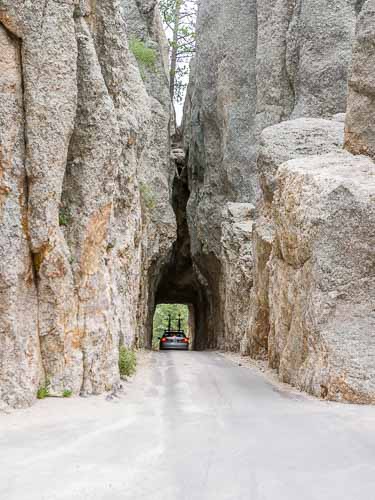 Then there’s the Needles Highway, though bike path may be a more appropriate name. This road is narrow. How narrow? The Needles Eye Tunnel is only 8 feet 4″ wide. There’s also the Iron Creek tunnel which is 9 feet (2.7 meters) wide and the Hood Tunnel which is a generous 10.5 feet (3.2 meters) wide. These three single-lane tunnels were hacked and blasted out of solid rock along the route and require cautious speeds because they are so narrow, though our Silverado made it through without the need to retract the side view mirrors. 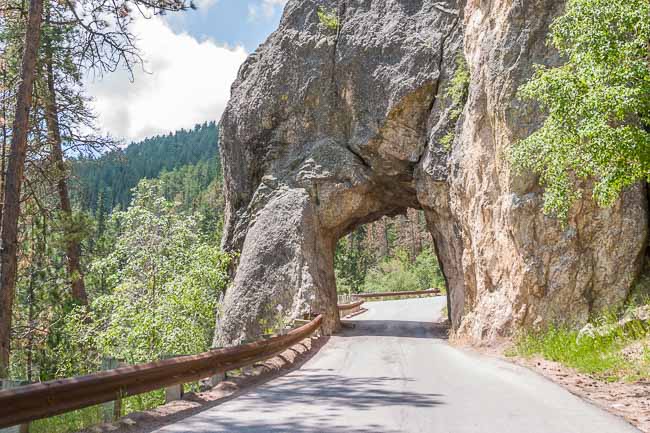 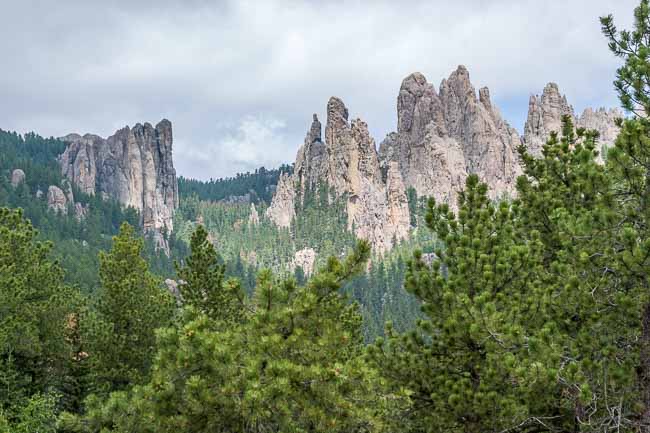 The Needles seen from the aptly named Needles Highway in Custer State Park.

Custer State Park, while beautiful, ultimately felt a bit like Lion Country Safari, only with North American Animals. Especially after we saw three huge bison herds right from the truck as we drove along the park’s Wildlife Loop. The bison were so common on the road that Custer State Park Rangers warned motorcyclists to be cautious since the animals sometimes mistake the sound of their engines for the low rumble of a rival bison. 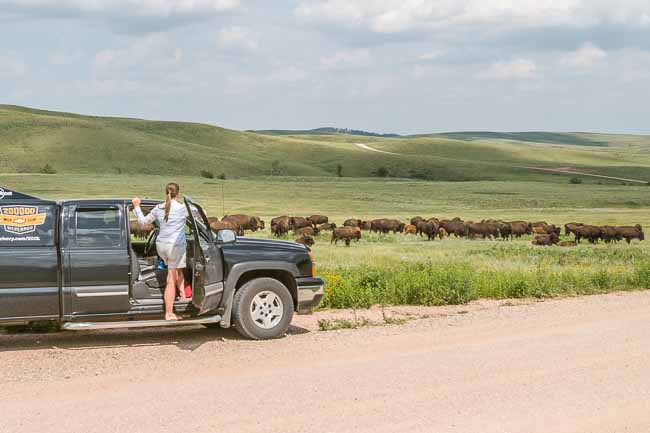 One of three buffalo herds we saw on the Wildlife Loop in Custer State Park.

From a park named after General Custer, we headed to a nearby ode to his nemesis at the Crazy Horse Memorial. The story of how this place came to be is fascinating and unlikely and much too complicated to get into here. 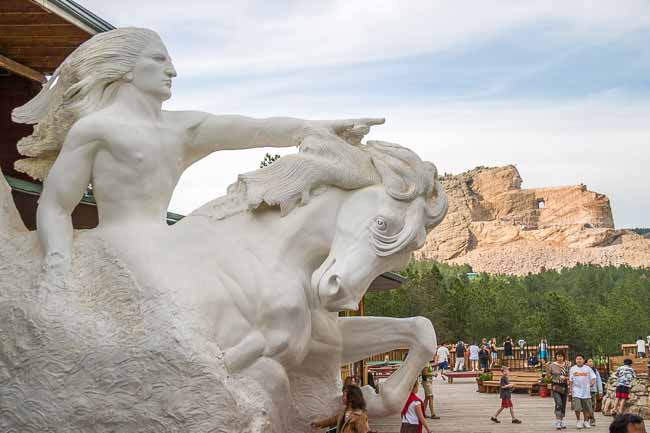 The Crazy Horse Memorial, a worthy work in progress.

In the end, all you really need to know is that the Crazy Horse Memorial is the most dignified representation of Native Americans that we’ve seen on the trip to date, even though it is far, far from being completed. When it is ultimately finished (and after you visit you actually believe it will be done one day), the place will be awesome in the true sense of the word.