Watch Out for the Water Moccasin – Barataria Preserve, Louisiana

Day 25 of our Journey

The Barataria Preserve within the Jean Lafitte National Historic Park and Preserve is less than an hour’s drive outside of New Orleans, Louisiana but it might as well be a world away. 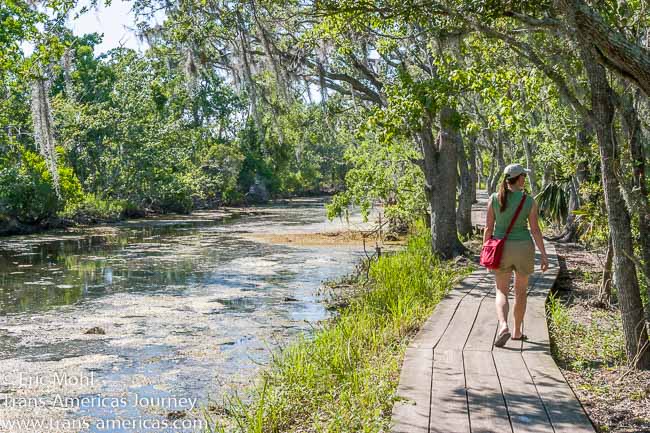 Karen on a boardwalk trail through the swampland of the Barataria Preserve in Louisiana.

Once we left the city behind we spent a few hours wandering through the swampland along the preserve’s extremely well-kept walkway (part boardwalk, part asphalt, you can do it in sandals). Almost immediately we saw something that looked like a cross between a raccoon and a fox scurry through the shallow water and undergrowth. 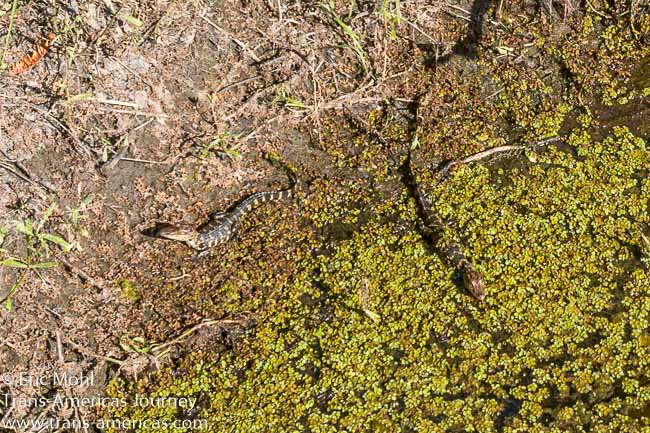 Baby alligators in the Baritaria Preserve in Louisiana.

A bit further along we saw why the bulletin board in the visitor’s center said: “Watch for alligators in the canal!” Right below us was a baby gator in the water in a pool of sunlight. It suddenly seemed to sense us watching it, or maybe the greedy nutria noisily gnawing away on a tree on the other shore disturbed it. Whatever. The little bugger disappeared.

Then we began to hear the cutest little chirps and splashes as three of the small fry gators started whipping their tails madly as they swam toward each other for some sort of pow wow. 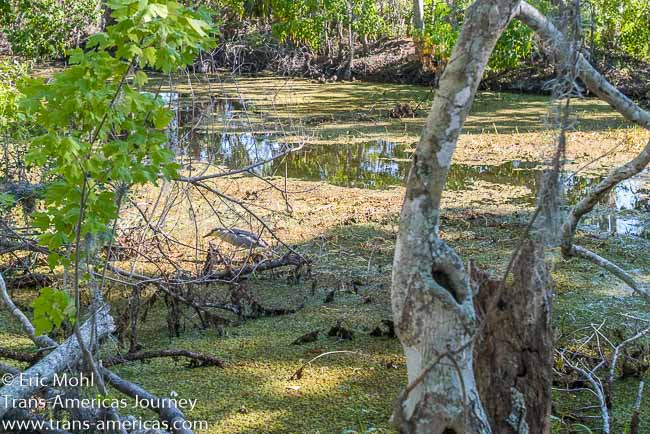 A heron on the hunt.

With more trail spooling out ahead of use we carried on and soon stumbled upon a heron standing motionless in the shallows along the bank eyeing the water for any movement that might mean dinner. When we passed by him again on our way out more than 30 minutes later he had not moved a muscle. 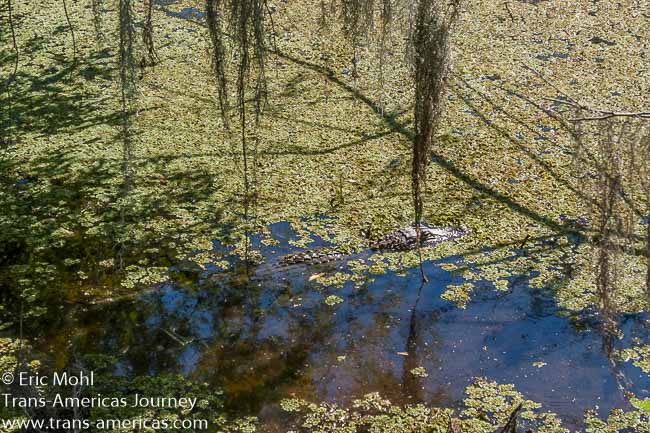 A four foot alligator meandering through the swamp, just feet from the trail.

Then we spotted prize quarry: a 4 foot (1.2 meter) long gator swishing his/her (who can tell the difference?) way down the canal. It was moving so slowly and peacefully that, for just a minute, we forgot about that jogger in Florida who had just been found in pieces in a gator’s tummy. 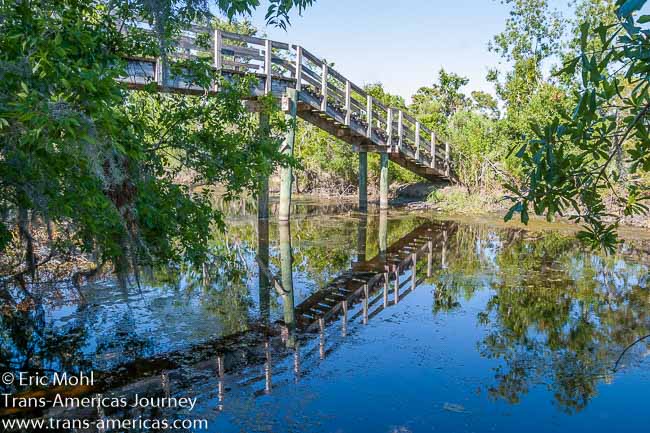 This bridge is an excellent vantage point for spotting alligators.

It was getting close to closing time and a ranger passed us doing his nightly sweep. On the bridge at the end of the trail he noted how clear the evening is and pointed out a building straight down the canal in the distance. It was the Shell headquarters in downtown New Orleans, 8 miles (12 km) away as the crow flies. It felt good to know you don’t have to travel that far to be in a different world.

As we headed back out to our truck a group of guys passed us on their way in. “Watch out for the water moccasins on the left,” one warned over his shoulder. As we proceeded, eyes glued to the ground, we wondered if he means HIS left our OUR left. Then we wondered what the heck a water moccasin (one of the deadliest snakes ever invented) looks like. 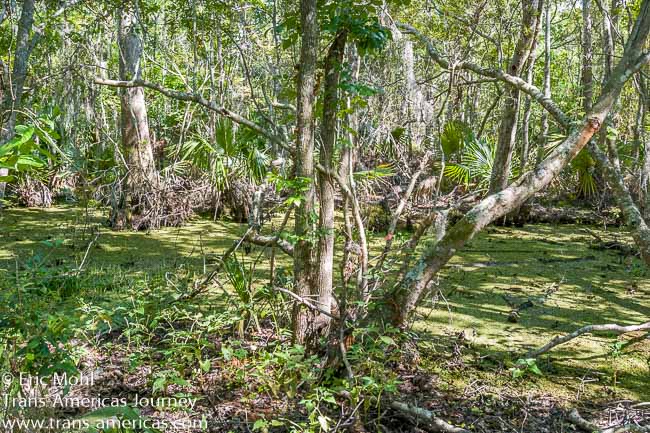 That night, famished from our gator sightings and brush with certain water moccasin death, we ate the usual (fried fish and/or fried oysters) at Boutte’s Seafood. Our 60-something waitress was wearing pink fluffy slippers. Delicious.