Wouldn’t You Like To Be a “Yupper” Too? – Upper Peninsula, Michigan

Day 55 of the Journey

There is no place in Michigan like the Upper Peninsula (UP). Heck, there’s no place in the US like the UP. People eat something called a pasty, call themselves “Yupers”, and generally do things a little bit differently. 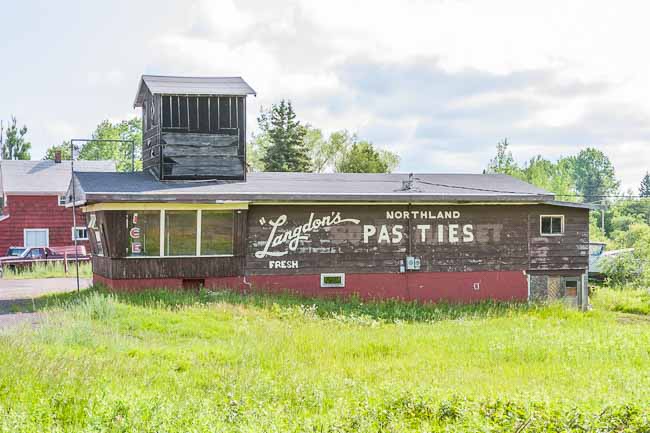 One of an endless parade of shops selling the Upper Peninsula’s claim to culinary fame, the pasty.

We were hungry wen we arrived in the UP. Luckily, there’s a local delicacy. It’s called a pasty and it should be noted that the name rhymes with nasty, not tasty. We stumbled into ne of the many a pasty shops in Mackinac City and a very personable woman dished us up a hot traditional pasty which was filled with something approximating beef meatloaf laced with rutabaga and potato. It was passable after copious quantities of hot sauce.

We do appreciate that the pasty was the cheap, portable lunch that sustained the thousands of Cornish miners who worked in the area’s now-defunct mines and helped create the economy of the UP which was once one of the richest areas in the world. But it’s still not our first choice in food. 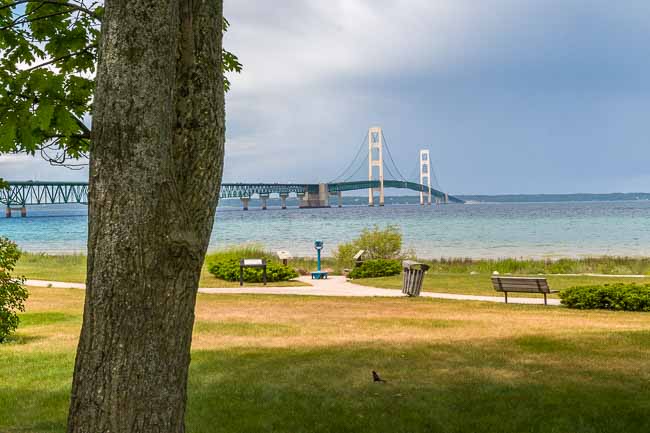 Cross over the Mackinac Bridge heading north and you’re on your way to Michigan’s Upper Peninsula.

Within moments of entering the pamphlet-stuffed office, Mike supplied us with three pieces of information that changed everything: Skip Sault Ste. Marie (we don’t need anymore pictures of a canal anyway) and head South on Route 2 along Lake Superior instead, DO NOT miss Shute’s Bar in Calumet (more on that later) and, since he could not come along to personally guide us on our way, he gave us a copy of the Hunts’ Guide to Michigan’s Upper Peninsula. Mike, we thank you. 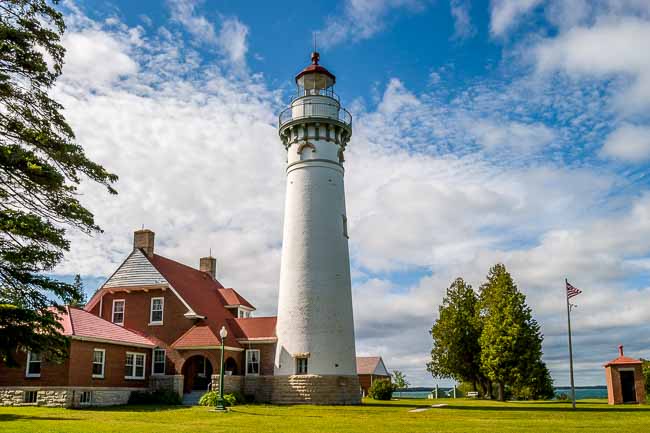 The Seul Choix Point Lighthouse in Gulliver, Michigan on the shore of Lake Michigan.

Confident we were on the right path, we took Route 2 to the heart of the UP, where locals call themselves “Yuppers” (pronounced YOUpers). Slowly, the whole feeling of the state changed until it resembled Alaska or Canada. Wild. Laid back. A sign as we pulled onto Route 2 urged us to drive safely and touted something called Operation SABRE, which, apparently, was cheaper to implement than hiring actual traffic cops. The extremely rare times we did see a highway patrol vehicle in the UP, it was of the classic cherry-top variety–like a well-kept prop from some 1950s good guys vs. bad guys movie. 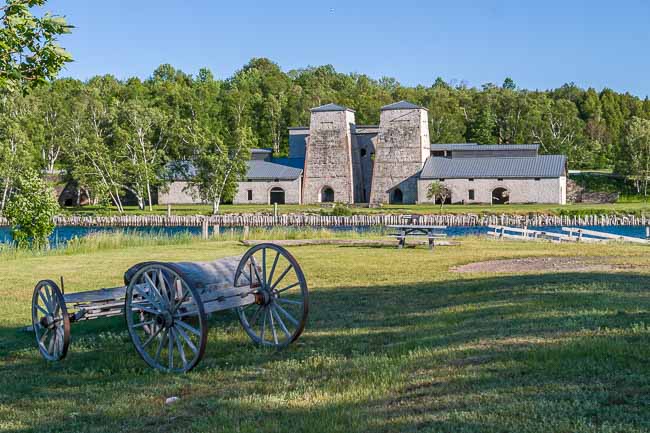 Some of the restored buildings at the surprisingly compelling Fayette Historic State Park where the once-prosperous smelting town has been preserved.

Within 20 minutes we were cruising along Lake Michigan. Then the dunes gave way to forest before we climbed up above the lakeshore itself and crossed an elevated section that looked and felt like some of the most scenic stretches of California’s coastal Highway 1. It was beautiful and relaxing and we noted that everyone seemed to be driving remarkably safely. 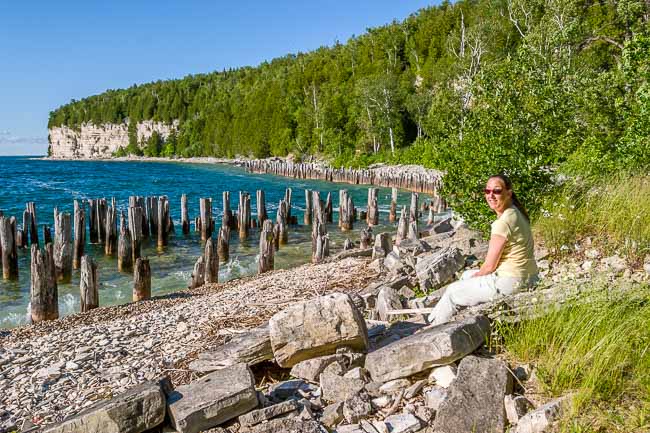 Karen soaking up the sun in front of an abandoned dock at the surprisingly compelling Fayette Historic State Park where the once-prosperous smelting town has been preserved.

We somehow managed to resist the temptations of more than a dozen roadside pasty shops and the “World Famous” Mystery Spot which promises that “even a blind person would be amazed!”. We took their word for it and kept moving.

Our route only got more bucolic as we headed toward Fayette, an abandoned iron smelting town. Now, we know what you’re thinking: smelting and abandoned in the same sentence? No thanks. But this town, now a restored and open to the public as the Fayette Historic State Park, happens to have been built around a beautiful cove and at sunset the place is gorgeous. 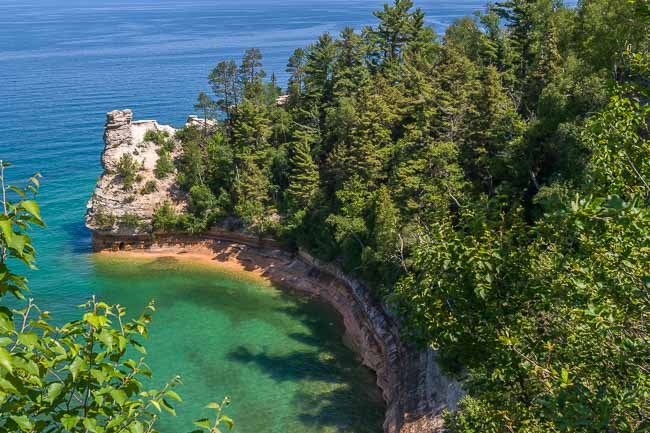