Parades and celebrations fill the streets of Saraguro, Ecuador in the week leading up to its Independence Day on March 10. It’s a great time to visit this Andean town that’s just one and a half hours north of Loja and just 90 miles (140 km) from the city of Cuenca. By pure travel luck, we found ourselves in Saraguro in the midst of their Independence Day festival where the area’s living indigenous culture was proudly on display. Here’s what the celebrations looked like (plus a must-visit restaurant right on the main plaza). 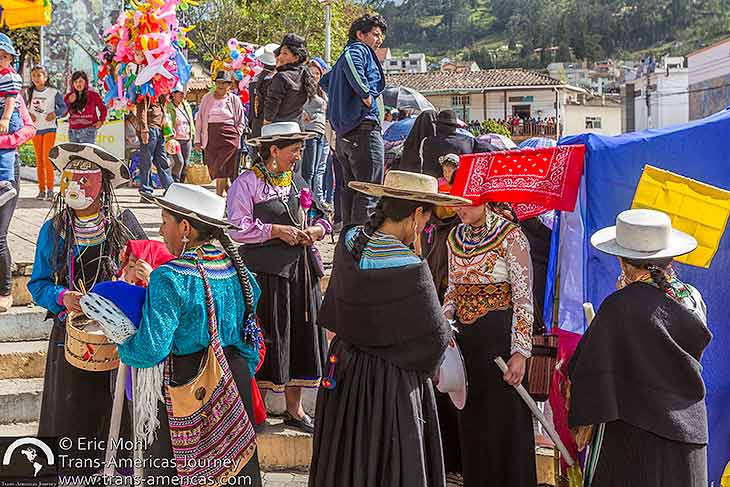 Most Andean festivals involve a lot of color, but in Saraguro colorful blouses and bright beaded collar pieces are almost always worn with somber black skirts and shawls. 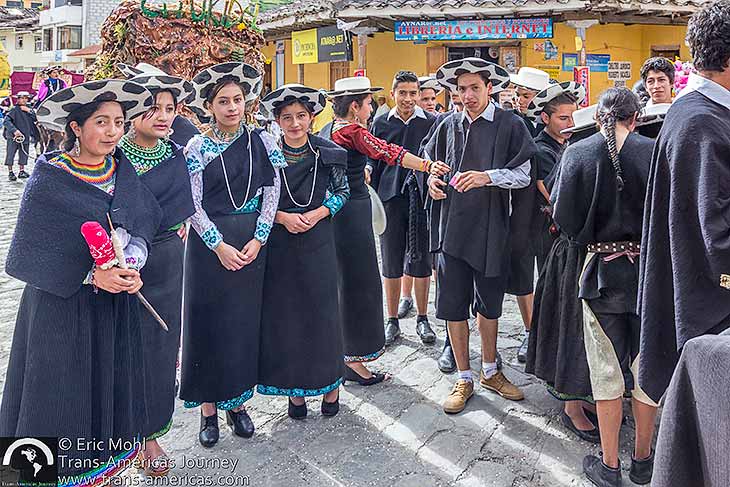 These traditional hats are handcrafted from heavy, felted wool which is waterproofed and decorated with black markings. 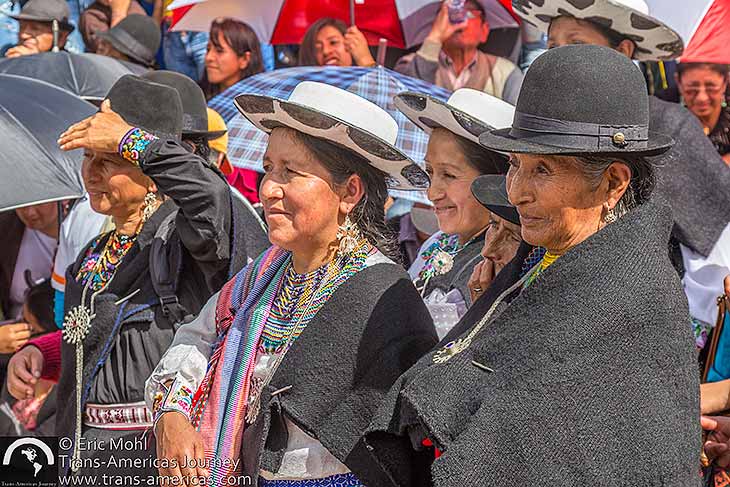 These ladies have witnessed quite a few festivals in their tme. 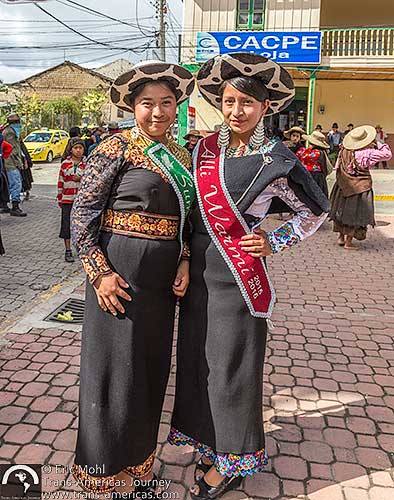 It’s not a festival until you put a sash on a few festival queens. 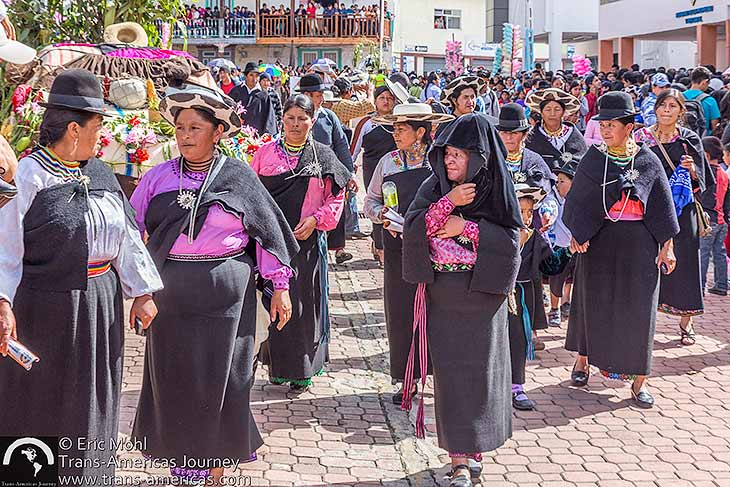 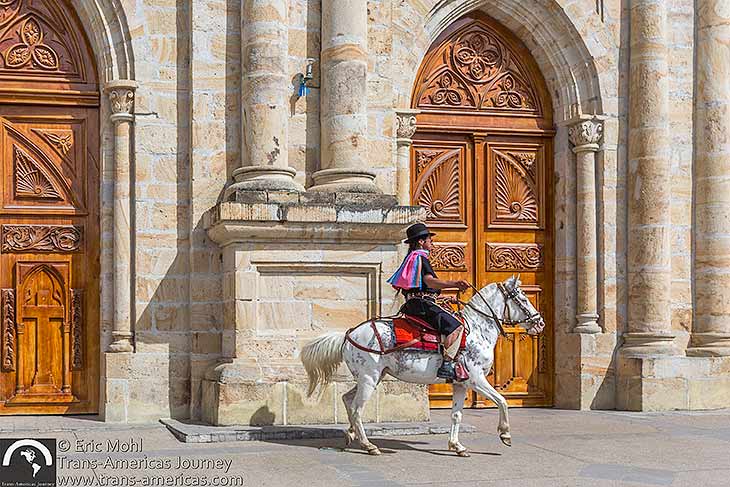 A local man hurries past the church on the main plaza in Saraguro. 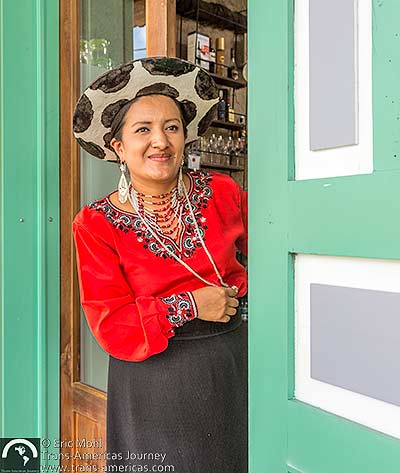 Watching the parades from the stylish Shamui Espai Gastronomic restaurant on the main plaza in Saraguro. 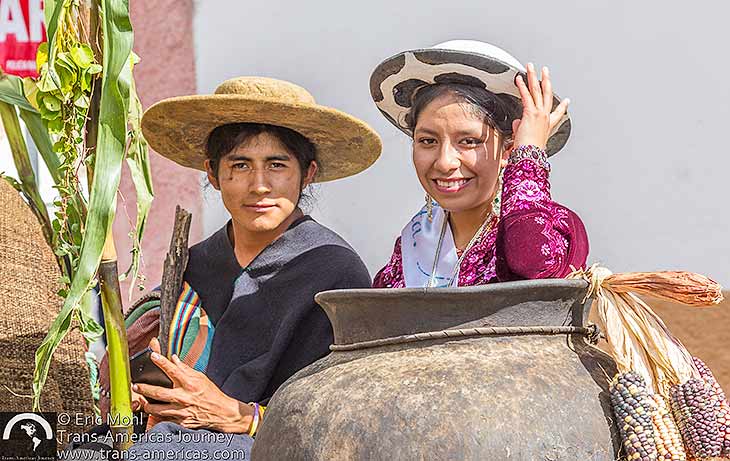 Native crops, like corn, are also celebrated – often in the form of fermented chicha. 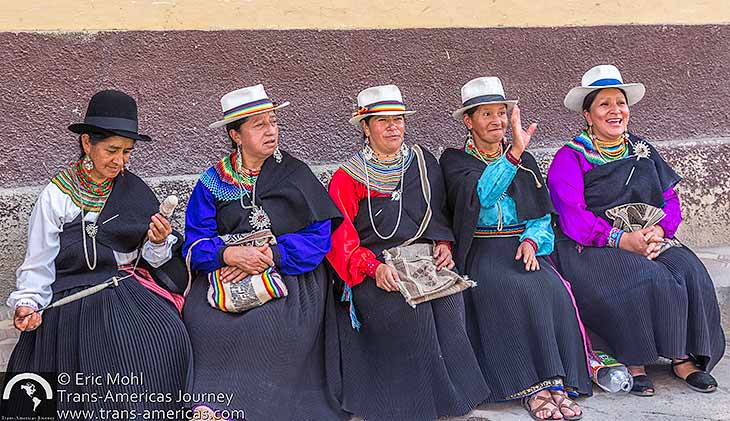 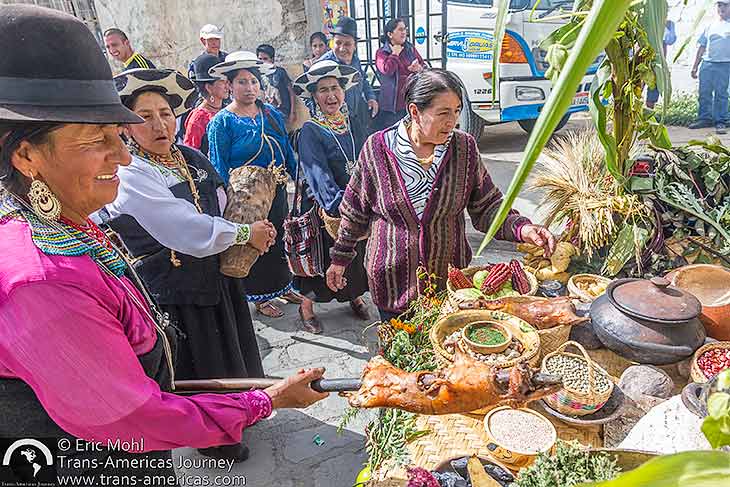 Traditional foods were also part of the Independence Day celebrations in Saraguro, including cuy (guinea pig). 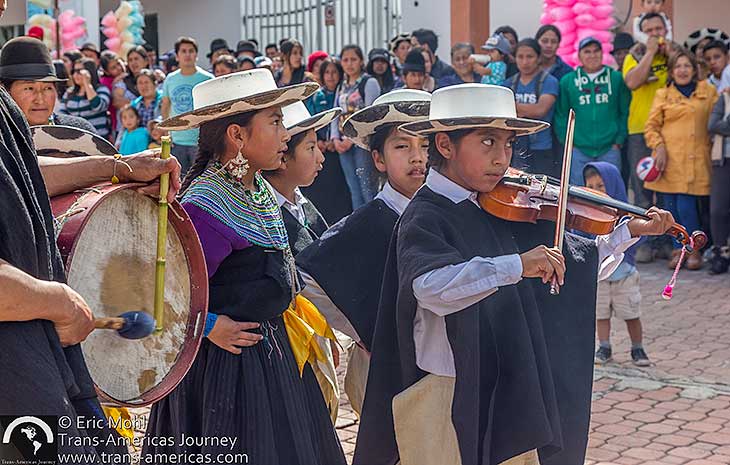 Kids on parade are always a top draw. 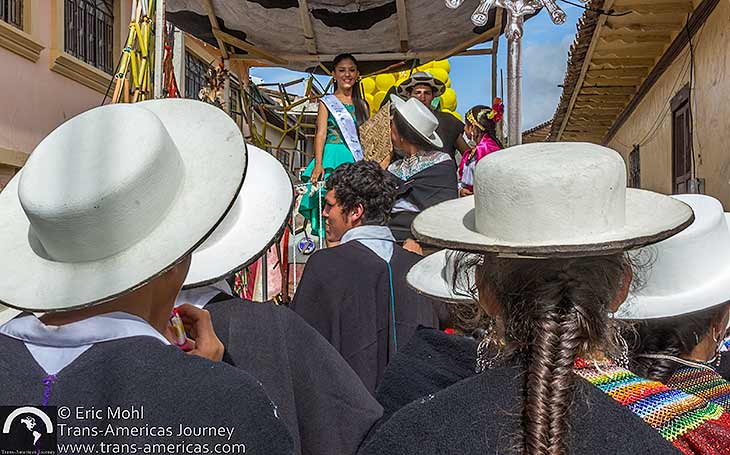 Traditionally-dressed celebrants escort a float carrying one of the queens of the festival. 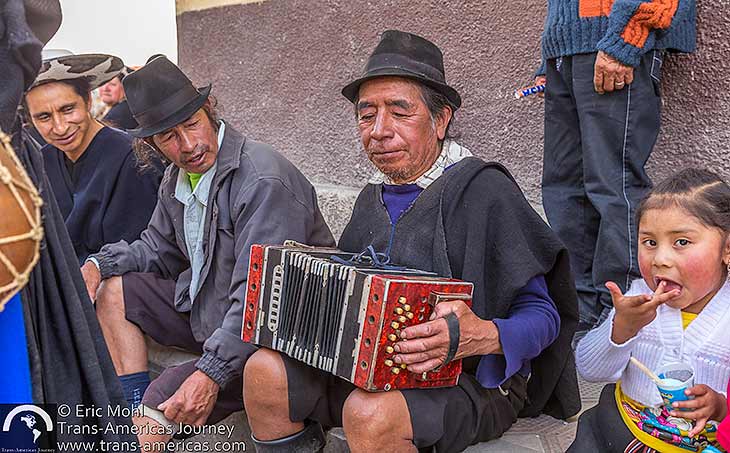 Almost every man we saw was wearing black cropped pants like these. Not everyone had an accordion. 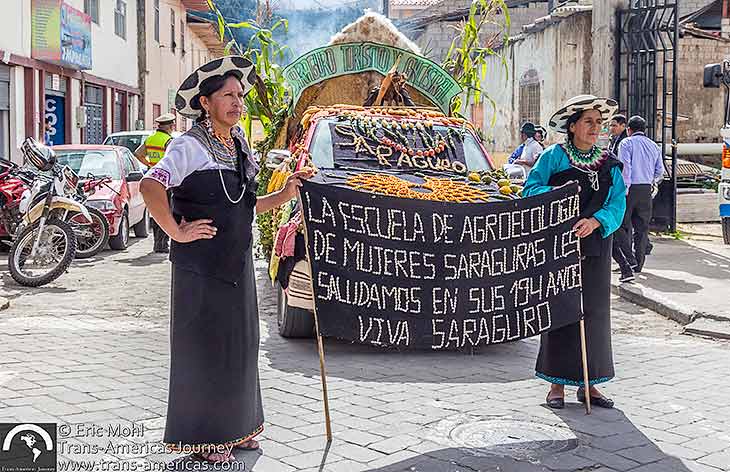 The local culture is known for traditional equality between the sexes and these women are marching with a banner from an agricultural school for women. 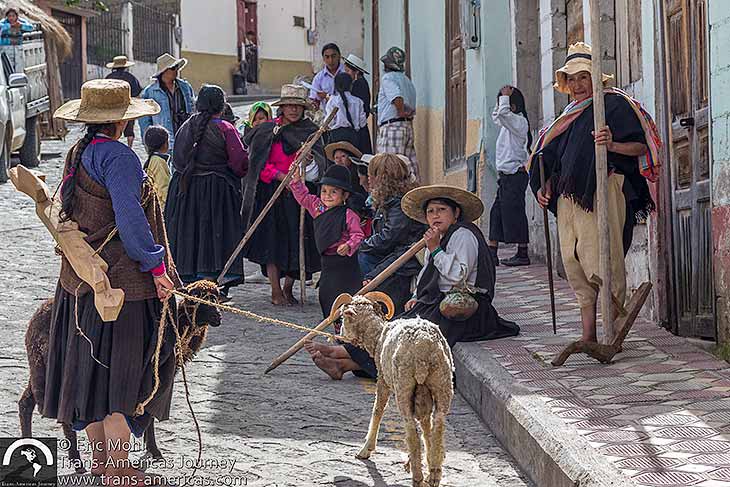 If there wasn’t a truck in the background of this photo you might think it was taken many, many years ago. 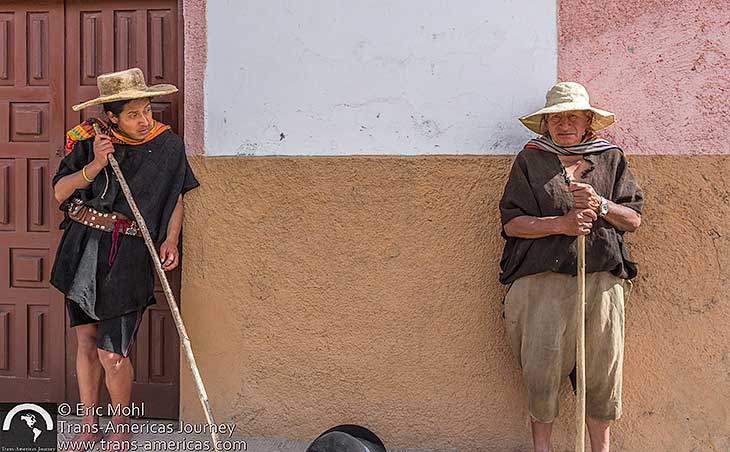 Watching the parade go by.

Where to eat in Saraguro

We did not expect to find remarkable food in Saraguro, Ecuador.  Then we walked into Shamuico Espai Gastronomic run by local chef Samuel Ortega. Ortega moved to Spain with his family when he was 12 and honed his kitchen skills in Europe including time working at Il Bulli.

Two of the inventive dishes, made by a local chef using local ingredients, at Shamui Espai Gastronomic on the main plaza in Saraguro.

When Ortega was 24 he returned to Saraguro and opened his own place in a 160-year-old building on the square that he restored with his architect sister. Ortega told us that 90% of the ingredients he uses come from the rich agricultural area around Saraguro or from his own small kitchen garden. His sometimes unorthodox needs have even inspired local farmers to experiment with different crops. Grab a table inside a modern dining room with skylights and a view into the open kitchen or outdoors in the traditional central courtyard and enjoy drinks, snacks, or polished full plates at incredibly reasonable prices. We did.