Are We Festering Yet? – New Orleans, Louisiana

Day 4 of our Journey

After the first of many late nights of live music, we rallied and headed out to the fairgrounds for the opening day of the 2006 New Orleans Jazz & Heritage Festival where it felt like a triumph that it was happening at all. Attendees would probably have been happy if they were greeted with a hot dog stand and a 45 minute set from local ‘80s cover band Bag of Donuts. Okay, maybe not. 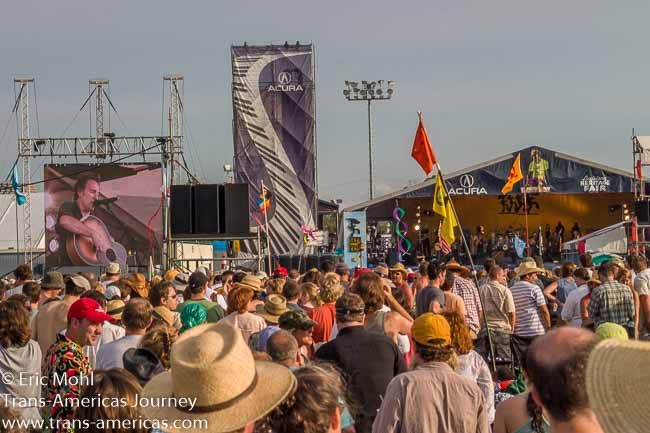 Happily (and amazingly) the Jazz Fest fairgrounds had been brought back to near pre-hurricane standards, the food lived up to our memories and expectations (we gorged on pork po-boys and strawberry lemonade and trout almandine and beer and crawfish Monica and too many other things to list here without embarrassing ourselves), and the music was outstanding. 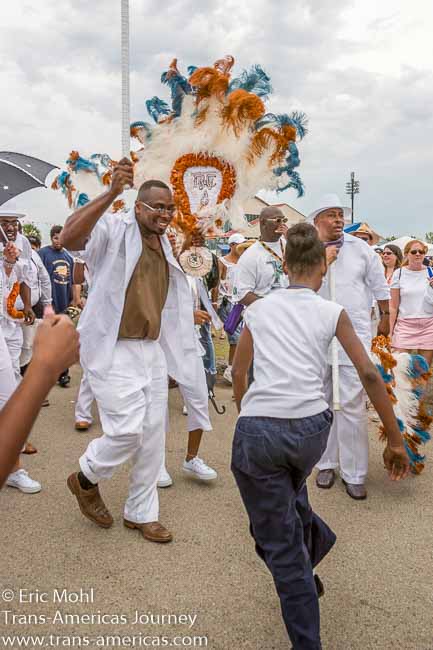 Choosing favorites is hard, but standouts of the weekend included Bruce Springsteen’s set with the  Seeger Sessions Band which was extremely powerful (not a dry eye in the house) and felt very connected to the situation in New Orleans even though he’s not, technical speaking, a jazz musician (as some locals grumpily pointed out). 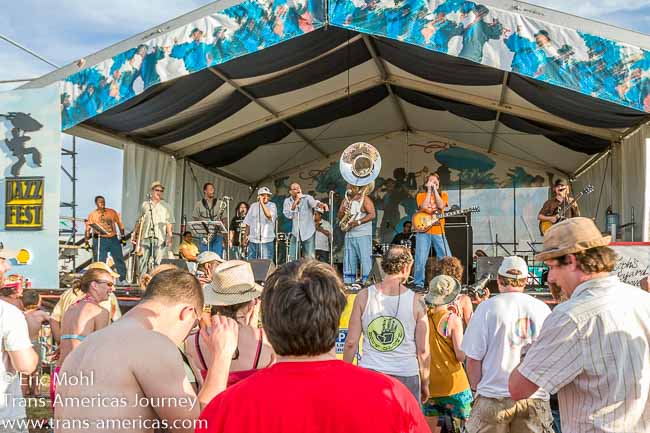 It was also a delight to watch Kirk Joseph play the gorgeous new sousaphone we (working with artformusic.org) helped raise money to replace for him when his original sousaphone was lost in Hurricane Katrina. 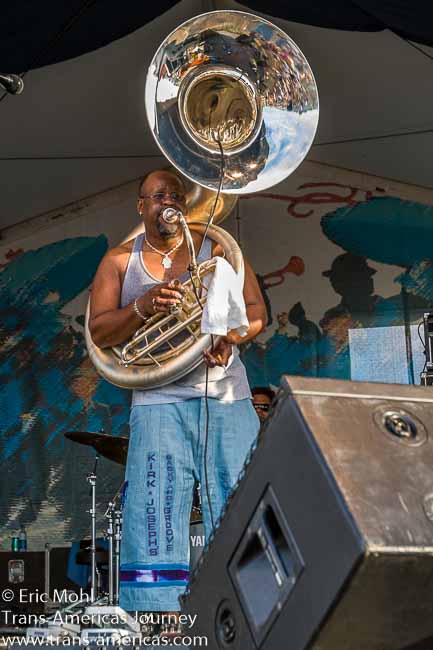 Troy Andrews (aka Trombone Shorty) is a local legend but was new to us and after seeing his charisma and talent with a trombone we would drive out of our way to see him again. 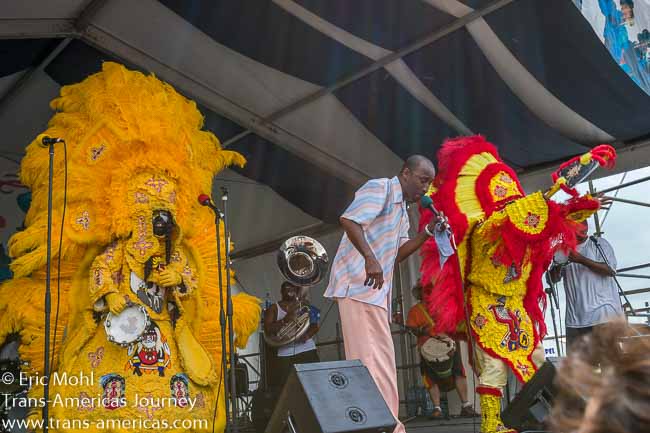 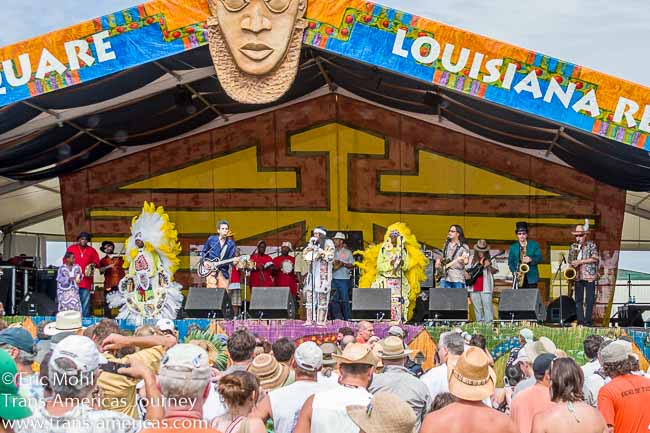 But we weren’t done yet and, after talk of a nap but no actual napping, we headed to Tipitina’s for a Saturday night of Galactic which quickly turned into a dance party. U2’s The Edge had the same idea and spent part of the night studying the band on the upper railing with us. Nice guy, totally into the music, and happy to talk to anyone who would have him. In case you were wondering. 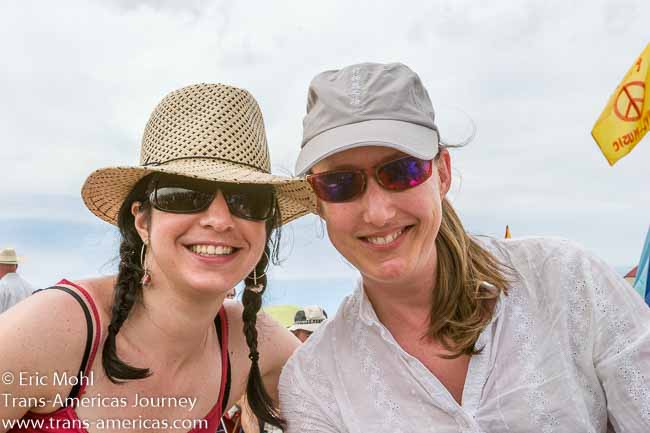 Karen and our friend Nikki at the fairgrounds. 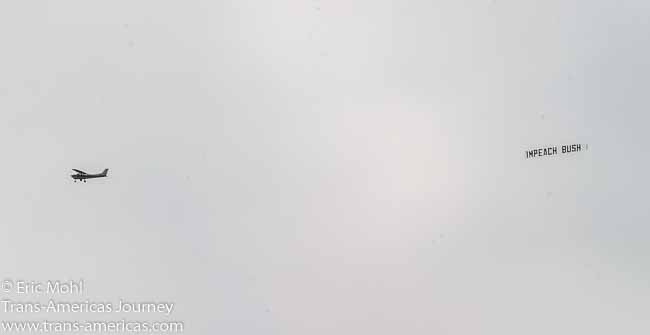 This ‘Impeach Bush’ flyover received an enthusiastic response from the Jazz Fest crowd.