Day 2 of our Journey

After a delicious breakfast and people watching session at the Omelet Shoppe (best logo ever) in Birmingham, Alabama, we pointed the truck in the direction of New Orleans and stepped on it. With just a few hours to go until we reached the city, we vowed not to eat lunch until we arrived, anticipating our first mouthfuls of the delicacies we have been dreaming of since last year’s Jazz Fest. 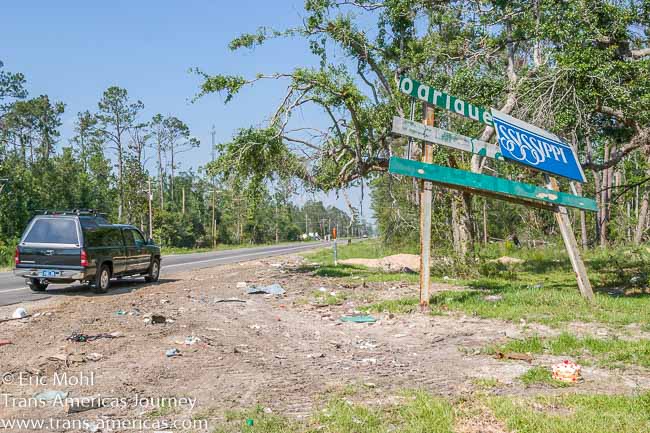 After passing through still vivid signs of hurricane destruction in Slidell, we started our journey across the Slidell Bridge where a sign warned us to reduce our speed to reduce strain on the temporary spans. The majority of the other vehicles were fellow trucks full of tools and day laborers off to clean up a yard/house/life in post-Katrina New Orleans area. 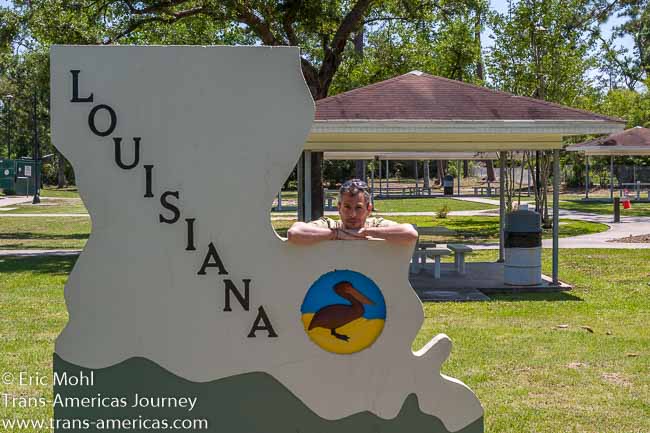 Eric at the Louisiana border…Jazz Fest is near.

Then we hit East New Orleans. Yeah, we watch the news and read the papers and have even talked to New Orleans residents post-Hurricane Katrina but nothing prepared us for the wasteland that greeted us as we approached the city on I-10 through East New Orleans. Destroyed houses, abandoned businesses, downed trees and hardly a soul (or ridiculously white FEMA trailer) in sight. Almost exactly eight months after the storms hit, the place looked not only little improved but as if it will never be improved—like it will sit like this for years to come as a sort of sprawling, spontaneous memorial to the destructive powers of nature and inertia. 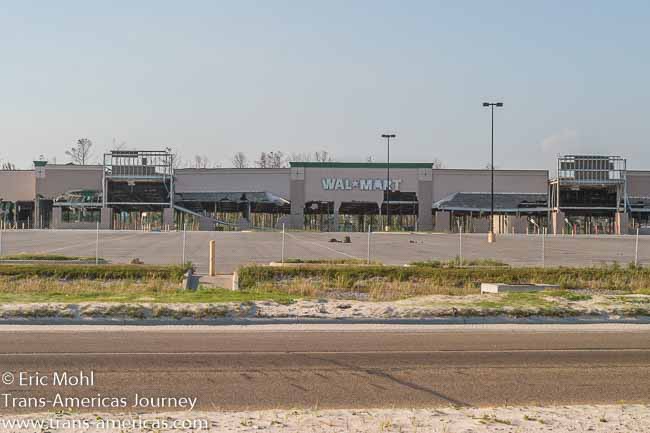 As we neared New Orleans hurricane devastation was still everywhere.

Though comparisons are tricky, we are reminded of how hugely relieved and hopeful we felt when the World Trade Center site (three blocks from our Manhattan apartment) was cleaned up in the weeks after 9/11. These folks have not even gotten the morale boost of having the uprooted trees removed from their smashed rooftops. No wonder residents haven’t returned. Who could get up day in and day out and live in this ghost town? And if residents don’t return why should businesses come back? Within minutes we can feel the despair of this vicious cycle sinking in followed closely by resignation. What is the answer? Is there an answer? We drive on in silence. 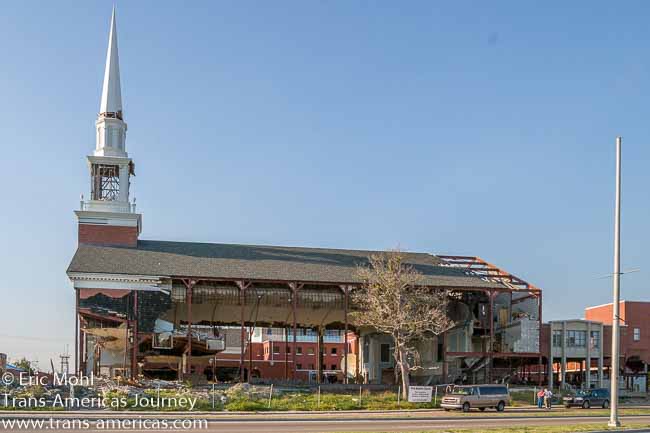 We were relieved (and snapped out of our funk) by the site of the city itself. Driving down St. Charles Avenue we were thrilled to see very little visible damage to the stately houses. The road itself, however, was a potholed mess. But it honestly probably would have been in disrepair even without the hurricane. 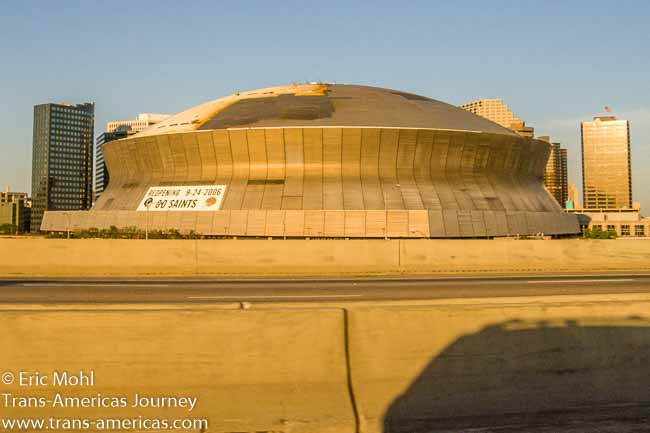 As we entered downtown New Orleans we were greeted by the severely damaged Superdome – ‘Opening 9-24-06 GO SAINTS’ the sign says.

Practically hungry enough to eat the dashboard, we pull up to the legendary po-boy shop, Domilise’s only to discover a sign that says “Closed Today Only.” Reduced hours are a fact of life in New Orleans now as a way to cope with a lack of staff and a lack of customers. But that’s all too much to process without lunch, so we quickly headed on to plan B: Cooter Brown’s where the menu made us crack up (try the Looter special, formerly the Cooter special but renamed post-Hurricane Katrina), the guy taking our order made us consider a tattoo, and the po-boys were so big we could hardly lift them. But we did, along with a couple or three Abita Amber beers.

A boat on the median of the highway in New Orleans.

Fully sated, we checked into our room at the Hotel Monteleone in the French Quarter with the help of the world’s friendliest bell hop, Cori, who didn’t bat an eye at the 14 bags and boxes we asked him to bring to our room for further packing/sorting (ugghhh). The Hotel Monteleone has been around since 1886 and additions over the years now bring the total room count to 600. The total ghost count is a bit trickier, but more than one person claims there are at least seven spooks that haunt the place. For more, here’s our full review of the Hotel Monteleone for iTraveliShop. 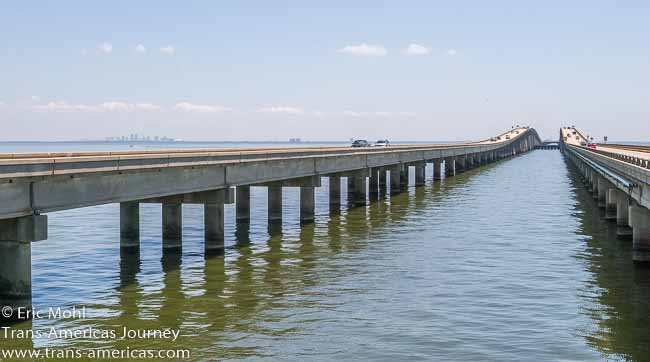 But we didn’t have time for ghosts–we had music to see. So it was off to the dock for our Mississippi cruise with the music of Garage a Medeski.