There are places on the map that are guaranteed to spark travel wanderlust. Tierra del Fuego is one of those places. This archipelago of islands is lonely, lovely, and in many ways, even more extreme than its neighbor, Patagonia. This land has attracted some of the world’s most epic explorers and adventurers, nearly sparked a war, and earned some badass nicknames. Here are 12 of the best things about Tierra del Fuego and Isla Grande del Tierra del Fuego. 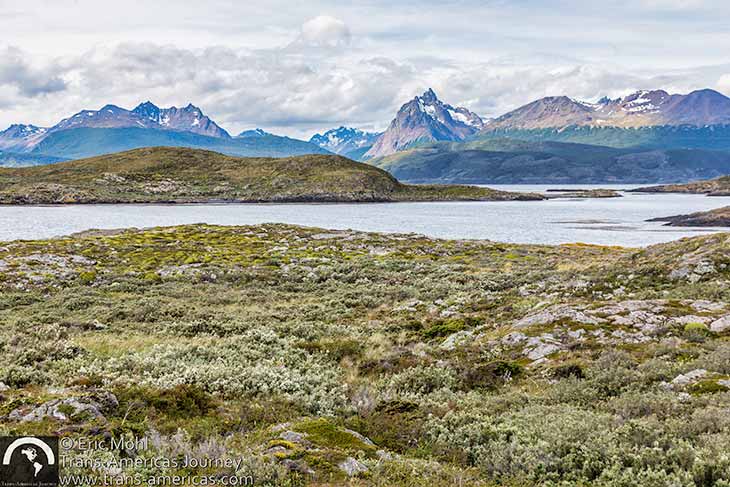 The Beagle Channel and some classic Tierra del Fuego landscapes.

Tierra del Fuego is an archipelago of islands at the southernmost tip of South America separated from the mainland by the Strait of Magellan. Many of the islands are very small, but the group also includes Isla Grande which is about the size of Belgium and ranks as the largest island in South America with a total size of  18,530 sq miles (47,992 square km). 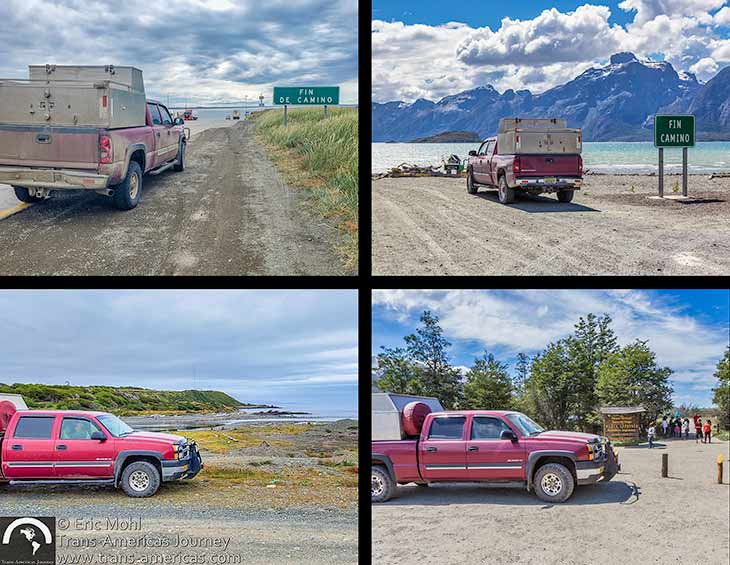 Our truck at the end (s) of the road, clockwise from upper left: at the Strait of Magellan in Chile; Caletta Maria in Chile; Estancia Moat at the southernmost point in the world that’s connected to a national highway system on RN3 in Argentina; in Tierra del Fuego National Park near Ushuaia, Argentina.

2. You can reach the end of the road (again and again) 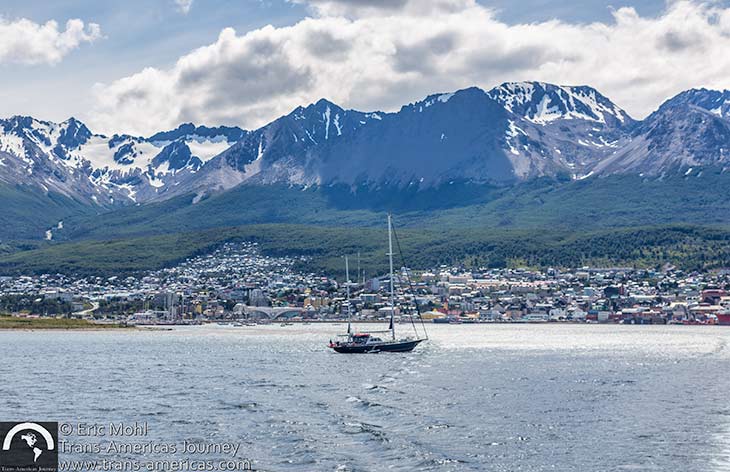 Ushuaia, Argentina, the southernmost city in the world, sits on the Beagle Channel on the south side of Isla Grande del Tierra del Fuego.

Explorer Ferdinand Magellan (more on him below) dubbed this area the Land of Smoke after seeing bonfires onshore. The King of Spain preferred the much sexier Land of Fire (Tierra del Fuego in Spanish), though it’s also called by an even sexier name: El Fin del Mundo (The End of the World). 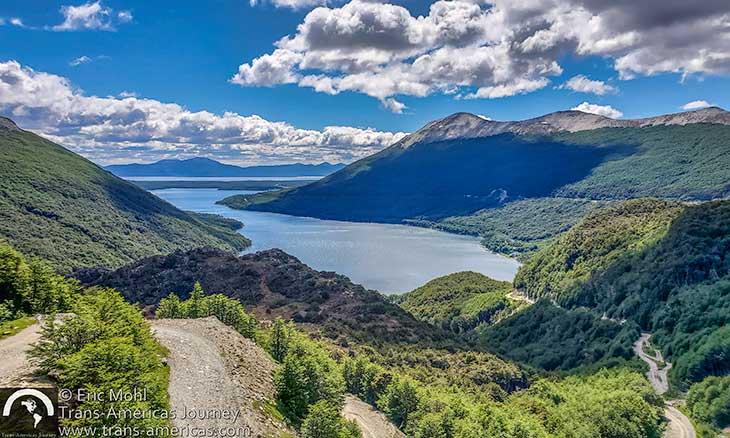 The road to Ushuaia passes over the Fuegian Andes at Paso Garibaldi where we enjoyed a view over Lago Escondido and Lago Fagnano in the distance.

4. Islands worth fighting for

The archipelago–which marks the terminus of the Andes, the longest mountain chain in the world–is split between Chile and Argentina and those two countries nearly went to war over it before finding a way to carve it up. 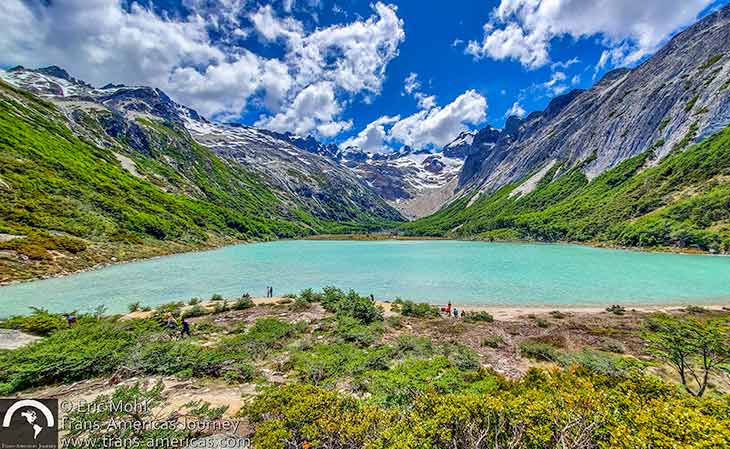 5. There’s a landscape for everyone 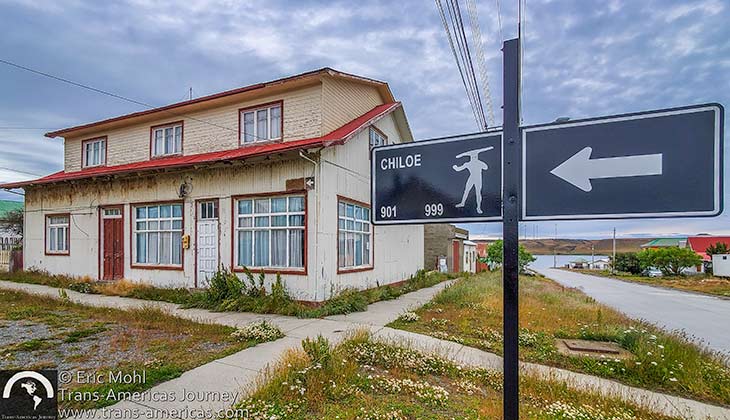 The street signs in Porvenir, Chile pay tribute to the Selknam people.

This archipelago has been inhabited by people for more than 12,000 years. Initially, cultures including the Yaghan (aka Yamana), the Selknams, and the Kawésqars, survived and sometimes even thrived on the islands. Then Europeans arrived with weapons, and greed, and disease.

Isla Grande is large and there are just two border crossings between the Argentina and Chile side on the entire island: the main one is Paso San Sebastián (left) and the other is Paso Rio Bellavista (right).

7. Just getting there is an adventure 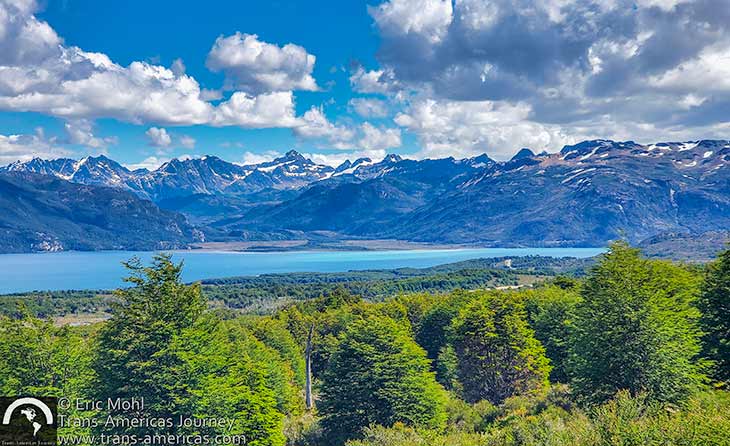 Lake Fagnano with the Darwin range, named for Charles Darwin, in the background.

8. In the footsteps of explorers and adventurers

Portuguese explorer Ferdinand Magellan came to Tierra del Fuego in 1520. The first European to visit the area was in search of a shorter trade route and he found it when he discovered the strait that now bears his name. In 1830, British commander and scientist Robert Fitzroy arrived on the HMS Beagle. The Beagle returned with Charles Darwin on board and Tierra del Fuego is now home to the Darwin Range and Mount Darwin, which was believed to be the tallest mountain on Isla Grande until it was edged out by 8,460 foot (2,580 meter) Monte Shipton which was named for British mountaineer Eric Shipton who explored the Darwin Range in the 1960s.

One lake, two countries. Lago Fagnano in Argentina (left) becomes Lago Cami (right) on the Chilean side of Isla Grande. 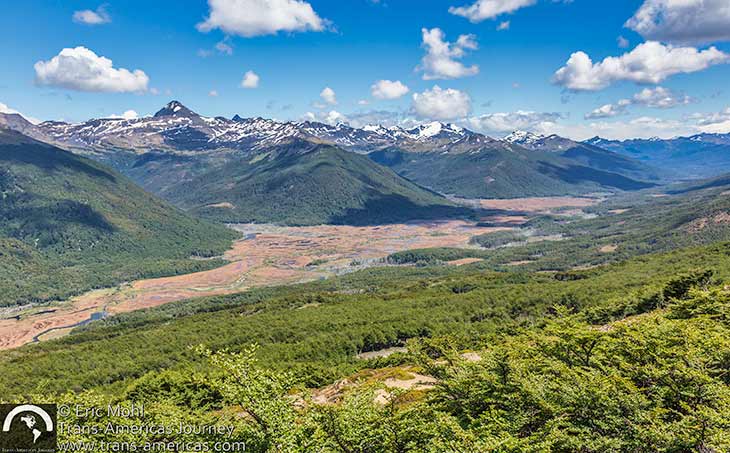 Specially adapted trees exist on just 30% of the land in Tierra del Fuego.

Only 30% of the archipelago is forested and within those forests, just six types of trees exist. They include the southernmost beech species, the southernmost conifer species, and a hardy species with tiny leaves and the ability to withstand and adapt to the area’s sometimes relentless wind. 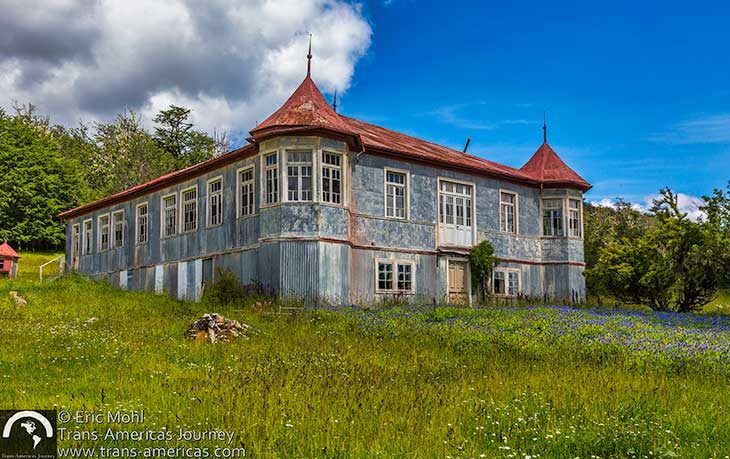 When Europeans arrived in the region, they brought their architecture and their sheep to establish vast ranches called estancias. This building is part of the now-abandoned Estancia Vicuña on the Chile side of Isla Grande. 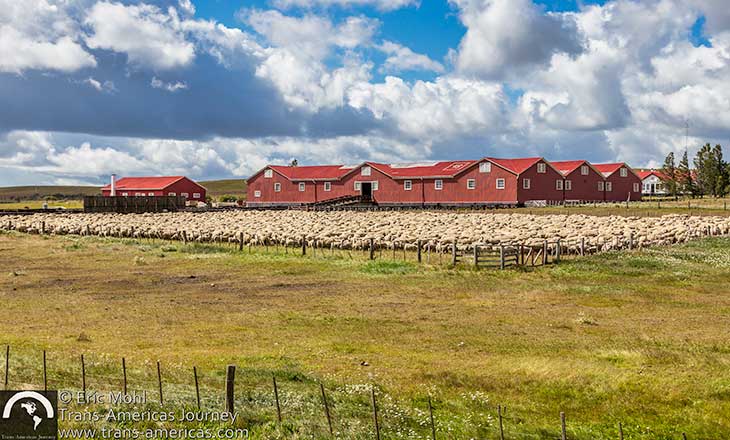 Estancia Menendez in Tierra del Fuego is the largest and oldest sheep farm in Argentina.

12. The wildlife of Tierra del Fuego

With so few people and so much terrain, wildlife is abundant in the archipelago. Here are some of the critters we saw on Isla Grande. 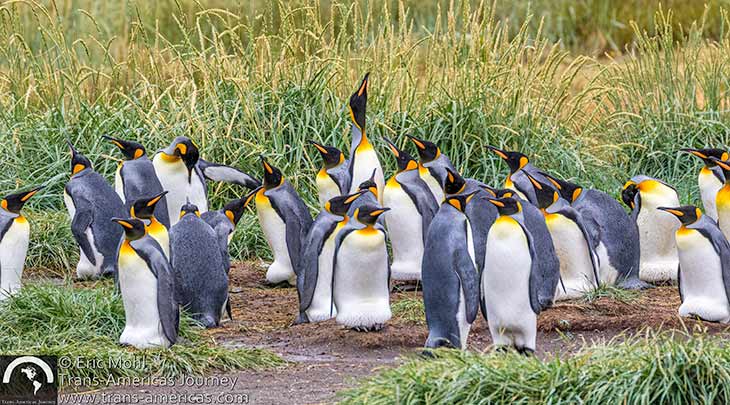 Parque Pinguino Rey on the Chilean side of Isla Grande is the only place to see king penguins outside of Antarctica. 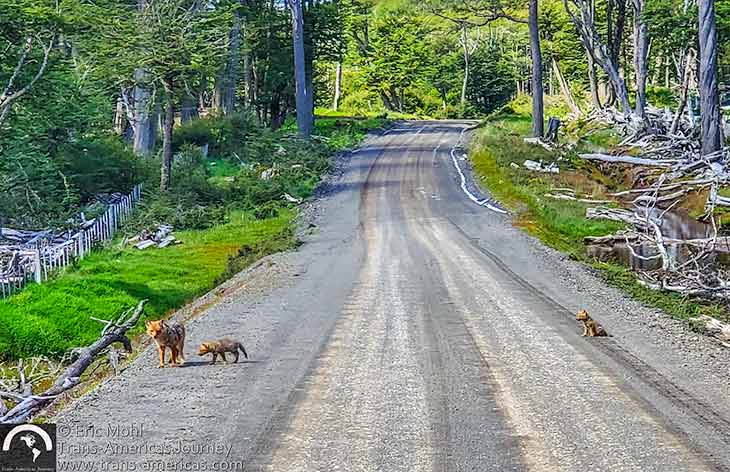 This fox family stopped us in our tracks. 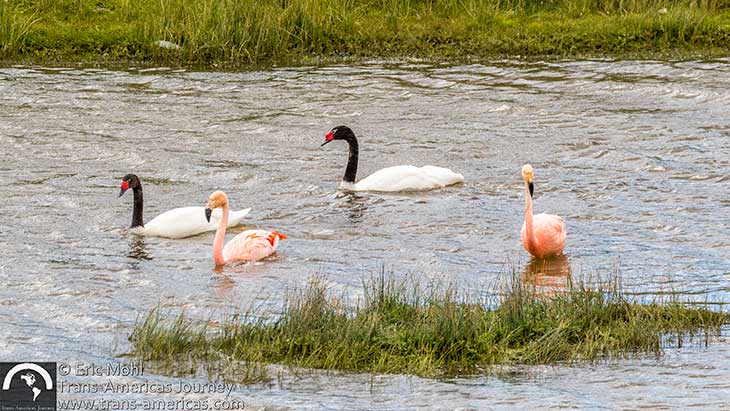 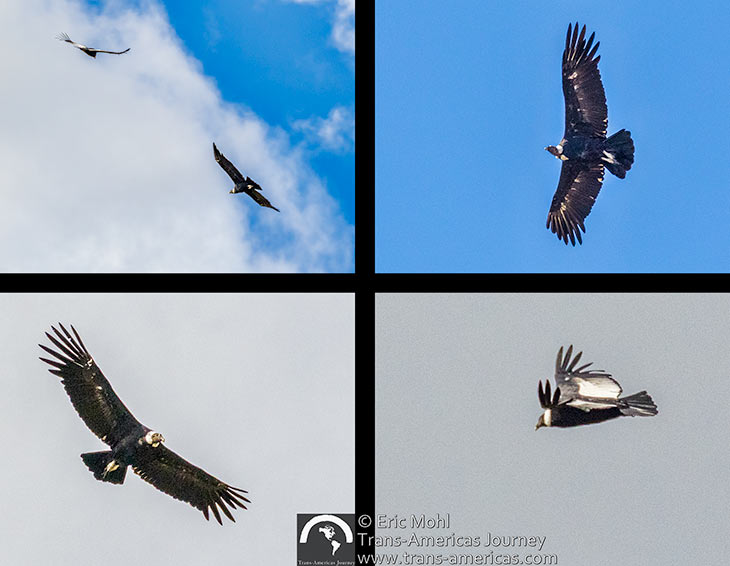 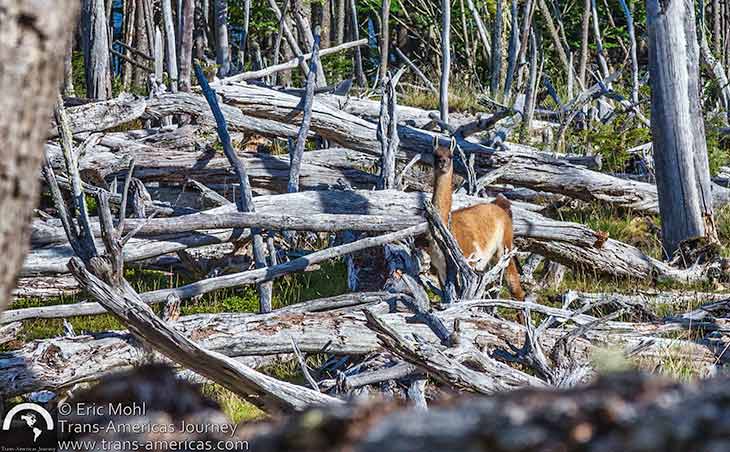 We got used to seeing guanacos in small family groups in the nearly barren steppe of Patagonia, but seeing this one in this lakeside forest in Tierra del Fuego was a first. 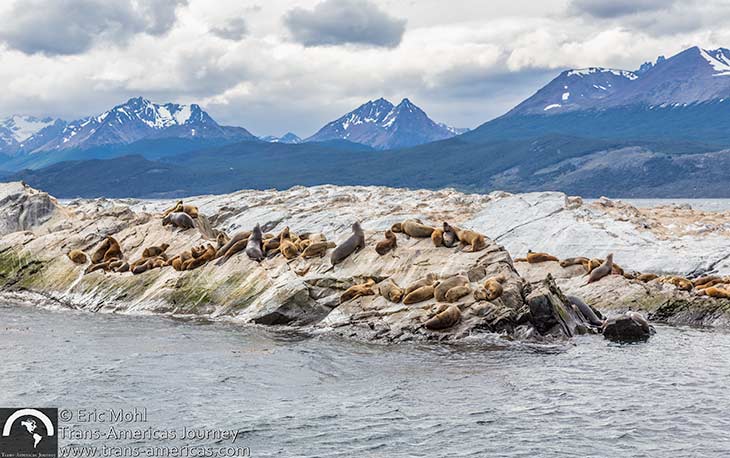 Sea lions take a break in the Beagle Channel near Ushuaia, Argentina. 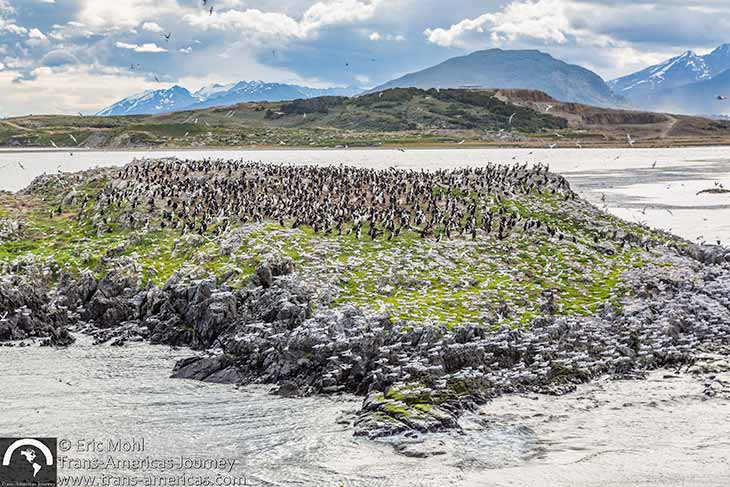 Cormorants and gulls in the Beagle Channel near Ushuaia, Argentina.