Tie Me Up – Mackinac Island, Michigan

Day 54 of our Journey

There’s something irresistible about a historic hotel on an island. So we found ourselves on a ferry from Mackinaw City to Mackinac (also pronounced Mackinaw, for those who don’t want to advertise your “not from around here” status) Island to check out Grand Hotel Mackinac Island.

The dramatic ferry ride from Mackinaw City to Mackinac Island.

Opened in 1887 (when rooms were $3-$8.50), the sprawling wooden structure is decked out in Lily Pulitzer pastels from honeydew colored sofas to raspberry tinted walls. Despite the fact that the island is covered in lilac bushes (the annual lilac parade was going on as we arrived), the hotel flaunts an obvious affinity for geraniums which feature in everything from carpeting to wallpaper to landscaping to the scent of the products in the bathroom.

Our first view of Grand Hotel fMackinac Island from the deck of our ferry. 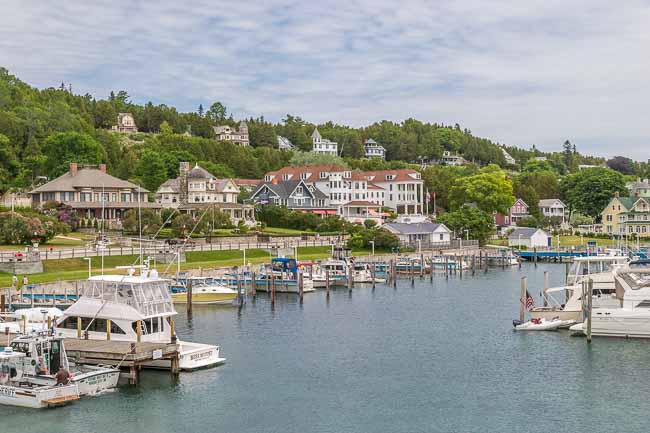 The harbor on Mackinac Island. 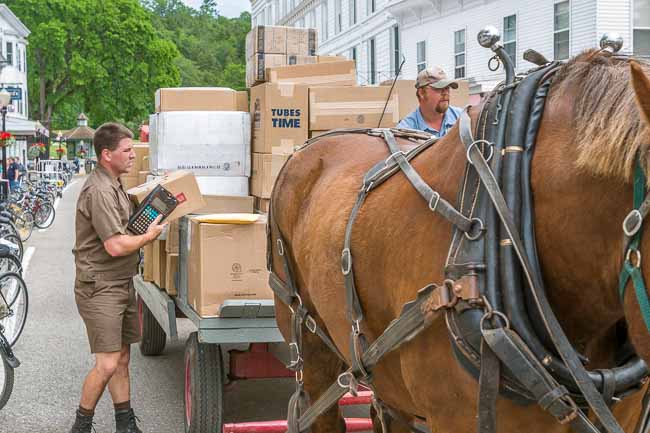 “Vehicles are not allowed on Mackinac Island, so horses provide most of the transportation and that goes for the UPS guy too.

The 12” TV and lack of A/C in most rooms was a bit of a throwback, but it was more than made up for by the fact that we could hear the sounds of horses clomping along the town’s streets from our room. Motorized vehicles are banned on the island and everything is done by horse and cart/wagon/buggy (even UPS deliveries). 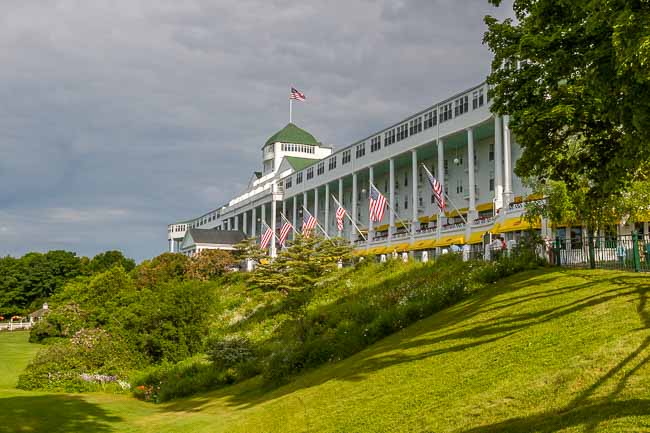 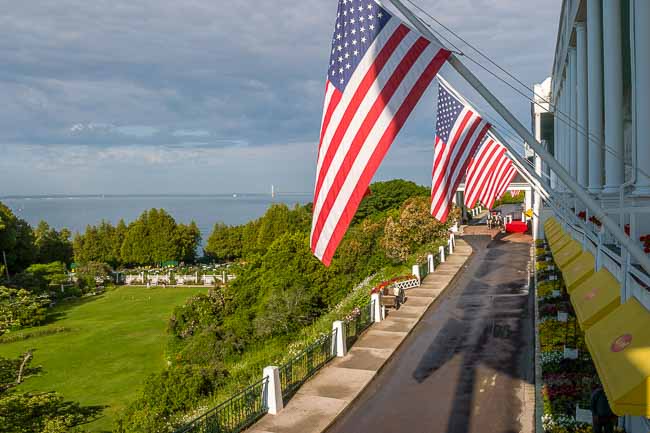 The view from Grand Hotel’s front porch is pretty grand.

Grand Hotel also hosts a very well attended formal high tea and enforces a strict dress code: skirts or dresses for women and jackets and ties for men after 6 pm. Unfortunately, we somehow neglected to pack a tie for Eric so he had to borrow one from the hotel and it turned out to be as horrible as you’d expect a borrowed tie to be: navy blue with pastel horses prancing across it—the very same tie the staff wears. 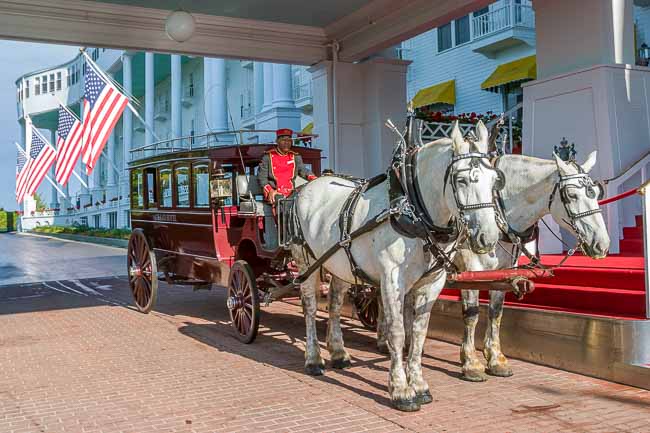 Vehicles are not allowed on Mackinac Island, so horses provide most of the transportation.

A vodka and soda or two in the Cupola Bar, with awesome views across Lake Huron to Mackinac Bridge (the longest suspension bridge in the world until 1988) across the Straights of Mackinac and Lake Michigan beyond took the edge off. Sort of. 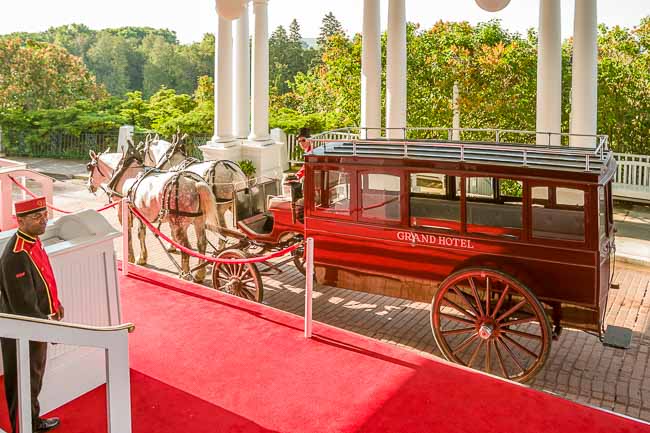 Vehicles are not allowed on Mackinac Island, so horses provide most of the transportation. 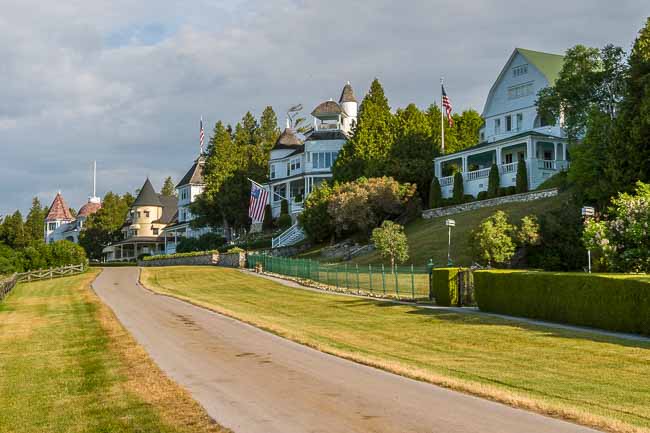 The road just beyond The Grand Hotel features some of Mackinac Island’s nicest homes. Michigan’s Governor even keeps a residence on the island.

Get more in our full review of Grand Hotel Mackinac lsland for iTraveliShop.