In the month of December 2019, we continued our ongoing road trip exploration of southern South America in the Patagonia and Tierra del Fuego regions of Argentina and Chile. We started the month in Puerto Madryn, Argentina, and from there we drove south across Argentina’s Patagonian steppe (prairie) following the famous Route 3 along the Atlantic coast. We ended the month at the “End of the World” in Ushuaia, Argentina with less than a day in Chile in between. In total, we drove 2,065 miles (3,323 km) during the month and our South American road trip driving route for December 2019 included National Parks, penguins, pumas, guanacos galore, several petrified forests, and a double border crossing in one day. Let’s go. 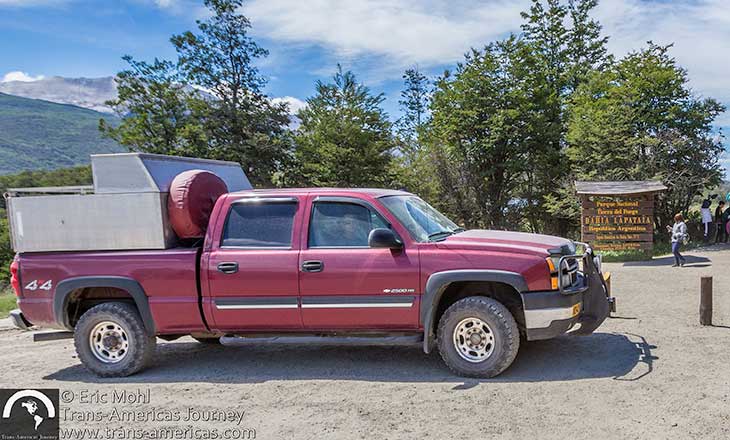 On the first day of December 2019, we left Puerto Madryn in Chubut Province in Argentina and drove to Bahia Bustamante. This place was created as a small seaside work camp focused on harvesting the seaweed that is abundant in the bay. Now it’s a hotel and large private reserve full of animals and striking landscapes and way more sheep than people. The land is also home to a stunning private petrified forest. 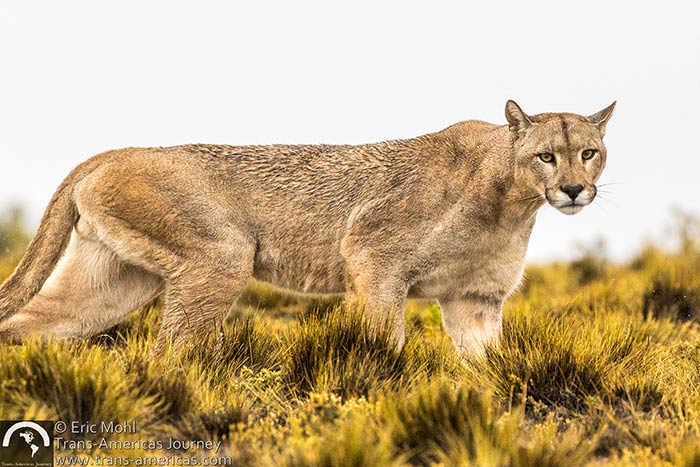 Now, THIS is how you do a puma sighting…

Our next stop was the town of Sarmiento where we visited the nearby Petrified Forest Provincial Natural Monument. From there we continued south, crossing into Santa Cruz Province on our way to Puerto Deseado. We spent a couple of days at nearby Campamento Darwin, a private reserve on land where Charles Darwin himself explored and camped. On our last day at Campamento Darwin, we spotted a large male puma that stayed within a hundred feet of us for more than 20 minutes. That ranks as one of the top wildlife sightings of the entire Journey so far.  Just amazing. 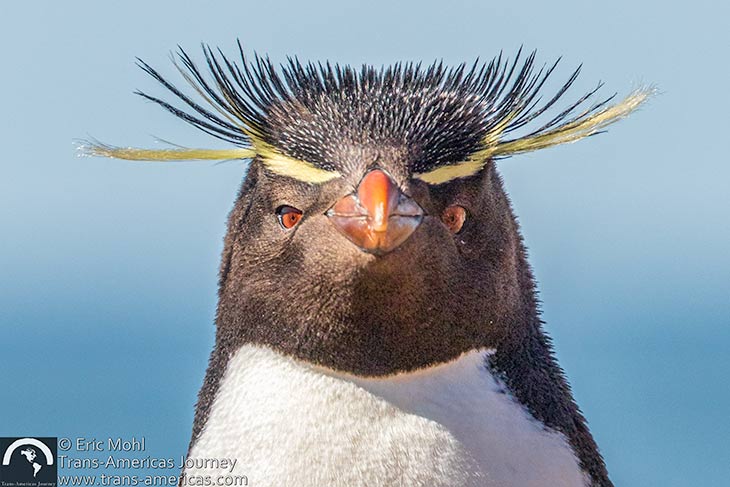 Rockhopper penguins are charming in part because of their goofy yellow “eyebrows”.

From Puerto Deseado we took a day trip with Puerto Penacho to visit Penguin Island which has one of the few accessible nesting sites used by rockhopper penguins. From there, we continued south visiting Jaramillo Petrified Forest National Park and Monte Leon National Park. 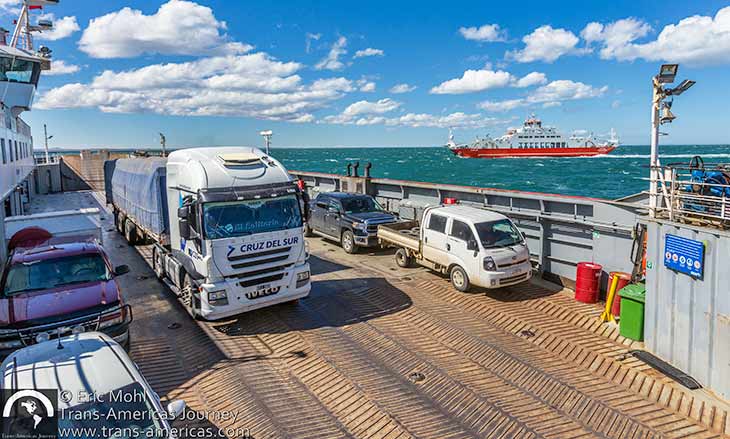 You have to cross two borders and take a ferry if you want to reach Ushuaia, Argentina overland from within Argentina. That’s our truck on the far left of the ferry while crossing the Strait of Magellan.

Once we crossed back into the Argentinean half of in Tierra del Fuego it was a short jump to Ushuaia which is dubbed the “End of the World” because it is the southernmost city in the world. A bit further south of the city is the southernmost point in the world that you can drive to, which, of course, we did. We spent Christmas and rang in the New Year in Ushuaia.

Our complete December 2019 road trip driving route in Argentina and Chile can be seen in our map, below:

And you can see what we saw out there on the road in Argentina and Chile in December of 2019 in our dashcam drive-lapse video, below. It was, as always, shot by our Brinno camera which is attached to our dashboard at all times.