We spent the month of August in the Uco Valley in Mendoza, Argentina (which is why we didn’t publish a Where We’ve Been driving route post for that month). We hit the road again in early September, driving a total of 1,019 miles (1,640 km) during the month. Our South American road trip route for September 2019 included a canyon that seemed straight out of the US desert Southwest, volcanoes galore, hot springs, our 72nd border crossing of the Journey and much more in Argentina and Chile. 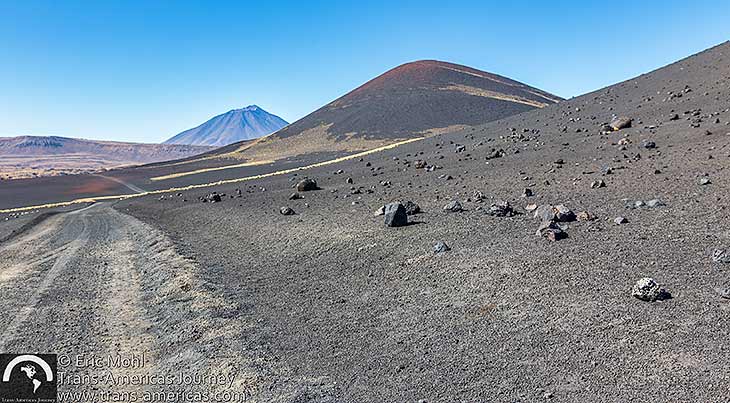 The black lava landscape of La Payunia Provincial Reserve in Argentina, home to the highest density of volcanoes in South America.

In early September we ventured into the foothills above Mendoza to soak in the Termas de Cacheuta hot springs. Then, with South American spring about to arrive, we started our slow trek south into Argentina’s Patagonia region and Tierra del Fuego (we’ll be exploring this vast and gorgeous part of South America for the next few months). 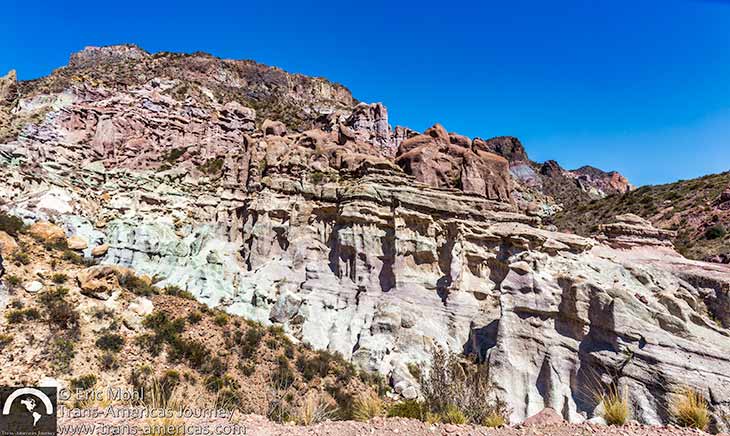 Formations like this in the Atuel Canyon in Argentina seem right out of the US Southwest.

After spending a couple of weeks looking after a house and dogs for the owners of Finca La Rosendo natural winery near the small city of San Rafael, we drove to the town of Malargüe in the south of Mendoza Province. To get there, we drove through the Atuel Canyon where the red rocks and meandering river really reminded us of the US Southwest. We used Malargüe as a base from which to explore the La Payunia Provincial Reserve which is home to the highest density of volcanoes in South America and the longest lava river in the world. We also drove from Malargüe to the nearby Las Leñas ski area, though all the snow was already gone. 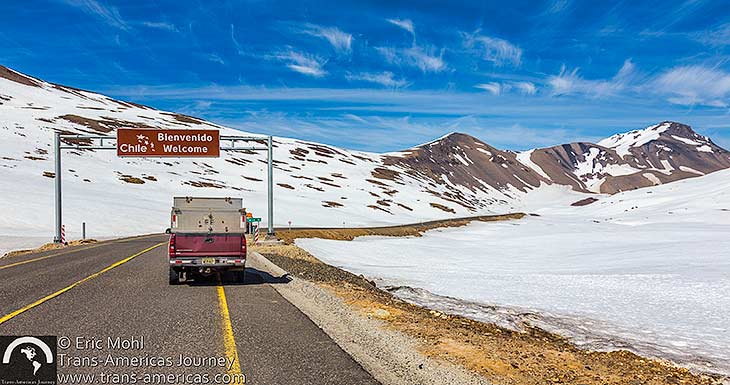 Crossing from Argentina into Chile over the gorgeous (and efficient) Paso Pehuenche border crossing.

Nearing the end of our current 90-day entry in Argentina, we headed to the nearby and newly upgraded Paso Pehuenche border crossing into Chile at 8,376 feet (2,553 meters) which is low by Andean standards. This was the 72nd border crossing of our road trip so far and also one of the most beautiful and easiest crossings.

We stayed in Chile for just over a week, focusing our time in the small city of Curicó and getting to know area wineries including a compelling family operation called Viña Pons Raineri and the Spanish-owned international giant Miguel Torres. We also spent a day hiking in nearby Parque Ingles and Siete Tazas National Park where we bit off (almost) more than we could chew with our first big hike of the spring season: the 15 mile (24 km) El Bolsón trail.

Our complete September 2019 road trip driving route in Argentina and Chile can be seen in our map, below:

And you can see what we saw out there on the road in Argentina and Chile in September of 2019 in our dashcam drive-lapse video, below. It was, as always, shot by our Brinno camera which is attached to our dashboard at all times.