Yellowstone National Park is enormous, covering land in Wyoming, Montana, and Idaho. The park is most famous for its thermal geysers and hot pools (think Old Faithful), but the west side of the park, which was designated a World Heritage site in 1978, is home to the animal-rich Lamar Valley. 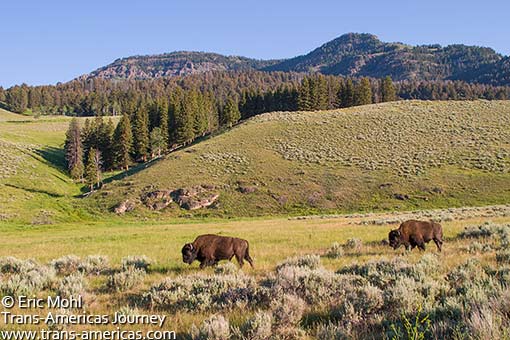 Wolves on the rebound

As we entered Yellowstone National Park (proudly flashing our annual National Parks Pass), a ranger told us that a pack of 11 wolves was being seen most mornings and evenings in the Lamar Valley. This was remarkable news given the fact that there were no wolves in Yellowstone in 1994. Wolves were reintroduced in 1995 and 1996 and park officials estimate there are now more than 300 wolves in the Greater Yellowstone Area. 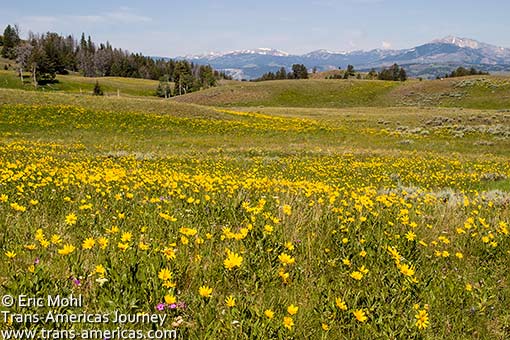 Wolves rebounded enough to be taken off the endangered species list a couple of years ago prompting the passage of a law legalizing hunting near park boundaries. Ranchers believe it’s necessary to keep wolf numbers low to prevent them from killing their livestock. However, in December of 2012, an alfa female known as 832F or Rock Star, which had been collared by Yellowstone researchers, was shot and killed when she wandered outside the park’s boundaries. Eight collared wolves from Yellowstone were among dozens of wolves shot near Yellowstone in 2012 and Montana has temporarily revoked the right to hunt them. 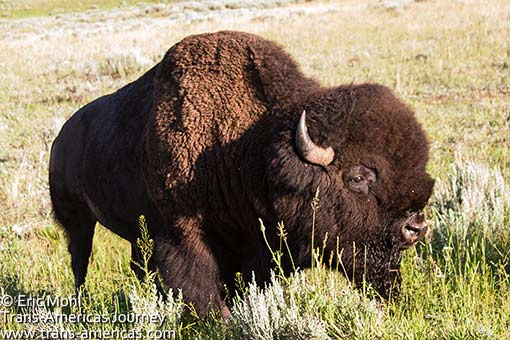 While we didn’t see the pack of wolves that we were hoping for, we did see plenty of these guys in the Lamar Valley area of Yellowstone National Park.

Even though we were visiting Yellowstone during peak tourist season we found a camp site at the Pebble Creek Campground less than half a mile from where the wolves had been rendezvousing regularly. 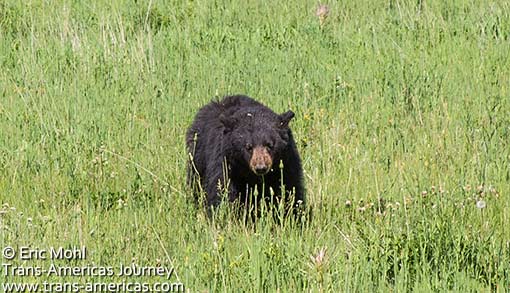 With camp set up and with evening approaching we drove down the road to see what we could see. Almost immediately we spotted three bison and a black bear all happily eating away in their own separate areas of the Lamar Valley. Then we joined a group of vehicles parked along the road that runs along the valley and watched as drivers began setting up obviously expensive spotting scopes. Yellowstone’s wolf geeks had arrived.

One of them told us he’d been camped in the park for a month doing precious little besides watching wolves. Over the years, these wolf geeks have even become an important part of the park’s own wolf monitoring efforts by sharing sightings and other information with rangers and naturalists.

They were just as willing to share their knowledge and their scopes with us. It turned out that the ranger at the entrance had the facts slightly wrong. There had been a pack of wolves in the valley but the group had moved off a day or two earlier leaving behind a pup.

What the obviously concerned wolf geeks were hoping for was a sighting or a yelp to prove that the abandoned pup was still alive. We waited with them, straining our eyes and ears but none of us saw or heard anything. With hope fading and spirits dropping faster than the sun, we returned to camp. The next day we heard that the pup showed himself, briefly, about 20 minutes after we left, but he was still alone and still in a tremendous amount of danger.

Worried about the wolf pup left behind by its pack, we got up at 5 am and parked on the Lamar Valley road hoping for a sighting. The wolf geeks were there too and they told us that we’d just missed an amazing rescue. As the wolf geeks looked on through high powered scopes and slightly dewy eyes, a pair of female wolves returned to the Lamar Valley and collected the abandoned pup, which was now out of danger, but probably grounded for wandering away and scaring his mother like that.

With wolf worries off our minds, we had another stunning day in Yellowstone, sighting a black bear with a cub, our very first grizzly in the wild, way off across the valley on a hillside, and many, many elk. 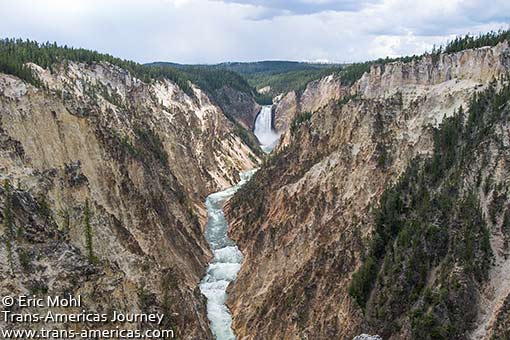 As we meandered out of the park we stopped at the Grand Canyon of the Yellowstone River and watched a bald eagle shade and fan her chicks with her enormous, elegant wings. It looked like she was doing ballet while perched high above the raging river. 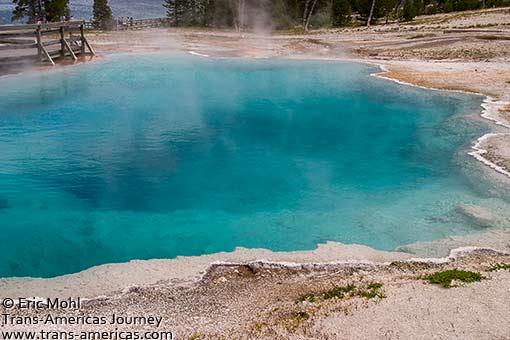 The color and clarity of the geothermally-heated water in this natural pool in Yellowstone National Park is tempting but this is no Jacuzzi.

And, of course, we couldn’t resist a return visit to a few of the park’s amazing thermal formations which deposit minerals that make some of the land yellow, giving the park its name. 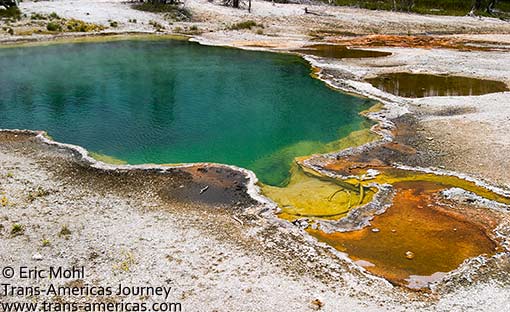 Minerals in geothermally-heated water from deep inside the earth cause intense discoloration including the yellow tint for which Yellowstone National Park is named. 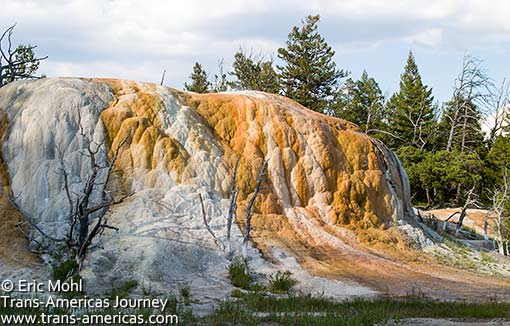 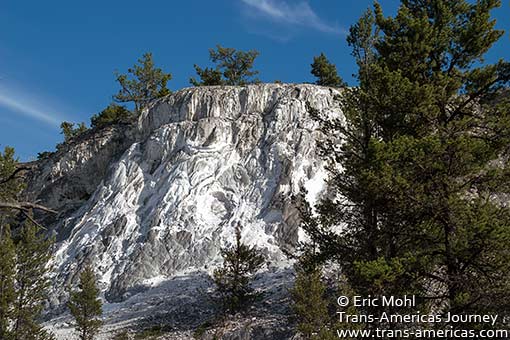 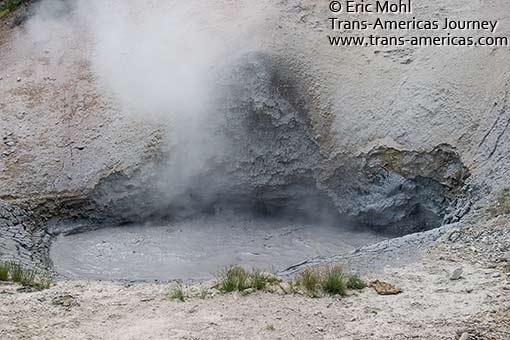 Boiling mud pots are part of the geothermal features for which Yellowstone National Park is famous.