The Napo River is a major tributary to the Amazon River and the large riverside town of Coca is your gateway for explorations in this popular part of the Amazon in Ecuador. Use our Amazon travel guide to the Napo River Amazon Basin in Ecuador to figure out how to get there, when to go, dispel a few Amazon myths, and learn more about environmental issues that affect this part of Ecuador and Yasuní National Park. 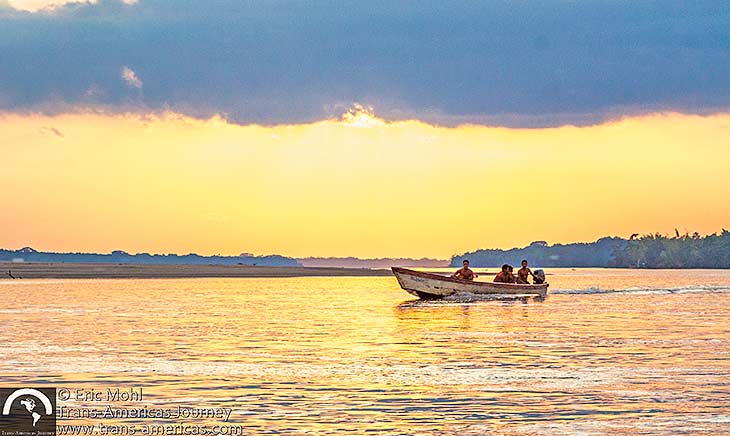 Locals traveling on the Napo River in the Amazon Basin in Ecuador.

How to get to Coca and the Napo River

You can take a 30-minute flight between Quito and the riverside town of Coca, or take a bus, or join a tour, or hire a car and driver, or do the 8-9 hour drive out of Quito, over the Andes, then down into the Amazon yourself (like we did).

If you’re driving yourself or if you’ve hired a car and driver, plan to make a brief stop at the San Rafael Waterfall on the way. It’s the tallest waterfall in Ecuador (430 feet or 131 meters) and it’s part of the massive Cayambe-Coca National Park. Like all national parks and reserves in Ecuador (except Galapagos Islands National Park), entry is free. There are clean bathrooms and an enormous stuffed fake Andean Bear (aka, spectacled bear) near the small ranger station where you present your passport. 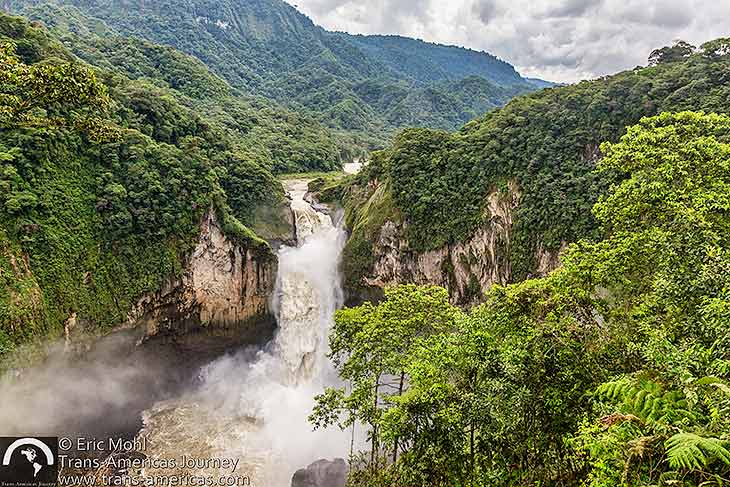 San Rafael Waterfall is the tallest waterfall in Ecuador.

After you check in, head down a well-made and mostly shaded trail (more like a small dirt road) which descends to an elevated platform with excellent views of the entire waterfall. Allow about 30 minutes each way at a reasonable walking pace. 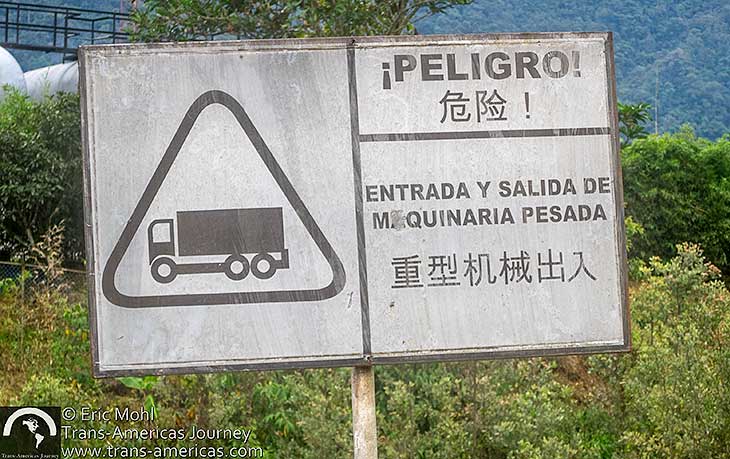 Many infrastructure projects, including dams, have been built by Chinese firms using imported Chinese workers.

During the journey between Quito and Coca, you will probably notice a lot of construction projects, including dams. These are largely bankrolled by the Chinese government and Chinese workers were even brought in to do the labor. This explains one roadside town where signs are in Spanish and in Chinese (like the one pictured above). Learn more about the environmental impact of these projects in our post about how dams are threatening the San Rafael waterfall.

Here are a few more important things to know before you travel to the Amazon Basin in Ecuador.

The best time to go to the Amazon

There is no worst or best time to visit the Amazon Basin in Ecuador. Temperatures are warm and rain is possible all year round. One thing to consider is that during summer months (roughly October to May), the water level in the Napo River can drop which can make river travel slower. 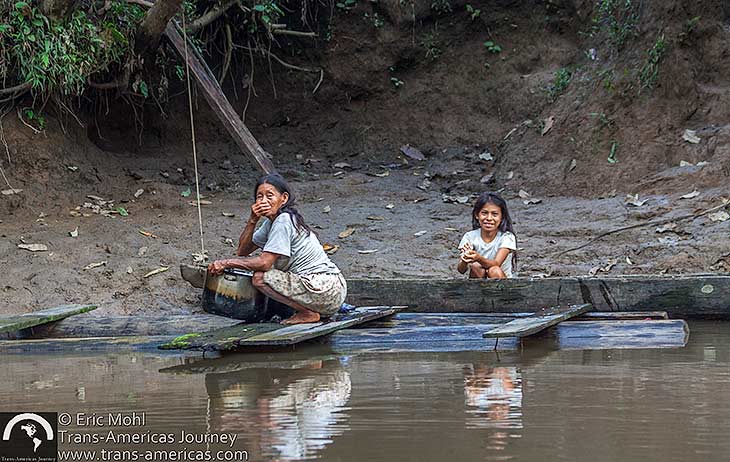 The Napo River is home to many people.

No matter which Amazon lodge you choose as your base along the Napo River, you’ll have to head out of Coca, the town that serves as the gateway for travelers who want to explore the Amazon Basin in Ecuador, in a boat on the Napo in order to reach your destination. And you probably won’t be alone. There are many lodges, tours, and tourists in this part of Ecuador. 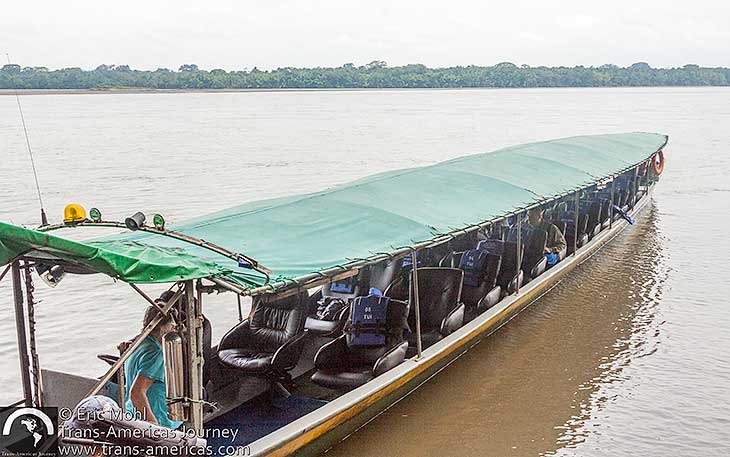 Boats like these transfer travelers on the Napo River from the town of Coca to the many lodges in the Amazon Basin in Ecuador.

But tourism is just a small part of Coca. The town’s larger function is as a base for oil company workers involved in the exploration and extraction of oil in the region.

You may have read about the controversies and conflicts in the region between oil companies, the Ecuadorean government, local inhabitants, international environmentalists, celebrities, and advocates for Yasuní National Park. 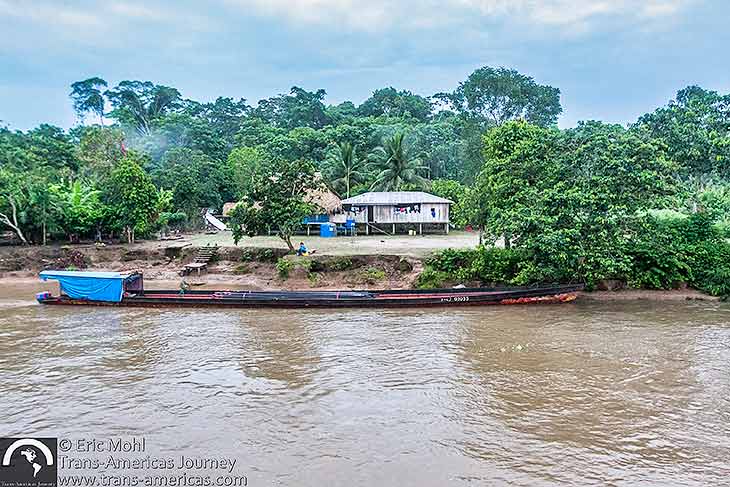 A village along the Napo River in the Amazon Basin in Ecuador.

In 2007, after passionate global public outcry about environmental damage to Yasuní National Park and communities living within the park, which is a UNESCO Biosphere Reserve and one of the most biodiverse places on earth, then-President Rafael Correa proposed an unusual solution. Essentially, he said that if the world would put 3.6 billion dollars into the Yasuní-ITT Initiative his government would stop oil exploration in 4,000 square miles of Amazon. It was a “put your money where your mouth is” idea and it got some global attention. Leonardo DiCaprio gave some money. However, ultimately, the initiative never reached anywhere near that amount. 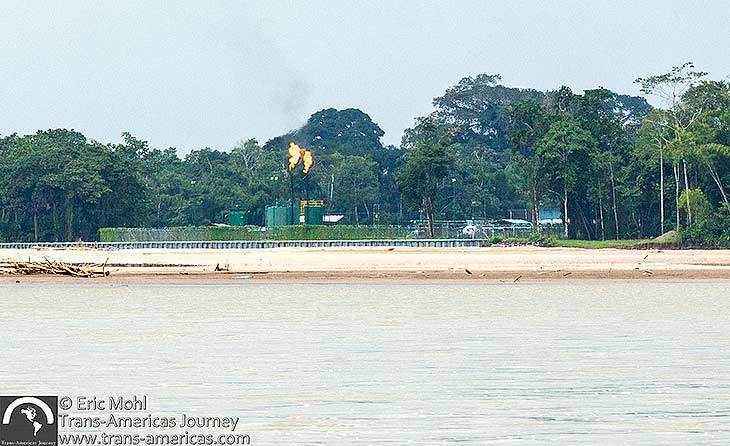 An oil pipeline flare on the banks of the Napo River not far from Coca.

By 2013 the initiative was declared dead and oil exploitation continues apace. We saw flares from oil pipelines along the Napo River less than an hour out of Coca. Get the basics about environmental threats to the Amazon in Ecuador before you travel there. 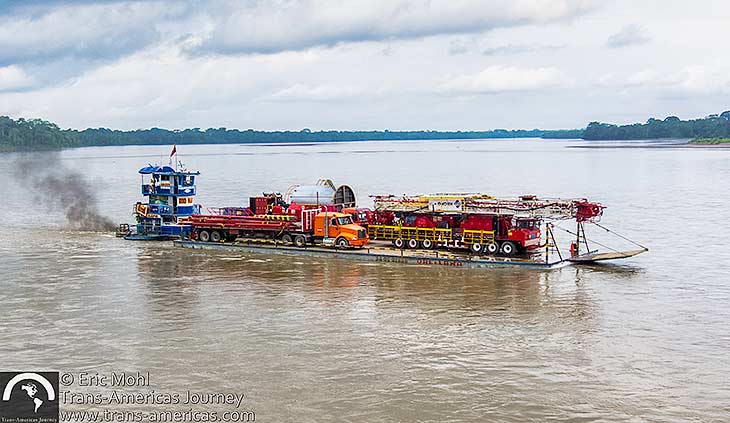 Heavy equipment traveling on the Napo River from Coca to mining operations in the area.

Before you go, study up on our 9 Top Amazon Travel Myths to learn surprising truths. 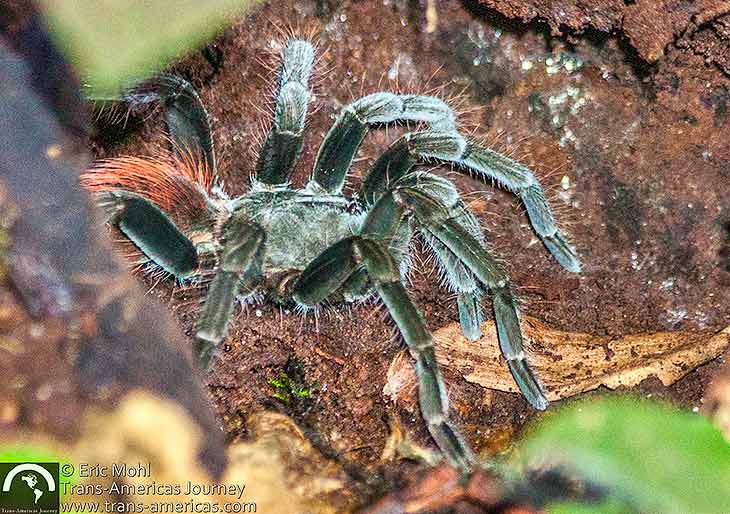 Yes, there will be tarantulas.

For example, it may not be as hot as you think, piranhas aren’t nearly as awful as Hollywood has led you to believe, there will be tarantulas, and much more.

Try to make time for at least a quick soak at Termas de Papallacta on your way back to Quito. As the road climbs out of the Amazon and up into the cold, high Andes you’ll pass the turn off for these most sophisticated hot springs in Ecuador. 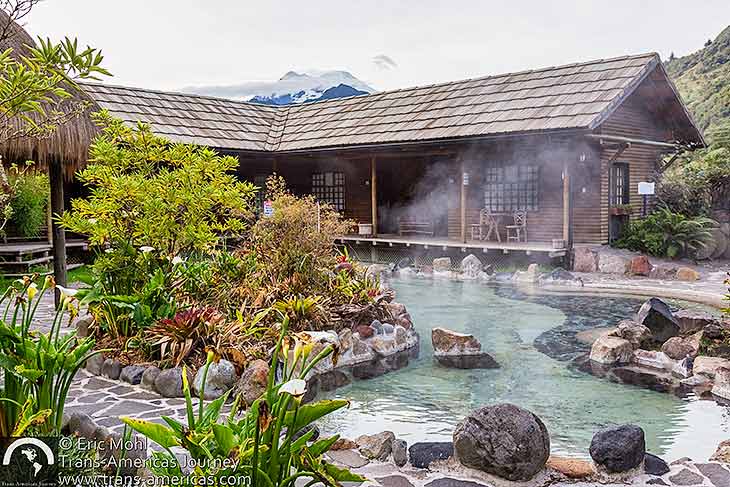 The complex offers huge and comfortably-developed pools of volcanically-heated water, a spa with a full menu of treatments, and a wide range of rooms and cabins if you want to stay overnight. Camping is also allowed and there are a few hiking trails around the property as well. 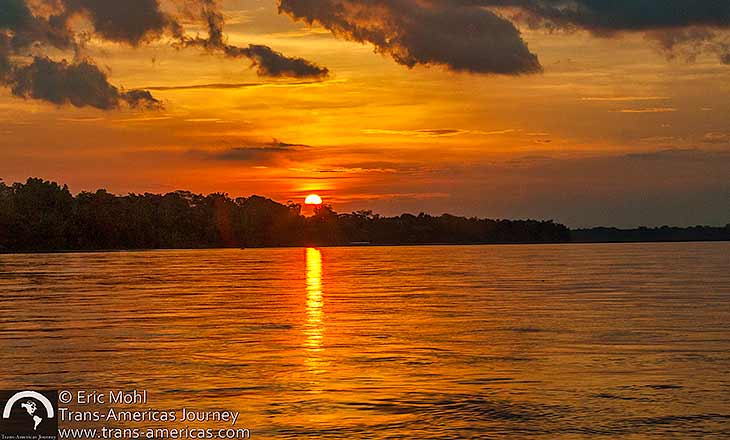 Sunset over the Napo River.

We also explored the Cuyabeno Wildlife Reserve, which is Ecuador’s other Amazon. It may be the place for you if you’re looking for a more compact area, fewer visitors, and lower prices. Not to mention the fact that we saw many elusive species for the first time in the Cuyabeno Amazon region.