We’ve spent months exploring the Amazon in Ecuador, Peru, Bolivia, and Brazil including time around the Napo River and Cuyabeno Wildlife Reserve in Ecuador, Madidi National Park in Bolivia, and all over the Amazon region in southern Peru and in northern Peru. We’ve been on boats, canoes, and trails exploring the rain forest, oxbow lakes, and flora and fauna that make the Amazon one of the most epic and biologically diverse travel destinations in the world. It’s fair to say that, for most of us, the Amazon is full of surprises. For adventure travelers, here are nine important things to keep in mind while you’re trip planning. 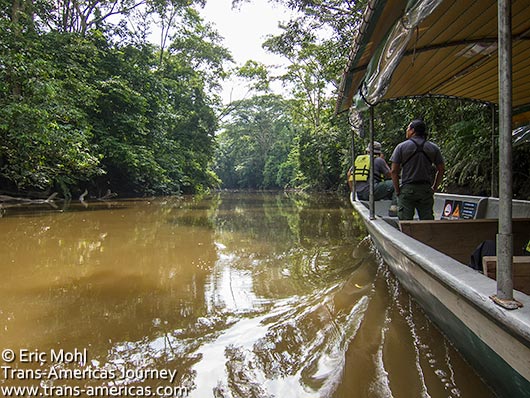 Motoring through the Amazon Basin in Ecuador.

Amazon Travel Myth #1: You have to go to Brazil to see the Amazon 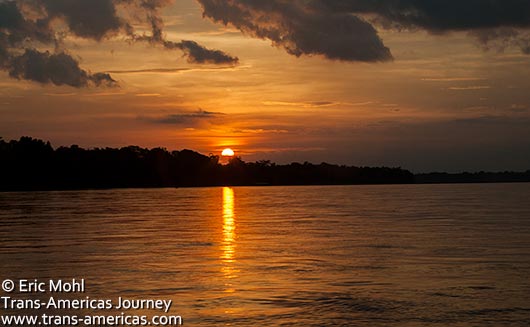 Sunset over the Napo River in the Amazon Basin in Ecuador.

We were prepared for the type of steamy weather in which just breathing makes you sweat. Imagine our surprise when we were putting on pants and long-sleeve shirts during boat rides and in the evenings to ward off what can only be described as a chill in the air. Yes, the temperature and humidity can rise to uncomfortable levels in the Amazon and you’re gonna sweat whenever you’re exerting yourself. However, the average Amazon high is only in the mid-80s, and temperatures can dip wildly. For example, during our time in the Tambopata National Reserve in Peru (one of our favorite Amazon regions), a massive cold front rolled in and we had to put on every piece of clothing we’d packed and wrap up in blankets to say warm. Pack accordingly. 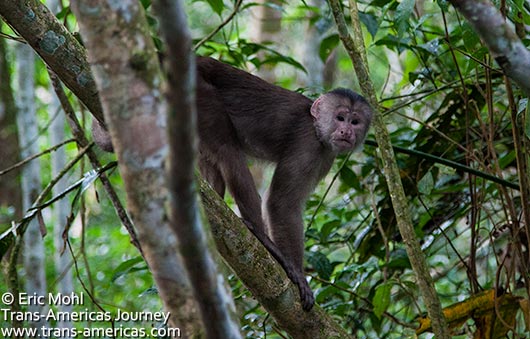 The Amazon Basin is one of the most biodiverse places on the planet and home to a mind-blowing cast of characters. New species are discovered here every year, but it’s very hard to see most of them. For one thing, the Amazon rain forest is wicked thick. Also, in many areas, wild animals were hunted as recently as five years ago and some indigenous communities continue to hunt on a subsistence level so the critters still have a healthy fear of humans. That said, with persistence and the help of guides we saw dozens of species we’ve never seen before including a tiny, brightly plumed bird called a wire-tailed manakin, red howler monkeys, endangered giant river otters, many new types of macaws, and a porcupine with a prehensile tail. 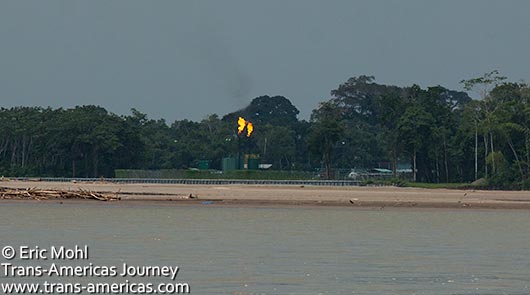 Natural gas is burned off 24-hours-a-day at this oil exploration operation on the bank of the Napo River in Ecuador’s Amazon Basin.

We thought the controversial oil exploration activity in the Amazon Basin in Ecuador would be hidden deep in the jungle, however, international oil companies from the US and China are looking for oil all over the place in the Amazon Basin. You’ll see evidence of oil camps, pumping stations, natural gas burn-offs and barges and helicopters transporting heavy equipment up and down the Napo River and all along the riverbank. 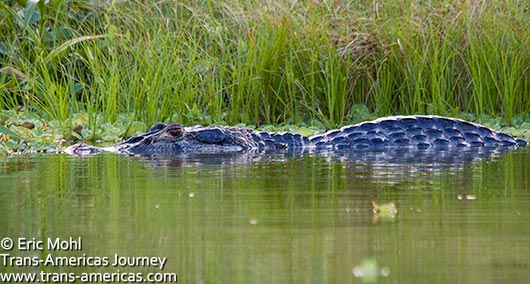 Black caimans grow big and mean in the Amazon but it’s the small stuff that makes up the bulk of the animal life.

Amazon Travel Myth #5: Everything in the Amazon is huge

If all of the animals in the Amazon were weighed, some scientists think ants and termites would account for one-third of the total weight. Some things do get big, however, including endangered giant river otters which can be more than 6 feet (2 meters) long, anacondas which have been documented at 60 feet (15 meters) long, and then there’s that 12 foot (4 meter) long black caiman we saw.

Amazon Travel Myth #6: It’s hard to get to the Amazon

Actually, to get to the lodges, trails, lagoons, Yasuní National Park and rain forests of the Amazon Basin in Ecuador all you have to do is take a 30-minute flight from Quito to Coca then get on a motorized canoe for a 2 hour trip down the Napo River to your lodging of choice. It’s even easier to explore the Amazon in northern Peru where you can get on a luxury riverboat right from the city of Iquitos. 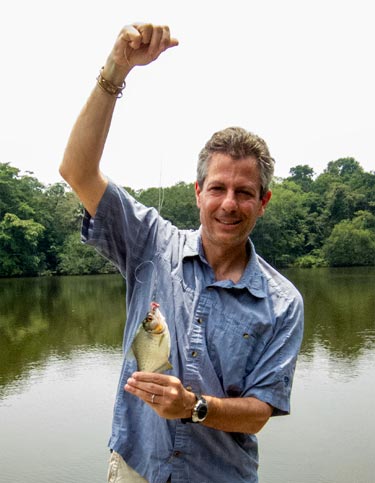 Eric catching his first piranha. Yes, we threw him back.

Blame Hollywood for the piranha’s man-eating reputation. Everyone in the Amazon Basin does. There are three species of piranha in the area, none of which are considered dangerous. In fact, Eric went swimming in a lagoon full of the things and exactly zero feeding frenzies ensued. 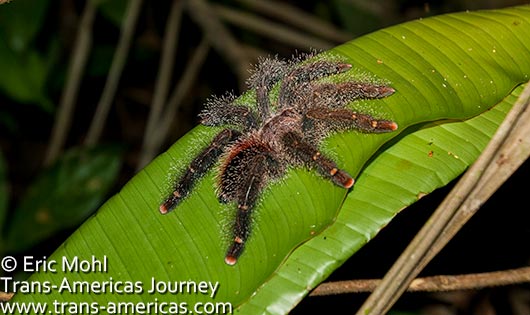 A tarantula in Yasuní National Park in the Amazon Basin in Ecuador.

Amazon Travel Myth #8: If the piranhas don’t get you the insects will

Readers of this travel blog know that if there’s an insect within half a mile it will find and bite Karen. With visions of a rain forest (and, probably, our room) full of mosquitoes the size of Smart Cars and who knows how many other hungry biters we packed enough Deet to defend the entire population of Ecuador. We used very, very little of it. As we’ve found in other fairly pristine natural areas, an ecosystem in balance usually doesn’t have too much of anything. 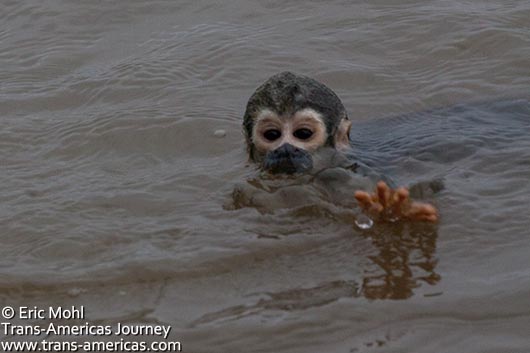 This tiny squirrel monkey was no match for the swift current of the Napo River. Don’t worry. Our guide saved it.

Most species of monkeys do just fine with short swims in relatively calm the water. Wide rivers with swift currents, like the Napo River in Ecuador’s Amazon Basin, are another story as we witnessed when a squirrel monkey fell into the river near our boat one day. Despite its best efforts, the monkey was clearly drowning. As the current swept it downstream its head began to sink below the surface and we maneuvered the boat near enough to the monkey for our guide, Fredy, to grab it and get it on the boat. It was drenched, exhausted and scared but at least it wasn’t drowning. The monkey “thanked” Fredy by biting his hand as he pried him off the boat and placed it safely back onshore.