Presidents’ Day got us thinking about our time at Mount Rushmore National Memorial in the Black Hills of South Dakota where we marveled at the giant Presidential heads and watched the impressive July 4 fireworks over Mount Rushmore. 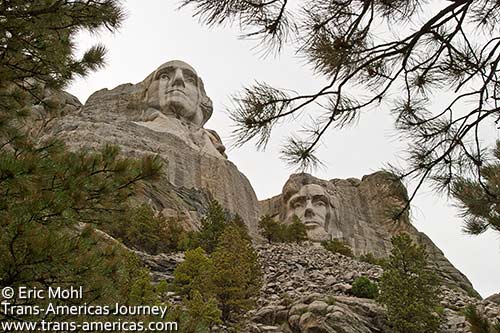 The wacky history of Presidents’ Day

We’ll get to the giant stone heads and flashy sky things in a minute. First, some facts that will help make sense of Presidents’ Day. Sort of.

It all started with the Father of our Country, George Washington. Eager to commemorate the birthday of the first President of the United States, a federal holiday was created in 1885. It was called Washington’s Birthday and it took place on the President’s actual birthday which is February 22. In 1971, as part of a nationwide drive to create more long weekend holidays in order to boost travel and commerce, Presidents’ Day was proposed. 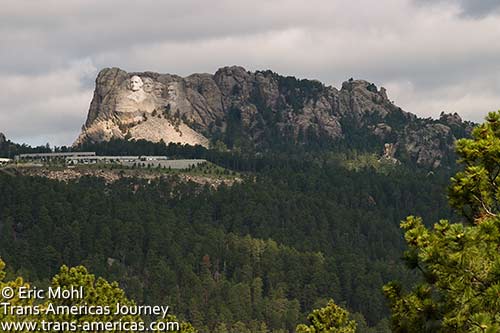 One of the most peaceful views of Mount Rushmore is from nearby Custer State Park.

Initially, March 4 (the first Presidential inauguration date) was suggested as the date for Presidents’ Day. However, the long-weekenders won out and Presidents’ Day was set as the third Monday in February. It now commonly commemorates both Washington’s birthday and President Abraham Lincoln’s birthday, which is February 12 and was never a federal holiday. 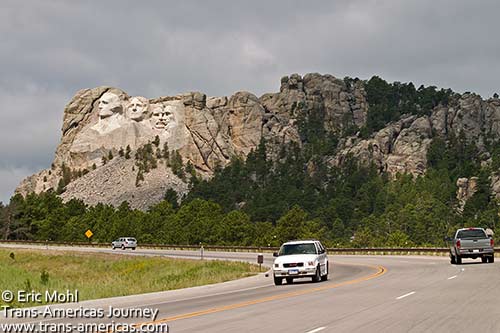 The massive Mount Rushmore carvings can be seen from miles away.

Ironically, the third Monday in February always falls between February 15 and 21 which means Presidents’ Day will never, ever fall on the actual birth date of either President Washington or President Lincoln.

An even more powerful ode to US Presidents is the Mount Rushmore National Memorial where the faces of four Presidents were sculpted into stone by Danish-American Gutzon Gorglum. Odd fact: Gorglum’s son (who completed the project after his father’s death) was named Lincoln. 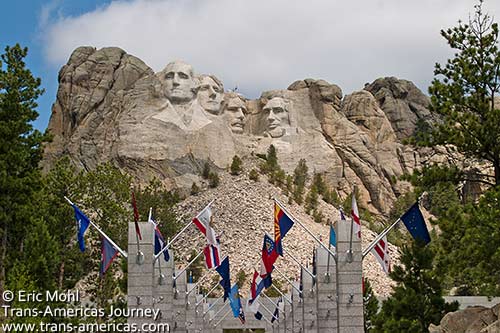 Entering the Mount Rushmore National Memorial via the Alley of the Flags which is lined with flags from every US state.

The project was started in 1927 as a way to boost local tourism (build it and they will come). Mount Rushmore was named a National Memorial and made part of the National Park Service in 1933, a year before the first 60 foot (18 meter) high Presidential bust was finished. President George Washington was first and his image was completed and dedicated on July 4, 1934. 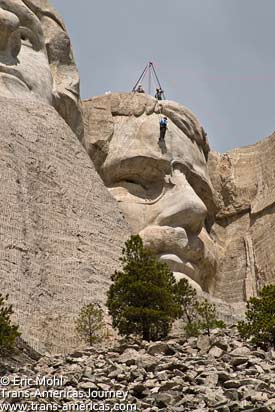 Thomas Jefferson’s face was dedicated in 1936 and the face of Abraham Lincoln was dedicated in 1937. For a brief moment, Susan B. Anthony was going to be the fourth face depicted on Mount Rushmore but Teddy Roosevelt won out. The whole project was finished by 1941 at a total cost of US$989,992.32. More than 400 workers chipped and blasted away at the project. Incredibly, no one died. 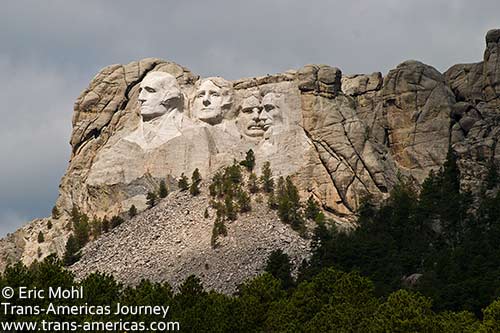 Before being named Mount Rushmore (after Charles E. Rushmore a lawyer and explorer who led an expedition to the area in 1885), the mountain was known to the area’s Native Americans who believed it was sacred. Many still do and the nearby massive stone carving at the Crazy Horse Memorial is considered, by some, to be a kind of protest or counterpoint to Mount Rushmore. 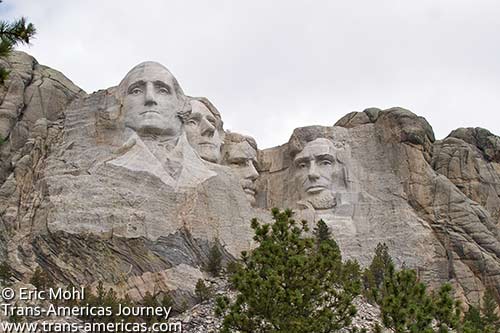 The annual Fourth of July fireworks show at Mount Rushmore is epic, but the show has been banned in recent years because of fire concerns. We saw one of the final July 4 fireworks displays at Mount Rushmore before the ban. Enjoy! Oh, and just imagine the Bon Jovi soundtrack. 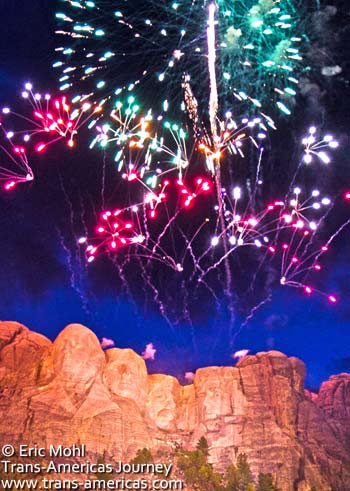 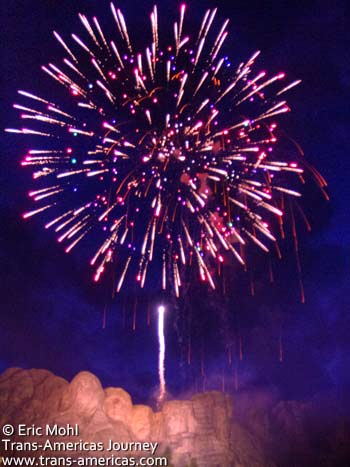 Here are more pictures of fireworks over Mount Rushmore.

Here’s more about travel to US National Parks