Charles Darwin made his first landing in the Galapagos archipelago in Ecuador on San Cristóbal Island and it might be your first stop as well. Use our San Cristóbal Island Travel Guide to make the most of your time including a beach that locals love and hotel recommendations. 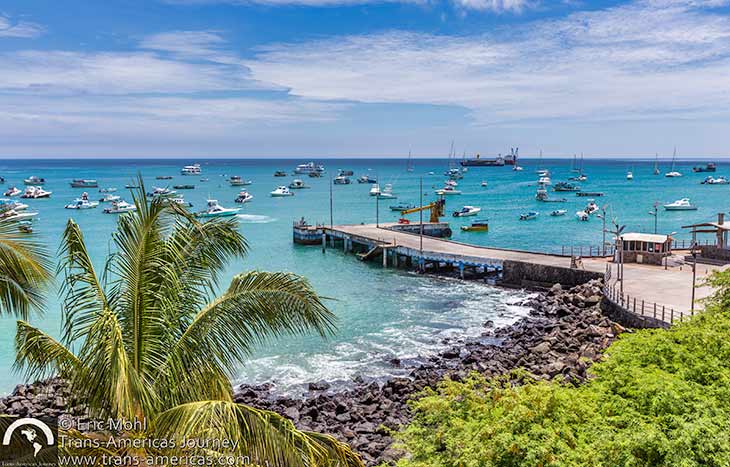 The port on San Cristóbal Island in the Galapagos Islands archipelago in Ecuador.

Things to do on San Cristóbal Island

The capital city of Galapagos province, a town called Puerto Baquerizo Moreno (named for the first Ecuadorean president to visit the Galapagos), is on San Cristóbal Island which formed from a series of fused extinct volcanos. It’s the fifth-largest island in the Galapagos archipelago, which was designated a UNESCO World Heritage site in 1978, and the most eastern island in the archipelago. 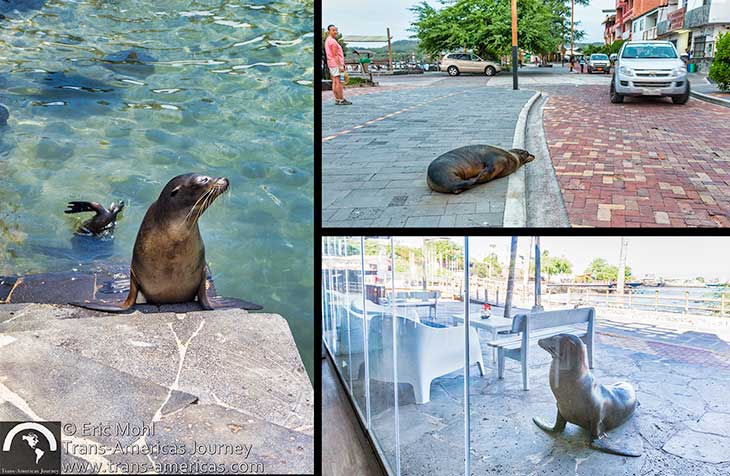 Galapagos sea lions are commonly seen all over the town of Puerto Baquerizo Moreno on San Cristóbal Island.

But there’s still plenty of room for the island’s wild inhabitants too. Sea lions often take over the benches along the waterfront in Puerto Baquerizo Moreno, flop into unattended boats in the port, take over streets, and generally commandeer any other comfortable place to sun themselves. 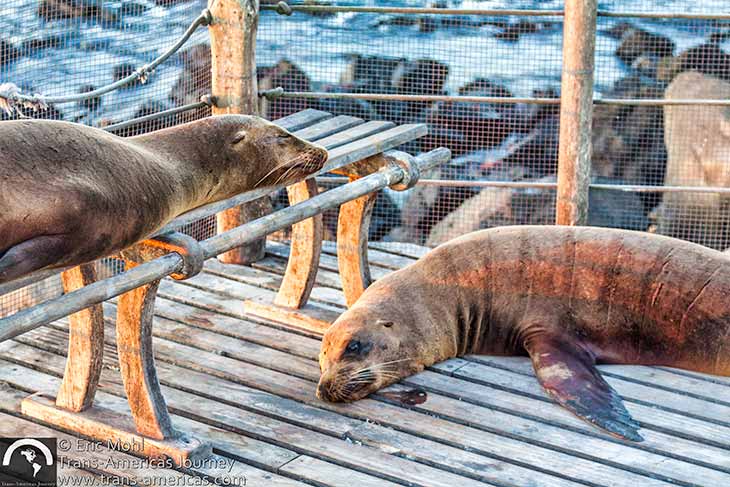 Galapagos sea lions think the benches in Puerto Baquerizo Moreno were put in for them.

Many areas of San Cristobal Island are only reachable by boat, however, here are some things to do in and around Puerto Baquerizo Moreno that don’t require a boat.

Puerto Chino (Chinese Port) is a beach about 15 miles (24 km) from the town of Puerto Baquerizo Moreno. The taxi or land tour vehicle will drop you off at the parking area and from there it’s a 1 mile (1.5 km) walk to the beach itself where white sand, calm water, and lazy sea lions await. 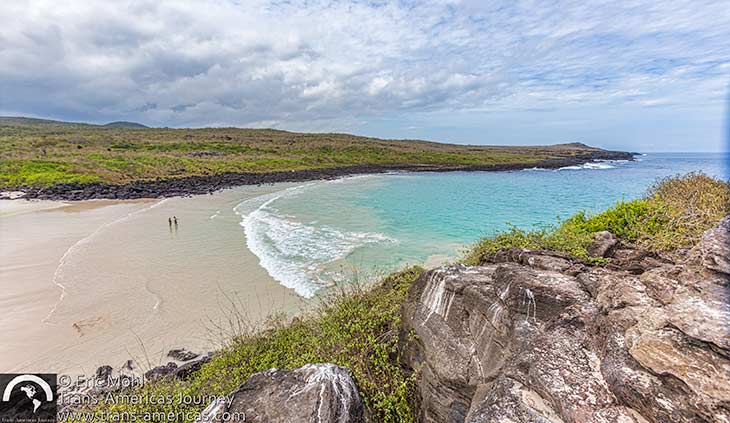 Locals love this beach and camping is also allowed here with prior authorization from the Galapagos National Park.

This somewhat golden color of the sand here gives this beach, just a few minutes on foot from central Puerto Baquerizo Moreno, its name. Sea lions love it as do students from the nearby satellite campuses of San Francisco University in Quito in affiliation with the University of North Carolina at Chapel Hill. 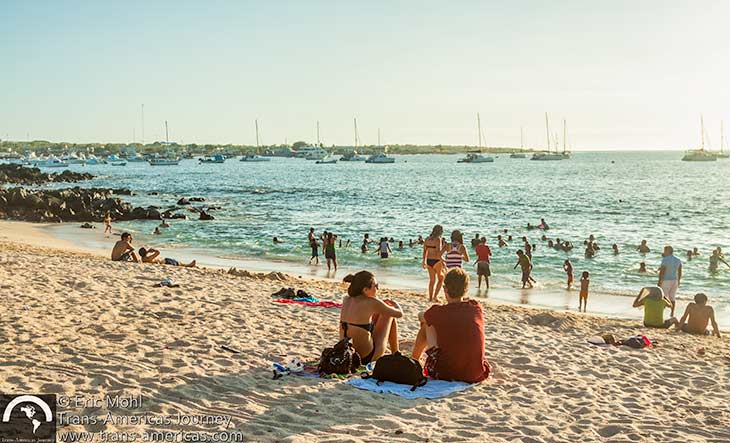 Playa do Oro at sunset.

This beach is especially lively and lovely at sunset.

For a good overview (in English and Spanish) of early Galapagos inhabitants, Darwin’s visit and influence, human inhabitation today, Galapagos wildlife, and modern conservation efforts and challenges in the archipelago, visit the Interpretation Center of San Cristóbal. Expect a lot of maps, historical photos, and dioramas as you move through this well-laid-out and never overwhelming center. which is about a 20-minute walk from town.

For style, location, and green initiatives you can’t beat the 21-room Golden Bay Galapagos. Located on the edge of central Puerto Baquerizo Moreno, this hotel is just a few feet away from the water. It’s common to walk past Galapagos sea lions on your way to or from the hotel lobby and you will certainly hear their grunts from your room. 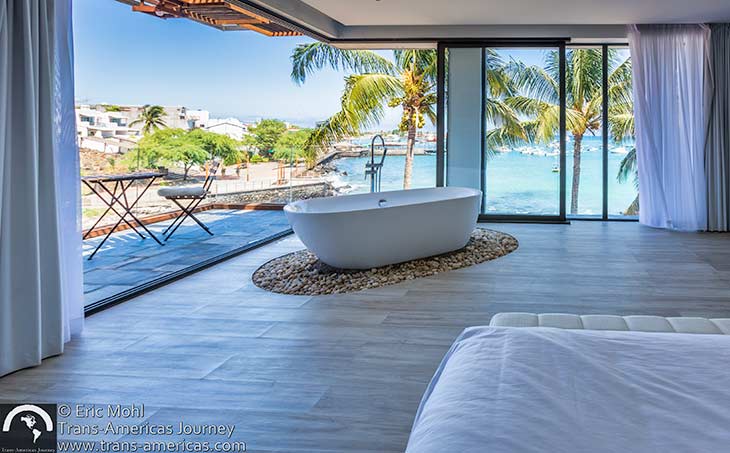 The stark and sleek decor lends a Miami-like look and feel to common spaces and the hotel’s large rooms, most of which have a sea view. Corner suites overlooking the water are worth the splurge with spectacular floor-to-ceiling windows that open completely and elegant bathtubs with a view.

Eco measures at the hotel include the use of wood reclaimed from palettes used to ship goods to the Galapagos, an on-site water reclamation system that turns grey water into water for the toilets, 100% solar hot water, paper straws, and more. 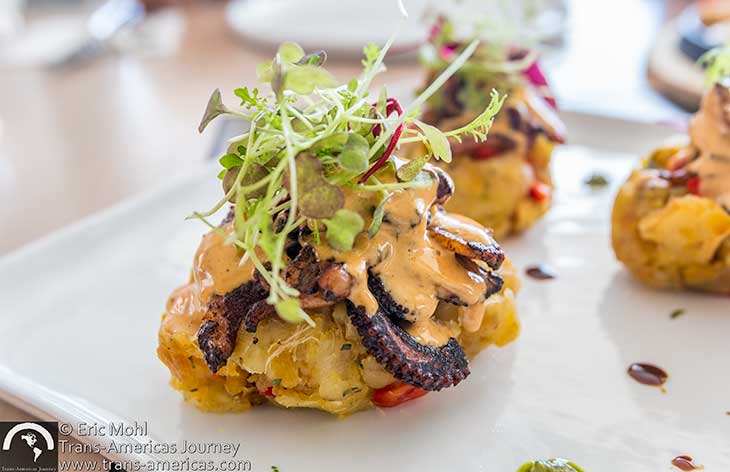 The hotel restaurant, called Muyu, uses mostly local, sustainable, and organic ingredients to turn out polished plates, creative cocktails (such as a cosmopolitan made with aguardiente), and a great breakfast spread including homemade granola. In 2019, Muyu (which means seed in the Quechua language) was honored as a 50 Best Discovery by the organization behind the list of Latin America’s 50 Best Restaurants.

Casa Iguana Mar y Sol is a luxury B&B with character. Within easy walking distance to central Puerto Baquerizo Moreno, this five suite hotel is the creation of owners Luis and Patricia.  The 3-level building which was built by Luis and Patricia handled the decor including hand-carved wood shutters, hand-made wooden beds, and playful touches like leopard print sheets. The result is a laid-back beach-chic atmosphere with sea views and gracious hosts. 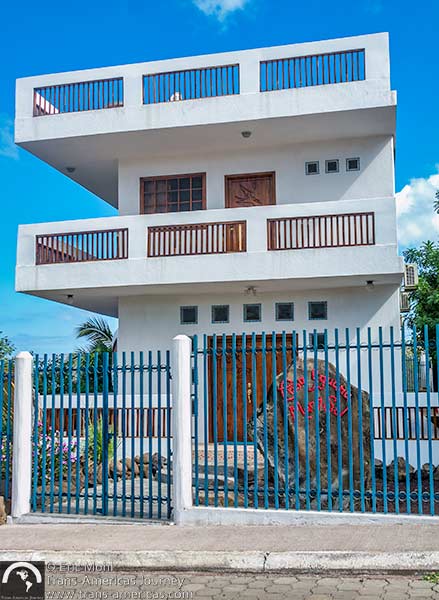 Bonus for families or groups traveling together: you can rent the whole house.

Bonus for coffee lovers: Luis and Patricia grow their own organic coffee on the island and there’s usually a small amount drying in the sun at the hotel, ready to be fresh ground for you to enjoy at breakfast.

See more of San Cristóbal Island in our Galapagos travel video, below. 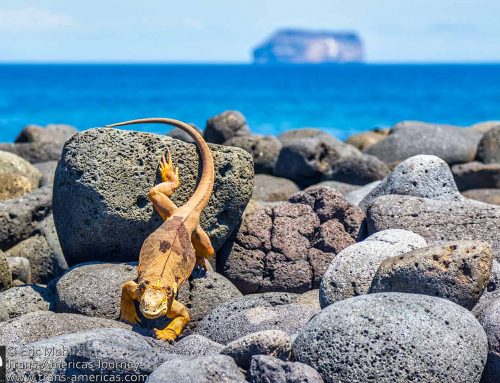