We celebrated our first 100 days on the road by hiking up a mountain in Banff National Park in Canada, reaching the highest elevation we’ve climbed to on the trip to date. 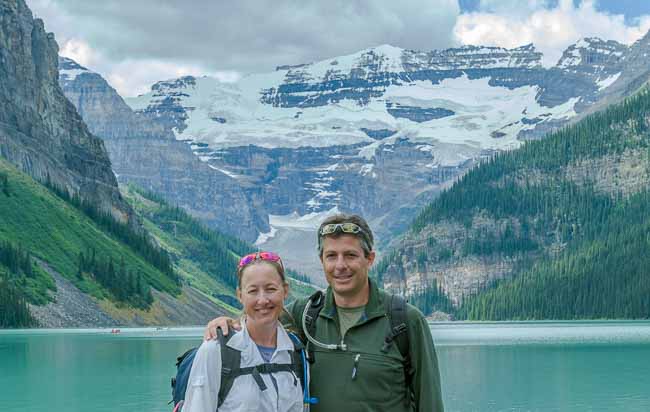 Us in front of Lake Louise celebrating our first 100 days on the road.

We joined one of the guided Mountain Heritage Program hikes offered at the Fairmont Chateau Lake Louise and hit the trail to Lake Agnes in Banff National Park, a designated UNESCO World Heritage site. As with most group guided hikes, these walks won’t push you to a personal best. But if you want a little learning with your walking, the hotel’s program is a winner—especially if your guide is Mike. Imagine Jim Carey with a naturalist degree and years spent as a Parks Canada Warden and you’ve just about nailed Mike. 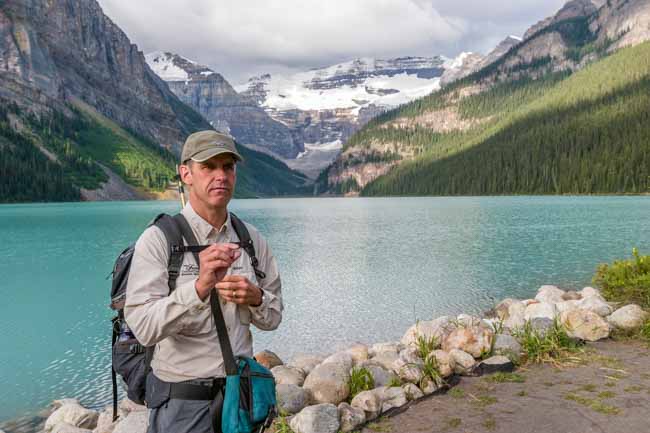 Mike the guide explaining the difference between black bears and grizzly bears. 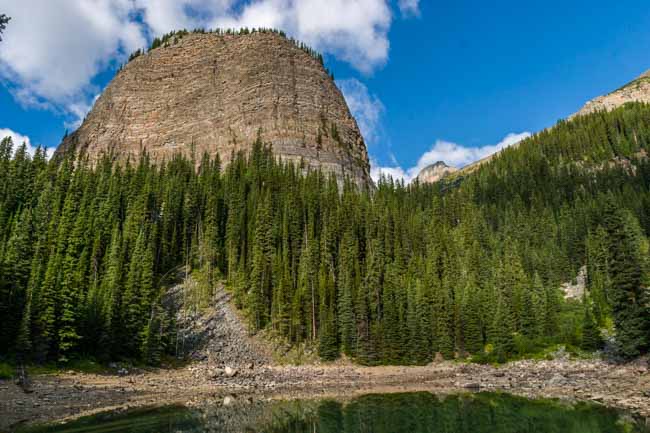 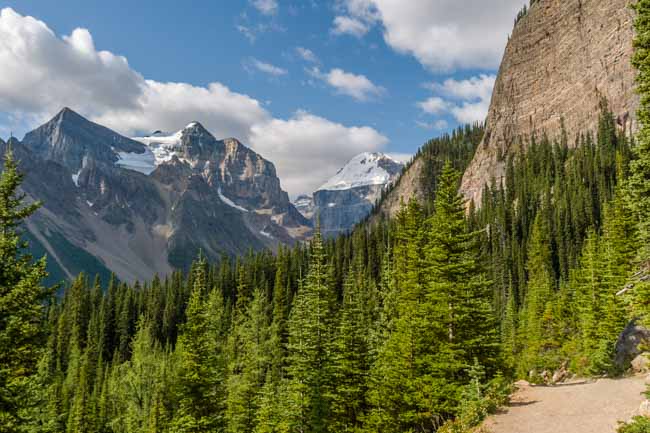 Heading up the trail to Lake Agnes. 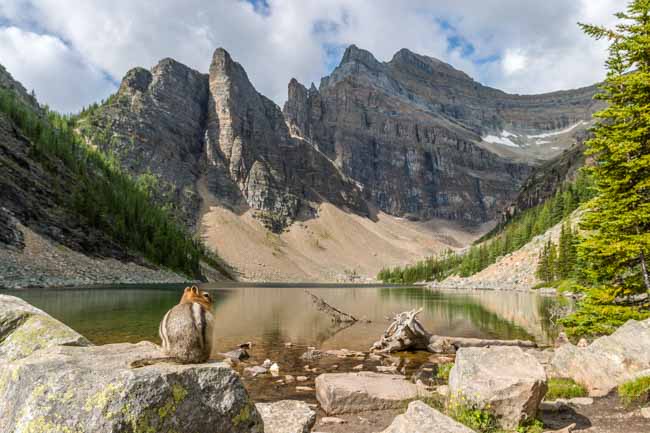 Lake Agnes (and local resident) on the way up to Mount St. Piran, which towers over Lake Louise.

When we reached our guided hike destination at the Tea House at Lake Agnes, Mike casually mentioned that there’s an attainable peak directly above where we were standing, then he handed us a Toblerone and sent us on our way. The climb was spectacular, as the trail made its way across rocky slopes and in and out of patches of scrubby forest that eventually disappeared as we broke through the tree line and zigzaged further up until we reached the 8,692 foot (2,649 meter) summit of Mount St. Piran. On the windy, rocky top we munched down the Toblerone and took in the views of Mount Lefroy and other craggy nearby peaks. 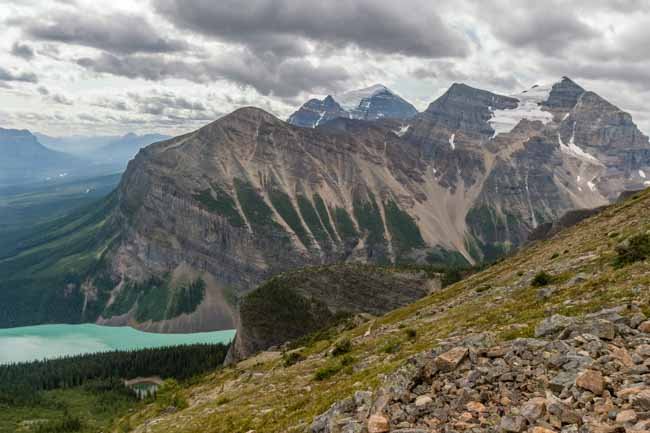 Lake Louise and the peaks surrounding it as seen from the trail up to Mount St. Piran. 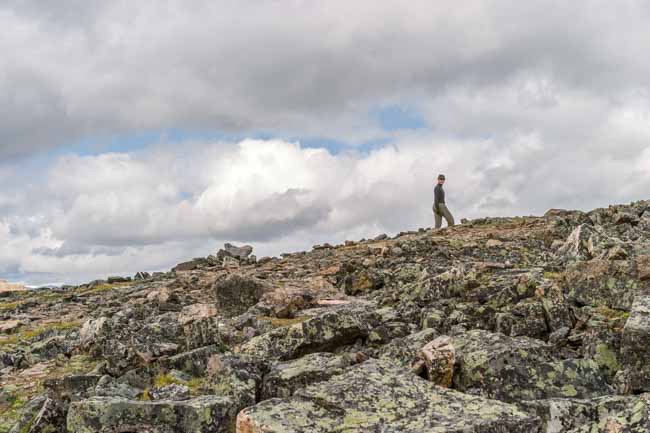 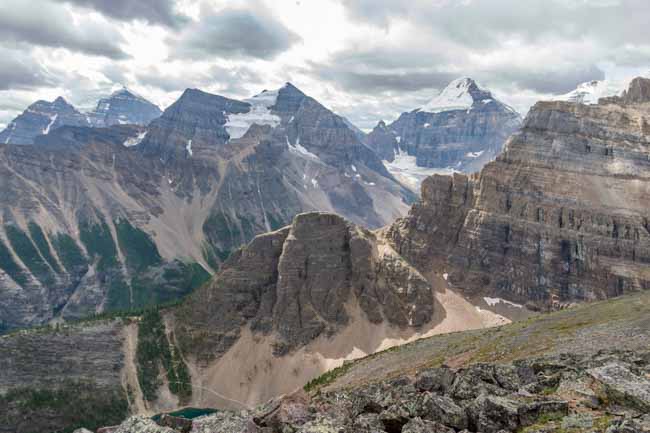 The peaks surrounding Lake Louise as seen from the summit of Mount St. Piran. 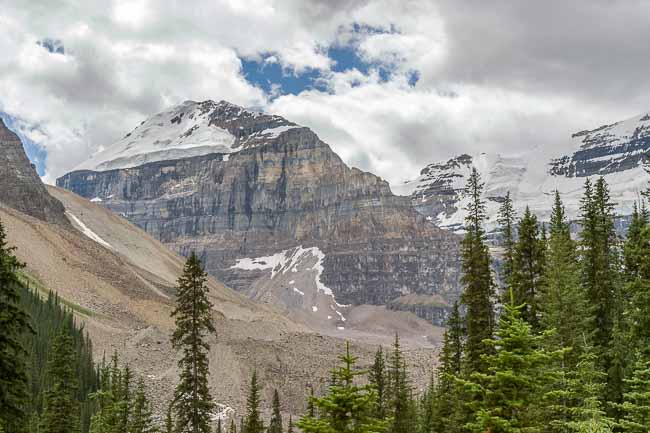 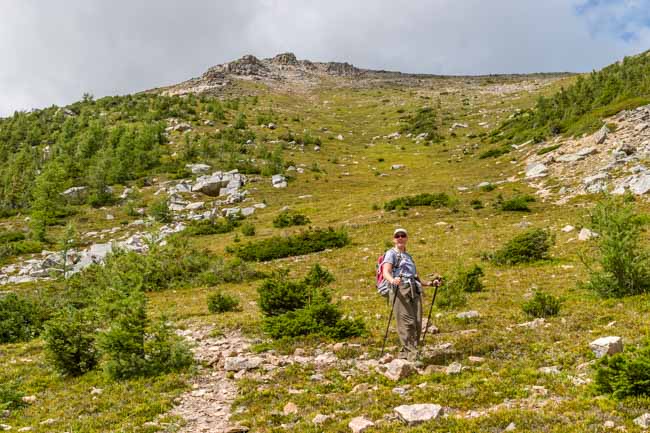 Karen on the steep descent from Mount St. Piran. 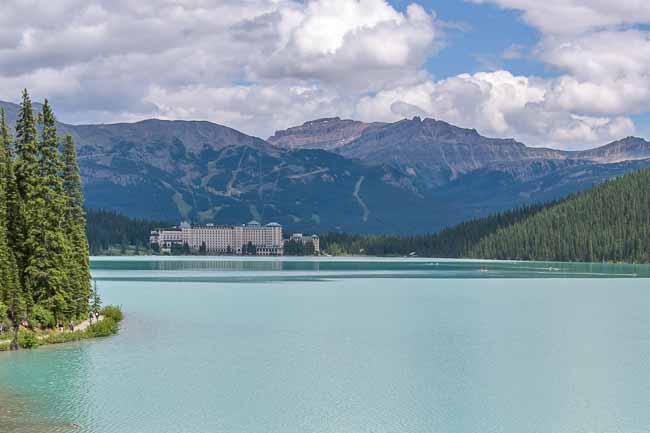 For more, read our full review of the Fairmont Chateau Lake Louise hotel.