Jackson National Park exists in a park-rich area of the Canadian Rockies along with Banff National Park, Yoho National Park, and Kootenay National Park. What Jasper offers that the others don’t is ice. Lots and lots of ice and you don’t have to join an expedition to get to it.

Jasper National Park is the largest of the parks in this contiguoius group of parks which jointly cover almost 9,000 square miles (23,309 square km) which is larger than the state of New Hampshire. In 1984 these parks were jointly designated a UNESCO World Heritage site. Jasper offers mountains, trails, lakes, wildlife and other park staples, but we were there for the ice. 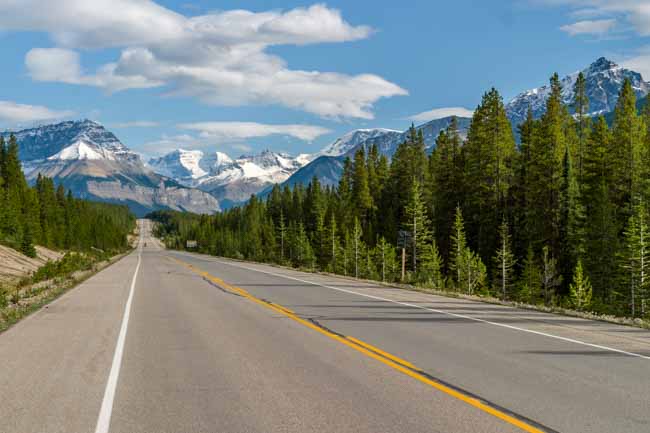 Nothing but scenic driving along the Icefields Parkway through Jasper National Park. 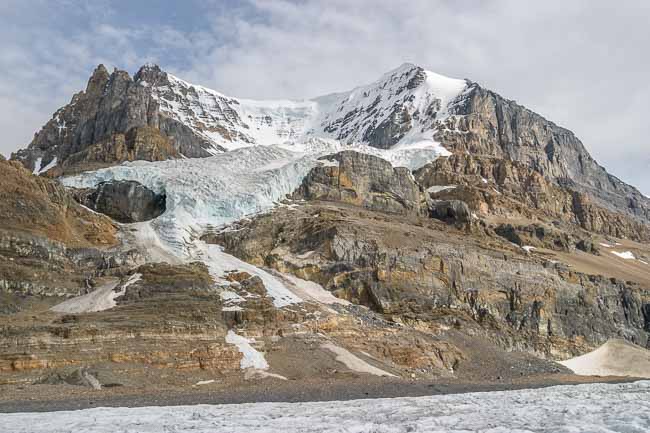 A hanging glacier above the Columbia Icefield.

We drove up the Icefields Parkway to Jasper National Park for a peek at the largest body of ice in the Canadian Rockies at the vast and glacier-filled Columbia Icefield. We’re are not usually very big on taking organized tours of any kind for any reason, but we made an exception to tour the 1,000 foot (300 meter) deep Athabasca Glacier which can only be visited on a tour. 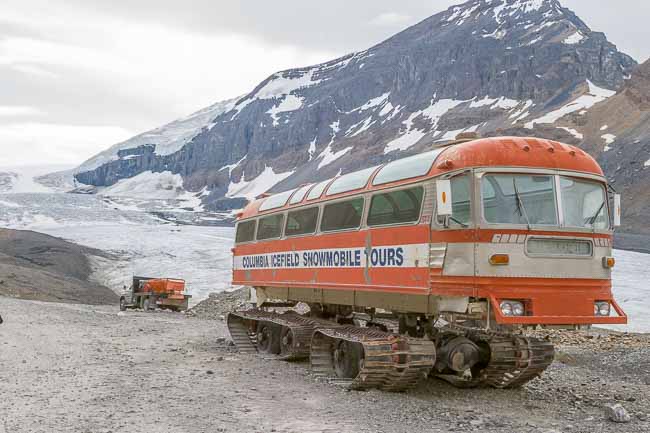 This retired snowcoach has been replaced by newer versions which take tourists onto the Athabasca Glacier and the Columbia Icefield.

And so, we hopped into a huge “snow coach” (picture the biggest cat track you’ve ever seen with a huge tour bus perched way up on top and you’re about right). This specially made machine slowly but surely navigated its way out onto the glacier itself. All the while, the driver filled our imaginations will all manner of fact and figure about the ice.

By the time we reached our destination on top of the glacier and were told we could get out for a (careful) walk, we almost had too much respect for the amazing ice to step on it. Almost. 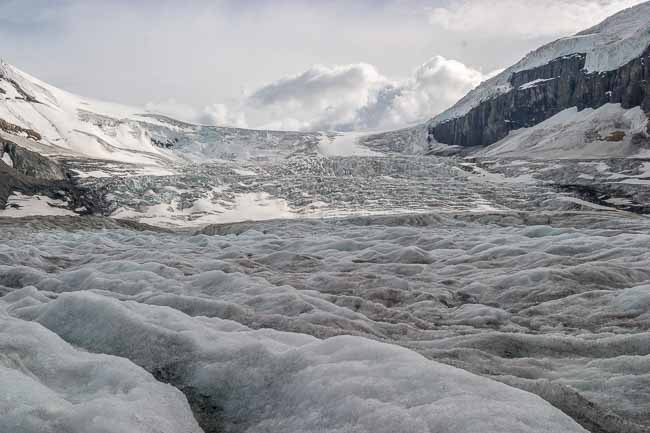 The Columbia Icefield, including the awesome Athabasca Glacier, is five times the size of Manhattan and up to 1,200 feet (365 meters) thick.

In addition to all that awesome ice, Jasper also has typical Canadian Rockies including mountain peaks, lakes, and wildlife. 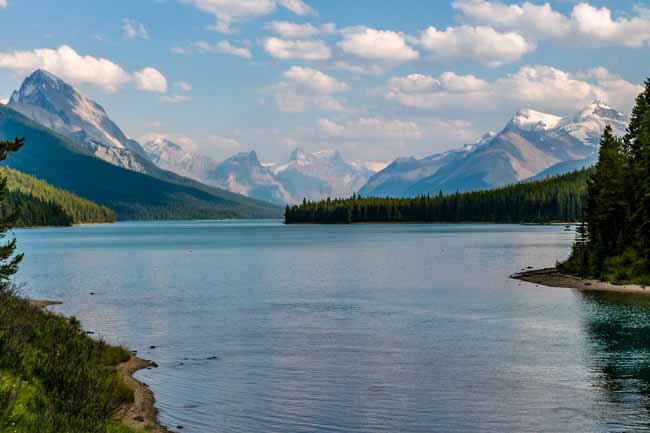 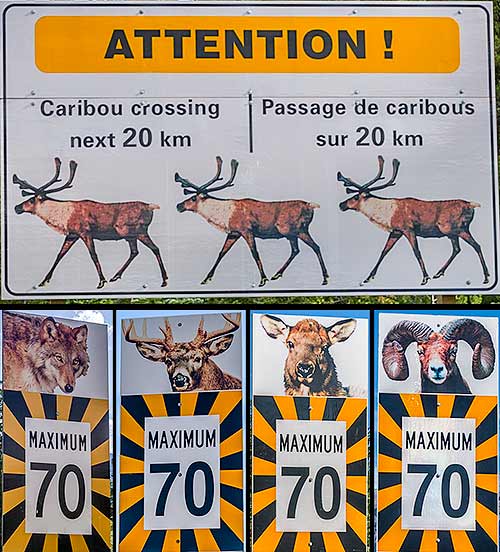 The park is full of wildlife, so heed the warnings and drive carefully. 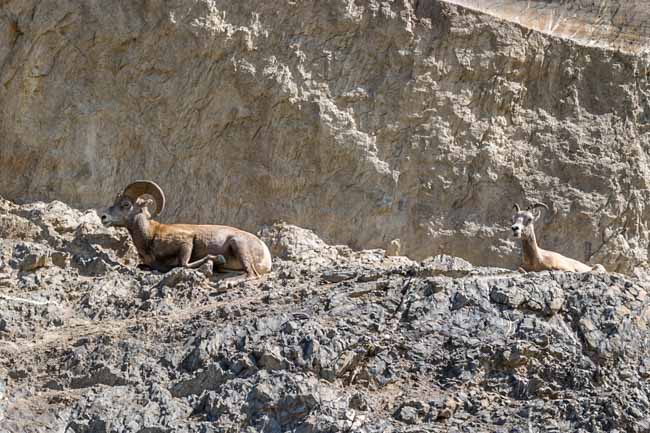